Here is a snapshot of the most read and top stories of 2022 posted by the University of Nebraska at Kearney’s communications and news team. 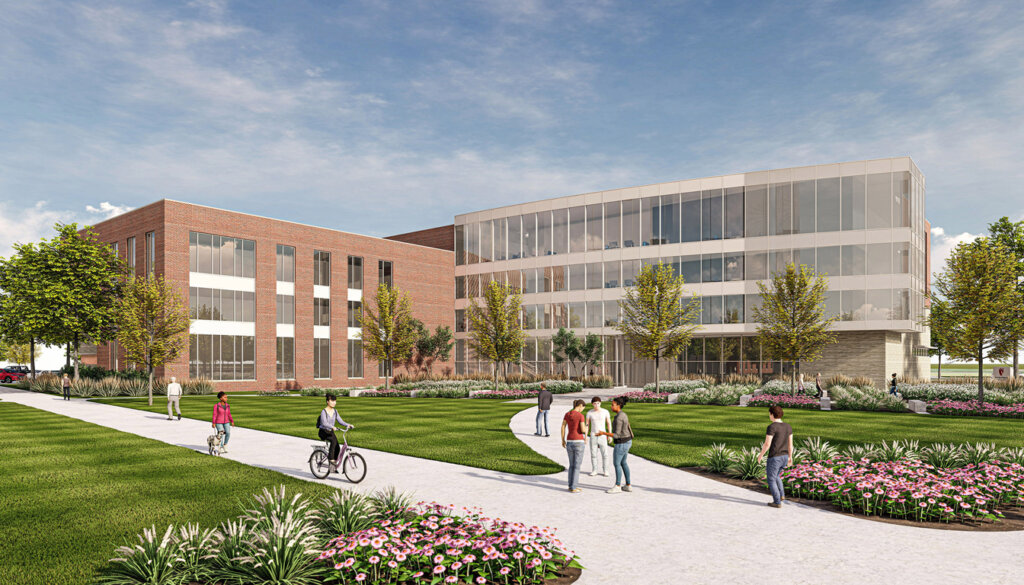 State senators on Thursday gave final approval to legislation allocating Nebraska’s share of federal American Rescue Plan funds, including $60 million for a proposed Rural Health Education Building that would expand health care programs on the University of Nebraska at Kearney campus.
Building on the successful collaboration between UNK and the University of Nebraska Medical Center, the new Rural Health Education Building would significantly expand capacity for students to train in Kearney and remain in rural Nebraska after graduation to practice health care.

This isn’t your average office building.
The University of Nebraska at Kearney’s Regional Engagement Center will transform campus and the community, bringing new opportunities to rural Nebraska and connecting people across the state.
“It’s going to be the key gathering place for the university and for companies, businesses and visionaries in central and western Nebraska. Everything that we think is important will be able to happen here in the Regional Engagement Center,” UNK Chancellor Doug Kristensen said Thursday morning during a groundbreaking ceremony for the $15.6 million project.

New fraternity and sorority housing scheduled to open next year

Construction crews continue to make steady progress at the site of UNK’s new fraternity and sorority housing.
The $32.65 million project includes a renovation of Martin Hall, which was last occupied in 2014, and the addition of a new residence hall directly to the north.
The new building will feature chapter rooms in the basement, chapter lounges on the first floor, assigned housing pods on the second floor and flexible housing units on the third floor. It’s designed for Panhellenic sororities, with meeting and lounge space for Multicultural chapters.

Kristen Majocha has been selected as the new senior vice chancellor for academic affairs at the University of Nebraska at Kearney. Chancellor Doug Kristensen made the announcement Wednesday, following a national search.
Majocha is currently dean of the College of Social Sciences and Human Services and College of Education and Liberal Arts at California University of Pennsylvania. She will replace Charlie Bicak, who is retiring after serving in the position for 13 years. Pending presidential and University of Nebraska Board of Regents approval, she will begin at UNK on July 1. 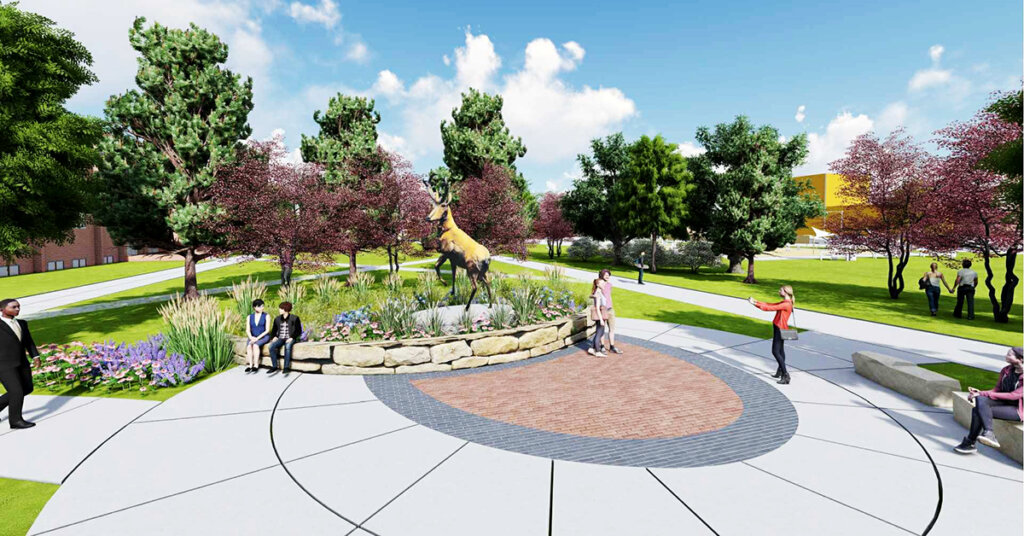 Otto Olsen is gone.
Now, the University of Nebraska at Kearney is turning its attention to preparing and developing the site where the prominent educational building served campus for 66 years.
While the land is prime development property that could fill several future university needs, immediate plans are to add parking and new lighting, create greenspace and install a large antelope sculpture.

Nebraska Medicine is making plans to expand cancer services to Kearney with the construction of a new facility. A request for proposal (RFP) has been released to solicit input on the project.
The center would be focused on providing additional cancer services to the communities of central Nebraska.
“We were thrilled to join forces with Heartland Hematology and Oncology in Kearney late last year,” said Cory Shaw, executive vice president-chief operating officer for Nebraska Medicine. “This is an incredibly busy practice that is providing life-saving care to the people of central Nebraska. The current facility is at its maximum capacity, while the demand for their expert care continues to grow.” 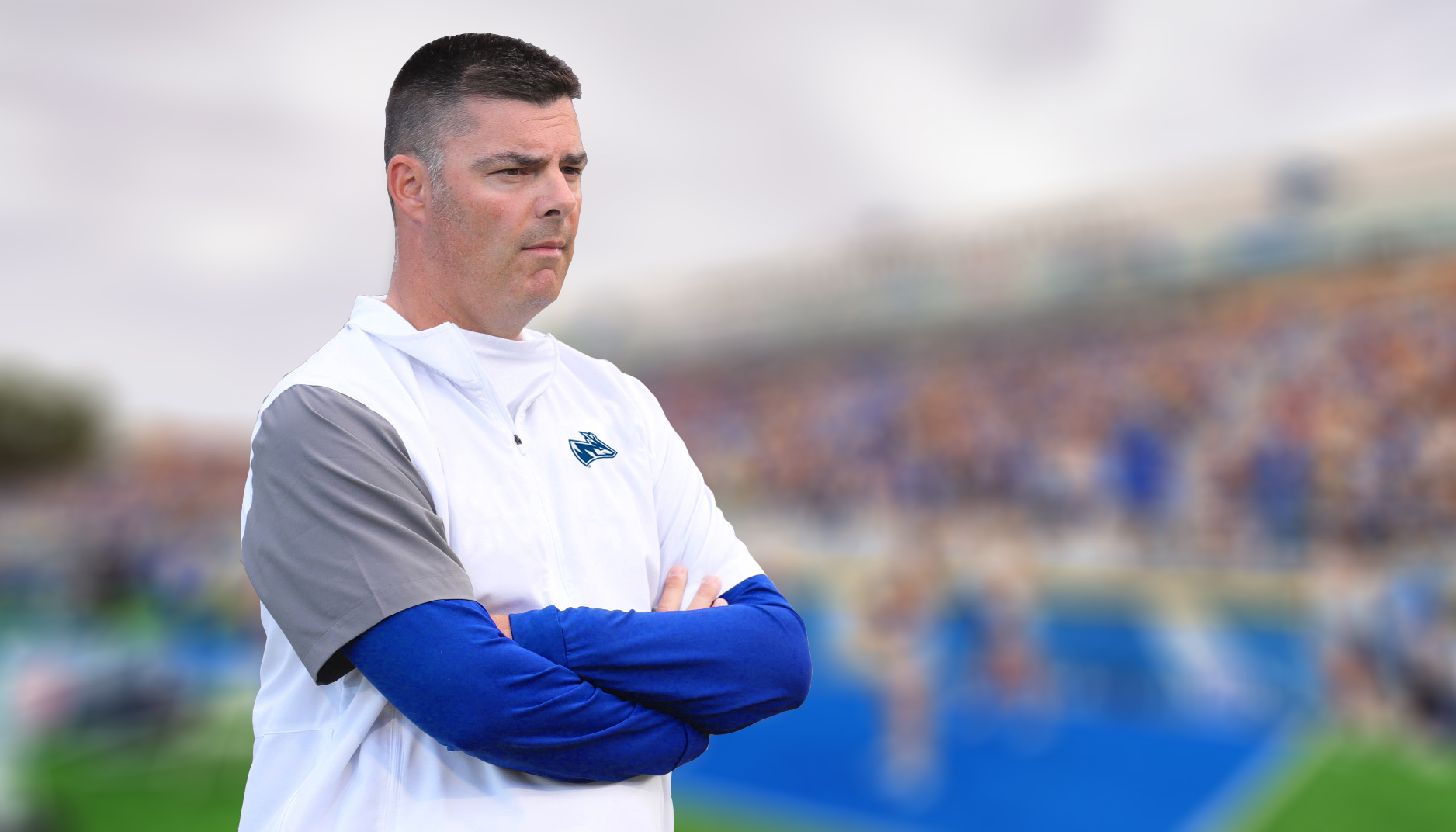 Former Nebraska and North Alabama coach Ryan Held has been hired as head football coach at UNK, Director of Athletics Marc Bauer announced today.
Held, 48, spent the past season as interim head coach and offensive coordinator at NCAA Division I University of North Alabama. Before that, he was an assistant/running backs coach and recruiting coordinator at Nebraska (2018-21) and assistant/running backs coach at the University of Central Florida (2016-17).

The new Loper Spirit Shop opened just three weeks ago, but you can already see the impact across the University of Nebraska at Kearney campus and throughout the community.
Students, staff, faculty, alumni and other UNK supporters are eager to check out the revamped store inside the Nebraskan Student Union, which now offers a better selection of apparel and merchandise for anyone looking to show their Loper pride.
“The response has been really positive,” said manager Len Fangmeyer. “Everyone is excited to see the new graphics and styles, as well as the variety of merchandise that’s available. We’re getting more items every day, so people are stopping by two, three, four times a week to see what’s new.” 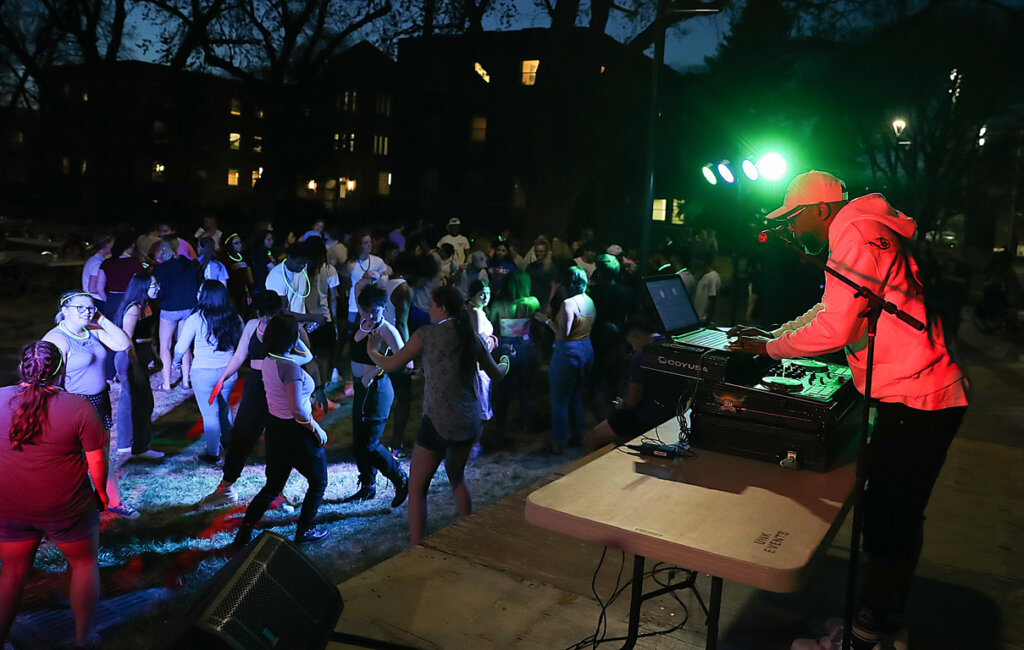 Tom McGuire needs only one word to describe the current teacher shortage.
Unreal.
“Everybody needs teachers,” said McGuire, a middle school principal in Sioux City, Iowa.
When he graduated from the University of Nebraska at Kearney in December 1990, there were 70 to 80 candidates competing for the same job, according to McGuire, who’s held teaching and administrative positions in Millard, Columbus and Central City.
“Now we’re lucky if there are four or five candidates,” he said, “and we might have three positions.”

Home is where the heart is. And where the career is, as well — at least for the nearly 250 students who have completed or are completing the Kearney Health Opportunities Program (KHOP), a cooperative program between the University of Nebraska at Kearney and University of Nebraska Medical Center.
The program is aimed at high school students who are rural residents, are interested in a health care career, and who commit to come back to a rural area to practice. 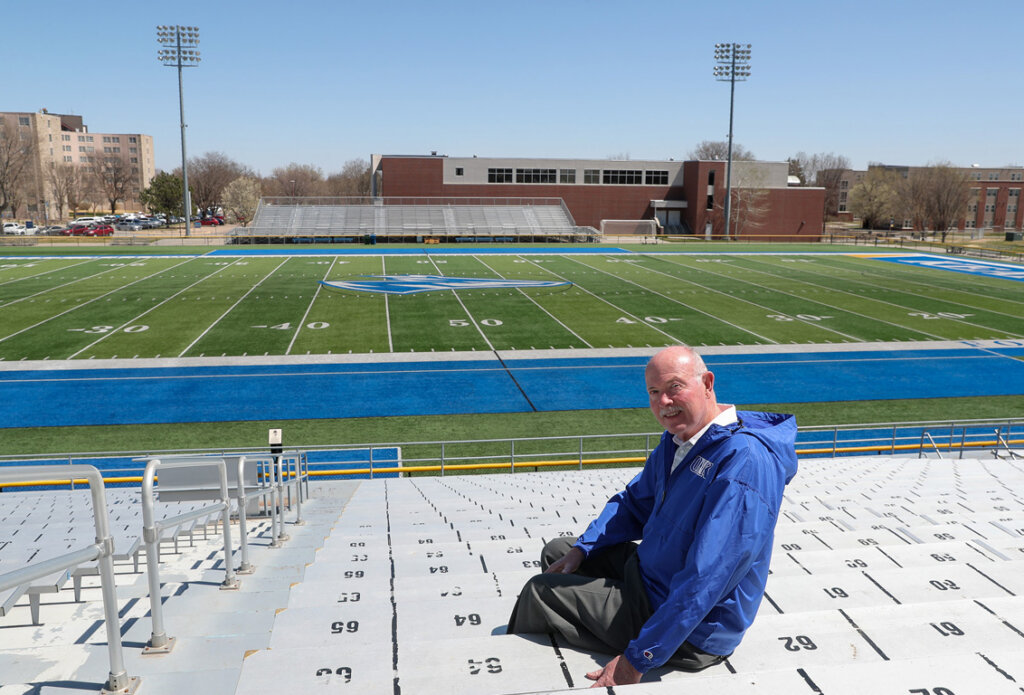 When Charlie Bicak retires later this month, he and wife Marylin won’t be leaving Kearney to spend their golden years in some faraway location.
You’ll still see him around the University of Nebraska at Kearney campus – at theater productions, music concerts, athletic contests and other events.
“This is home,” he says. And it always will be.
The senior vice chancellor for academic and student affairs at UNK since 2009, Bicak is leaving the position June 30, ending a 40-year career in education.

Eileen Carpenter couldn’t finish college. She received a UNK degree for ensuring others can.

I want to help those people’: UNK program prepares students for law careers in rural Nebraska

From airway science to business law, Carstenson leaves behind 32 years of success

Family Tradition: Aspen Luebbe was destined to be a Loper