The University of Nebraska at Kearney’s Regional Engagement Center will transform campus and the community, bringing new opportunities to rural Nebraska and connecting people across the state.

“It’s going to be the key gathering place for the university and for companies, businesses and visionaries in central and western Nebraska. Everything that we think is important will be able to happen here in the Regional Engagement Center,” UNK Chancellor Doug Kristensen said Thursday morning during a groundbreaking ceremony for the $15.6 million project.

More than 125 people, including city, state and university officials, attended the event at UNK’s University Village development, where the 52,000-square-foot facility will be built directly west of the Village Flats residence hall. It’s expected to open in early 2024.

Standing in the middle of the former farmland, Kristensen called the Regional Engagement Center a “linchpin” for the 104-acre development that’s started to take shape over the past four years.

“We really are putting an urban village in a rural community, which is so unique,” he said. “That doesn’t happen anywhere else in Nebraska, but it’s happening here in Kearney.” 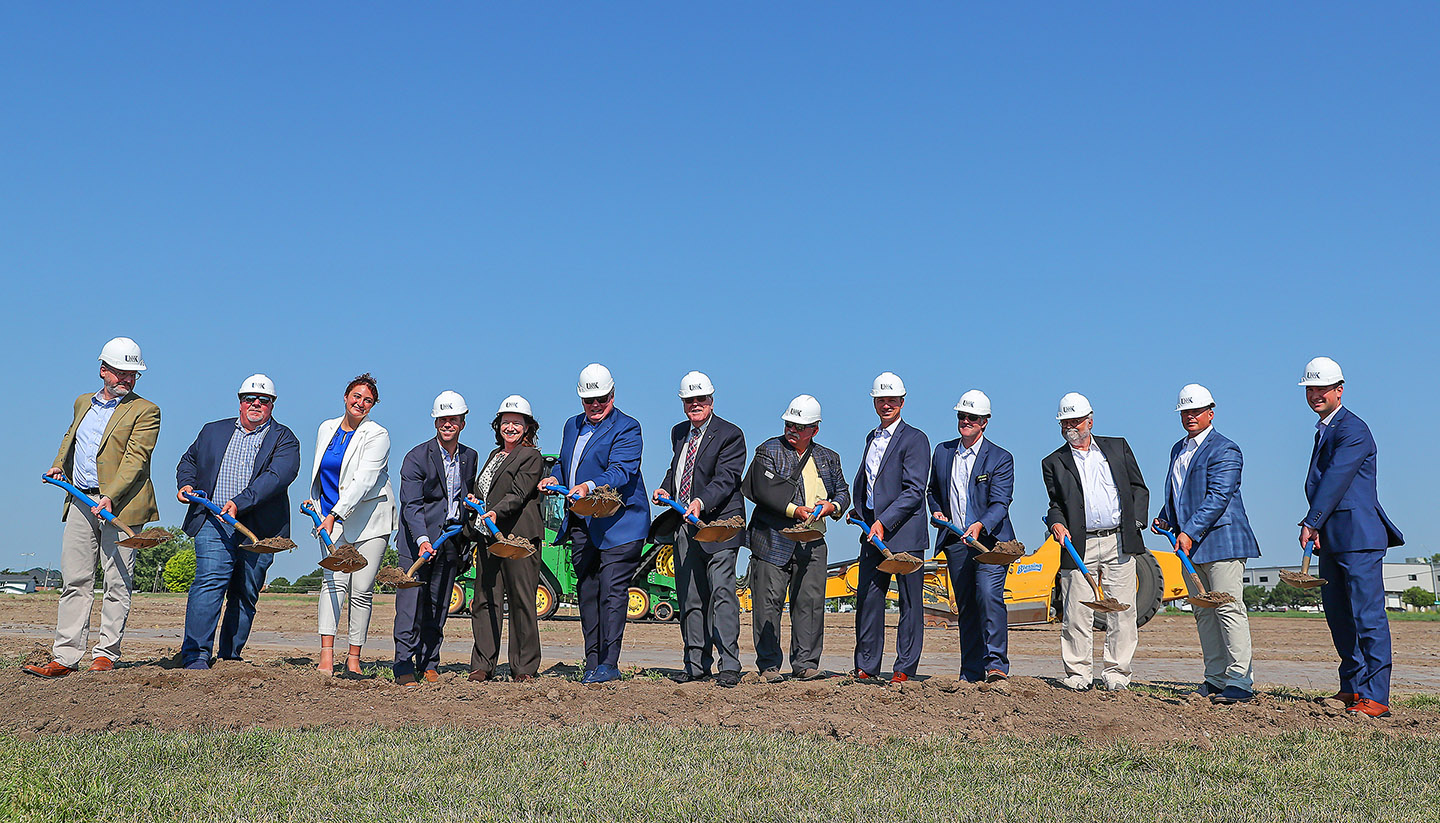 A public-private partnership, the Regional Engagement Center features upscale, technology-rich office and meeting spaces that will bring new businesses and organizations to Kearney while complementing the university’s academic activities.

“If you’re looking for leading-edge office space or a place to begin or enhance your business in the state of Nebraska, look no further than the Regional Engagement Center,” Kristensen said.

Chief Industries, Allo Communications and the Olsson engineering and design firm are already committed to leasing office space there, along with the UNK Alumni Association and University of Nebraska Foundation.

And that’s just the beginning.

“As we go along, there are going to be a lot of other partners, and they’re going to bring a lot of activity to not only the university but to the community of Kearney,” Kristensen noted.

The center will strengthen Kearney’s role as a regional hub by bringing communities together through both public and university events while allowing students to easily interact with future employers.

“This is a big deal to the university, and I think it’s going to be a huge deal for the city of Kearney,” Kristensen said. “And it will impact rural Nebraska.”

UNK is partnering with a Salt Lake City-based real estate development and management company on the project. Woodbury Corporation has a long history of university collaborations dating back decades.

“Without the private, cooperative spirit that we’ve had, we would not be here this morning,” Kristensen said.

Jeffrey Woodbury, the company’s senior vice president of development and acquisitions, shares the chancellor’s vision for the project. He called it a tool that will spur future development at the University Village site.

“To me, this is really an exciting time, because I know a lot more will come,” Woodbury said.

Joey Cochran, a UNK graduate and vice president of the University Village board, believes the Regional Engagement Center is an important addition.

“One of our many visions was to weave the community of Kearney and the university together. The Regional Engagement Center truly exemplifies that vision,” he said. “It’s going to be one of the cornerstones of University Village.” 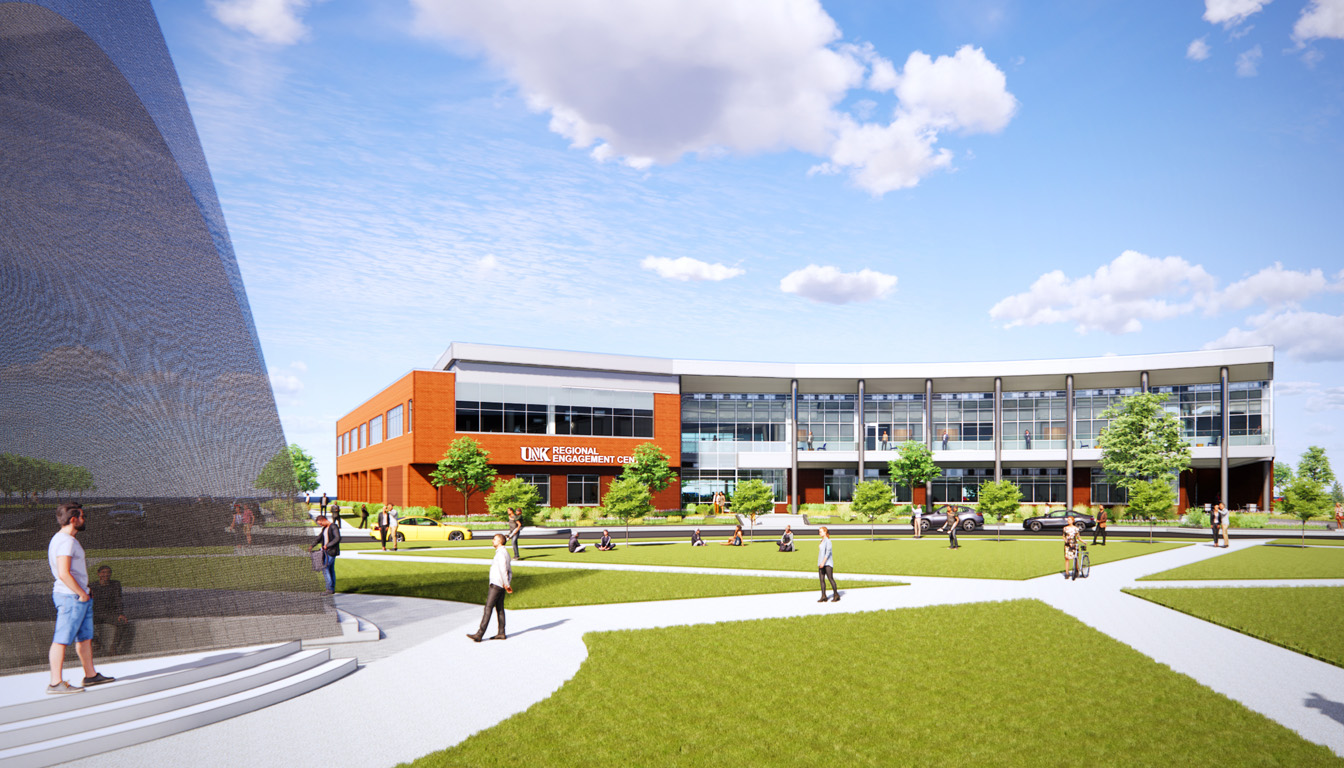