With much of the interior already gutted, Chancellor Doug Kristensen brought down the first wall on the west half of the building. Bricks, glass and metal crunched under the arm of the excavator as a handful of people gathered to watch.

“There’s nostalgia, but I don’t think there’s any regret. … I’m so excited to see this building come down,” said Kristensen. “When you see construction fence on a college campus that means there is progress going on.” 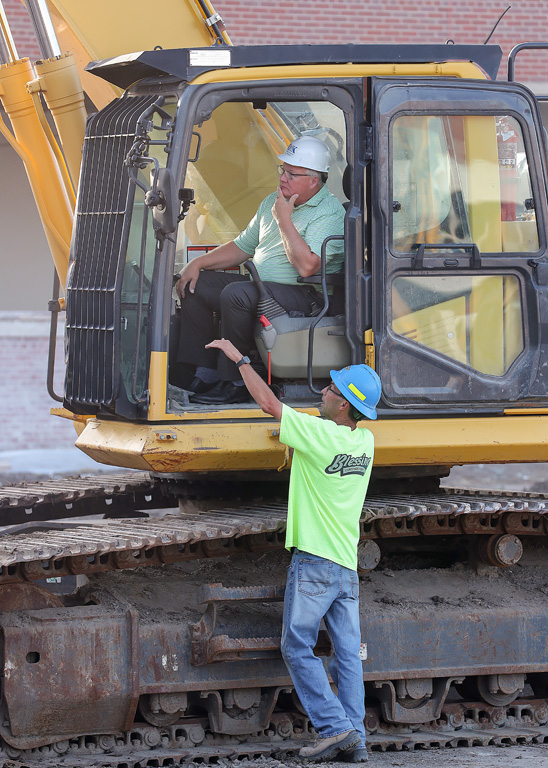 Otto Olsen is the fourth UNK building removed this spring and summer as part of the campus master plan. The former Luke & Jake’s Bar-B-Q restaurant, UNK’s east heating plant and Conrad Hall were torn down over the past few months, with Blessing Construction of Kearney doing the work.

Future plans for the Otto Olsen space haven’t been finalized, but the area will include additional parking on the south side and green space to the north. Building demolition will continue over the next few weeks, and the site will continue to be graded and cleaned up the remainder of the summer and this fall. 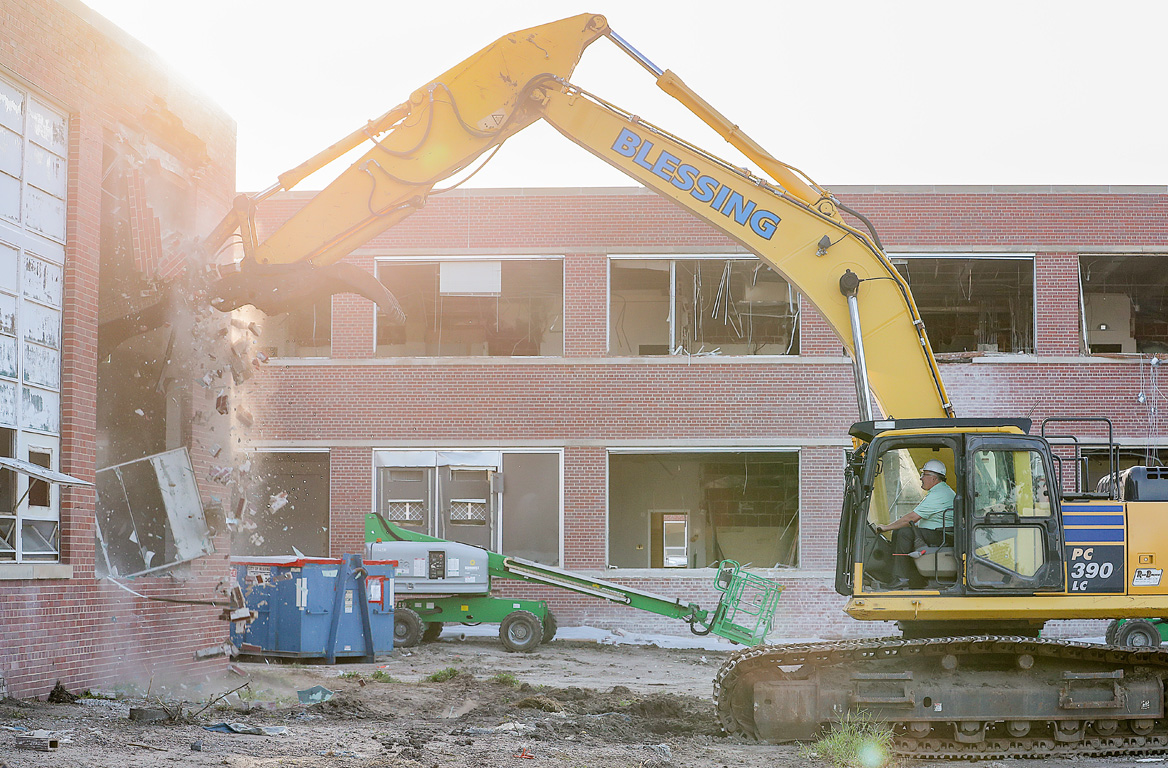