You are here: Home / Archives for Blessing Construction 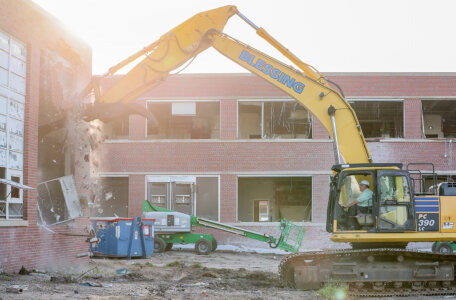 ﻿ Following months of abatement work and site preparation, construction crews began demolition Thursday morning of the Otto C. Olsen building at the University of Nebraska at Kearney. With much of the interior already gutted, Chancellor Doug Kristensen brought down the first wall on the west half of the building. Bricks, glass and metal crunched under the arm of the excavator as a handful of people gathered to watch. “There’s nostalgia, but I don’t think there’s any … END_OF_DOCUMENT_TOKEN_TO_BE_REPLACED 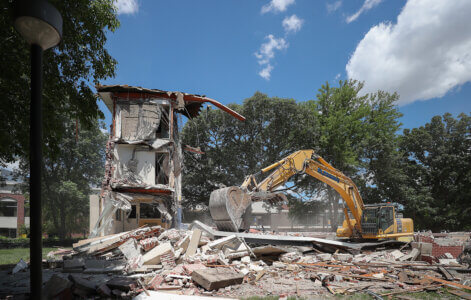 ﻿ Conrad Hall is officially a memory. The former residence hall was razed over the past two weeks, clearing the way for an enhanced green space that extends the Nebraskan Student Union plaza. The outdoor area will serve the new fraternity and sorority housing scheduled to open in late 2022 or early 2023, as well as other students on campus. Located south of the student union on the east side of campus, Conrad Hall was completed in 1957, when it was known as … END_OF_DOCUMENT_TOKEN_TO_BE_REPLACED