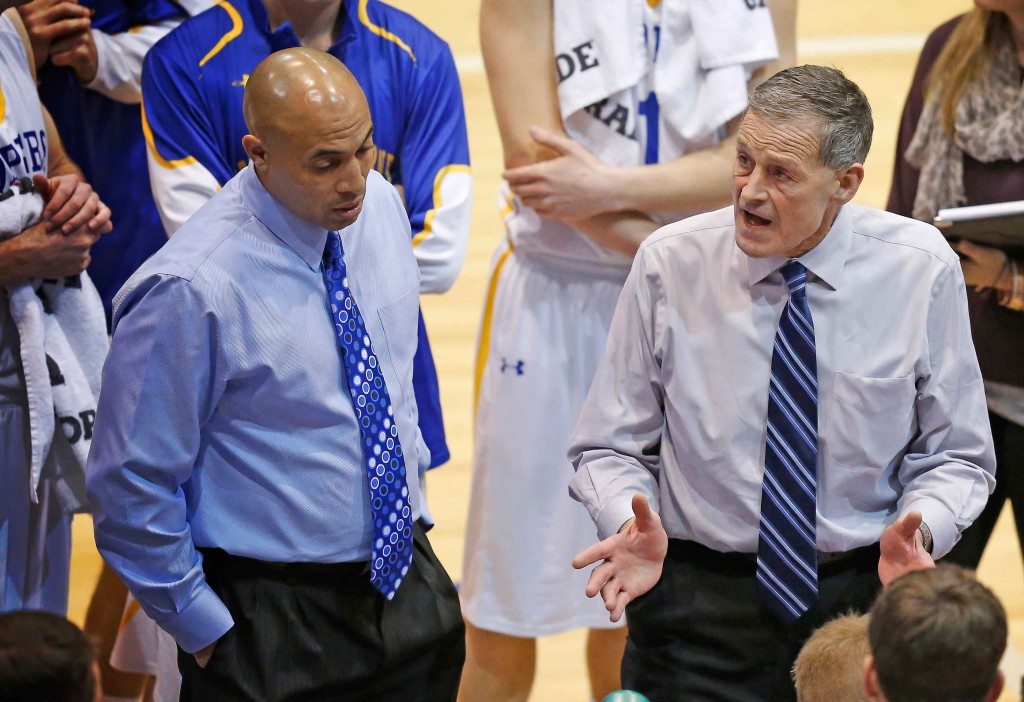 KEARNEY – Loper legend Tom Kropp announced his retirement today, and in typical fashion, did not want any attention.

No news conference, no party, no farewell videos set to music. Just a news release, that his last day as men’s basketball co-head coach is June 30.

A Nebraska athletic legend, Kropp recently completed his 39th season with University of Nebraska at Kearney basketball and finishes his head coaching career with a 482-245 record, covering 25 seasons (1990-15).

The Aurora native was an All-American basketball and football player at UNK and, after a professional basketball career, served as a graduate assistant and assistant coach under Hueser for 10 seasons. 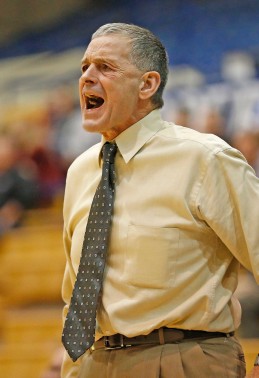 “At 62 years old, I am one of the older basketball coaches in the profession, and every year I like to re-evaluate my options. My retirement from coaching is a timely decision, because the basketball program is showing strong potential for continued success under the leadership of Kevin Lofton, whom I fully support. In addition, I always wanted to return to teaching full-time toward the end of my career.

I would like to take this opportunity to express my gratitude to (A.D.) Dr. Plinske and the members in the Athletic Department, as well as the UNK and Kearney communities for their support.”

UNK Athletic Director Paul Plinske said he was not surprised by coach Kropp’s decision, nor the apparent abruptness of it, saying, “That’s Tom.”

“Tom Kropp is a legendary player and coach for UNK,” said Plinske. “He is an even better person, so accepting his retirement as our head men’s basketball coach makes this a bittersweet time in the history of our athletic department. He has served our department with integrity, passion for his job and care for others for nearly 40 years as a player, coach, mentor and leader.”

Lofton, on the Loper coaching staff since 1995, will assume head coaching duties, Plinske said. The Arizona native has 156 wins since being elevated to co-head coach prior to the 2005-06 season. This summer, Lofton will name a full-time assistant coach, as well as a graduate assistant coach.

“Tom and Coach Lofton have worked together for 20 years. Kevin has outstanding relationships with our student-athletes, is a passionate recruiter, a great teacher of the game and knows how to inspire our team to attain championship-level performances,” said Plinske. “Both Kevin and I know that there is a tremendous part of Coach Kropp in the foundation of this program. We are excited to build off the example Tom was and help this program reach its fullest potential.”

Kropp is a tenured faculty member who holds a doctorate in education, and he will teach full-time in the Department of Kinesiology and Sport Sciences for the College of Education in fall 2015.

“It’s truly been an honor to work beside Coach Kropp for the past 20 years. He’s been like a father to me and I’ve learned so much from him. I know he’s had a major impact on the Kearney Community and on the State of Nebraska. He’ll be greatly missed on the sidelines,” said Lofton. “I want to respect what he’s built and continue to put quality kids on the floor. Kids that have good attitudes and that will do the right things on and off the floor. We hope to build on the momentum that we started over the last two years. It was great to see the seats full again and we want the community to embrace our program.”

As head coach or co-head coach, Kropp saw 13 of his teams win 20 games with 11 reaching the NCAA Tournament. Winning three RMAC (Rocky Mountain Athletic Conference) regular season titles and two RMAC Tournament titles, he was head coach of the 2003 squad that won a school-record 30 games and advanced to the Elite Eight.

This past season, UNK went 18-10 and reached the MIAA Tournament quarterfinals for a second straight season. The Lopers had two first-team All-MIAA selections in juniors Conner Beranek and Ethan Brozek, with Beranek also earning all-region honors.

The 2014-15 Lopers had just two seniors in guard Davion Pearson and forward Ben Petersen. The next signing period for Division II men’s basketball is in April.

“Tom leaves our program on the rise in the MIAA,” Plinske said. “I will miss working alongside with him as he transitions off the basketball court and on to a full-time teaching role. He has been a tremendous leader and role model within UNK Athletics. We wish Tom and his family all the best in their future endeavors. Tom, his wife Sonja and daughter Dominique will always be a part of the Loper family.”