Krista Forrest, Tami Moore and Dena Harshbarger accepted the awards during UNK’s Faculty/Staff Convocation at the Health and Sports Center. Each honoree received a plaque and $2,000.

The Pratt-Heins Foundation has presented the annual awards for the past 39 years. 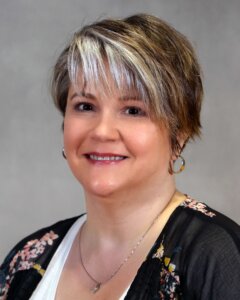 Forrest received the Pratt-Heins Award for Scholarship and Research.

A professor and chair of UNK’s Department of Psychology, Forrest has 36 peer-reviewed publications and 68 scholarly presentations, and she’s secured nearly $230,000 in grant funding for her research, which focuses on areas such as police interrogation strategies, jurors’ perceptions of police deception and ways to improve classroom instruction. She’s also mentored 24 student presentations.

Forrest has been asked to serve as an expert witness in trials in Kansas and Colorado. Her book, “Understanding Police Interrogation: Confession and Consequences,” was recently published by the New York University Press.

“Dr. Forrest’s research is often cited by other experts in her field, affirming the depth and quality of her scholarship,” Tom Tye, trustee for the Pratt-Heins Foundation, said during Friday’s presentation.

Forrest has received numerous awards since joining the UNK faculty in 1997. She was honored with the Pratt-Heins Award for Teaching in 2011, and she has received the UNK Creative Teaching Award on numerous occasions. The Rocky Mountain Psychological Association, an organization she has dedicated several years of her time and talent to, recognized Forrest with its Mentor Award in 2018 and Early Career Award in 2007. She also received the Faculty Mentor Award from UNK’s former College of Natural and Social Sciences in 2010. 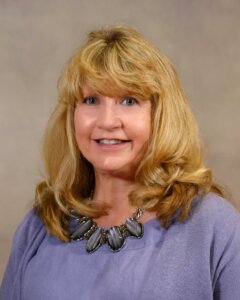 Moore, a UNK professor and former director of the family studies program, received the Pratt-Heins Award for Service, which recognizes an honoree’s contributions to the university, community and education as a whole.

Tye described Moore as someone who serves “with dedicated purpose, unlimited energy and always with humility.”

At UNK, she was part of a task force that developed the First Year Program, which supports incoming freshmen during their transition to college and helps them connect with the campus and Kearney communities. She’s also a past president of UNK Faculty Senate and former member of the General Studies Council.

In 2001, UNK received a nearly $800,000 federal grant to improve education for English-language learners in central Nebraska. The Platte River Corridor project provided training for teachers, increased bilingual resources in public school districts and established an information network across the region to support educators working with these students.

This year’s Pratt-Heins Award for Service recipient is equally involved in the community.

She served on the Kearney Planning Commission from 2014 to 2018, when she was elected to a four-year term on Kearney City Council. Moore was also part of a committee created to address a lack of affordable housing in the city.

She’s been heavily involved with the Kearney Dawn Rotary Club, taking on several leadership roles, including the Cranes on Parade fundraising event that promoted public art while generating more than $200,000 for local nonprofits.

A past president of the Kearney Area Builders Association, Moore has served on the board of directors for the Kearney Area Children’s Museum, Yanney Heritage Park Foundation and Central Nebraska LOSS Team.

“Dr. Moore just makes things better, with everything she does,” Tye said. “It was difficult to select just a few of her contributions to highlight from the many local, regional and national organizations she has enhanced with her professionalism, creativity and class.” 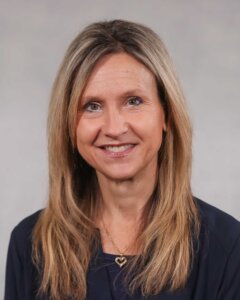 An associate professor in UNK’s Department of Teacher Education, Harshbarger received the Pratt-Heins Award for Teaching.

Tye called her an “impact player” and “true blue and gold Loper.”

“Dr. Harshbarger is viewed by teaching candidates, advisees, colleagues and partner school teachers and administrators as a truly outstanding educator who works to make a difference,” Tye said. “Her work in area schools is far-reaching and positively impacts elementary students.”

Harshbarger received bachelor’s and master’s degrees in elementary education from UNK and a doctorate in educational studies from the University of Nebraska-Lincoln. She taught at Kearney Public Schools for 18 years and was inducted into UNK’s Academy for Teacher Education Excellence in 2009.

Harshbarger has added several other honors since joining the UNK faculty in 2010. She received the College of Education Outstanding Teacher Award in 2012 and the UNK Mortar Board Teacher Recognition on three different occasions.

“Perhaps her strongest accomplishment at UNK is her high aptitude for teaching in a field-based environment,” her nominator wrote. “Preparation for future teachers that includes a field-based component provides faculty with the opportunity to meld the theoretical and practical components of the teaching experience.”

“She is a true advocate for the world of education and the development of lifelong learners,” one student wrote.

“She is always so positive and encouraging. I would always get really nervous before a field experience and her calm demeanor and words of encouragement really helped me get through it and believe in myself,” another noted.