KEARNEY – Morgan Soucie came to the University of Nebraska at Kearney because he wanted to challenge himself at the Division II level. 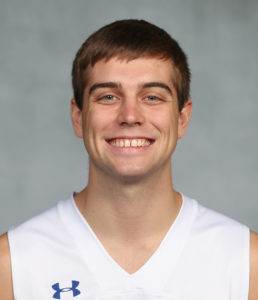 And there have certainly been challenges throughout his Loper basketball career.

The 6-foot-5, 195-pound forward averaged a double-double during his junior and senior seasons at Osawatomie High School in Kansas, earning first team Class 4A-II honors in 2015 while leading the Trojans to their first state tournament appearance in 23 years.

At UNK, he was a walk-on who redshirted as a freshman and played in just 10 games the following season, scoring four points. In 2017-18, he appeared in 19 games with four starts, averaging 8.1 minutes per contest.

The Lopers were loaded with talent at the forward position, and it was clear Soucie would have to earn every minute of playing time.

“There have been some tough times,” Soucie admitted, “but I don’t like giving up on things.”

Last season started off like all the others. The former Tri-County Spotlight Player of the Year appeared in 12 of UNK’s first 24 games, scoring 10 points in 89 minutes.

Soucie was working hard in practice and improving his skills, UNK head coach Kevin Lofton said, “it just wasn’t getting to the game.”

Then, as Lofton puts it, “everything just clicked.”

The redshirt junior averaged 16.3 points per game over the final four contests, playing 117 minutes and shooting 59% from the field. He started the last three games of the season, which included 22- and 20-point performances against Pittsburg State and Missouri Southern State.

“The last four games he really kind of exploded and hasn’t stopped since,” Lofton said.

For Soucie, the season-ending stretch was the confidence builder he’d been waiting for.

“That gave me a ton of confidence and helped me be more relaxed on the court,” he said. “I wasn’t overthinking things, just playing more freely and trusting things more. I wasn’t scared to make mistakes.”

After recovering from an injury in the offseason, Soucie carried that momentum into the 2019-20 campaign.

“As a senior, I knew it was my last year, so you kind of have to leave it all out there,” he said. “You can’t be scared. You can’t play timid. I knew I would have to be a guy who steps up.”

The 23-year-old has definitely delivered.

Soucie has started all 24 games this season, posting a team-best 32.7 minutes, 16.5 points and 6.3 rebounds per contest. He also leads the Lopers with 67 assists and 14 blocks.

The information networking and telecommunications and business administration major ranks sixth in the Mid-America Intercollegiate Athletics Association (MIAA) in field goal percentage (53.7%), seventh in scoring, eighth in minutes played and ninth in rebounding. Plus, he shoots 73% from the free-throw line.

“We hoped the way he finished last season would be the way he played throughout the entire season this year, and that’s happened,” Lofton said. “If he hadn’t continued to play at that level, we’d be in a lot of trouble.”

Soucie has reached double-figure scoring in all but three games this season – dropping a career-high 35 in a Jan. 4 overtime win against Pittsburg State – and he’s pulled down 10 or more boards three times.

As impressive as those stats are, they’re not the first things that come to mind when Lofton talks about his late-blooming star. The UNK coach uses words like toughness, leadership and effort to describe Soucie.

“He has a work ethic that’s respected by everyone on the team based on what he’s been able to go out and achieve,” Lofton said.

Soucie thinks about his numbers even less.

One of four seniors on the UNK roster, he says the team’s chemistry, unselfish attitude and trust in each other led to this season’s turnaround.

“I think they’re playing for each other, not with each other,” Lofton said. “They genuinely want to see each other do well, and that shows.”

The Lopers currently sit at 15-9 overall and 9-6 in the MIAA with home matchups this week against Northeastern State (7:30 p.m. Thursday) and Rogers State (4 p.m. Saturday). They locked up a spot in the MIAA Tournament with Saturday’s 78-74 road win over Central Missouri.

The goal, according to Soucie, is a 20-win season and top-four seed at the conference tournament in Kansas City.

“We still have that in front of us,” he said.

The former assistant middle school principal coached basketball and volleyball at Osawatomie High School, where his children were standout athletes. Darren currently runs a recreational facility operated by the school district. His wife Annette, a UNK graduate and Clay Center native, is a first-grade teacher.

Older brother Brendan competed on the cross country and track and field teams at Kansas from 2010-14. 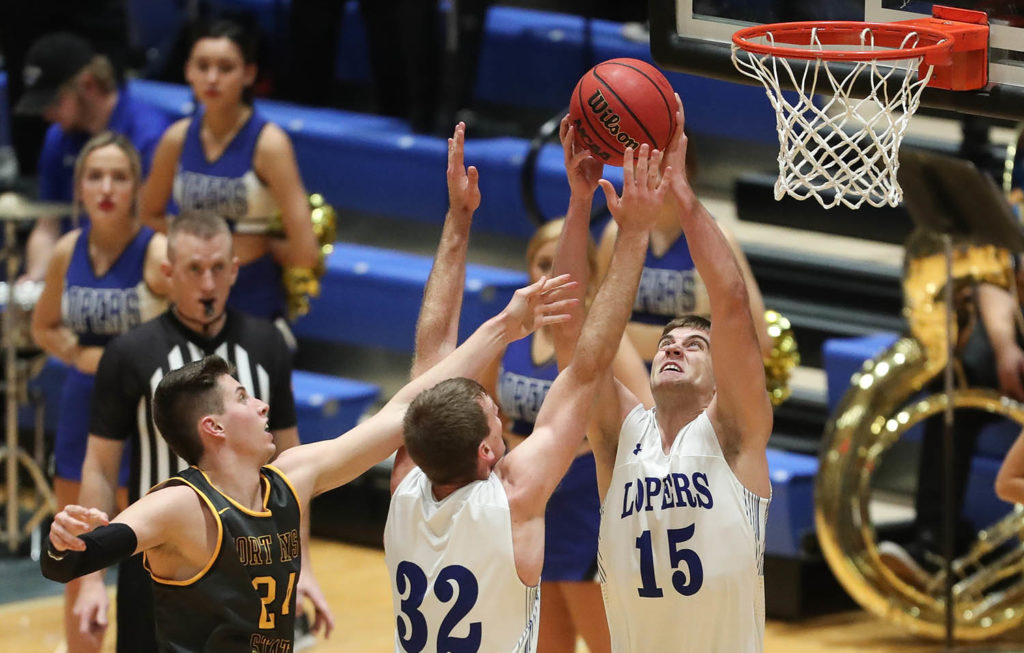