KEARNEY – University of Nebraska at Kearney students traveled halfway across the world to present their research and immerse themselves in Japanese culture.

It was a “life-changing” experience for Rohde, a senior studying wildlife biology with a political science minor.

“The opportunities provided by UNK are truly incredible,” he said. “Presenting research to an international audience required us to think about our projects in new ways. Luckily, UNK prepared us for this type of situation, and our group stood out among the presenters.”

Rohde and Pierce showcased their analysis of U.S. news coverage of the Kyoto Protocol, American Clean Energy and Security Act and Paris Agreement, noting that, over time, coverage from select media outlets more closely mirrored the scientific consensus on climate change rather than balancing the partisan debate.

Pierce, a senior studying journalism with a political science minor, believes the opportunity to present at the Tokyo event will benefit her when she enrolls in graduate school.

“While my research experience at UNK has already prepared me in ways many undergraduate students can only dream of, presenting at an international conference further enhances that preparedness,” she said.

More than 120 undergraduate students from 12 countries and regions participated in the Asian Undergraduate Research Symposium, an interdisciplinary conference open to scholars from any field.

Gomez-Ramos, a junior studying public administration with a public law minor, highlighted his research on affirmative action policies dating back to the Civil Rights Act of 1964.

“It was interesting explaining this research in Japan, because affirmative action is a uniquely American concept and public policy,” he said.

Kent, a senior pre-medical student majoring in biology with a health sciences emphasis and political science minor, presented a comparative study of health care costs and quality in the rural U.S. and Japan, and Schultis’ research looks at how the amount of protein in a mouse’s diet impacts spatial memory and androgen receptor expression. This research is related to androgen insensitivity syndrome, a condition that affects sexual development in humans before birth and during puberty.

When they weren’t sharing knowledge, the UNK students were enjoying Japanese cuisine, checking out the beautiful temples and shrines and visiting other attractions in the city of roughly 14 million residents.

Machida, who grew up in Tokyo and earned his bachelor’s degree there, even provided a crash course in the Japanese language before the group embarked on their 12-hour flight overseas.

“Their Japanese wasn’t bad,” the UNK political science professor said with a smile.

Among the sightseeing stops were the National Archives of Japan in the Imperial Palace complex, shopping and commercial districts, popular parks and Shibuya Crossing – the Times Square of Tokyo. They also rode the subway and took a cruise along the Sumida River.

The experience was both unique and beneficial for five students from rural Nebraska.

“It’s always important to immerse yourself in different cultures and understand perspectives that are different from your own,” said Gomez-Ramos. “I can’t overstate how valuable that is. I wish more people had these opportunities.”

For Machida and Rowling, the trip was a chance to get students outside their comfort zones, encourage global awareness and further expose them to the ideas and concepts they teach in the classroom.

“You can come to UNK and be transported to the most densely populated place in the world and present your research at a professional conference,” said Rowling, an associate professor of political science. “That perspective will influence how they interact with people in their communities and within the state.” 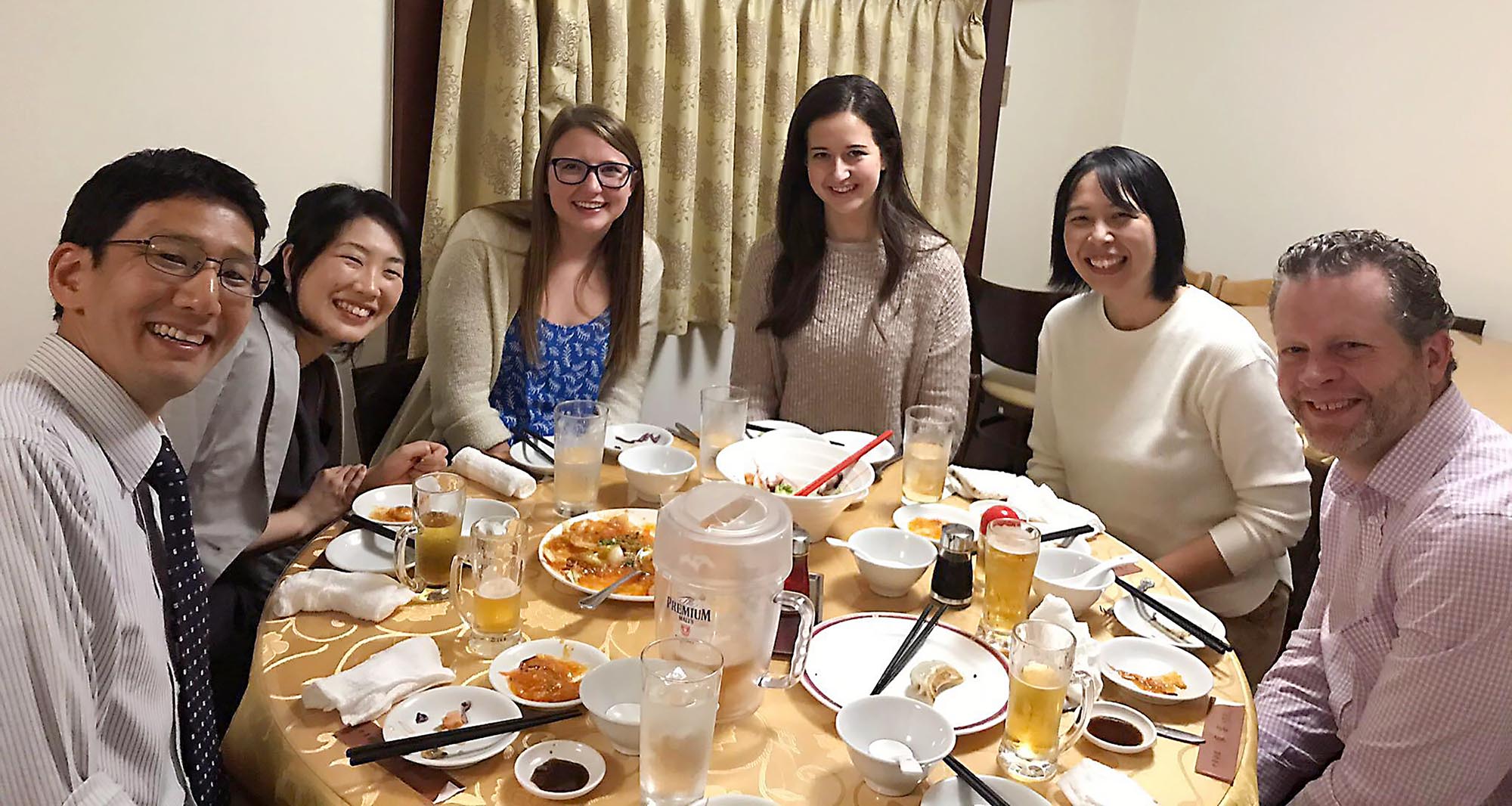 Although they were 6,000 miles from campus, the UNK students and faculty didn’t have any trouble finding some fellow Lopers in Japan.

They were joined for dinner by seven alumni who attended UNK as international students.

Schultis, a senior pre-medical student studying biology with a health sciences emphasis, learned she has a lot in common with those graduates. They enrolled at UNK for many of the same reasons – it’s affordable, safe and the professors truly care about their students.

“It was cool for me to meet people who had the same professors I’ve had and hear them talk about how those professors impacted their lives,” Schultis said.

“We all benefited from the same institution that brought us together,” Gomez-Ramos added.

One of Machida’s goals for the trip was to highlight the strong relationship between UNK and Japan.

“It’s nice to see the Japanese and American students build a connection, even for a short time,” he said. “I think that’s going to make a big difference in the future.”

About 140 Japanese students currently attend UNK, the most among any country outside the U.S. Machida would like to see that number increase, which is why he visited three universities and a study abroad agency while he was back in Japan.

The international trip was sponsored by numerous UNK offices and departments, allowing the five students to participate at no cost.

“I’m so grateful for an institution like UNK that has so many people who support our research, our aspirations and what we want to do after our time here,” Schultis said.