KEARNEY – Rachel Flaugh’s love of science began as a child on her family’s farm with a curiosity about the health of animals.

That curiosity took her on a journey to explore the medical field as a certified nursing assistant in high school and as a chemistry major at the University of Nebraska at Kearney.

Her journey will continue as she heads to Harvard Medical School.

“I was always inquisitive about nature,” said Flaugh, 21, of Hartington.

“My dad and I used to watch cows, and he would ask what was wrong with a certain cow. We would pinpoint areas of health that need improvement. So I was involved in diagnosing and problem solving in nature. That’s where it started.”

Her interest in science grew during high school, which inspired her to become a certified nursing assistant and get a part-time job at a nursing home in Wausa – a job she kept throughout college working weekends, holidays and during the summer.

Flaugh, who will graduate with a Bachelor of Science in chemistry with an emphasis in health sciences on Friday, also had an internship in a hospital in Norfolk and volunteered as a medical scribe at the Help Care Clinic in Kearney while taking classes at UNK.

“Those experiences showed me that not only was I capable of having a career in health care, but I was able to make a difference,” she said. “Seeing how the physicians made such an impact on the community was really inspirational to me and showed me what kind of doctor I wanted to be. That experience showed me what direction I want to go with my medical degree.

“As a physician, you have so much knowledge and capability to improve health in individuals, but also entire populations of people.” 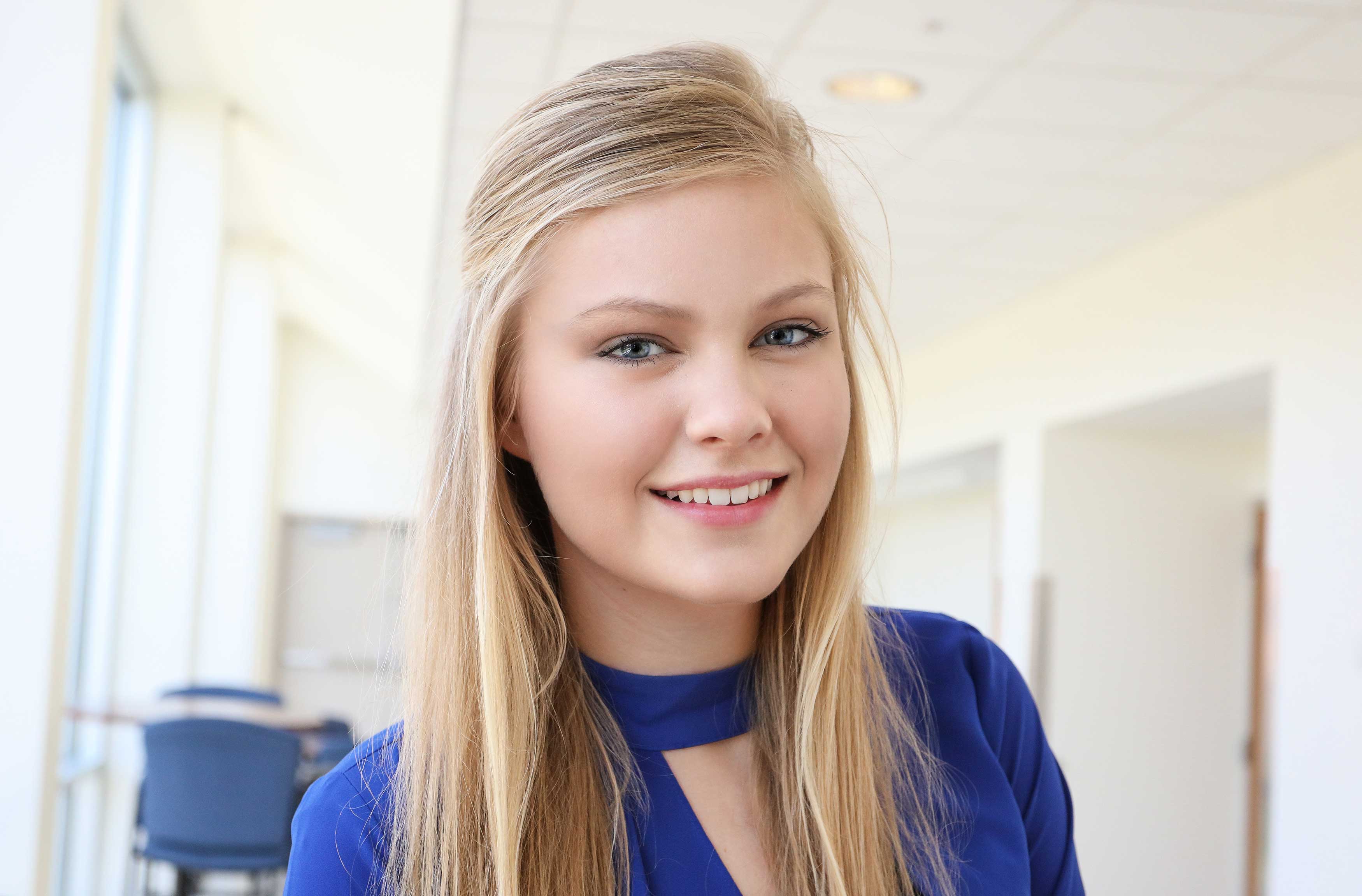 “Some of the places I got accepted to, I just applied on a whim,” she said. “To my surprise I was accepted to some of the best medical schools in the world.”

Flaugh said the support and mentorship she received from her professors at UNK prepared her for this next step toward her medical career.

“Attending UNK has been one of the best decisions of my life,” Flaugh said. “I found out that it was a really nurturing atmosphere. Everyone is rooting for you to succeed. It’s not intimidating to get involved. If you fail, you’re encouraged to get back up and try again.”

Early on at UNK, Flaugh struggled in her chemistry classes, but sought help from faculty and tutors. She eventually became a chemistry tutor. 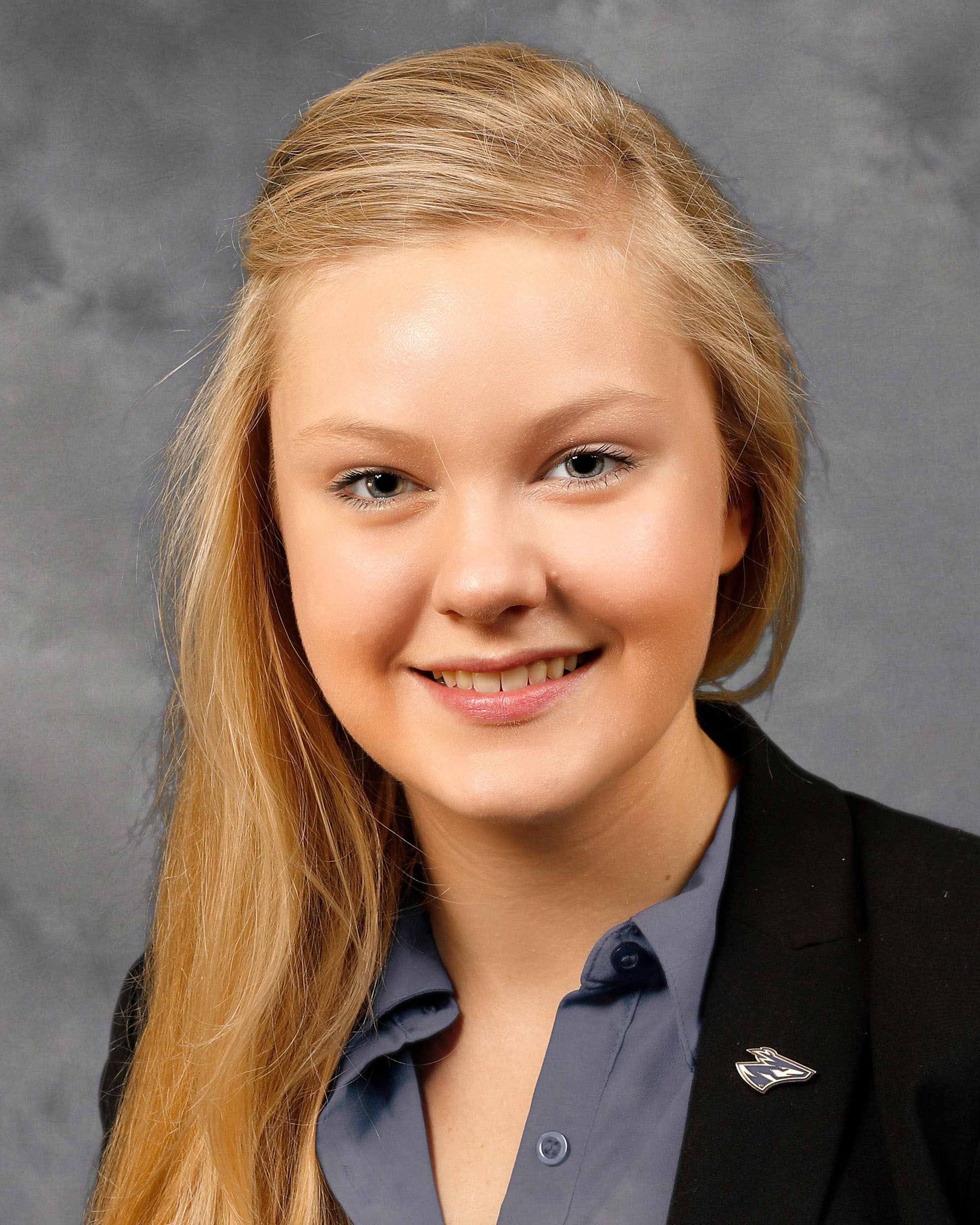 “Rachel has been a joy to work with and get to know over the past four years. Her success is largely due to self-motivation and simple determination. She sets her goals high and is willing to do whatever is necessary to achieve them,” said Peggy Abels, director of health sciences and Flaugh’s advisor.

“As a pre-med student, Rachel took every possible step to ensure she would be successful and went the extra mile to become a very competitive applicant to medical school. She never shied away from a difficult course or turned down an opportunity to get involved.”

“Not only was she an outstanding student, Rachel also involved herself in activities that allowed her to develop her people skills and grow as an individual,” said Abels. “Her efforts paid off as she will be attending Harvard Medical School next fall. It is not very often that I get to have conversations with students about whether they should attend medical school at Johns Hopkins or Harvard.  It was a privilege to be Rachel’s advisor.”

“At UNK, you can have an area of interest and start research with a professor who’s an expert in that area,” Flaugh said. “That isn’t something you would experience anywhere else. That set me ahead because I was able to do research projects in the sciences starting off my freshman year, which is unique.”

As Student Body President, Flaugh advocated for upgrades to the Calvin T. Ryan Library, introduced a policy that would prevent professors from presenting new information or having exams during dead week, and worked with the Women’s Center and Counseling Care to enhance campaigns against sexual assault on campus.

“UNK prepares you for any future career that you want to go into. For example, the MCAT is a very difficult test. And my education here at UNK taught me what I needed to know for that. UNK is a very high quality institution and very affordable.

“You’ll get the resources you need personally and academically to succeed in life. That’s been my experience. Anything that you want to do, you can do here at UNK. I didn’t know that when I started, but I know that for sure now.”

Flaugh said she’s ready to take on the challenges of medical school.

“During my second look weekends I interacted with some of my future classmates, and these are some of the most motivated and brightest students I have ever had the opportunity to interact with. It’s exciting to me that we can work together and solve some big social issues or do research together or challenge one another and support one another throughout medical school, which is probably one of the most rigorous roads you can take.”