KEARNEY – When DJ Hardwick first arrived at the University of Nebraska at Kearney, he was the one who needed additional support and guidance.

As a first-generation college student, he couldn’t turn to his parents for advice on topics such as financial aid, class registration and campus life.

“I had to seek out those resources on my own while going through a lot of challenges,” Hardwick said. “I came from a very small-town Nebraska high school and had a limited view of what the world was and who I was myself. UNK was really a launching pad to find who I was and be able to accept who I was.”

At UNK, the Benkelman native experienced firsthand the impact caring professionals can have on students’ lives.

Now, he’s paying it forward as a student leader who helps his fellow Lopers overcome any struggles they may be facing.

“Coming in as a freshman, I was able to develop a strong community of staff members, faculty members and peers who really helped me find myself and get through some of the toughest times in my life,” he said. “Now, being a senior, all of these leadership positions allow me to give back to students at UNK, the same way people gave back to me as a freshman.” 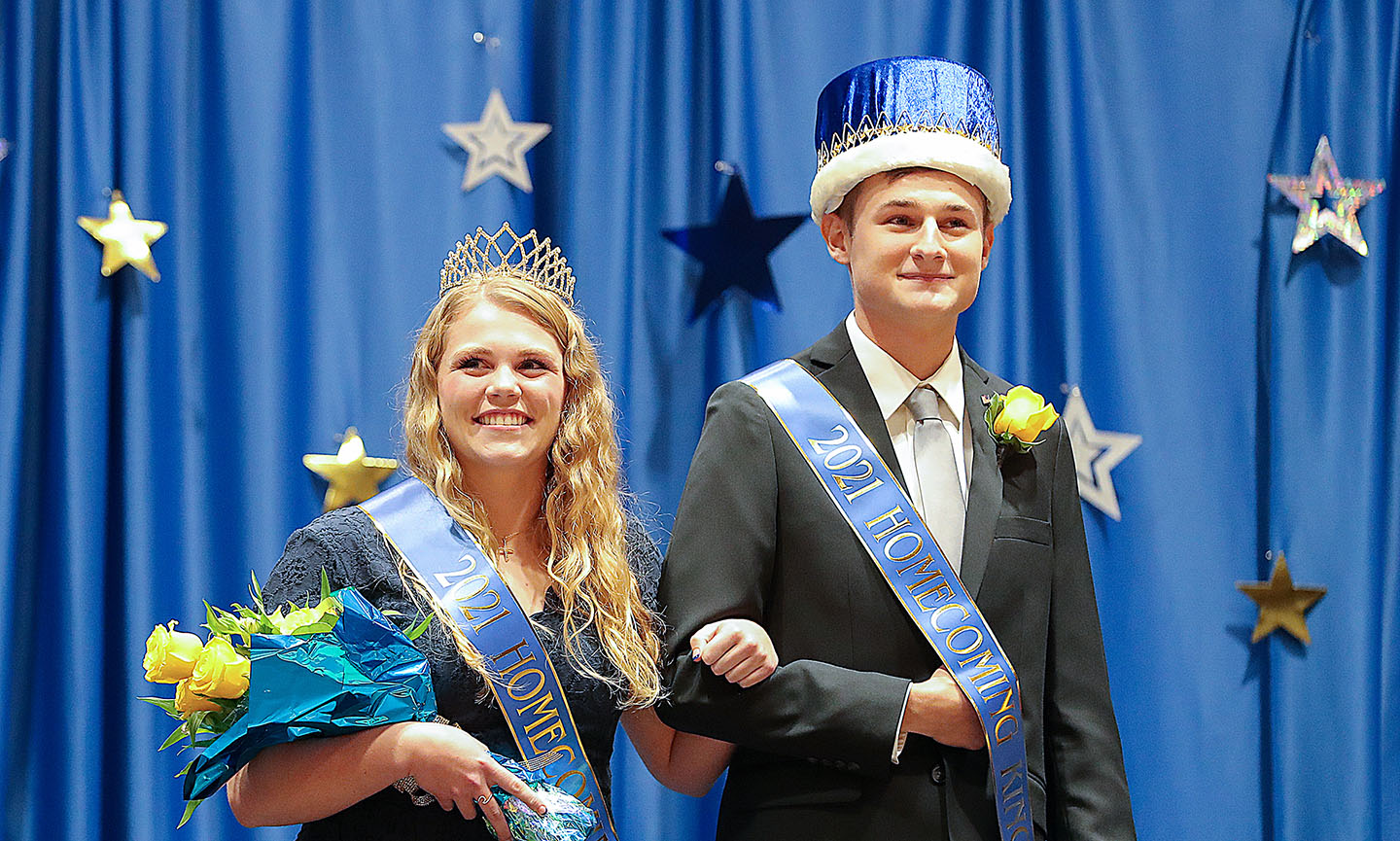 Hardwick’s main role on campus is with the Office of Student and Family Transitions, where he serves as student coordinator. Working alongside Assistant Director Renae Zimmer and other staff, Hardwick creates a welcoming environment for incoming freshmen and transfer students and helps them develop a sense of belonging that leads to long-term academic success.

Through its programming, services and events such as Blue and Gold Welcome Week in August and Welcome Home Week in January, the office provides a seamless transition for new students by giving them a chance to create immediate connections with campus, the community and each other. That support continues through programs such as Loper 2 Loper Mentoring, the Parent and Family Association, FIRST Leaders and Loper Chats.

Zimmer called Hardwick an “incredibly valuable” member of her team.

“I’d be lost without him,” she said. “He’s so forward-thinking and I think he’s wise beyond his years, as far as knowing what needs to be done.”

Hardwick is always looking for ways to improve the student experience at UNK.

Earlier this year, he analyzed the results from a survey completed by more than 800 first-year students to identify ways to better serve Lopers during their first six weeks on campus. He also played a key role in the creation of First Gen Lopers, a campus organization that provides a social network and support system for first-generation students.

“He’s very proactive in responding to student concerns and student needs. It’s a passion for him,” Zimmer said.

That was apparent in October, when Hardwick was crowned homecoming king. Instead of receiving his recognition at the homecoming parade and football game, he traveled to Madison, Wisconsin, to attend the Midwest Bisexual Lesbian Gay Transgender Asexual College Conference.

Hardwick wanted to learn more about LGBTQIA+ programming and resources that could be implemented at UNK. 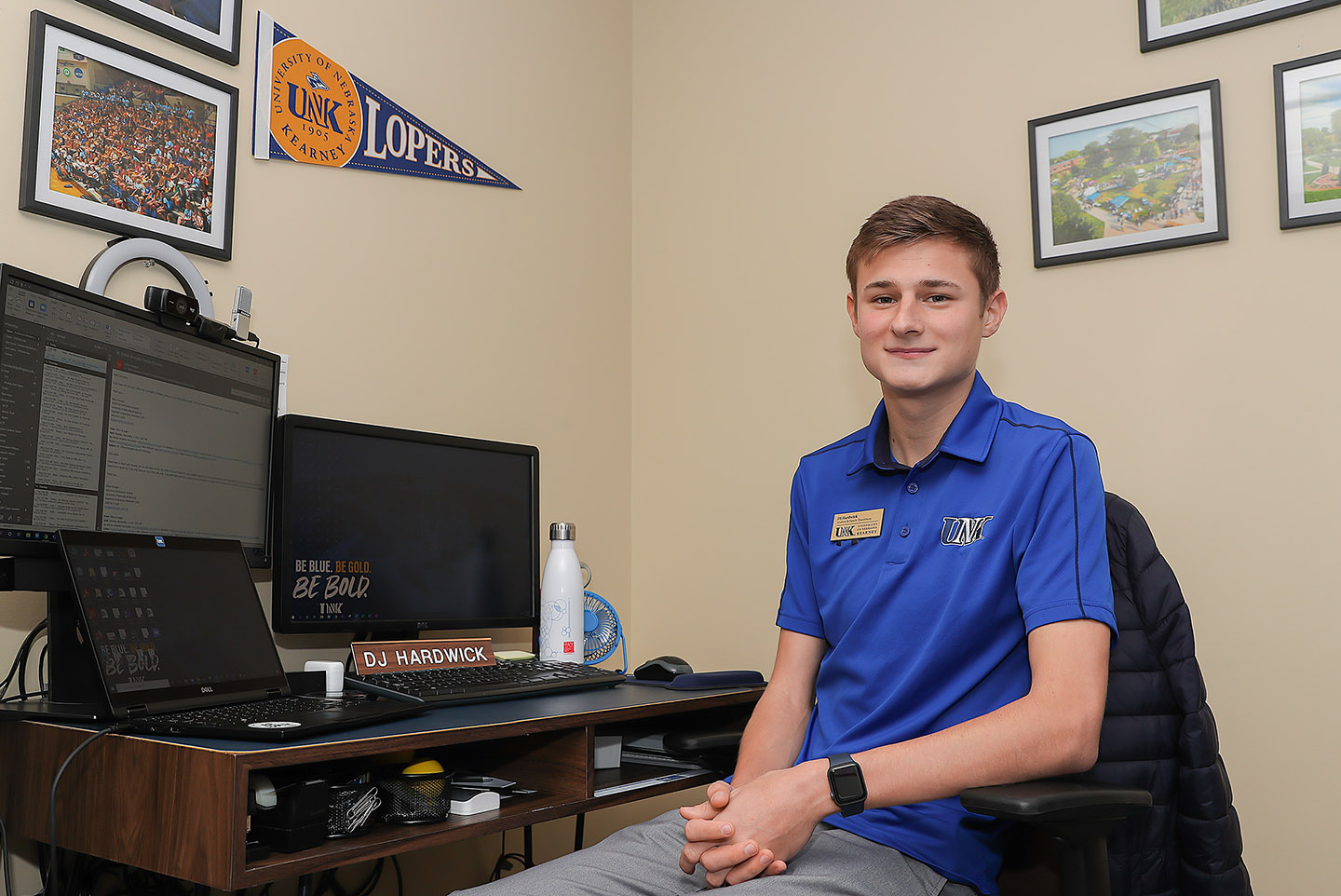 ‘THE NEXT TED CARTER’

That conference is one of many professional development opportunities he’s received.

The 21-year-old was selected for the NASPA Undergraduate Fellows Program, which is designed to increase the number of higher education student affairs professionals from historically underrepresented backgrounds. Fellows are paired with an on-campus mentor – Hardwick meets with Zimmer – and they’re invited to regional and national conferences and workshops throughout the year. They can participate in summer internships and a leadership institute, as well.

At UNK, he’s a resident assistant, student representative on the First Generation Leadership Team and chief justice for Student Court. He was named the Student Employee Rookie of the Year for 2020-21 and received the Trailblazer Award honoring an outstanding first-generation student during last month’s First Gen Day celebration.

A general studies major, Hardwick will graduate in May, then he plans to pursue a master’s degree in higher education student affairs.

Zimmer believes he can be “the next Ted Carter,” referencing the current University of Nebraska president.

“I can see him going really far in higher education, to that level someday, because he just gets it,” she said. “He’s very passionate about serving college students and serving them well.”

Hardwick knows none of this would be possible without the support he received at UNK.

“UNK means a lot to me,” he said. “It’s really changed my life and opened so many doors that seemed unimaginable as a first-generation student from a rural Nebraska town. Without UNK, I don’t think I’d be at this point in my life personally or professionally.”