KEARNEY – It was a fitting day to dedicate the University of Nebraska at Kearney’s new Military and Veteran Student Center.

The campus community came together Thursday – on Veterans Day – to celebrate the grand opening of the space inside Room E217 on the second floor of West Center.

“The phrase ‘thank you for your service’ is genuinely and generally used today. We mean it here at UNK. There’s no question, this is about you,” Senior Vice Chancellor for Academic and Student Affairs Charlie Bicak said during the event attended by several military veterans and current service members.

Located near the Army ROTC office and Department of Military Science, the Military and Veteran Student Center features a lounge with a large TV, comfy furniture and computer workstations where military-connected students can relax, study and network. 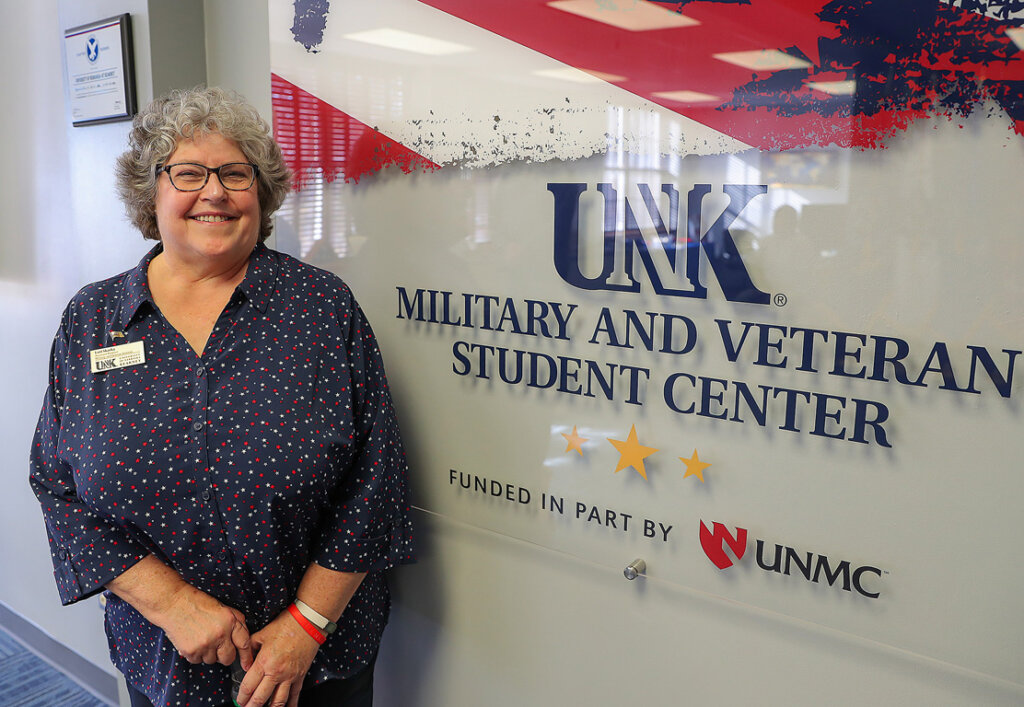 It also serves as a hub for Military and Veterans Services, the liaison between students and the Veterans Administration, Nebraska Department of Veterans’ Affairs and military branches. Military and Veterans Services provides resources and services that support veterans, current service members and military families as they pursue their educational goals, including assistance with state and federal benefits.

Lori Skarka, the office’s assistant director, emphasized the relationship-building aspect of the new space. She wants military students to form a connection with campus and each other.

“This is a place where those students can develop camaraderie, meet people with similar experiences and feel like they’re included in the UNK community,” said Skarka, who serves as the point of contact and “other mother” for countless UNK students. 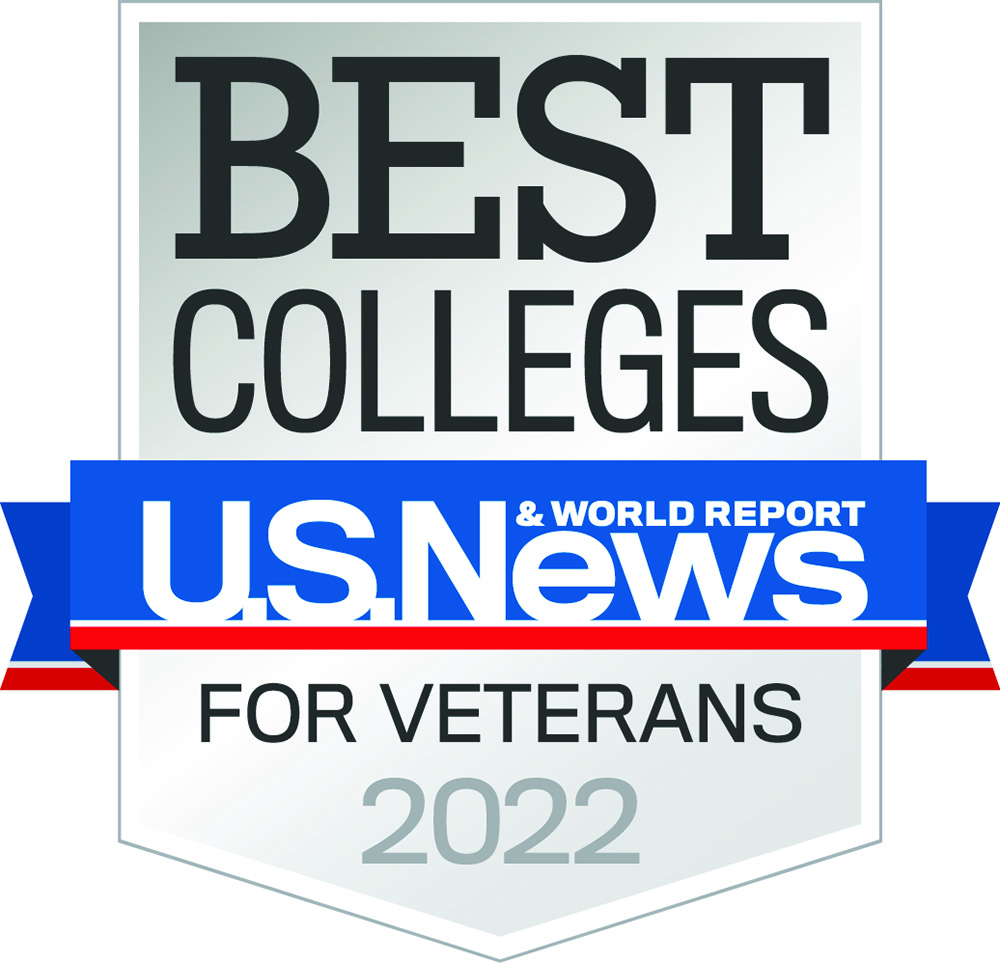 “I hope they start here, then branch out and get involved in other activities and organizations in the UNK and Kearney communities,” she added.

Skarka, whose son Kellen is a major in the U.S. Marine Corps, has worked at UNK for 20 years, including the past six in her current role.

“It’s the most rewarding position I’ve ever had,” she said. “It really is.”

The Military and Veteran Student Center is also supported by the University of Nebraska Medical Center College of Nursing, which offers opportunities for military students to pursue nursing careers through its Kearney Division.

In addition to the student center, UNK recently added a veterans success coach through a partnership between the Learning Commons and Military and Veterans Services.

Currently occupied by UNK senior Jason Baker, that position works one-on-one with military students as an academic mentor and campus resource. Baker served eight years in the U.S. Army and three years in the Nebraska Army National Guard before enrolling at UNK.

For more information on UNK Military and Veterans Services, call 308-865-8677 or email unkveterans@unk.edu 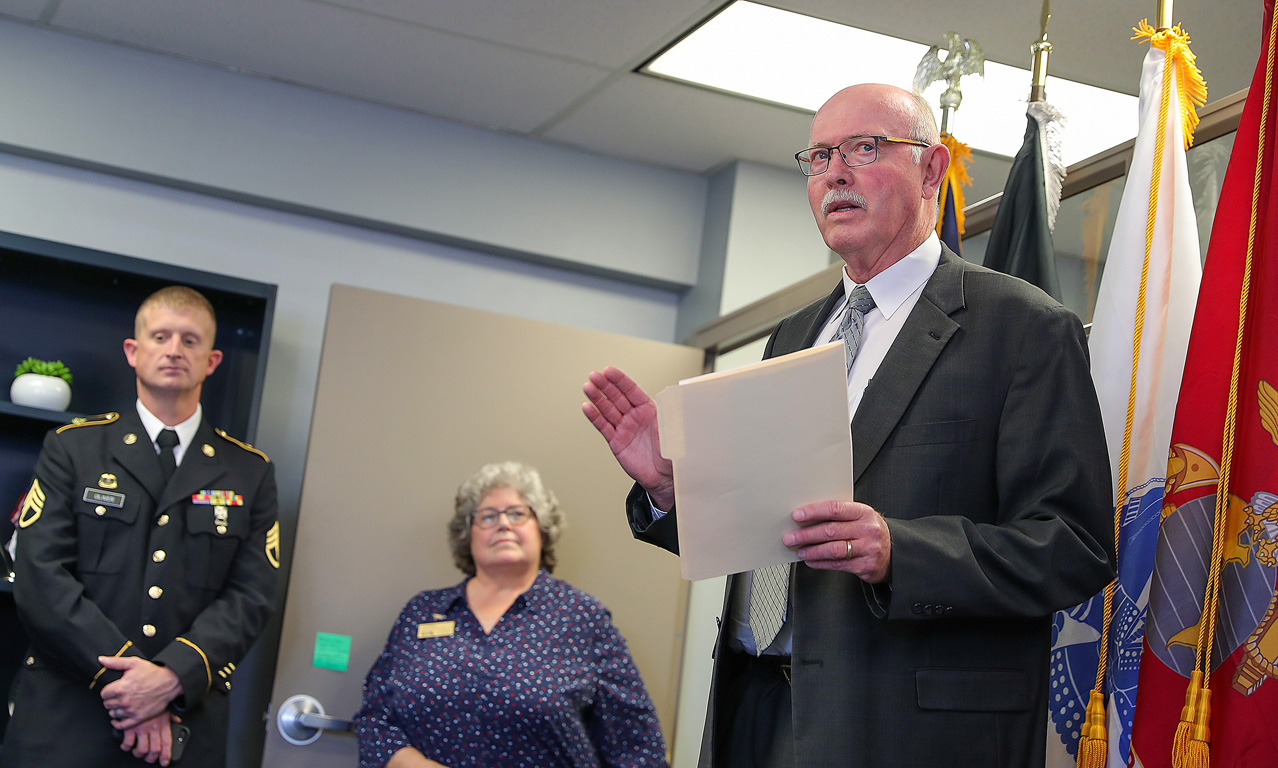 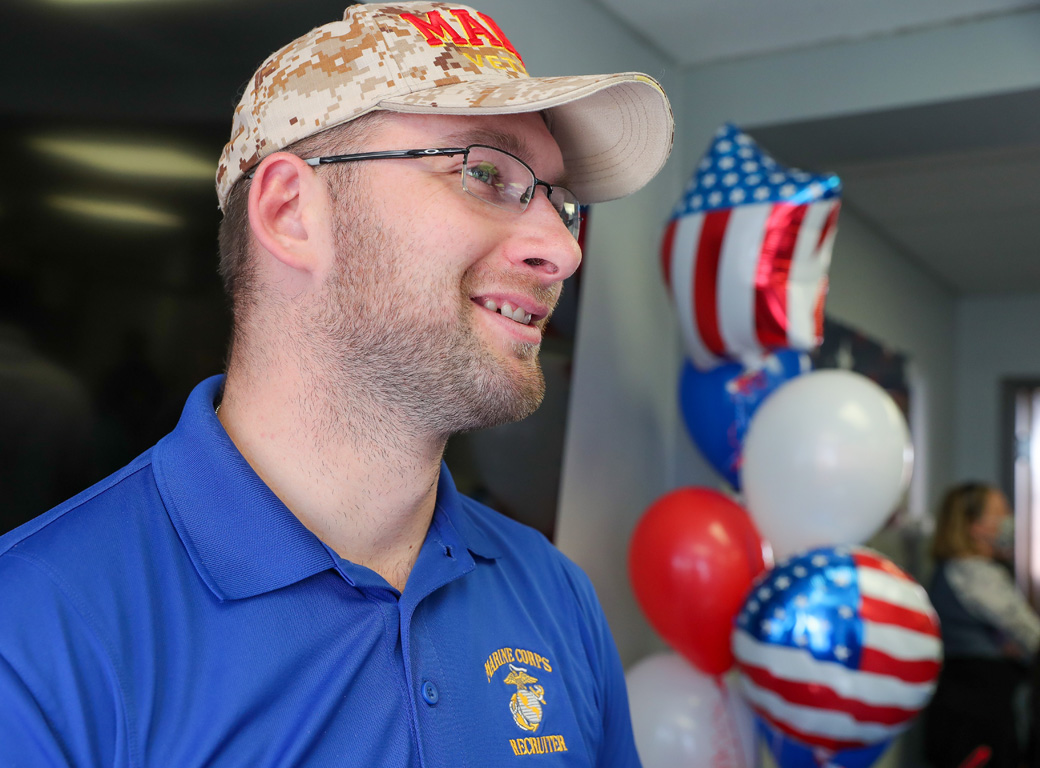 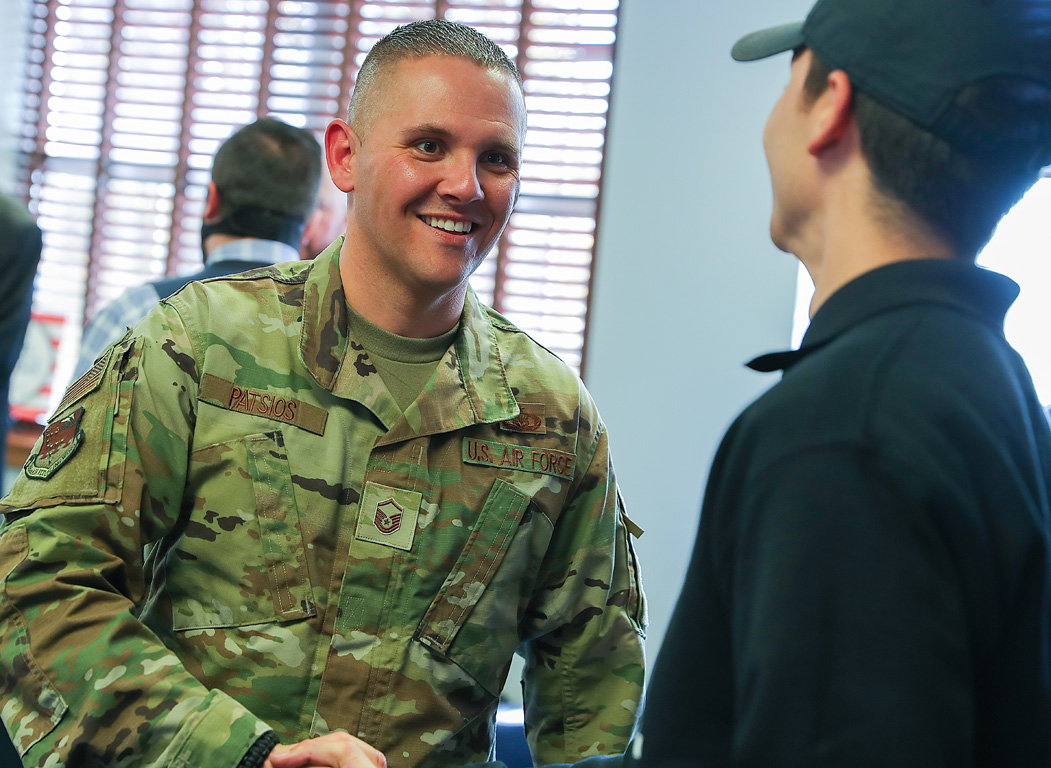