It’s the last thing his father Kenny said to him on that fateful Valentine’s Day in 2004. The volunteer captain with Wood River Fire and Rescue never returned home.

Kenny Woitalewicz and fellow firefighter Bob Heminger were called to a house fire that morning. Both men entered the home in an attempt to rescue an elderly woman who was still inside when a portion of the roof collapsed, trapping all three of them.

The 73-year-old resident was pronounced dead at the scene. Heminger, 39, succumbed to his injuries the following day and Kenny Woitalewicz, 38, passed away two days later – on Feb. 17, 2004.

That tragedy – something no child should experience – still impacts Woitalewicz to this day.

The 22-year-old University of Nebraska at Kearney senior says it taught him some of the greatest life lessons and inspired him to live every day to the fullest, “because tomorrow is never guaranteed.”

“I know he wouldn’t want me just having a pity party,” Woitalewicz said. “He would want me to make a difference and follow my dreams.” 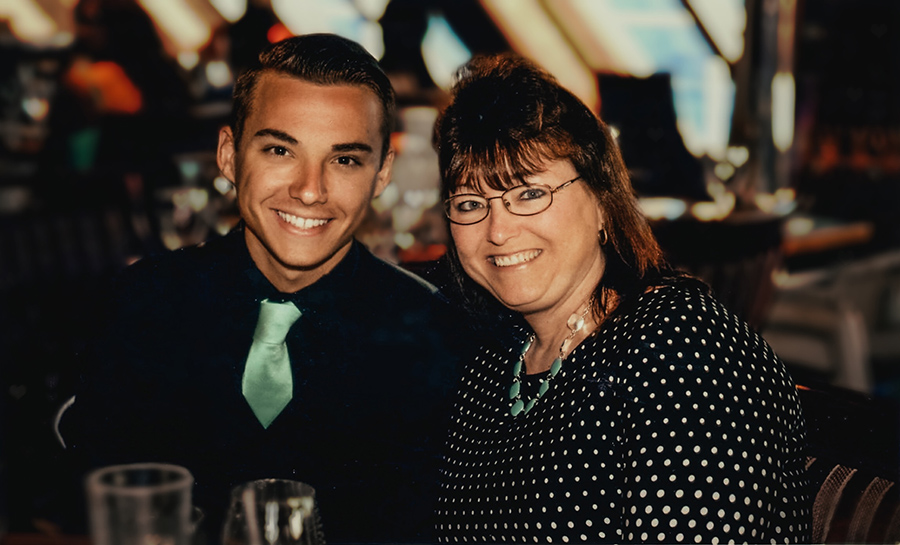 Woitalewicz’s family has been his biggest support system, especially his mother Melissa.

“She motivated me to become the best version of myself,” he said.

An administrative accounting assistant at Eagle Distributing in Grand Island, Melissa attended Kearney State College and was close to completing a degree in elementary education when Kenny proposed. They got married in June 1990, Matt was born four years later, and her family became the top priority.

As her kids got older, Melissa continuously stressed the importance of attending college. She even set an example by transferring her Kearney State credits to Central Community College, where she graduated in 2017 with two degrees and two certificates.

When Woitalewicz transferred from Southeast Community College to UNK in fall 2018, it was Melissa who encouraged him to take advantage of every opportunity. 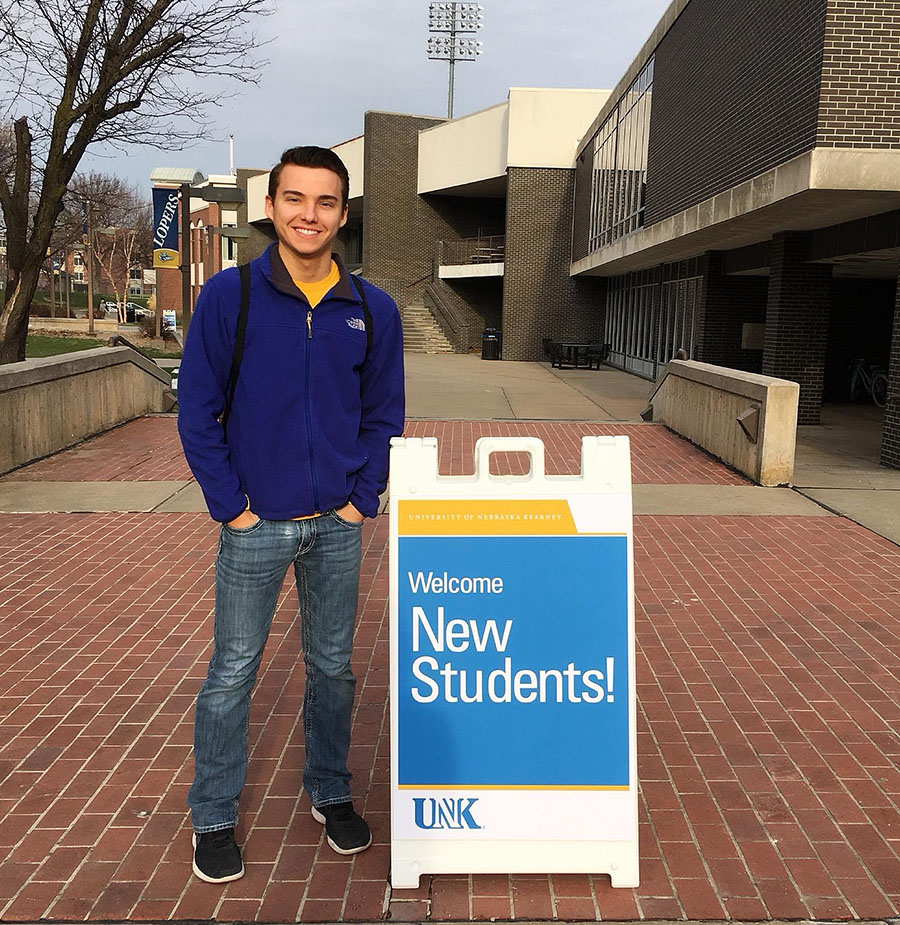 “I can vividly remember my mother telling me, ‘You are only in college once. Make the best out of it while you can,’” Woitalewicz said.

Among the most active students on campus, Woitalewicz is involved with the Pi Kappa Alpha fraternity and UNK Student Government, currently serving as secretary of the treasury. He’s also a campus visit assistant through the Office of Admissions and a Chancellor’s Ambassador.

Off campus, Woitalewicz serves as an America Reads tutor at Kearney Public Schools, where he fills in as a substitute teacher. He’s worked at the local Hy-Vee since 2018, advancing to an assistant manager position.

Woitalewicz said transferring to UNK was “the best decision I’ve made in my academic career.”

“This university allowed me to have a fresh start and to make a name for myself. I’m determined to make a positive difference in someone’s life, and UNK has given me the support I need to achieve that goal,” he said.

In recognition of his impact on the university, Woitalewicz and his family, which also includes Melissa’s significant other Chad Shuda and their son Logan, were named the 2021 UNK Outstanding Family of the Year. They were honored during last week’s homecoming festivities.

An elementary and special education major, Woitalewicz is often asked why he wants to be a teacher.

The answer is pretty simple. He wants to make a positive impact on children and serve as a father figure for any student who needs the additional support.

“One of my favorite inspirational quotes that I hope to have in my own classroom one day is from a very wise woman. Michelle Obama once said, ‘Success isn’t about how much money you make. It’s about the difference you make in people’s lives.’ I firmly believe in that,” Woitalewicz said. “I was gifted with a talent of working extremely well with children and I know I can utilize that talent to continue to change the lives of our next generation.”

With financial support from the National Fallen Firefighters Foundation and First Responders Children’s Foundation, Woitalewicz is on track to graduate debt-free in December 2022. He’ll be the first member of his family to earn a four-year degree.

Woitalewicz plans to start his teaching career in Kearney and eventually pursue a master’s degree in school administration to become a principal.

“UNK has truly changed my life for the better and I’m so thankful for all the opportunities I’ve received here,” he said. “I’m looking forward to commencement day when I can walk across the stage, look up at my family in the stands and say to myself, ‘Because of you all, I didn’t give up.’”

No doubt, his father would be proud of the man his little buddy grew up to be.