KEARNEY – Trey Janicek had his future mapped out when he was in elementary school.

Well, part of it anyway.

He definitely knew he wanted to be a Loper.

“When I was in fourth grade, I wrote that I was going to college at UNK,” Janicek said. “I never really thought about going anywhere else.”

Although his hometown is actually closer to Laramie, Wyoming, and Denver, Colorado, the Bridgeport native always had a connection to the University of Nebraska at Kearney.

His grandparents, Marlan and Janet Curtright, attended the school in the 1960s, when it was known as Kearney State College, and his parents, Todd and Tami, met there while enrolled in the late ’80s and early ’90s. Todd was a member of the Phi Delta Theta fraternity and Tami was an Alpha Phi.

“This university means a lot to me. I definitely care a lot about it and I’m really passionate about seeing it succeed,” said Janicek, a third-generation Loper who joined his older brother Taylor on campus in fall 2017.

Like Taylor, who graduated in May 2019 and currently works as a Sorority and Fraternity Life coordinator at the University of South Dakota, the younger Janicek also took full advantage of the opportunities provided by UNK.

“I just wanted to become the greatest version of myself,” he said.

And that’s exactly what he did.

Janicek participated in numerous student organizations and activities over the past four years, including the same fraternity his father and brother joined. As a member of Phi Delta Theta, he was able to meet people with different backgrounds and perspectives and pursue leadership positions.

“People in Greek life push you to get involved and be a better leader,” he said. “It’s a broad group of people who come together for one common goal – to help each other become better individuals.”

Janicek set the standard for his fraternity, serving as the chapter’s vice president and treasurer, as well as vice president of community service and philanthropy for UNK’s Interfraternity Council. He was named the 2018 Outstanding Fraternity New Member and 2021 Greek Man of the Year at UNK and was also recognized as a Phi Delta Theta National Member of the Year in 2020.

He served as a resident assistant in the fraternity and sorority housing for two years and made an impact off campus through organizations such as the Salvation Army, LiveLikeLou Foundation and The Arc of Buffalo County.

“It’s a really good sense of community,” he said of Fraternity and Sorority Life. “UNK is a pretty small community as it is, but once you join the Greek community you can meet so many more people.”

In addition to his fraternity, Janicek was active in UNK Student Government, serving as student body vice president in 2020-21, and he co-founded UNK Ducks Unlimited. He was also involved in Men’s Project, the Agricultural Business Club, Greeks Advocating Mature Management of Alcohol, numerous honor societies and FIRST Leaders, a leadership-based student organization that focuses on service-learning activities.

His fellow Lopers selected him as a homecoming king finalist in 2020 and he recently received the Mary Jane and William R. Nester Student Leadership Award, which honors outstanding seniors who have excelled academically and demonstrated exemplary service, character and leadership during their UNK undergraduate careers.

“Over the past four years, I’ve grown so much as an individual,” Janicek said. “When I was a freshman, I would be so scared to do an interview or meet with someone I didn’t know very well. But now, through UNK and all these opportunities to be in different organizations, I can walk into a meeting or address a group of people and not really be nervous.”

Janicek’s growth can be measured by the distance he’s traveling for his new job.

Instead of staying in Nebraska, he’s moving outside his comfort zone – and across several time zones – to work for Bayer Crop Science in Haleiwa, Hawaii.

“I want to see agriculture in a different light,” said Janicek, who graduated last week with a bachelor’s degree in agribusiness. “Here in Nebraska, it’s heavy production and big operations. I’m going to a really small farm to focus on research and development.”

The seed production associate is already familiar with the crop – corn – and the company. He landed an internship with Bayer Crop Science in Kearney after stopping at the company’s recruiting table inside the Nebraskan Student Union on campus.

“I’m pretty excited and extremely grateful to UNK for that opportunity,” he said. “I was just walking in the union one day and now I have a full-time job after college.”

Janicek interned with Bayer locally in summer 2019 and was offered a corporate internship in Hawaii last summer. Although COVID-19 forced him to complete the second internship virtually, Janicek was still able to network with industry professionals and attend a leadership course focusing on supply chain management while working on sustainability projects.

He accepted the full-time position in September.

“That’s something that was a plus for me when I enrolled in the agribusiness program. I knew I could get a job right out of college,” Janicek said.

The 22-year-old is moving May 20, but he’s not leaving UNK behind. He plans to be a vocal alumnus who continues to promote his family’s alma mater.

“I want to see people come to UNK and enjoy their time here as much as I did,” Janicek said. 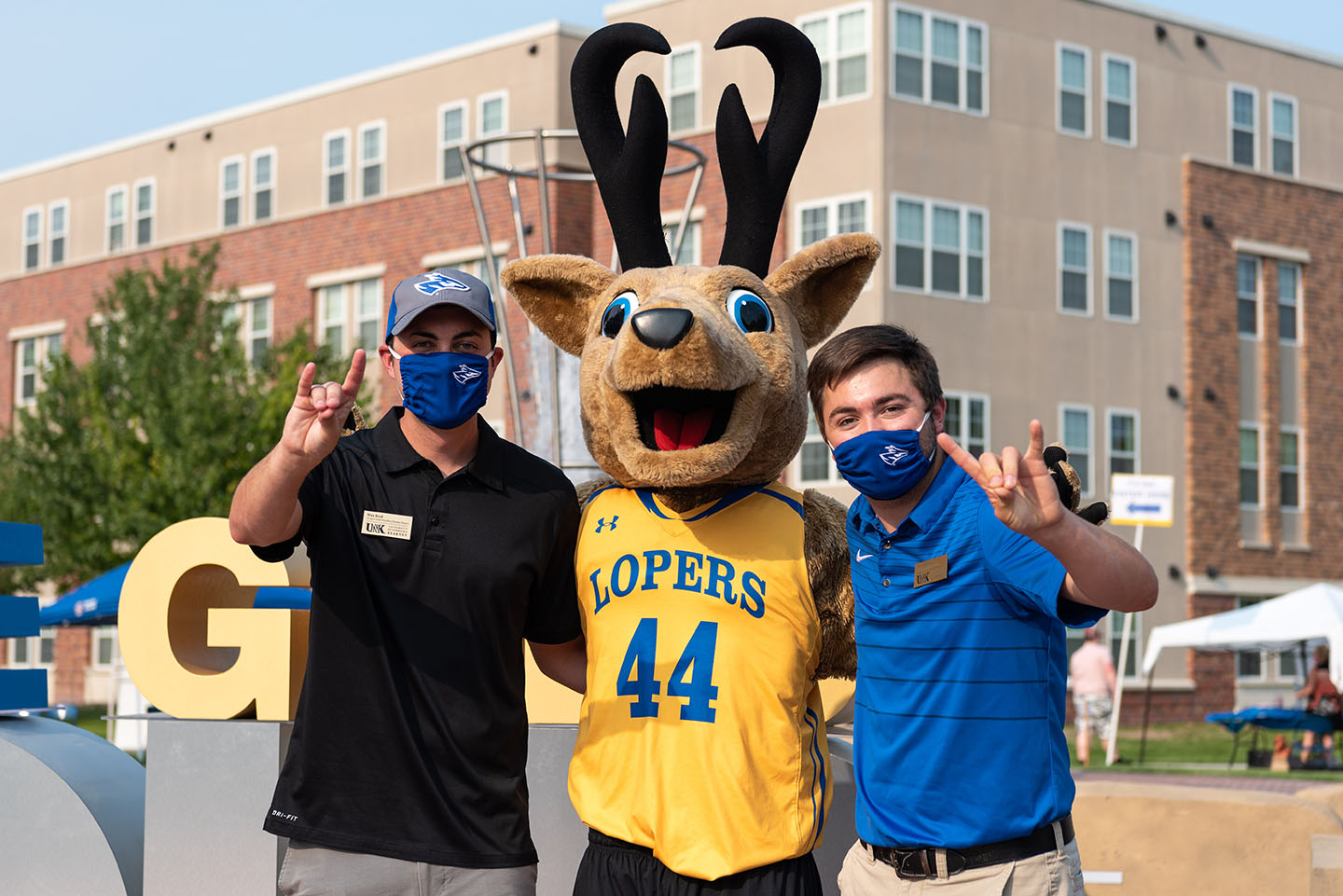 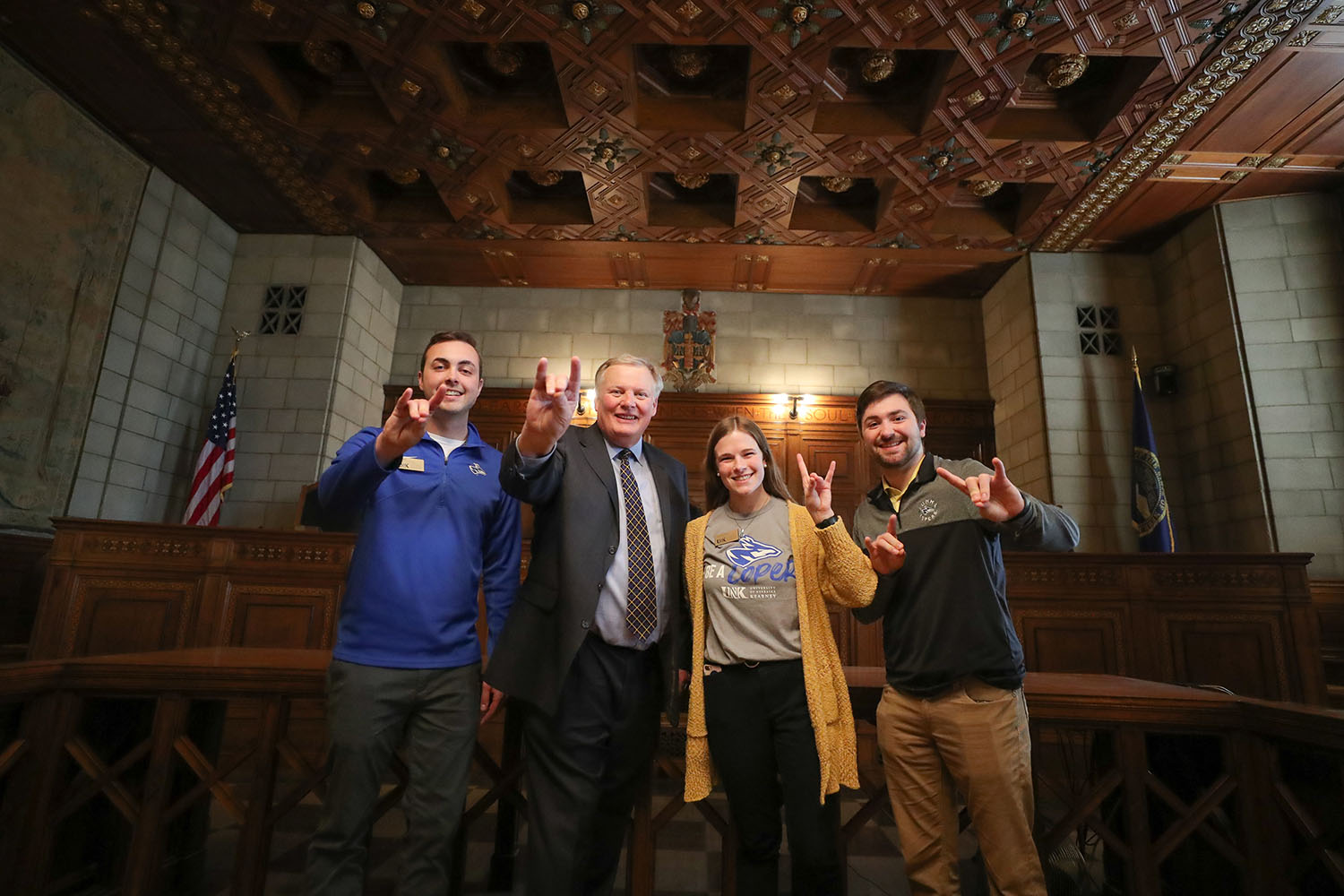 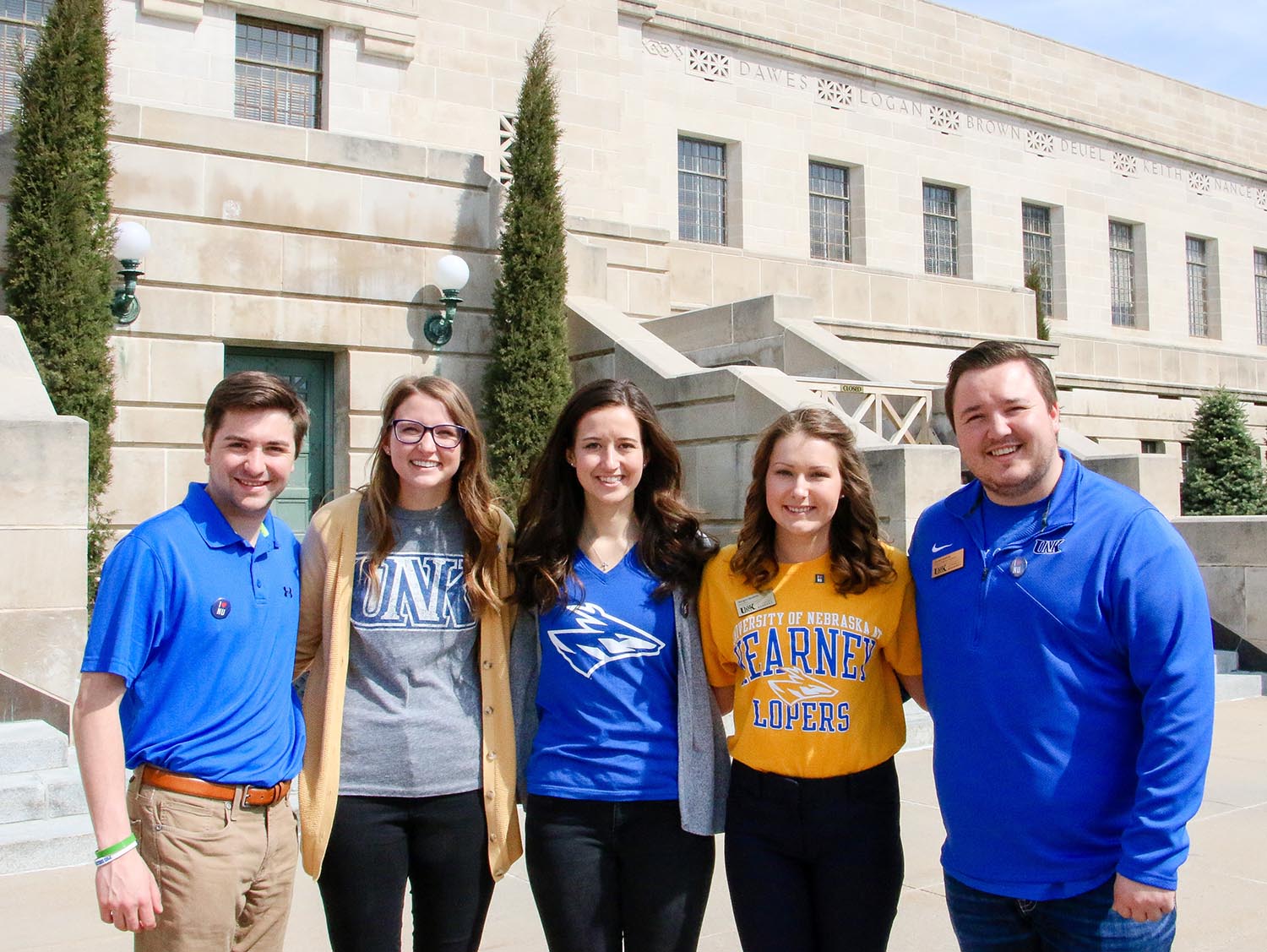