KEARNEY – The journey was as dangerous as it was daunting.

Adrian Almeida and his mother Yosdayly Hernandez risked everything when they fled their home country of Cuba in November 2014.

“As soon as we left Cuba, we basically betrayed the country,” said Almeida, who was 15 at the time. “No one besides my dad and my grandma knew we were leaving.”

Although he describes it as an adventure – “You have to have the right mindset,” Almeida explains – the next 22 days brought a level of uncertainty and fear few ever face.

“It was like a movie,” said Almeida, now a junior at the University of Nebraska at Kearney. “It was crazy.”

And, he admits, it was incredibly perilous.

“When you’re in the middle of the ocean in a small boat with 20 people, yeah, that’s dangerous. You don’t know if you’re going to make it or not.”

After flying from Cuba to Ecuador, Almeida and his mother traversed eight more countries to get to the United States. They traveled by foot, bicycle, motorcycle and boat, crossing rivers and jungles.

When the human smugglers armed with AK-47 rifles demanded more money, they paid without asking questions. The same was true for border security agents.

“It was a hard time,” Almeida said.

But it was all worth it to experience the American dream.

“The main reason we left was for a better future. Every time I’m in a class at UNK, I think about that and I think about the sacrifices my mom made so we could be here.” 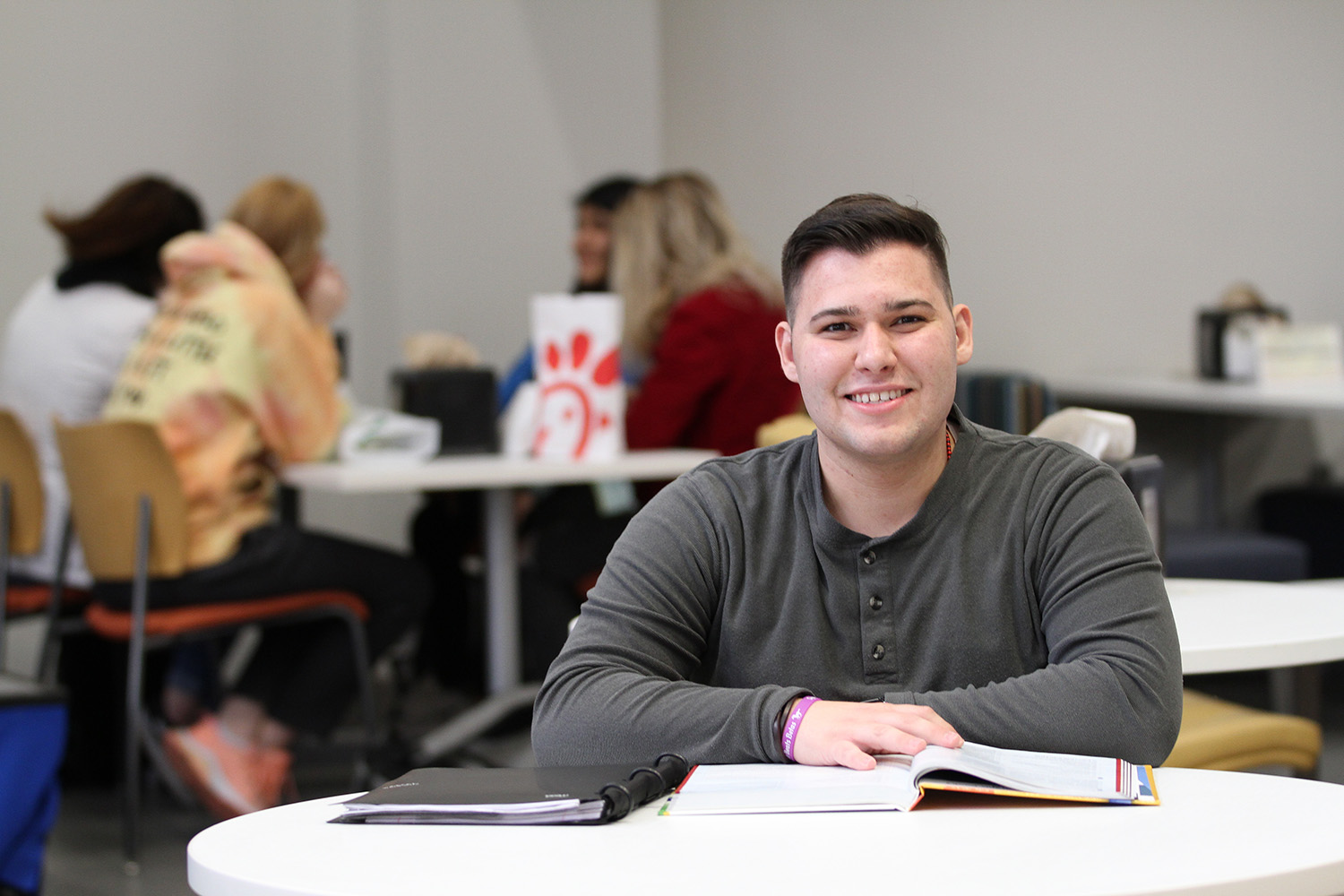 They started their new life in Florida, where a few relatives lived, and Almeida enrolled in high school. He couldn’t speak any English.

The thought of attending college seemed unrealistic, even after they relocated to Columbus, Nebraska, in June 2016.

Unlike his school in Florida, Columbus High was a welcoming environment with supportive teachers, Almeida said. However, most of the discussions regarding his future focused on finding a full-time job after graduation.

Almeida didn’t seriously consider college until he heard a couple classmates talking about UNK. He decided to apply during a college fair at the high school and was accepted a few days later.

“It was one of the best decisions I’ve ever made,” he said.

There was still one major obstacle to overcome. Because he hadn’t applied for any scholarships, Almeida didn’t think his mother, who works at a pork-processing plant, could afford the additional expenses.

The Free Application for Federal Student Aid (FAFSA) provided some financial support, but it wasn’t nearly enough. Almeida emailed the admissions office to let them know he wouldn’t be attending UNK. The response he received was stunning.

Instead of disregarding his email, UNK offered Almeida a scholarship that paid for his room and board.

“I was able to come to UNK my first year with everything paid for,” he said. “If it wasn’t for that, I wouldn’t be here.”

Almeida currently serves as a resident assistant on campus, which pays for his room and board, and his tuition is covered by the Nebraska Promise, a University of Nebraska program announced last year. Nebraska Promise covers up to 30 credit hours per academic year for full-time, in-state undergraduate students from low- and middle-income families. 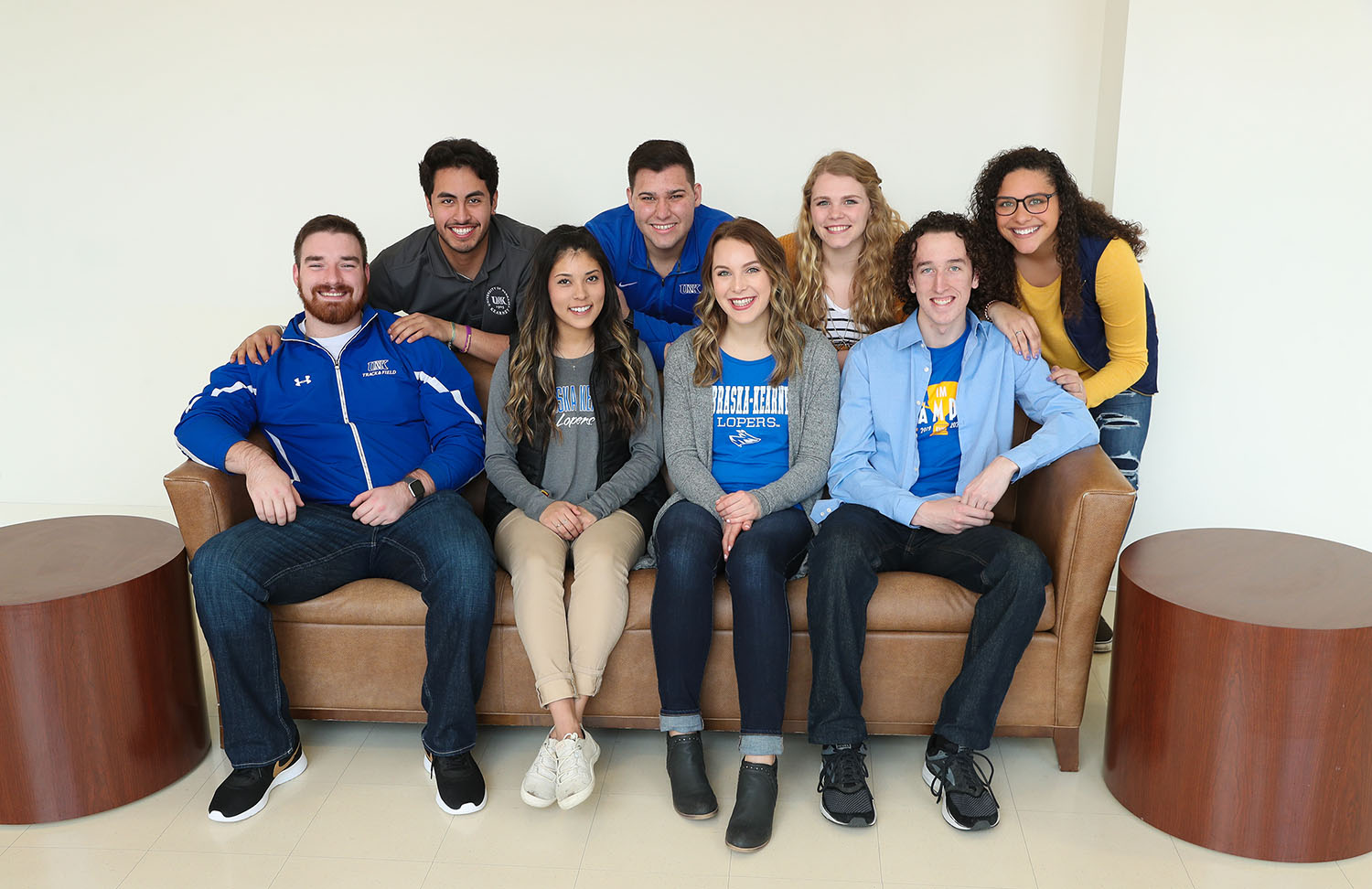 Almeida has changed since he enrolled at UNK in August 2018.

“When I was in high school, I was very shy,” he said. “I never talked to anyone and I wasn’t involved in organizations. UNK made me the person I am today and helped me become a leader.”

The junior is studying business administration with a marketing emphasis and a minor in criminal justice. He’s also involved all over campus.

Almeida is a founding member of the UNK chapter of Define American, an organization that works to change the narrative about immigration and promote inclusivity. He served as the chapter president and as the group’s national chair.

A member of the Sigma Lambda Beta multicultural fraternity, Almeida has also been involved in the Hispanic Student Association and UNK Student Government and as a member of the planning committee for the Nebraska Cultural Unity Conference. An annual event organized by UNK’s Office of Student Diversity and Inclusion, the Nebraska Cultural Unity Conference brings high school and community college students from underrepresented backgrounds together to learn about higher education and leadership while networking with peers from across the region.

For the past two years, Almeida has been a student worker in the Office of Student Diversity and Inclusion.

Luis Olivas, the office’s assistant director, describes him as “a 40-year-old professional man in the body of a 21-year-old.”

“He has a level of professionalism that I haven’t seen in some actual professionals,” Olivas said.

Almeida is a willing learner and self-starter who isn’t afraid to take on challenges, he added.

“He epitomizes what it means to be a diverse Loper,” Olivas said. “Adrian is the example for other students who are facing challenges.”

Almeida has already accomplished a lot during his UNK career, but his biggest achievement occurred nearly 200 miles away from campus.

Last month, Almeida received his U.S. citizenship during a ceremony in Omaha. It was a “really special moment.”

“I was able to think about all the struggles my family went through,” he said. “All the sacrifices we made; they are worth it.”

Almeida’s mother is a permanent resident of the U.S., and he plans to file a petition so his father Alberto can travel here from Cuba. He’s seen his father and grandmother only once – during a trip to Cuba in summer 2019 – since leaving that country more than six years ago.

“I went there risking not being able to come back,” he said.

Almeida expects to graduate from UNK in May 2022, then he plans to either attend law school or pursue a master’s degree in higher education student affairs.

Olivas would love to see him remain at UNK and become a full-time employee in the Office of Student Diversity and Inclusion.

“Whatever path he chooses, he’s going to make an impact and he’s going to be a leader,” Olivas said. “I have complete confidence in that.” 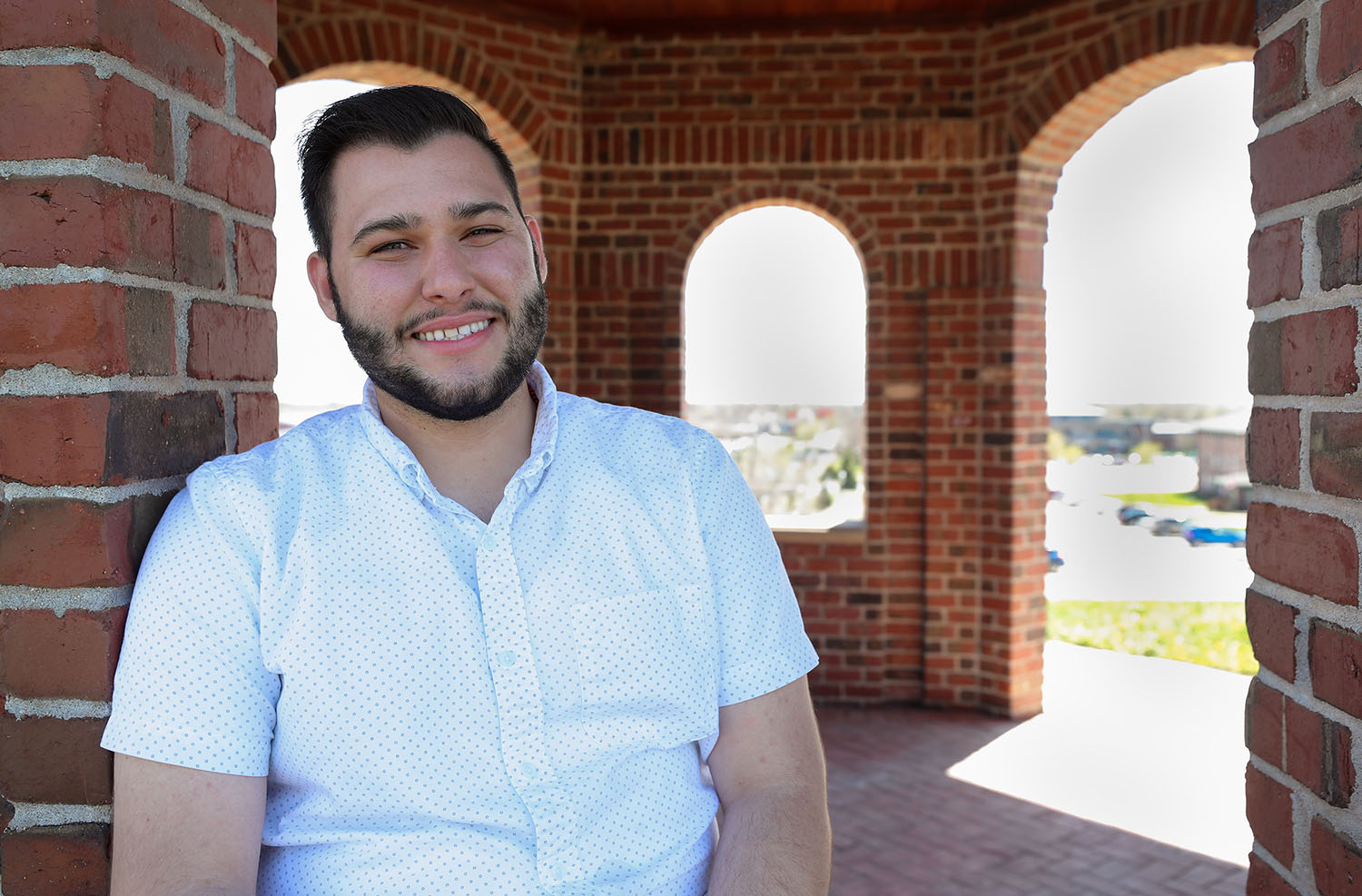