After emigrating from Somalia to the United States, they found jobs at a beef-processing plant to support their family.

“My parents really want me to succeed, go to college and get a good-paying job so I don’t struggle as much as they did when they came here,” said Haibe, a junior at Garden City High School in Kansas.

The honors student plans to pursue a career in the health care industry – starting as an ultrasound technician – but Haibe admits there’s a lot she doesn’t know about postsecondary education, even though her older brother currently attends college.

That’s why she decided to attend the Nebraska Cultural Unity Conference, an annual event organized by the University of Nebraska at Kearney’s Office of Student Diversity and Inclusion.

In its 18th year, the conference brings students from underrepresented backgrounds together to learn about higher education and leadership while networking with peers from across the region. Nearly 400 students from 15 high schools and community colleges participated in Friday’s event at the Younes Conference Center in Kearney.

“A majority of the students attending this conference are from diverse groups,” said Juan Guzman, director of UNK’s Office of Student Diversity and Inclusion. “Most of them will be first-generation college students.”

With that in mind, the conference focuses on scholarships, financial aid, academic success strategies and student life at UNK, as well as topics such as personal empowerment, civic engagement and cultural awareness.

Attendees were also able to interact with more than 30 current UNK students involved with the event, something Haibe was looking forward to.

“They’re already experiencing this, so it’s nice to hear stories from them,” she said. “This is a good event for everyone to come together and learn from each other.”

In the afternoon, the conference shifted to UNK for campus tours and a college fair highlighting the university’s academic programs, followed by a dance in the Nebraskan Student Union.

“For a lot of these students, this is the first time they’ve been on our campus,” said Guzman, who wanted attendees to “see themselves at UNK.”

“We’re sending a strong message that they can achieve higher education, regardless of their situation,” he said. “If we change the mind of even one or two of these kids, then I feel like the conference was a success.”

While Haibe was attending her first Nebraska Cultural Unity Conference, Gibbon High School senior Jaime Cuellar was back for the fourth consecutive year.

“This is a good experience for high schoolers to help them see what college might be like,” Cuellar said. “They’re setting you up for future success.”

Through the conference, Cuellar connected with a number of UNK student leaders, the Office of Student Diversity and Inclusion and Sigma Lambda Beta fraternity. He plans to enroll at UNK this fall to study 7-12 physical education with a coaching emphasis.

“I feel like I could be a really great teacher some day and set an example for Hispanics and Latinos in my community and other communities,” Cuellar said. 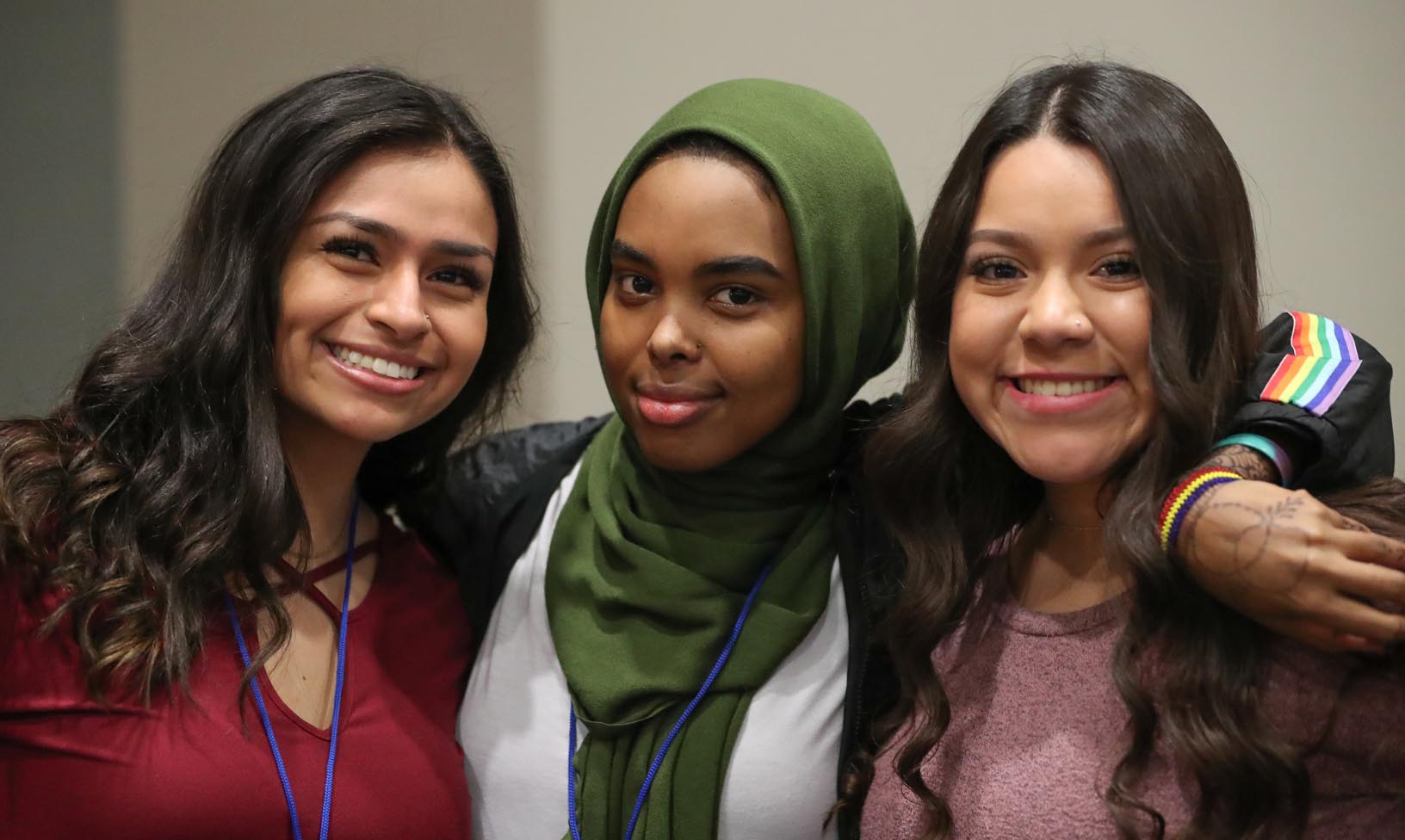