KEARNEY – Emily Farley has always been fascinated with flying.

The Waco native got her first opportunity to soar through the sky as a young girl, and the experience “lit a spark” in her.

“It’s exciting,” Farley said. “Being up in the air, you get to see so many different things and see everything from a different perspective.”

Now a junior at the University of Nebraska at Kearney, Farley is turning her passion into a professional career through UNK’s aviation systems management program.

On Friday, she celebrated a major milestone in this journey during the program’s first-ever “Solo Wings Ceremony.” The event recognized 22 students who earned their UNK pilot wings by achieving solo flight status.

Farley completed her first solo flight in September, when she took the controls of a Cessna 172 on a beautiful late-summer evening – without an instructor seated to her right.

It was a “pretty big” accomplishment.

“I thought it was going to be scarier, but it wasn’t,” Farley said. “It was another moment of freedom.”

Farley is one of roughly 70 students currently enrolled in UNK’s aviation program, which offers a flight operations emphasis for students who want to be commercial pilots and an aviation support services emphasis that prepares graduates for other jobs in the industry, such as air traffic controller, airport manager or aircraft maintenance technician.

Although the COVID-19 pandemic has dramatically impacted the airline industry, program Director David Ballinger sees light at the end of the tunnel.

“The global demand for pilots has not changed,” Ballinger said. “We may be set back a year or two, but the airlines are coming back. There’s still going to be a global shortage of 600,000 to 700,000 pilots over the next 20 years.”

The high demand for commercial pilots and salaries that can reach six figures are among the program’s selling points.

It’s also a challenging career, according to Farley, who is president of UNK’s Aviation Student Organization.

“A career in aviation should never become boring because you’re always learning something new and always building on and developing your skills,” she said. “People who are lifelong learners and enjoy challenging themselves will find aviation to be an exciting and fulfilling career.”

There are plenty of career paths to choose from, too.

“Some students have a plan involving one or more of these career paths, and others might stumble upon them at some point in their career,” Farley said. “In my personal experience, every time I went out of my comfort zone and spoke to somebody about their aircraft or their career, I made a valuable connection and found some inspiration. Anyone who thinks they might be interested in aviation has to do just that – put yourself out there and talk to people. You never know what doors you might open up for yourself, and where you might find inspiration.”

Of course, the allure of adventure will always be a top draw.

“It’s an extremely attractive career option for any student wishing to travel the world and have a lifestyle that you can’t get working in an office,” Ballinger said. 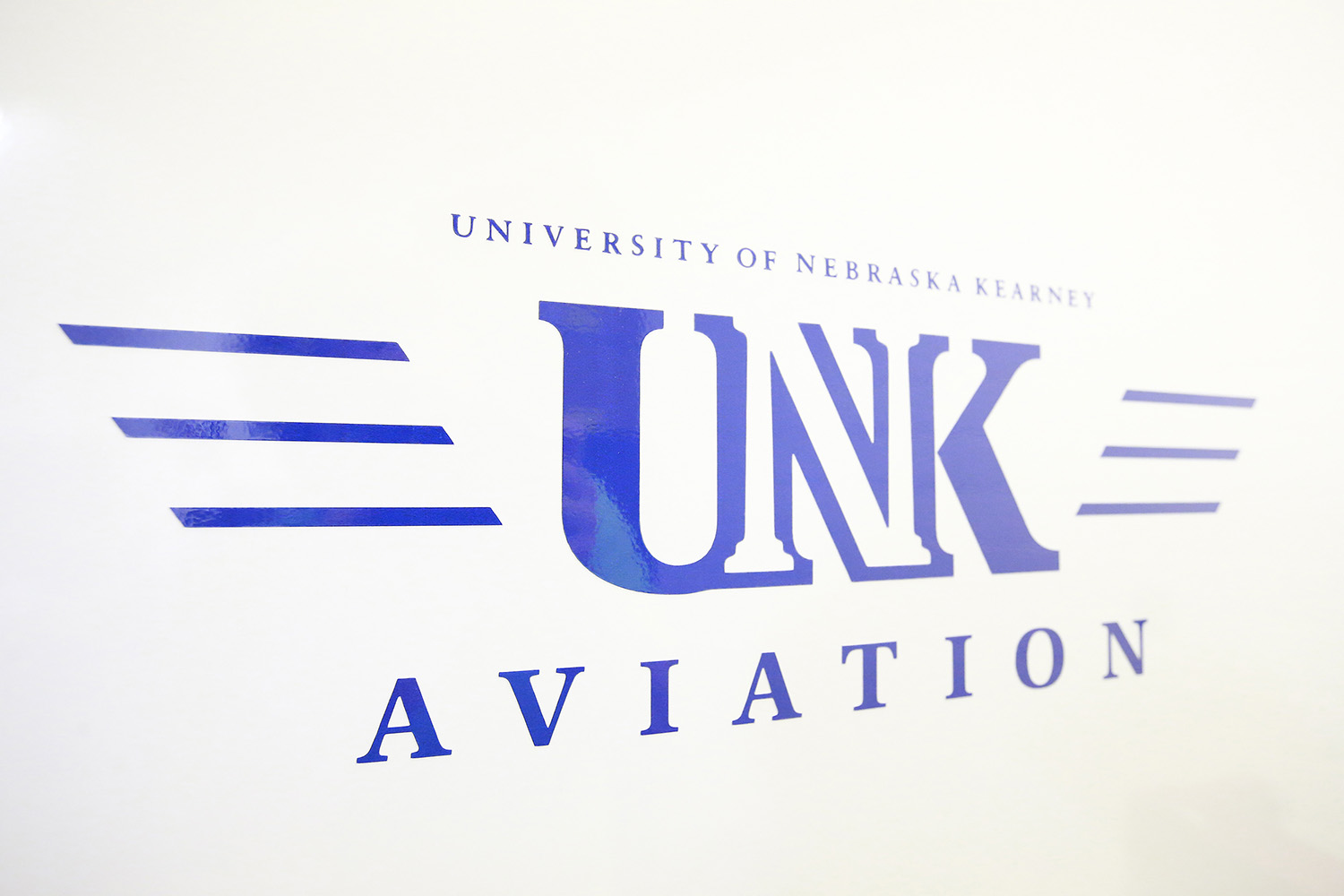 UNK is one of just two schools in Nebraska with a collegiate-level aviation program.

Students receive both a well-rounded education and world-class flight training while earning a Bachelor of Science degree at an affordable cost.

“We have access to their nearly 100 aircraft,” said Ballinger, who immediately implemented an expanded flight training schedule for students.

In addition to the training they receive at nearby Kearney Regional Airport, UNK students also have access to a Redbird flight simulator located inside Discovery Hall, a state-of-the-art STEM building that opened last fall.

Using the simulator, students can practice flying in a multitude of environments – such as Colorado’s thin air, low-visibility weather or a busy international airport – and the unit can be adjusted to match the controls of several different aircraft. It’s also an important tool for students learning how to handle emergency situations in a safe environment.

The motion-based simulator features a realistic view from the cockpit and dual controls that allow an instructor or co-pilot to perform maneuvers, and it records and replays flights for review.

UNK’s aviation program attracts students from across the globe, with more than half of the current enrollees coming from locations outside the U.S.

The university’s English Language Institute, which provides English language training for students, is a key part of this recruitment effort.

Hideharu Hayashi, a freshman from Fukuoka, Japan, came to UNK because of the affordable price tag and the opportunity improve his English skills.

“Pilots need to communicate with air traffic controllers, and English is required all over the world, so learning English is very important,” he said.

Hayashi started in the English Language Institute, where he took classes for a year before transitioning to the aviation program. He’s currently enrolled in a new aviation English course launched this semester to further help students meet the English language requirements for Federal Aviation Administration certification and future employment.

Like Farley, Hayashi has dreamed of being a pilot since he was little. He remembers looking at the breathtaking scenery from an airplane window as a young boy.

“When I become an airline pilot, I can connect people from all over the world and bring happiness through my job,” he said.

Hayashi, who completed his first solo flight in November, was also recognized during Friday’s “Solo Wings Ceremony,” an event Ballinger plans to host each semester.

“This event will hopefully be a showcase to the rest of the country and the world of not only the quality of our students, but the emergence of our program on the national and international stages,” Ballinger said. 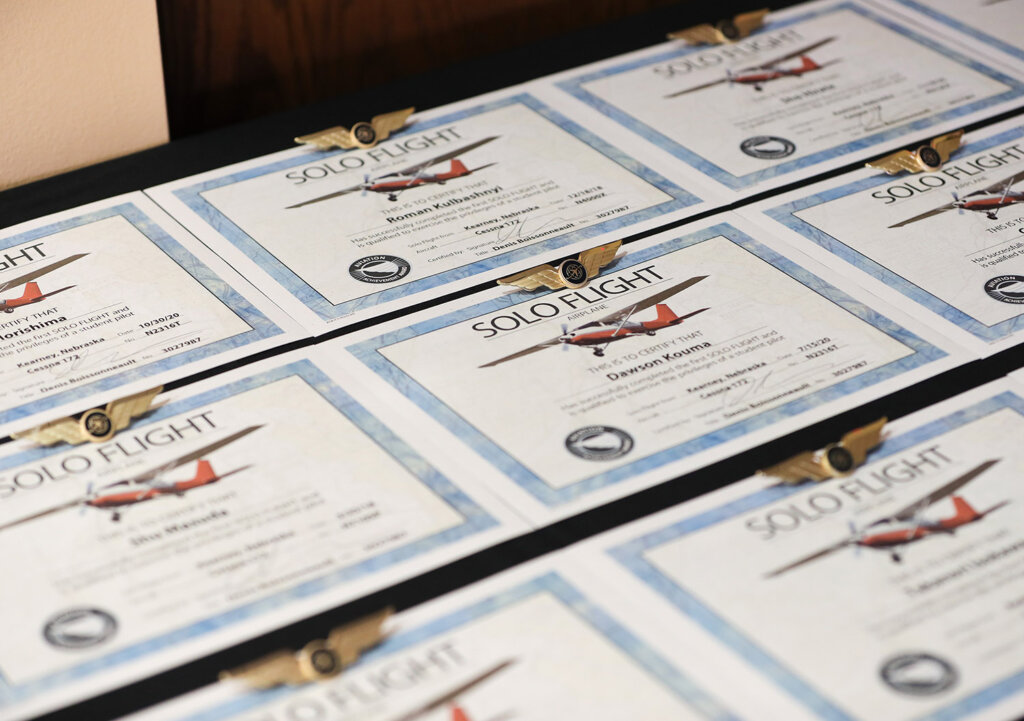 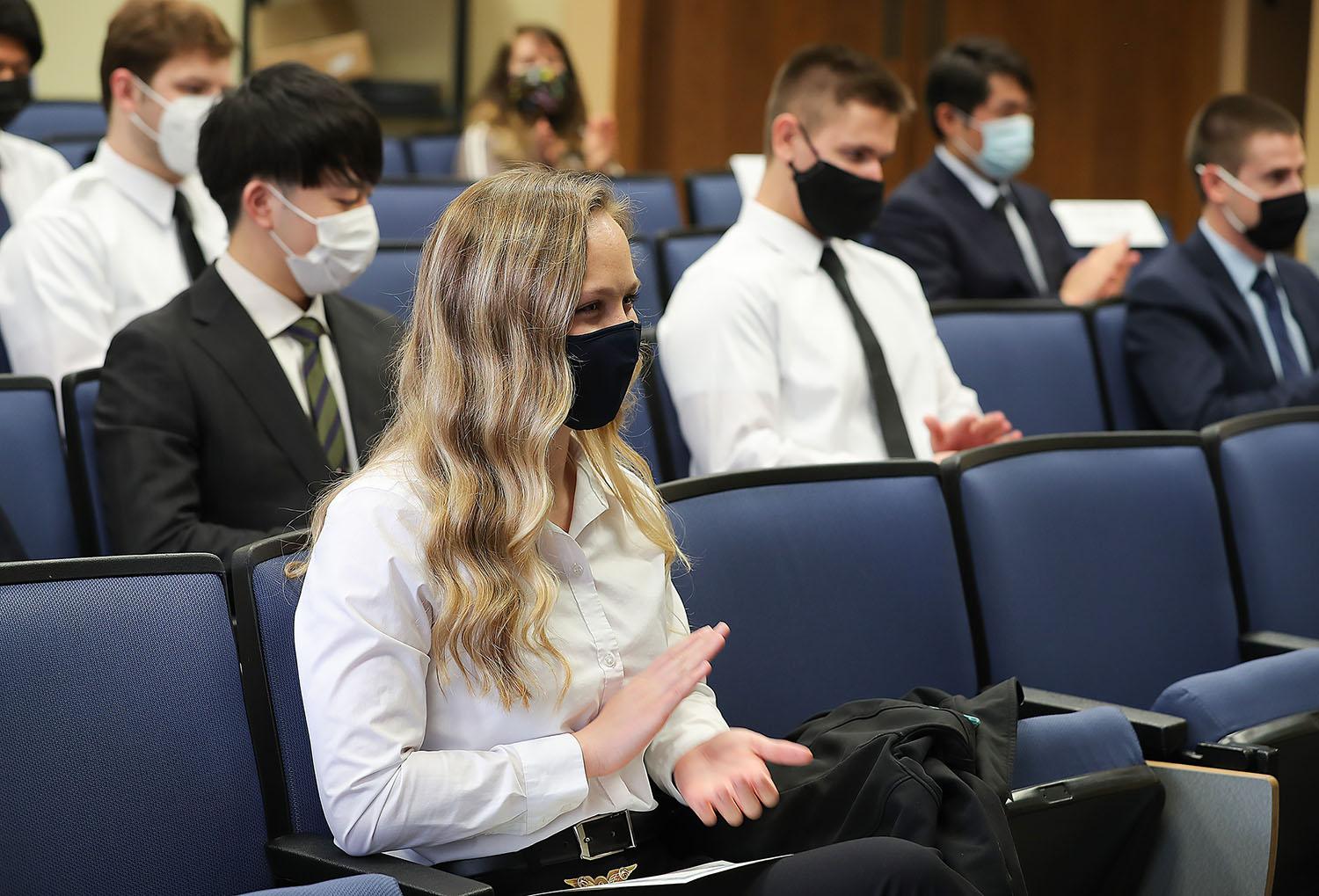 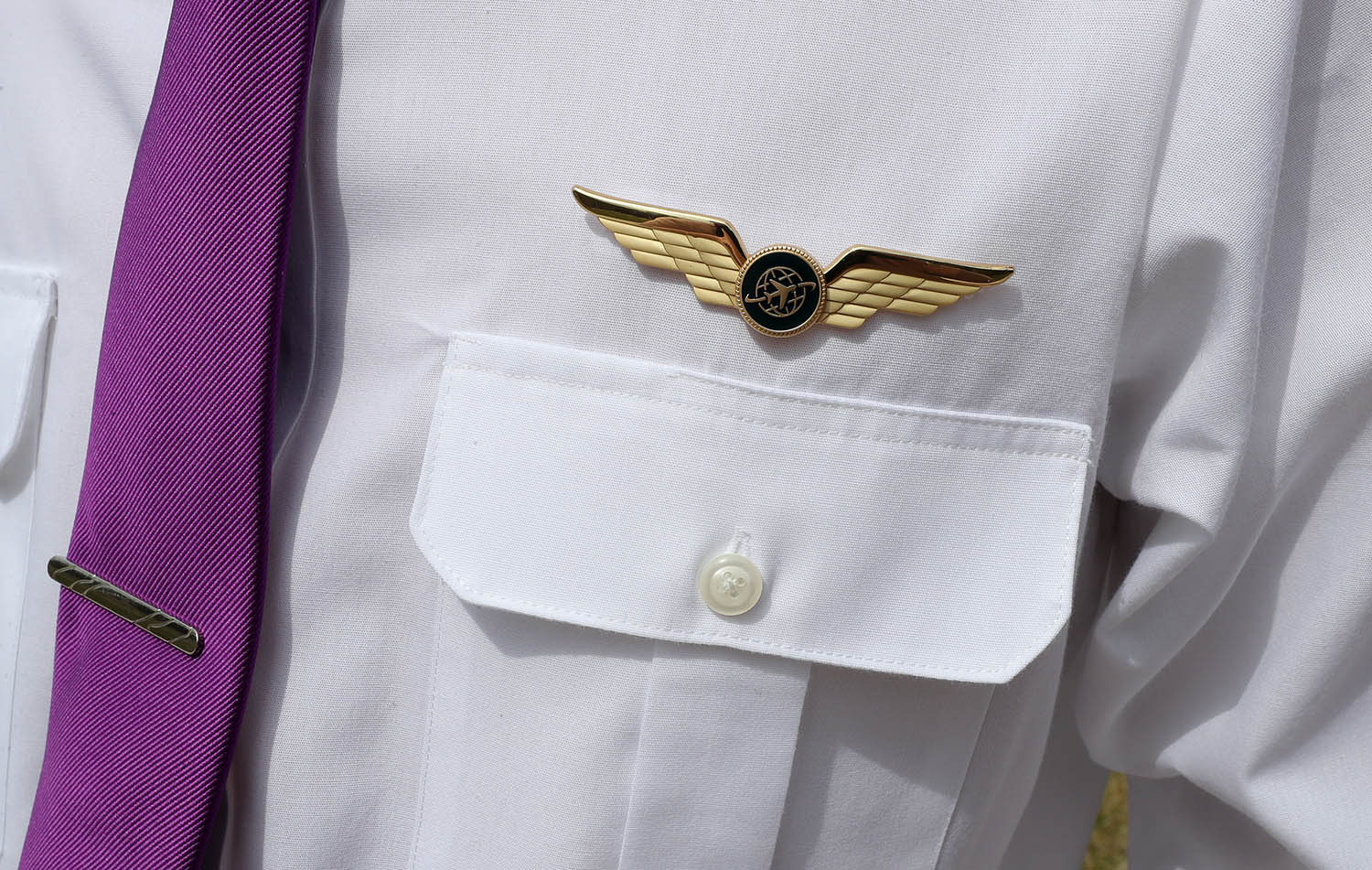