KEARNEY – Paige Kristensen has been a Loper for as long as she can remember.

The 22-year-old basically grew up on the University of Nebraska at Kearney campus, where her father Doug has served as chancellor since 2002. Her late grandmother Mary Lou earned two degrees from the school, known then as the Nebraska State Teachers College, and her older sister Morgan is a 2015 alumna.

“UNK has always been a really special place,” said Kristensen, who still has the plush antelope she carried during her father’s installation ceremony.

The Minden native can share plenty more childhood memories – there were UNK-themed Halloween costumes, homecoming parades, countless athletic events, even a family Christmas card with Louie the Loper. But her decision to attend the school her father leads was about more than nostalgia.

“I chose Kearney because I knew it was where I could be the best version of myself,” Kristensen said.

And that’s exactly who she’s become.

As she prepares to graduate today with bachelor’s degrees in business administration and sports management, Kristensen knows she’s not the same person she was 4 1/2 years ago. She’s changed “in the best way possible.”

“I’m so excited to say I graduated from UNK, because I really think Kearney had a big impact on me and who I am,” she said. “I’ve met my best friends here and had all these life-changing experiences.” 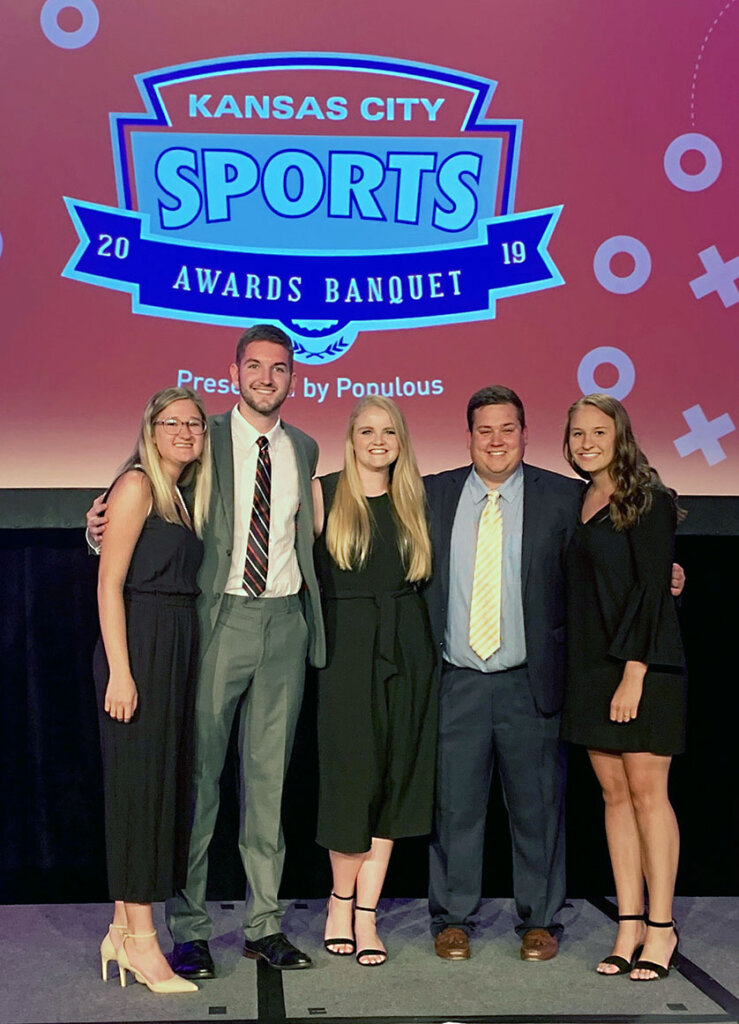 Those experiences include a pair of internships – one with the Nebraska Golf Association and another with the Kansas City Sports Commission and Foundation and WIN for KC – as well as a semester studying abroad in the Czech Republic. That trip also gave her a chance to visit Germany, Denmark, Hungary, Greece, Austria, Sweden, Poland and Italy, where she was selected to read Scripture during Sunday Mass at St. Peter’s Basilica in Vatican City.

“That’s a memory of a lifetime,” her father said. “As a parent, I lived through that.”

Back at UNK, Kristensen was involved in all sorts of activities. She played on the women’s golf team as a freshman, participated in intramural sports, joined the Alpha Phi sorority and served as a campus tour guide. She was also active in UNK Student Government, the Honors Program, Chancellor’s Ambassadors and several honor societies.

The dean’s list student and 2018 homecoming queen finalist works in the Office of Student Engagement and she’s been part of numerous community service projects, as well as the search committees for UNK’s College of Education dean and director of Fraternity and Sorority Life.

“What Paige has done is what we hope every student would do, and that’s take advantage of all the opportunities we have here,” Chancellor Kristensen said. “That’s a very strong aspect of UNK. You’re not just a number in a big crowd where you might do one of those things. You have the chance to do it all, and that’s very rich.”

His daughter certainly agrees. She’s not nervous at all as she prepares to apply for Master of Business Administration programs at UNK and the University of Nebraska at Omaha.

When Paige walks across the stage to receive her diploma from her father, don’t expect them to get all mushy.

“That probably isn’t either of our styles,” Chancellor Kristensen said.

But you can bet he’ll be beaming with pride.

It will also be bittersweet.

Chancellor Kristensen will miss the lunches with Paige and her friends, the random knocks on his office window and the fist bumps as they pass each other on campus.

“Those are just good memories as a dad,” he said.

Luckily, the two have at least a few more months to continue making them.

Paige plans to remain at UNK until May while continuing to work in the Office of Student Engagement. She’ll apply to graduate school in January and hopes to know where she’s headed by spring.

“UNK is a huge part of my life and I’m going to be really sad to say goodbye when that time comes, but I’ll never really leave,” she said. “UNK will always have a special place in my heart.”

A LOPER LIFE (IN PICTURES) 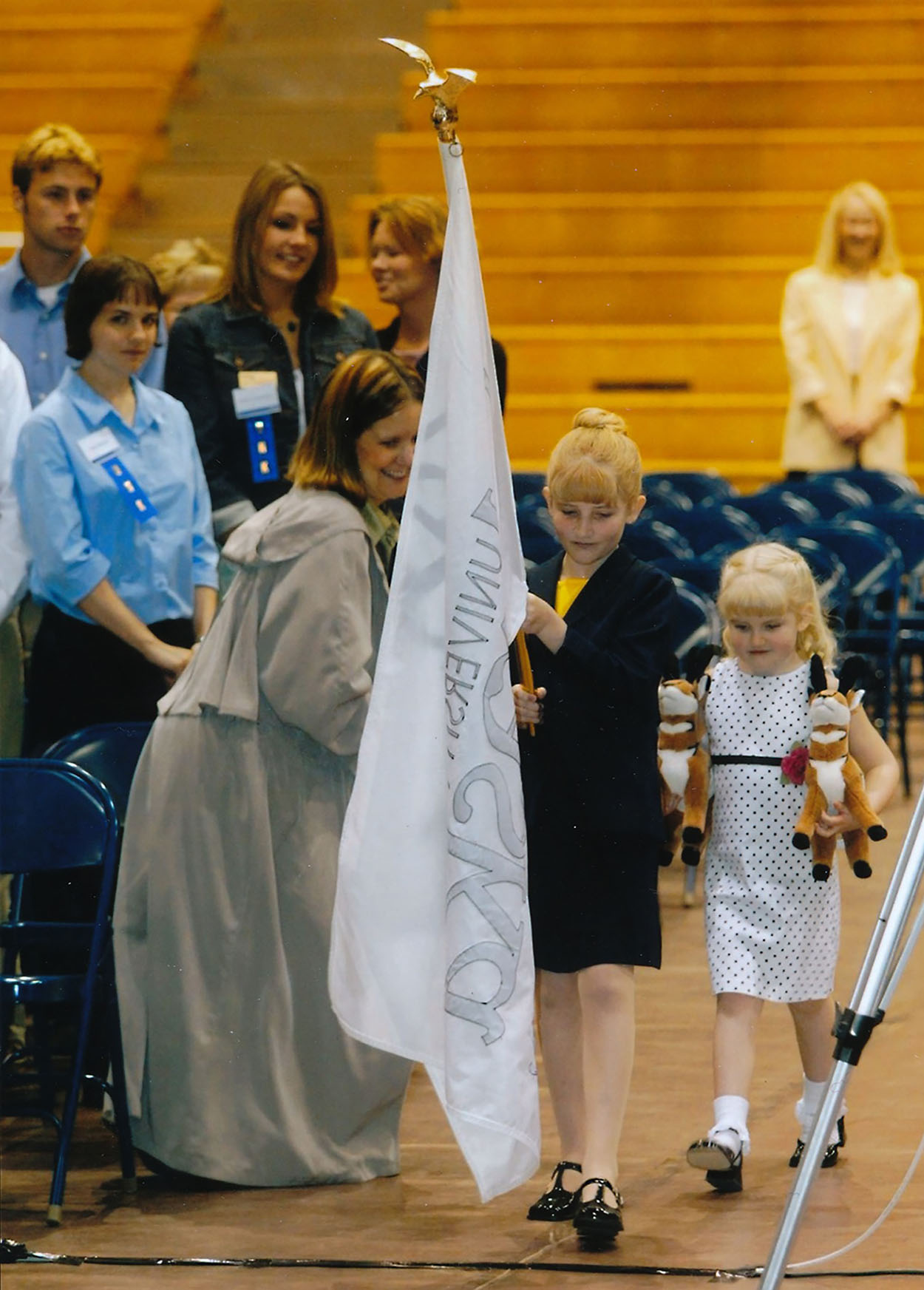 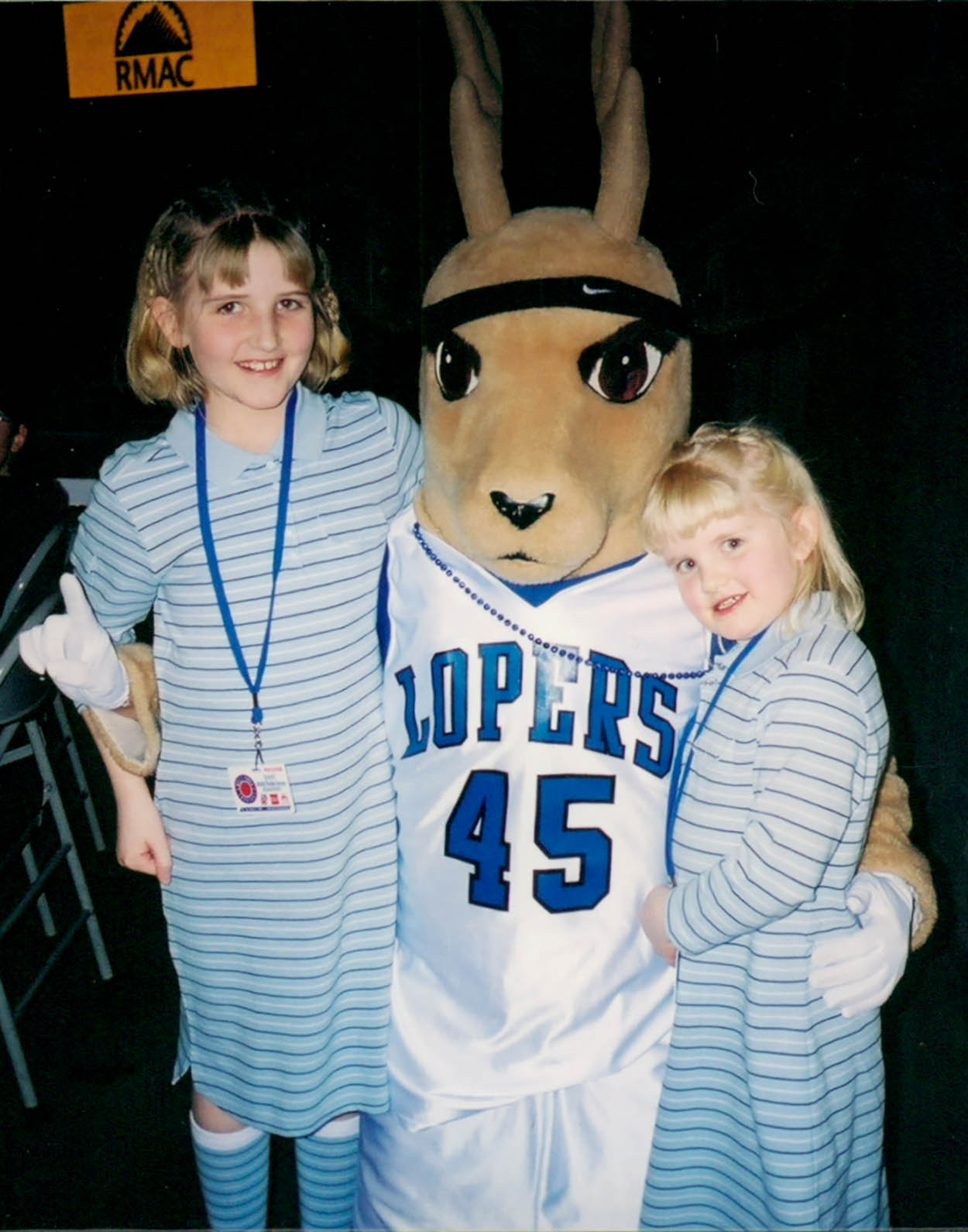 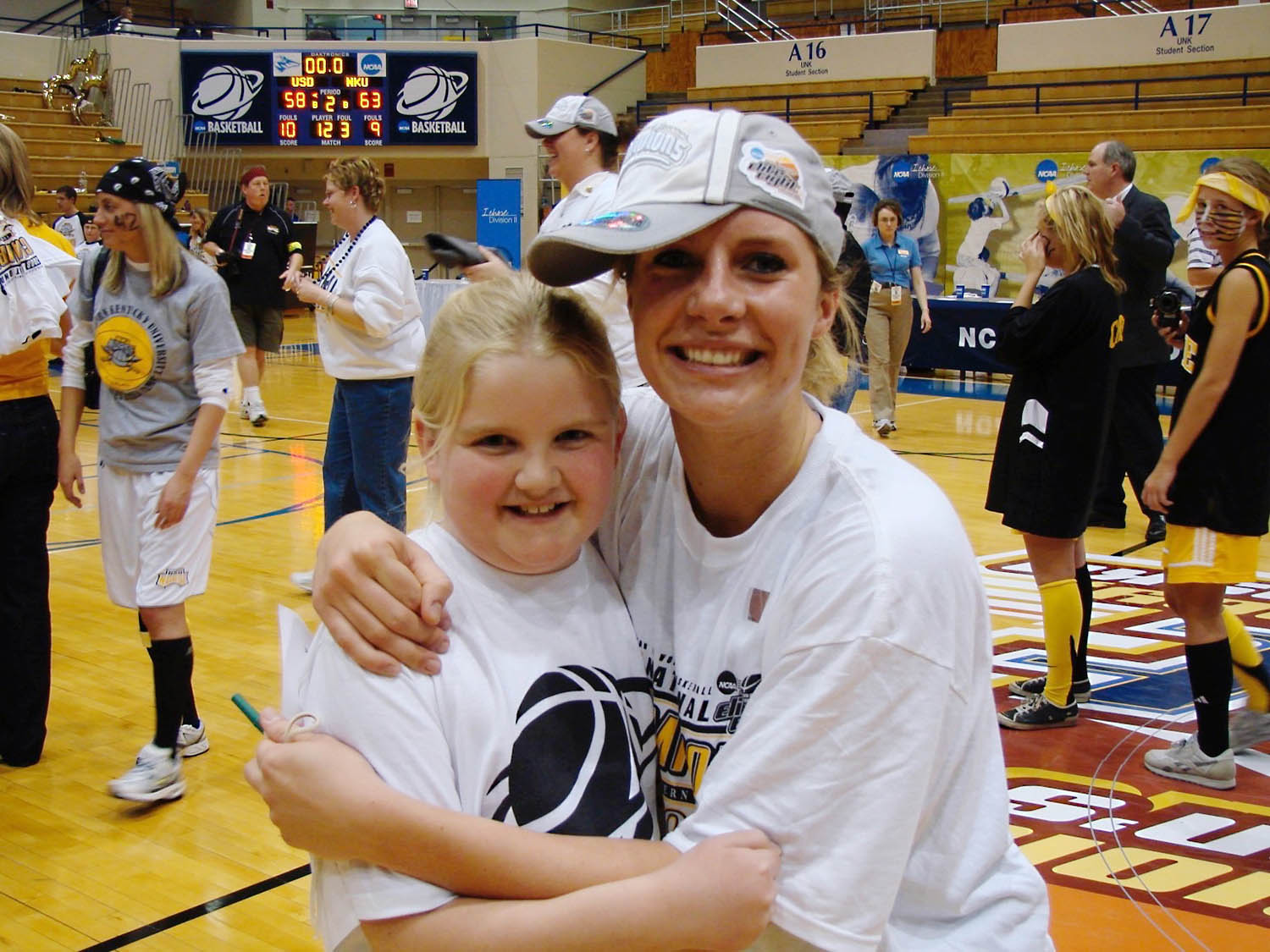 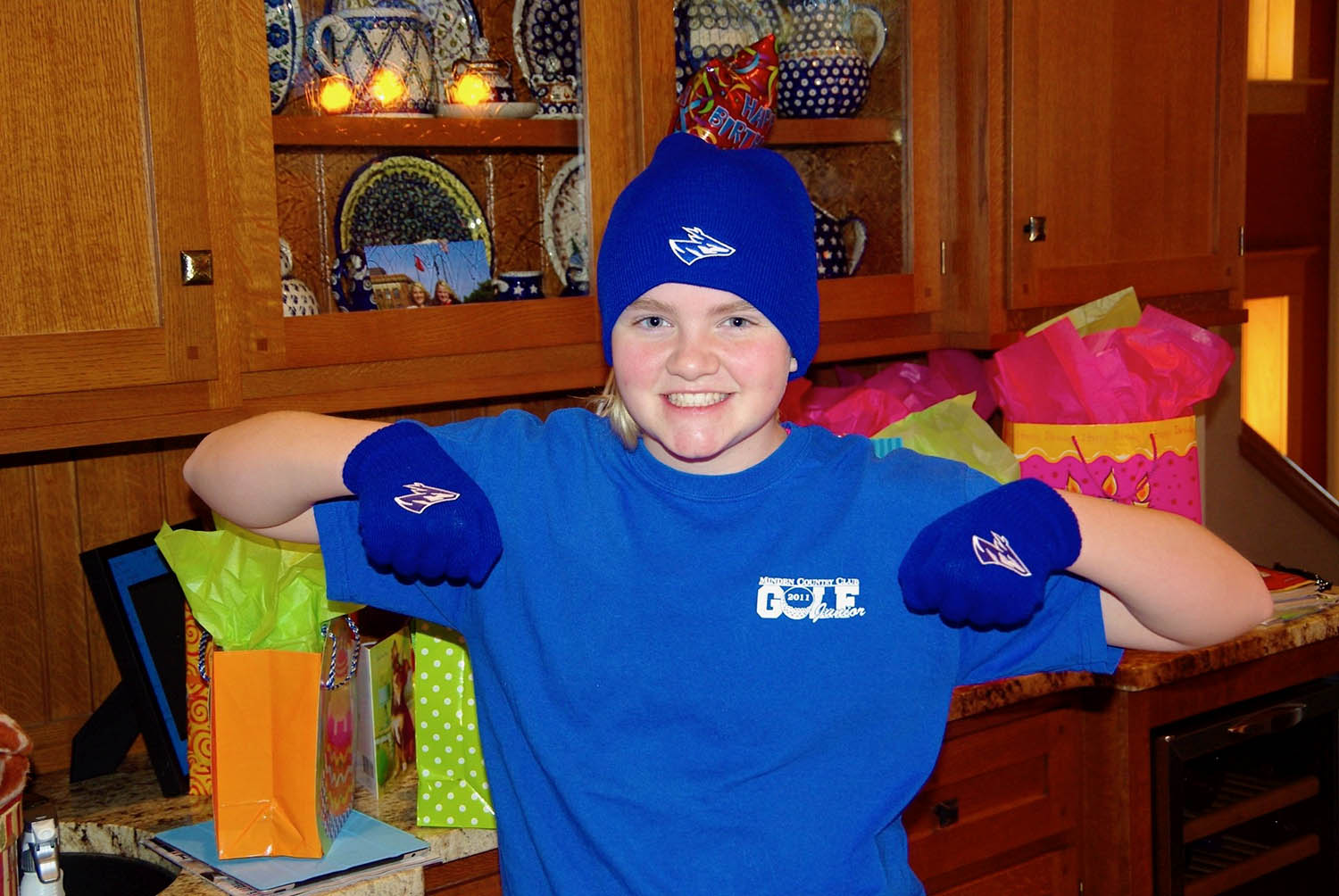 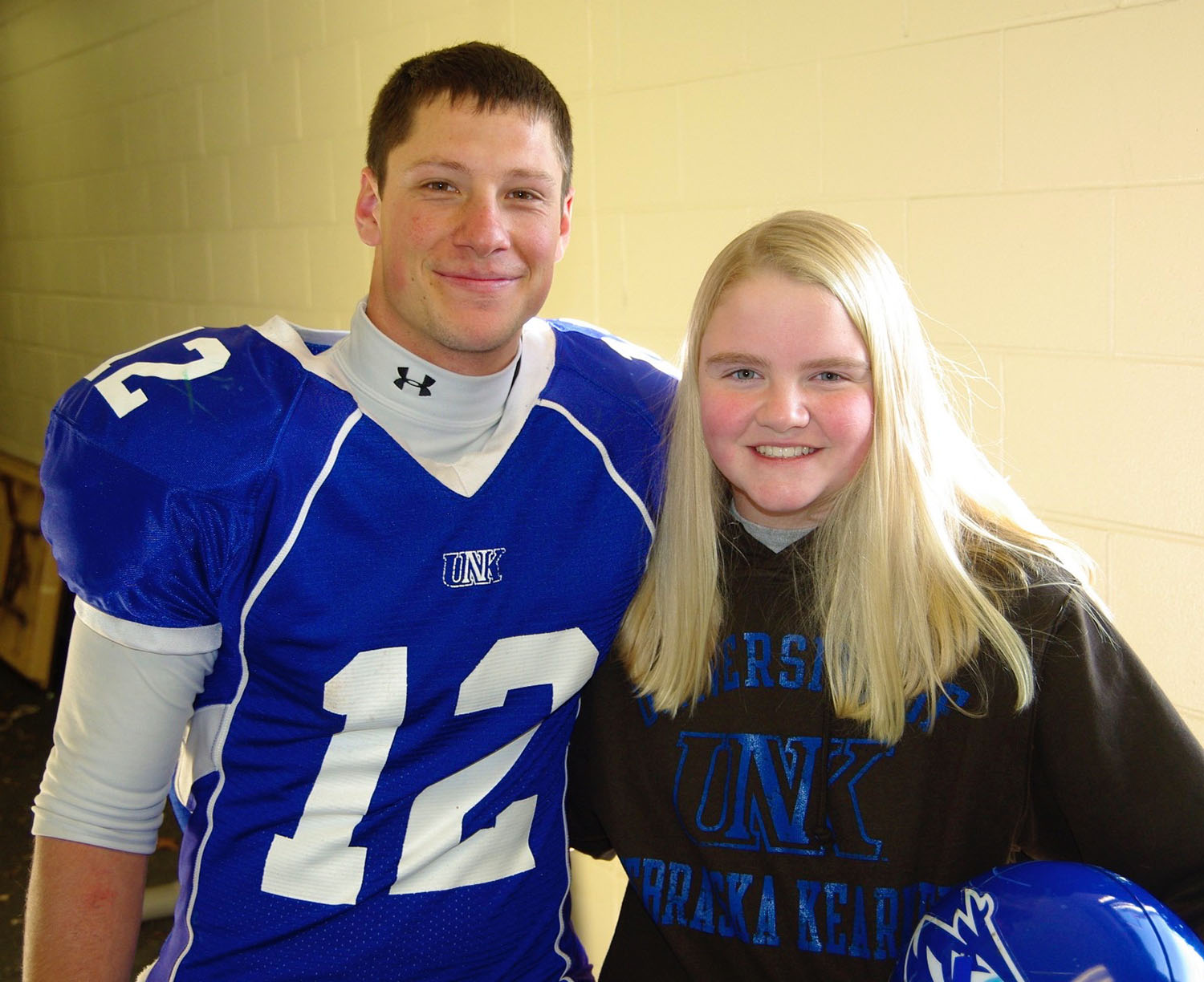 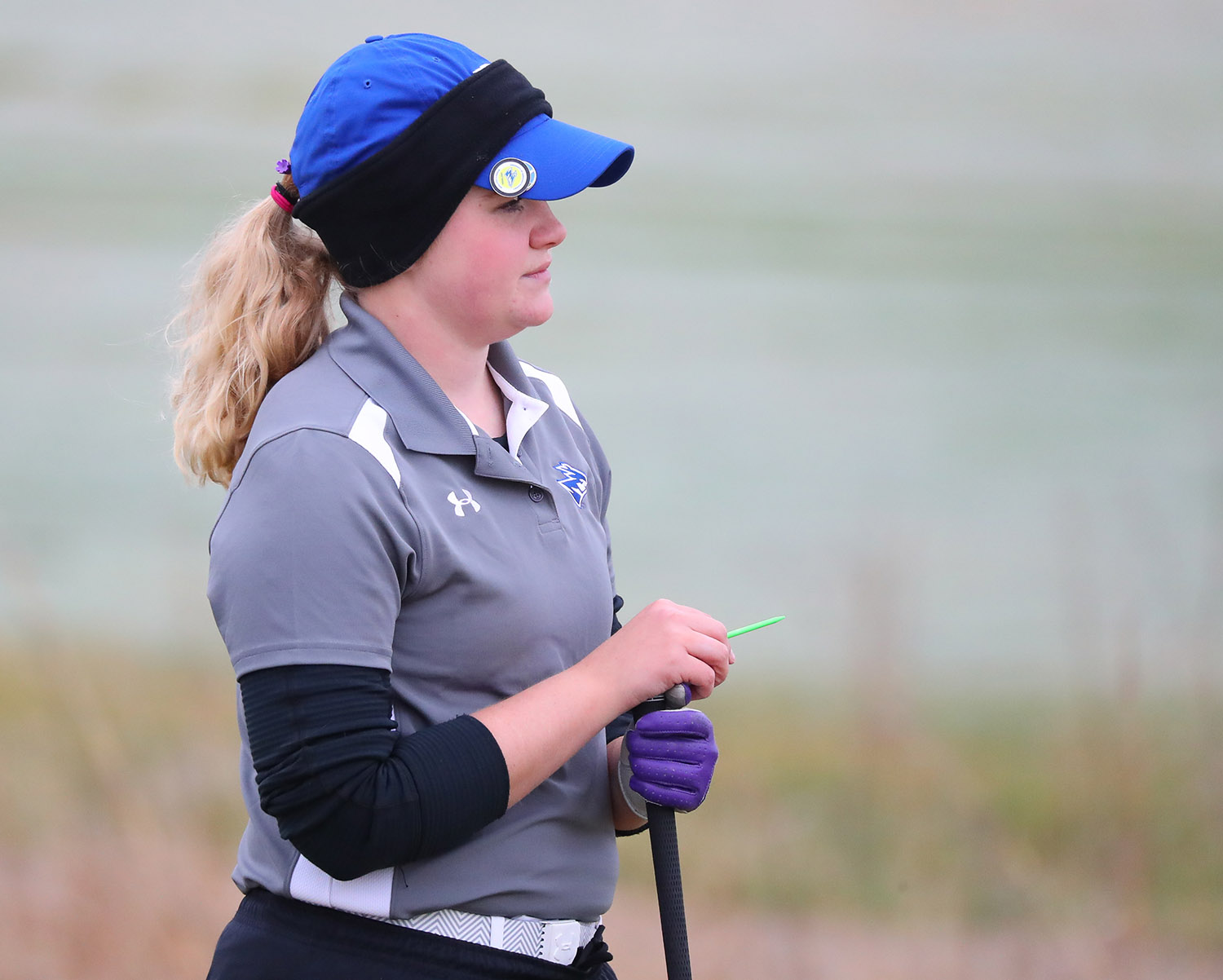 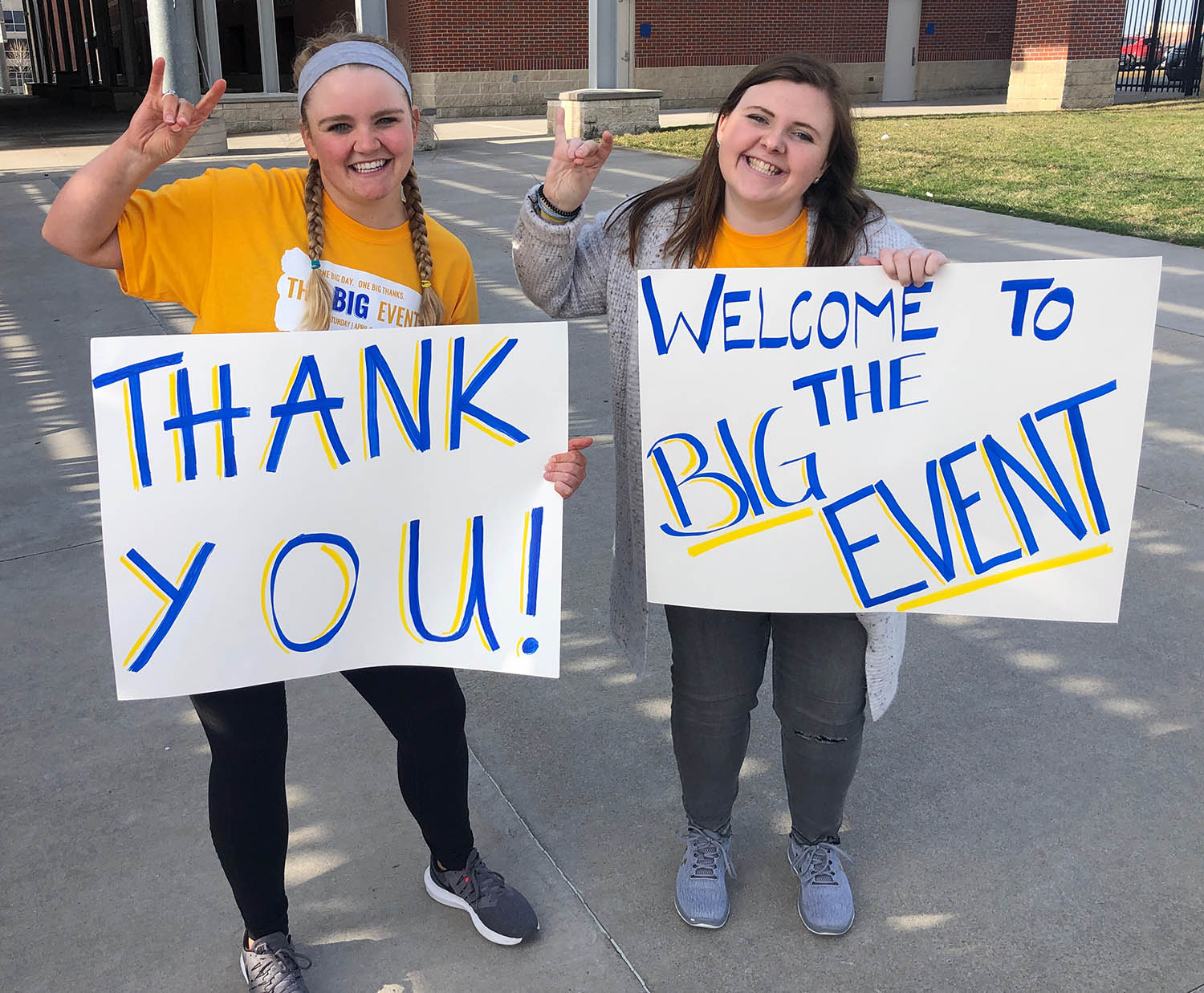 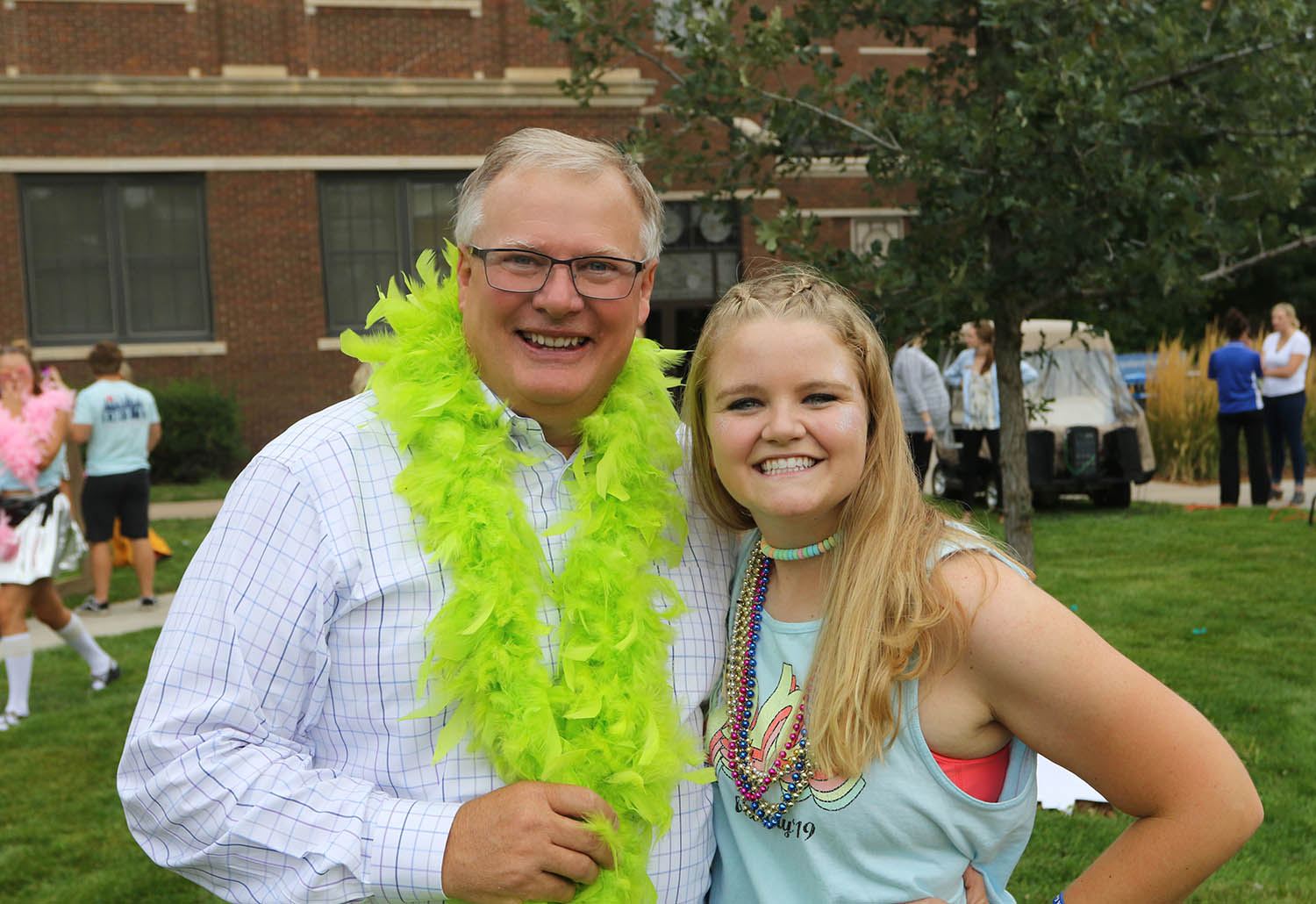 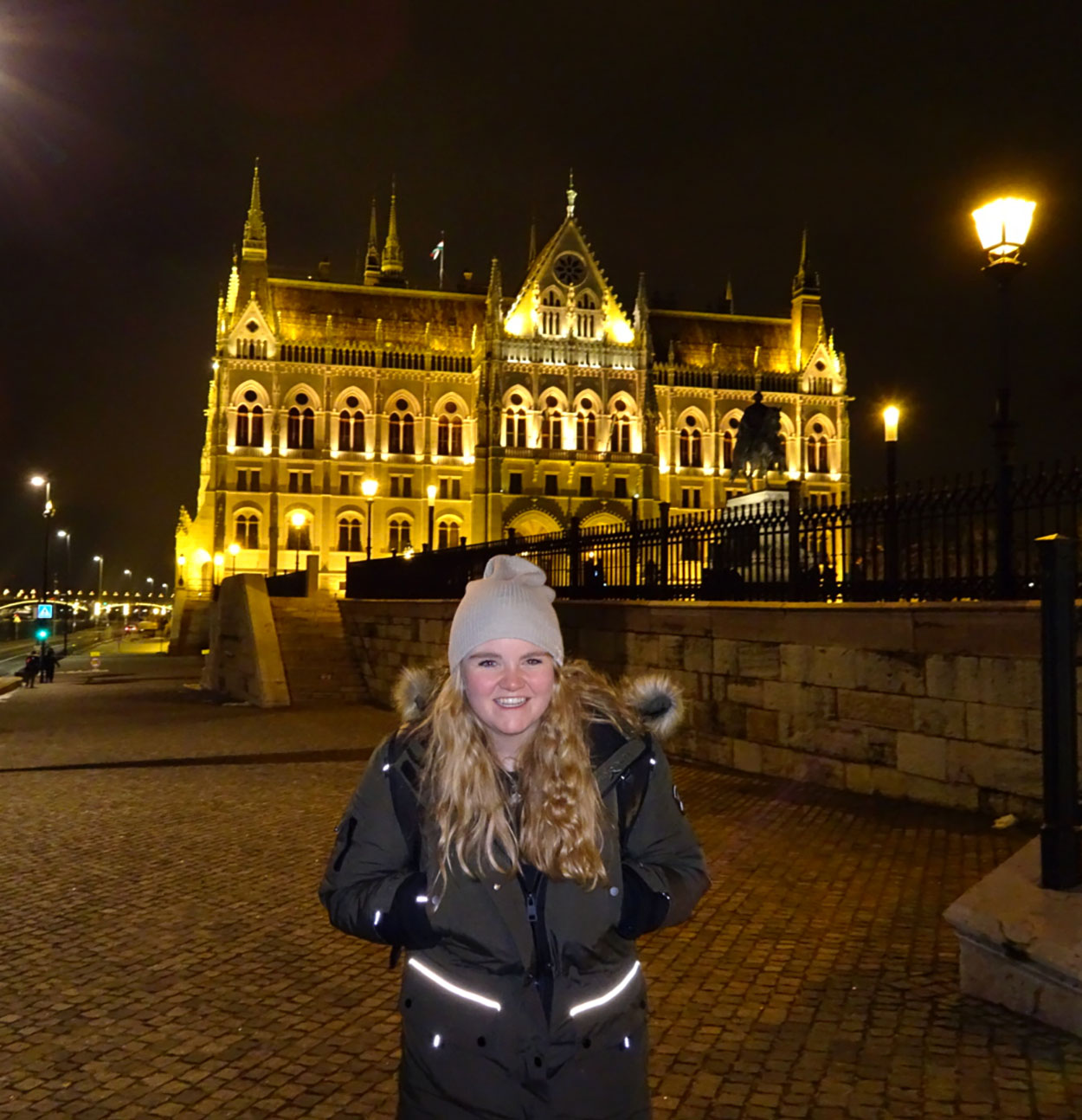 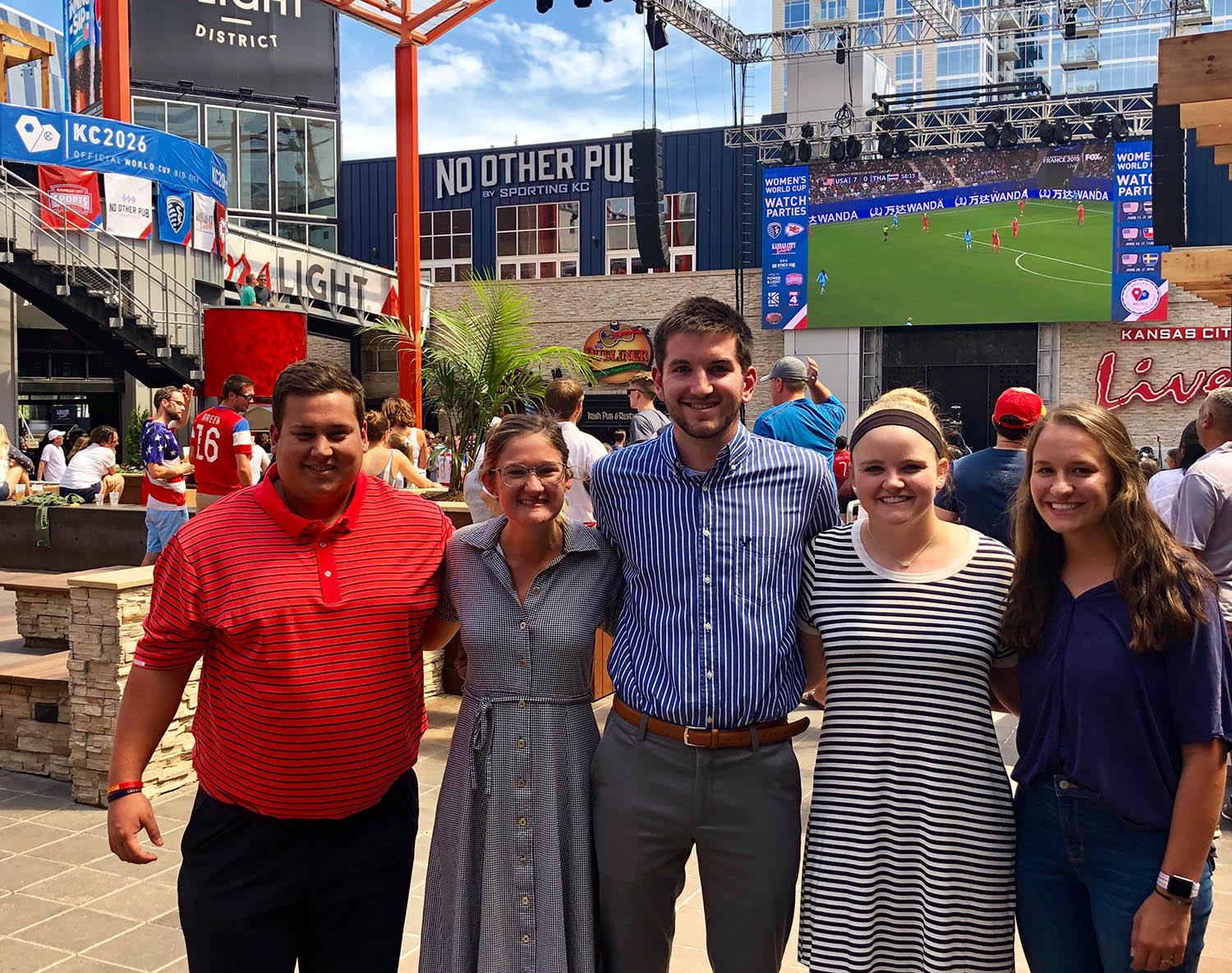 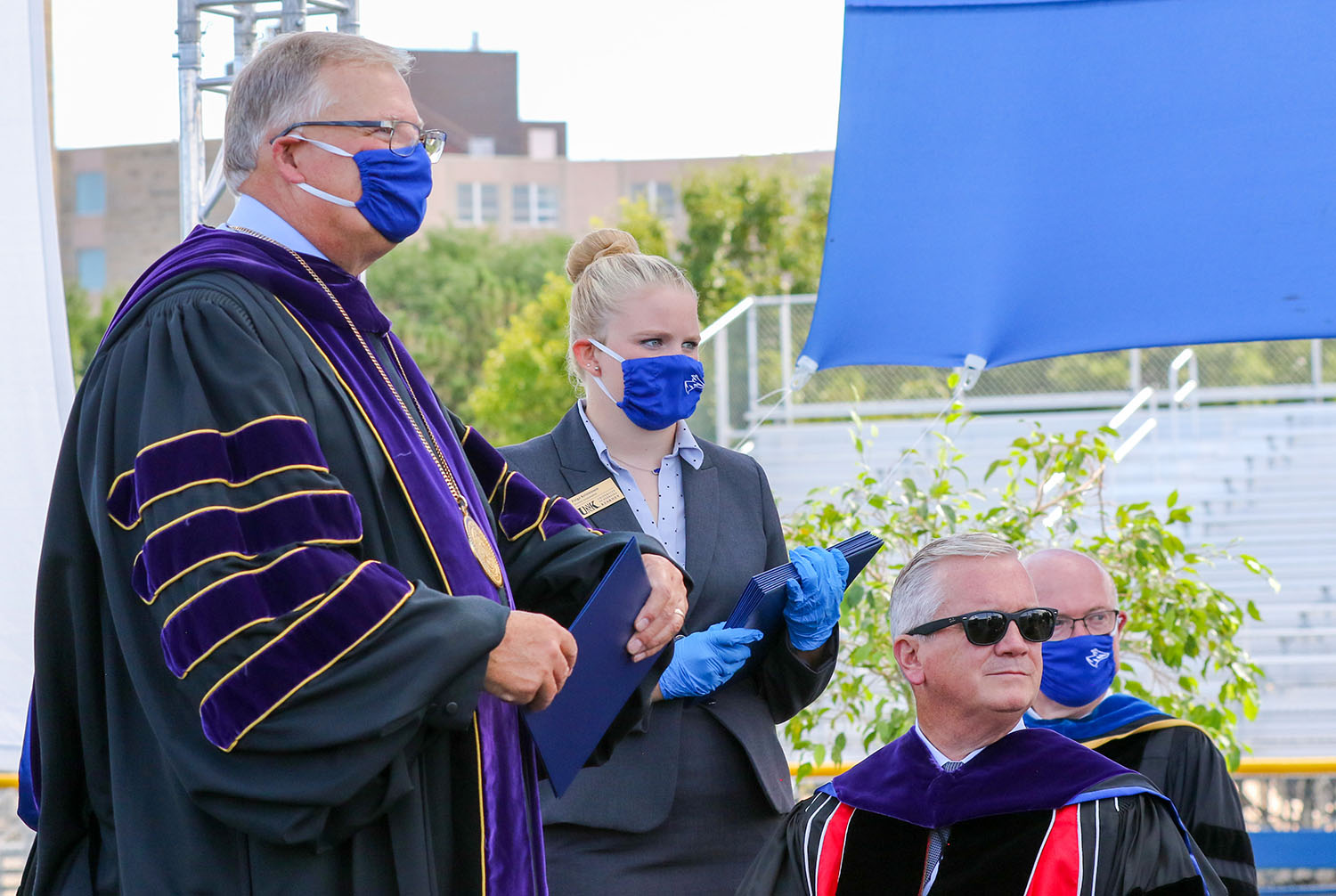