KEARNEY – Max Beal and Trey Janicek will serve as the next student body president and vice president at the University of Nebraska at Kearney.

A total of 1,651 undergraduate students cast votes in this year’s student government elections, representing the highest participation rate (37%) in UNK history. Beal and Janicek received 56% of the votes in the presidential race to defeat Makenzie Petersen and Reid Bednar.

Referencing their campaign slogan – “Your Voice. Your Choice” – Beal said he and Janicek will be strong advocates for UNK students over the next year.

“Now that students have made their choice, we’re going to be a great voice for them moving forward,” Beal said.

As student body president, Beal will represent UNK as a student regent on the University of Nebraska Board of Regents and serve as the official student body representative to the administration and public. The president also has the power to approve or veto legislation passed by the Student Senate.

Beal currently serves as a student senator representing the College of Business and Technology and he’s part of the Kearney Law Opportunities Program. He maintains a 4.0 GPA while studying business administration with a public law minor.

A junior from Kenesaw, Beal is president and founder of the UNK Pre-Law Society and president of the Sigma Phi Epsilon fraternity. He’s also a Chancellor’s Ambassador and a member of the UNK Honors Program, NU Student Alliance, Order of Omega Greek honor society and Phi Beta Lambda student business organization.

In the community, Beal has been involved with TOPSoccer, a soccer program for youths with physical or developmental disabilities, and Skills for Success, which teaches professional and personal etiquette to local seventh graders.

Janicek is an agribusiness major with a 3.6 GPA. A member of the Phi Delta Theta fraternity and Order of Omega Greek honor society, he serves as vice president of community service and philanthropy for UNK’s Interfraternity Council.

The junior from Bridgeport is also a resident assistant on campus and a member of Ducks Unlimited.

“Our entire team has worked so hard throughout this experience,” he said. “We all deserve this together. It’s not just the two of us.”

Members of the executive cabinet will be:
Adrian Gomez Ramos of Lexington – Chief of staff
Olivia Slater of Omaha – Secretary of student organizations and affairs
Kosuke Yoshii of Hokkaido, Japan – Secretary of the treasury
Ashly Helfrich of Bennington – Secretary of community relations 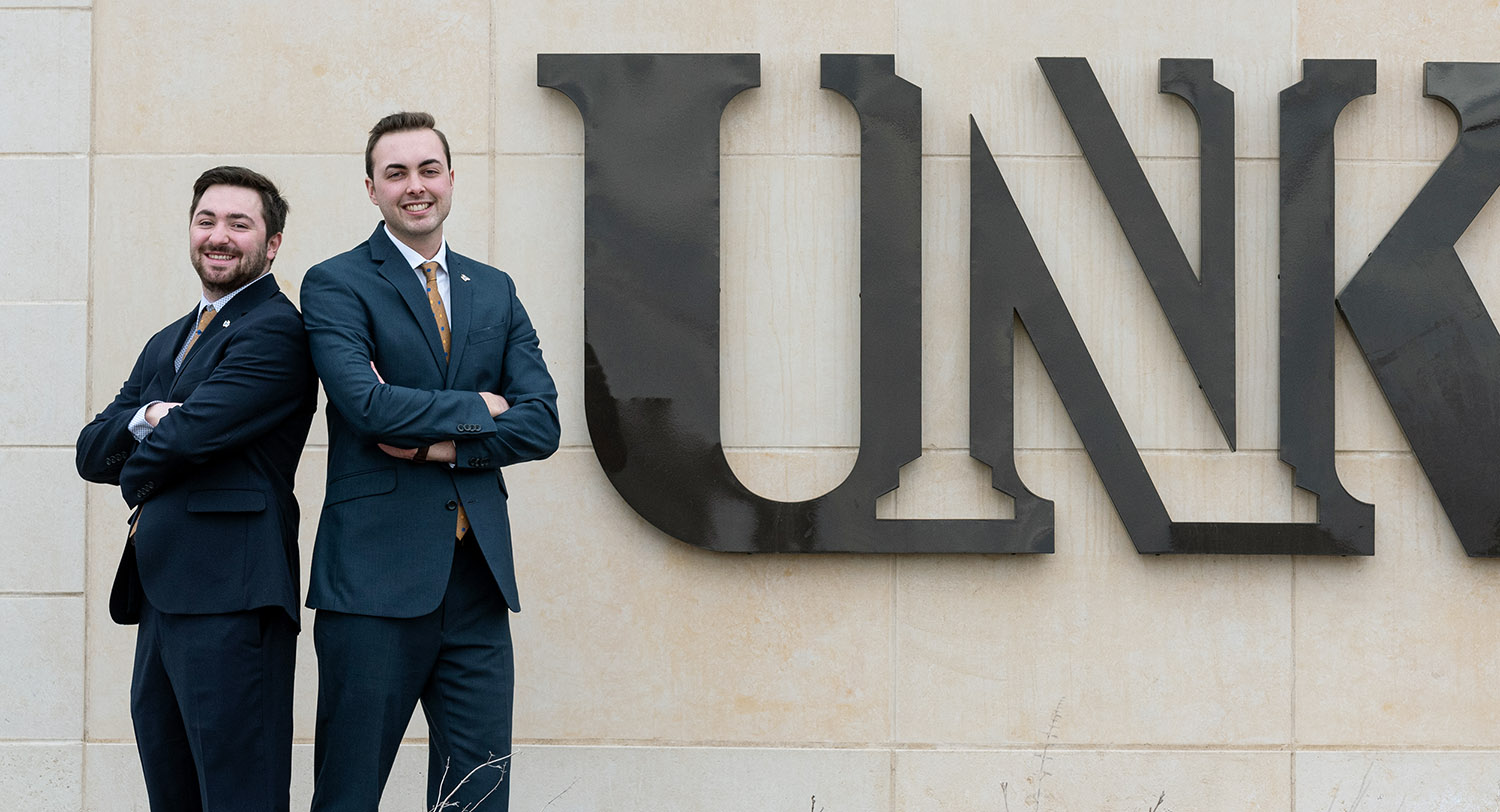 In addition to the presidential election, 16 students were selected Thursday to serve on the UNK Student Senate. This organization is the legislature for the student body, with representatives elected from each of the three academic colleges at UNK. There are also freshman and deciding/pre-professional senators.

Student Senate has the power to pass legislation for the campus, approve new student organizations, appoint student representatives to the UNK Faculty Senate and other administrative committees and perform other duties concerning student issues.

Those elected to the Student Senate are: