KEARNEY – Amy Kreutz reviews countless job applications each year as a national recruiter for Bosselman Enterprises, which operates convenience stores, travel centers, hotels, restaurants and other businesses in Nebraska and 22 other states.

One of the first things she looks at during the screening process is the education section.

“You will have a step up automatically from another candidate if you have a degree on your resume,” Kreutz said Wednesday while speaking to a group of Grand Island Senior High School students.

Kreutz and representatives from three other Grand Island companies – Chief Industries, GIX Logistics and Principal – sent a clear message during the event hosted by the University of Nebraska at Kearney’s College of Business and Technology.

There are opportunities within the state for young Nebraskans willing to invest in their own futures.

“We need to show kids and adults that we have places here for people to work,” Kreutz said. “They don’t have to leave. They can get their education and find a career all in one place.”

Bosselman, which employs more than 1,400 people nationwide, hires “a lot” of UNK graduates, according to Kreutz, who promoted the company’s fun work environment and caring culture along with the state’s relatively low cost of living and “Nebraska values.”

Still, she said it’s an “everyday challenge” to find the right employees to fill the company’s job openings, noting that Bosselman recently doubled the size of its recruiting department to identify more candidates.

In a state where the unemployment rate hovers around 3%, the need for additional skilled workers is widespread.

“That’s why it’s important to have events like this, because it starts to open that door and shows students those opportunities are there,” said Kreutz.

UNK’s College of Business and Technology partnered with the Office of Undergraduate Recruitment and Admissions on Wednesday’s event, which brought about 125 students from Grand Island Senior High School to campus to learn about local careers and how UNK can help them reach their goals.

In addition to the business panel, the high schoolers heard from UNK students, staff and faculty, toured campus and ate lunch in The Market @ 27th dining hall. The half-day event covered topics such as academic programs, scholarships and financial aid, internships and campus life.

Tim Jares, dean of the College of Business and Technology, encouraged the Grand Island students to find a career they’re passionate about and pursue it through higher education.

“That’s the single greatest thing you can invest in,” he said. “Nobody can ever take away your education.”

A college degree can also lead to a better quality of life, he added.

More than 90% of graduates from UNK’s College of Business and Technology land a full-time job within the first six months after receiving their degree, earning an average starting salary of $45,000 per year. Nearly 80% of these graduates accept positions in Nebraska.

“We have people who want to recruit you,” Bree Dority, associate dean of the College of Business and Technology, told the students. “Yes, you’re making an investment, but at the end there will be a job.” 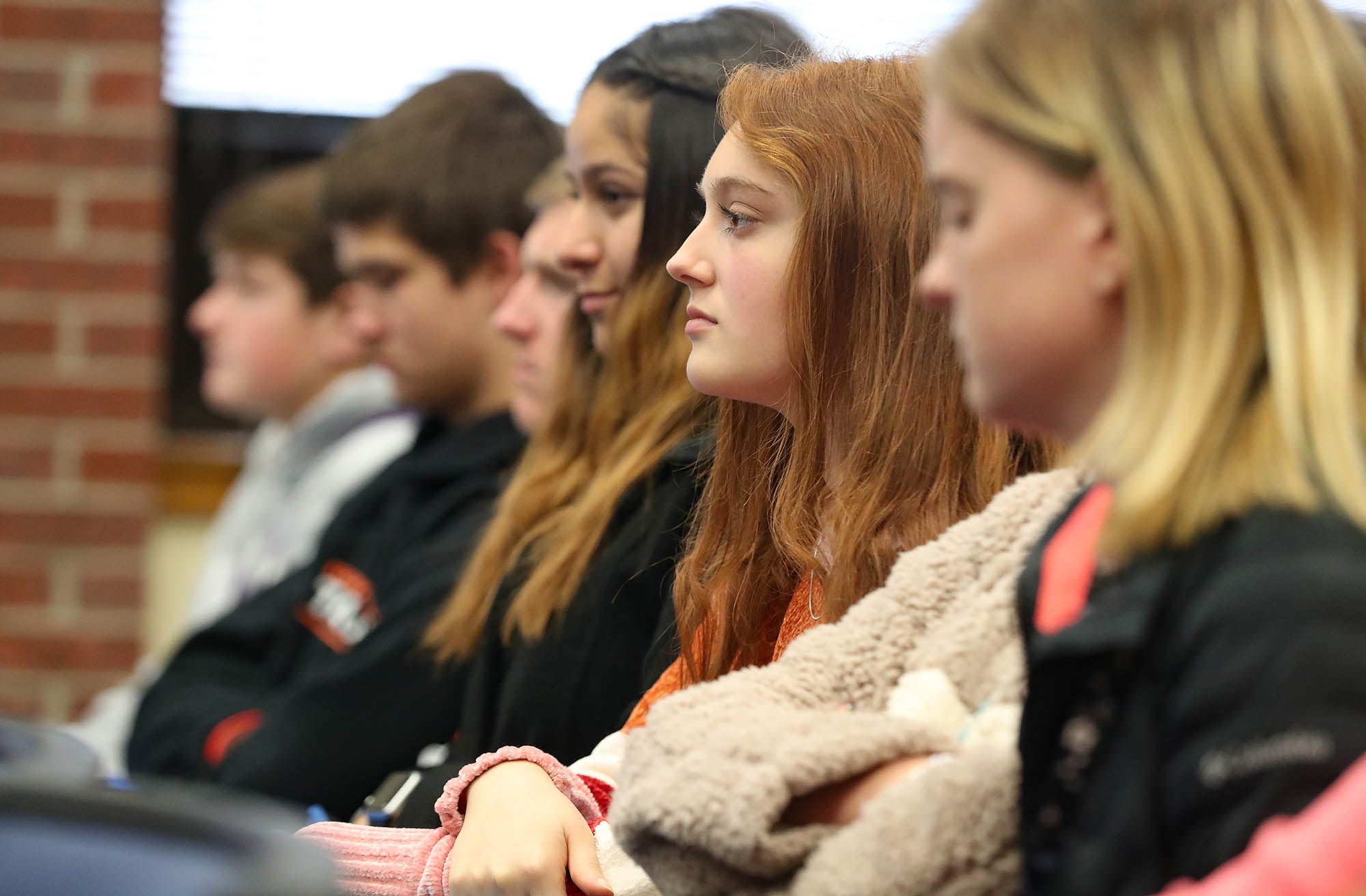