That’s one life lost every 40 seconds.

Kevin Hines could have been included in those statistics.

In September 2000, at age 19, Hines leaped off the Golden Gate Bridge in San Francisco.

“Are you OK? Is something wrong? Can I help you? Those were the words I desperately wanted to hear right before I catapulted myself over the rail,” said Hines, who has bipolar disorder and depression.

Since its opening in 1937, more than 1,700 people have died after jumping from the Golden Gate Bridge. Fewer than 40, including Hines, have survived the 220-foot fall into the water below.

Hines, who still struggles with many of the same symptoms that led to his suicide attempt, uses his remarkable story to shine a light on the mental health crisis and help people find the support they need to #BeHereTomorrow.

“Life is a gift, that is why they call it the present,” he said. “Cherish it always.” 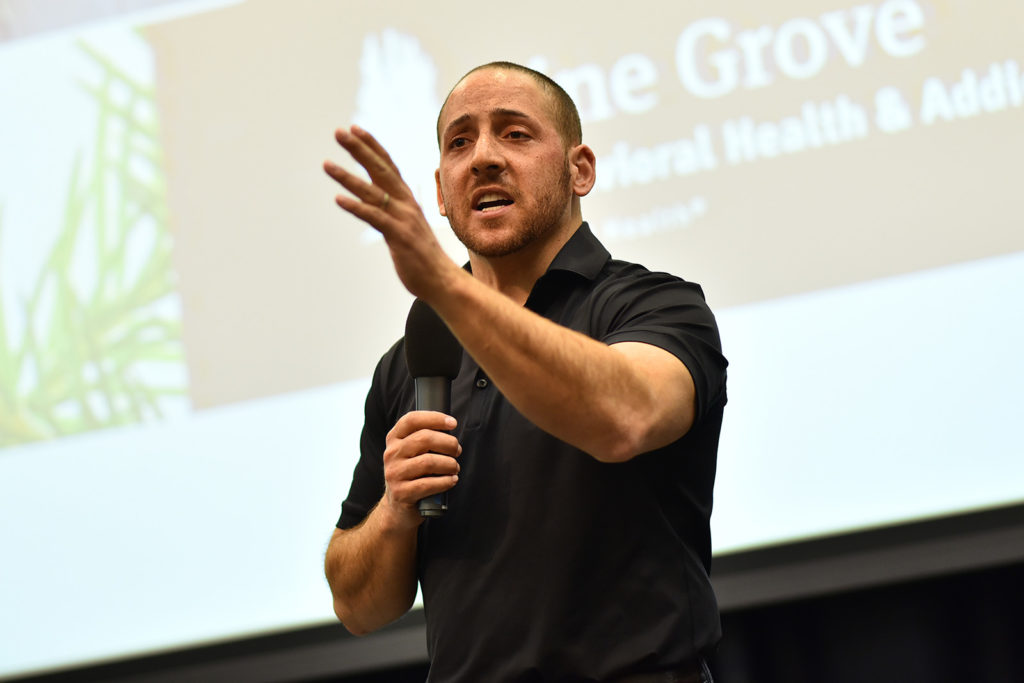 Hines will share this inspirational message of hope and healing 7 p.m. Oct. 9 in the Health and Sports Center on the University of Nebraska at Kearney campus.

In advance of the appearance, his documentary, “Suicide: The Ripple Effect,” will air 6:30 p.m. Thursday (Sept. 26) in Copeland Hall Room 142. The film chronicles Hines’ journey, as well as its impact on others, while highlighting individuals and families who are using their personal tragedies to help others.

A suicide prevention and mental health advocate, Hines has reached millions of people through his lessons on living with mental illness and mission to reduce the number of suicides and suicide attempts worldwide. His memoir, “Cracked, Not Broken: Surviving and Thriving After a Suicide Attempt,” was released in 2013 and his story has been featured in Time magazine, the New York Times, Newsweek, Vanity Fair and other media outlets, as well as the 2006 film, “The Bridge.”

In 2016, Mental Health America recognized Hines with its highest honor, the Clifford W. Beers Award, for his efforts to improve the lives of people with mental illness, and he’s received a Lifetime Achievement Award from the National Council for Behavioral Health.

Hines serves on the Survivors Committee of the National Suicide Prevention Lifeline and the boards of the International Bipolar Foundation, Mental Health Association of San Francisco and Bridge Rail Foundation, a group that pushed for the installation of a barrier to deter suicides at the Golden Gate Bridge.