You are here: Home / News / UNK multicultural affairs director Juan Guzman guides minorities on what education can do
Post Views: 1,746 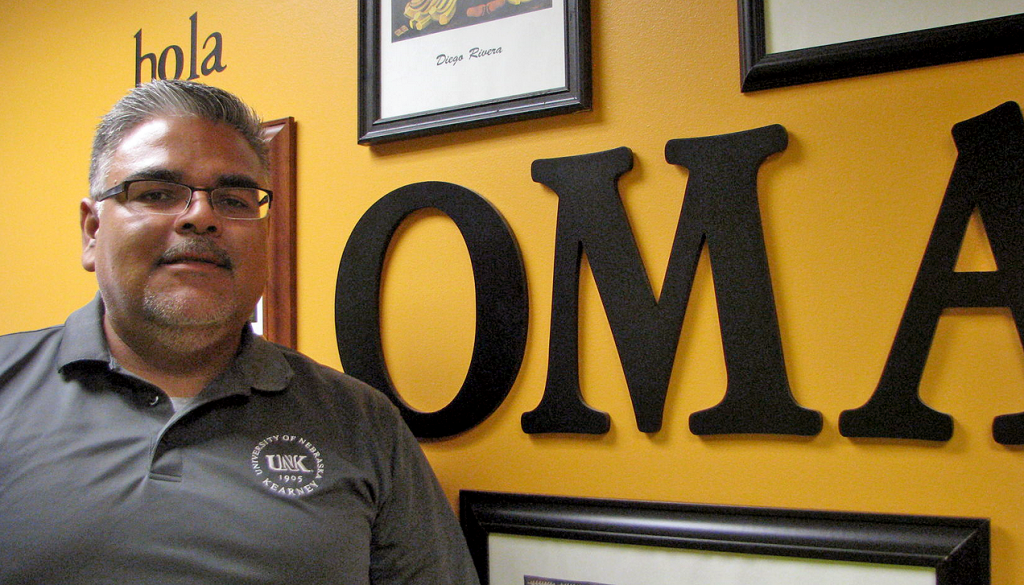 “Nobody told me I could take the ACT more than once for a better score.” – Juan Guzman

KEARNEY — Not always kind, but enormously efficient, experience has been a good teacher for Juan Guzman.

Growing up as a Latino in Grand Island taught him a lot about racism — and how not to handle it.

He was in high school in the 1990s when immigration officials raided the Monfort packing plant and arrested hundreds of undocumented workers. He said after the raids that racism went from being an undercurrent in Grand Island to in-your-face. He and his friends, sometimes, handled it the wrong way.

“We fought with our hands,” he said. “I was always in a lot of trouble.”

Guzman said a teacher told him: “You’re a good leader, but you’re doing the wrong things.”

With the teacher’s support and encouragement, Guzman discovered that education is the great equalizer.

He finished high school and eventually landed at the University of Nebraska at Kearney. Earning his bachelor’s degree took 10 years of hard work, lots of studying and more than his share of mistakes. As the first college student in his family, Guzman had no idea about the ins and outs of higher education.

“Nobody told me I could take the ACT more than once for a better score, or that you should never sign up for algebra, geology or physics in the first semester,” he said.

Achieving legal residency was an added layer of stress, but Guzman said by the time he had earned his degree, he knew what his life’s mission would be. “My experience made me fall in love with this profession.”

The years of fighting, stumbling and getting back up have given him street cred, Guzman said, and he puts all of it to work as director of UNK’s Office of Multicultural Affairs.

As the OMA director, he recruits students who may have little idea what a bachelor’s degree could do for them. As a result, Guzman often must convince students and families that the reward of higher education is more than worth the investment of time and money.