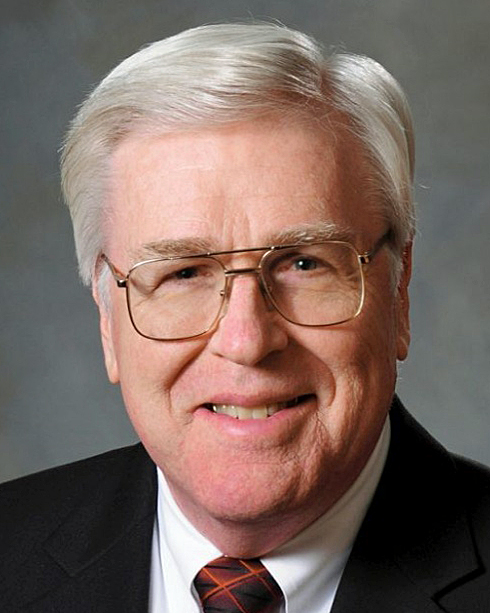 KEARNEY – Robert Phares of North Platte has been given the 2016 College of Business and Technology Distinguished Alumni Achievement Award at the University of Nebraska at Kearney.

A University of Nebraska Board of Regent, he was recognized Thursday at the CBT Annual Honors Ceremony, where he addressed the college’s graduates, their families, faculty and staff.

Phares is president of Phares Financial Services, a third generation independent life, health and financial planning firm started by his father, Carl, in 1947. His achievements include being a life and qualifying member of the Million Dollar Round Table for over 30 years, Court of the Table for eight years, and two-time qualifier for the elite Top of the Table, which is achieved by less than one percent of agents worldwide.

Phares was elected to the University of Nebraska Board of Regents in 2006 and continues to serve in 2016. He has chaired the Business Affairs Committee, Audit Committee, and served as chairman of the board in 2010 and 2015.

Phares is a Chartered Life Underwriter and Chartered Financial Consultant. He received the National Quality Award and The National Sales Achievement Award for over 30 years, and is past President of the Nebraska Association of Insurance and Financial Advisors.

He earned his business administration degree and graduated with honors from Kearney State College. He also graduated from The American College of Financial Services in Bryn Mawr, Pa.