You are here: Home / College of Business & Technology / From Tokyo to Kearney, Ryo Suzuki familiar face at UNK
Post Views: 1,384 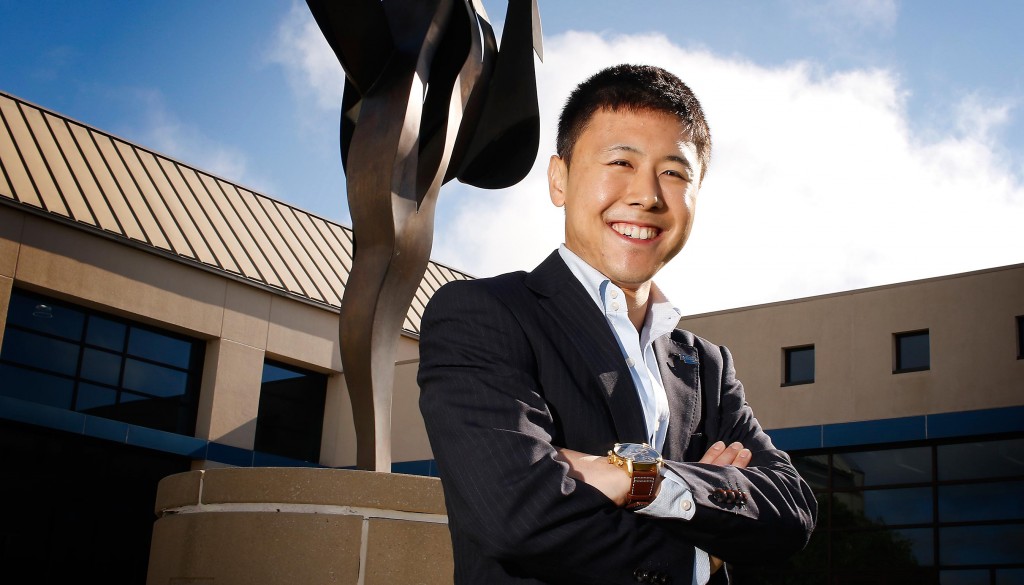 A self-described ordinary kid, Suzuki played sports and dozed off in the occasional class in his youth.

But halfway through high school, he decided he didn’t want to be normal. He was looking for a change. The kid who never thought he’d go to college, never dreamt he’d go to the United States, decided to look for a change in his life. 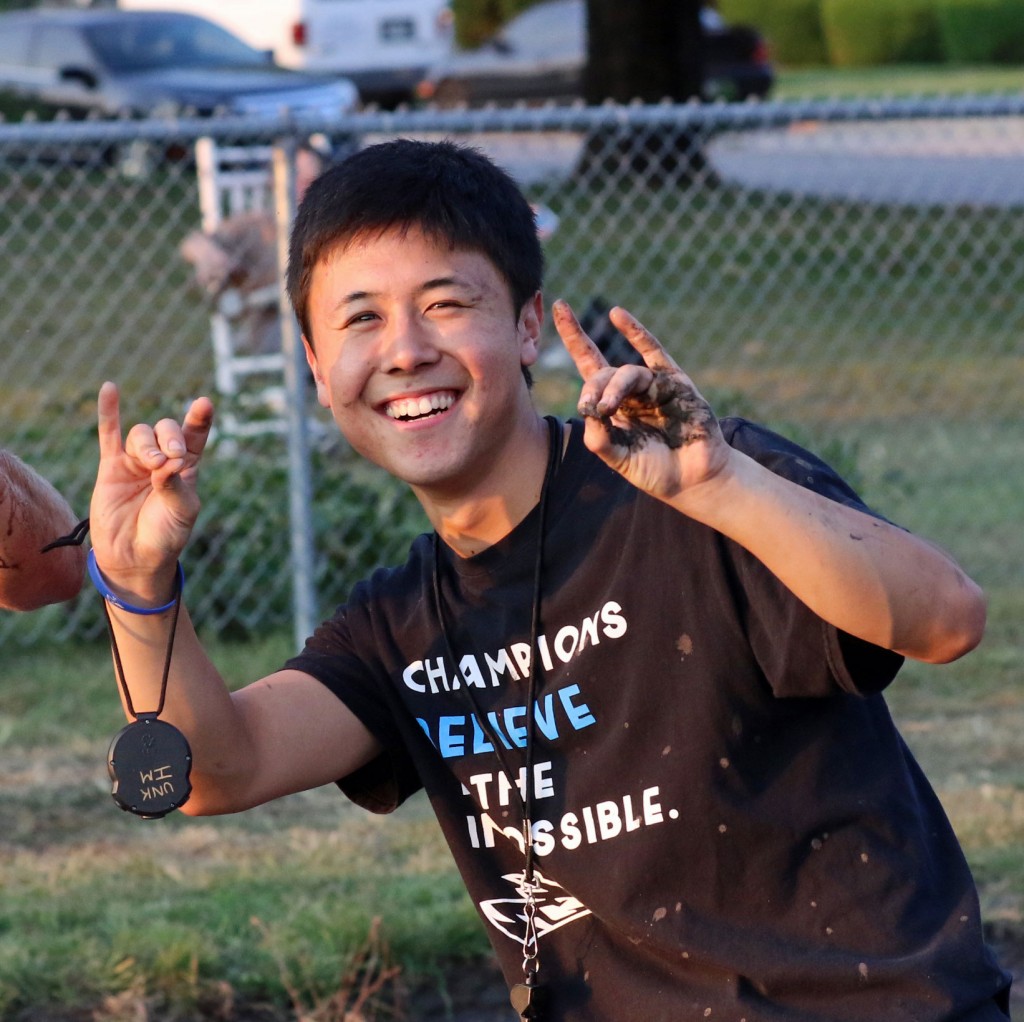 Suzuki started learning English, got his studies together and found a town in stark contrast to his bustling hometown of Tokyo, which has a population of 14 million.

In fact, when Suzuki typed “Kearney, Nebraska” into Wikipedia while he was in Japan, the town he was looking for didn’t even yield a search.

“I thought, ‘oh great,’ I’m going to the middle of nowhere,” said Suzuki, who graduates from the University of Nebraska at Kearney Friday with a degree in business administration and emphasis in management. “But I wanted something that would challenge myself.”

Suzuki, a first-generation college student, could have taken the safe route and worked for the family investment business, but that didn’t match his approach to life.

“I like working with people, not something that’s just a number or a piece of paper,” he said. “I’m the kind of guy when once I decide something, I’m going for it. I wasn’t told by anyone to come here. I decided to, and I’ve never second-guessed my decision.”

Since coming to Kearney in May 2012, Suzuki has been a familiar face across campus.

He’s been a Chancellor’s Ambassador the past two years. During that period he’s met donors and other important university constituents who made his college journey possible.

“Being a Chancellor’s Ambassador was huge because I’m a scholarship student, and I was able to say thank you to those people,” Suzuki said. 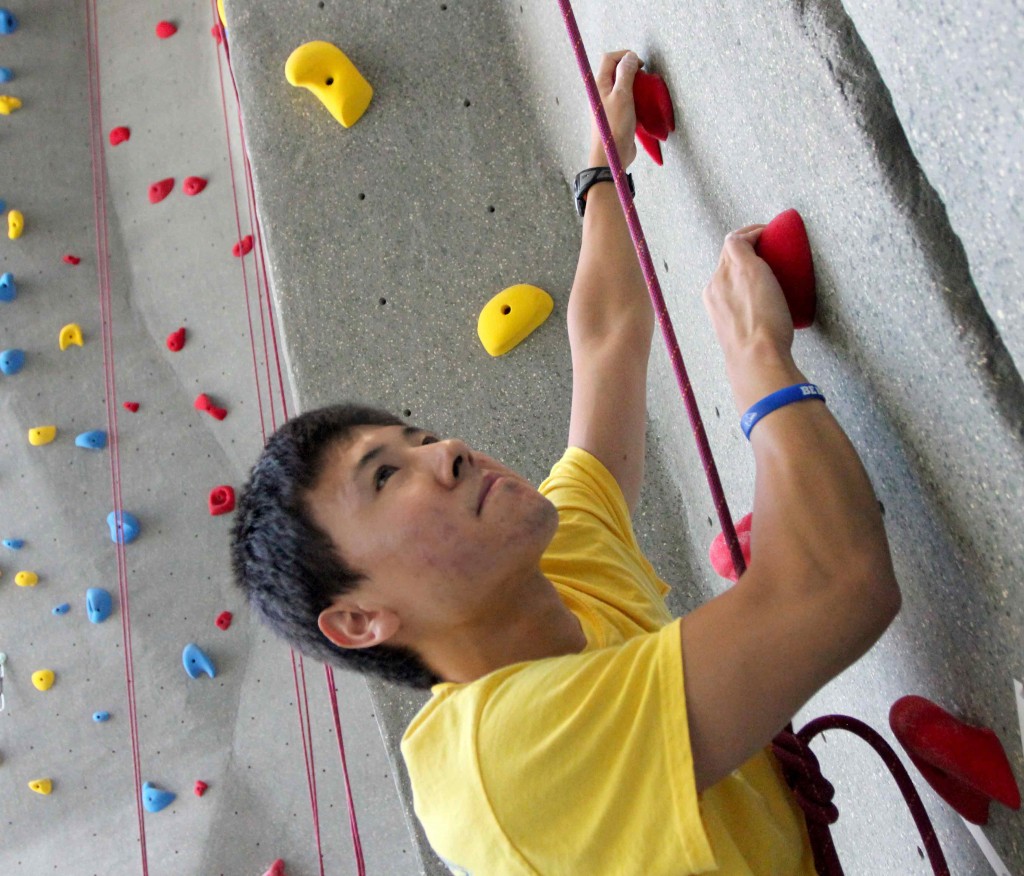 Suzuki has been incredibly active with intramurals and campus recreation, too. He started off refereeing for the office, which stemmed from his passion for sports. He’s spent the last three years as an intramurals supervisor, where he oversaw 55 events throughout each year.

The other aspect with campus recreation that Suzuki is involved with is the climbing wall, which was built as part of the Wellness Center addition to Cushing Coliseum in 2014. Suzuki dabbled in climbing in Japan but quickly became an instructor when the wall was erected at UNK.

“Since the climbing wall is here and I’m working, I might as well help,” Suzuki said. “I’ve loved every moment of it. I get to meet new people and help them reach new heights, literally.”

Through his campus involvement and Chancellor’s Ambassador role, Suzuki has been at the forefront of campus activity.

“The last two years were pretty busy for this university, and I was pretty fortunate to be at those events,” he said. “I don’t think my story would be possible if it wasn’t for UNK.”

Suzuki is currently an intern at the University of Nebraska Foundation, a role that has involved him with the Kearney Area Chamber of Commerce. He’s believed to be the only international member of the chamber of commerce. Suzuki was also a part of student government as a sophomore during the Moses Moxey administration.

Being so involved on and off campus has helped Ryo keep his mind off of home.

Suzuki, who hasn’t returned home since leaving four years ago, said he tries to talk with his family at least once a month. Their latest conversation was about him graduating.

“We talk whenever it’s necessary, but it’s not a lot,” he said. “It’s manageable. I keep myself busy and try not to think about it.” 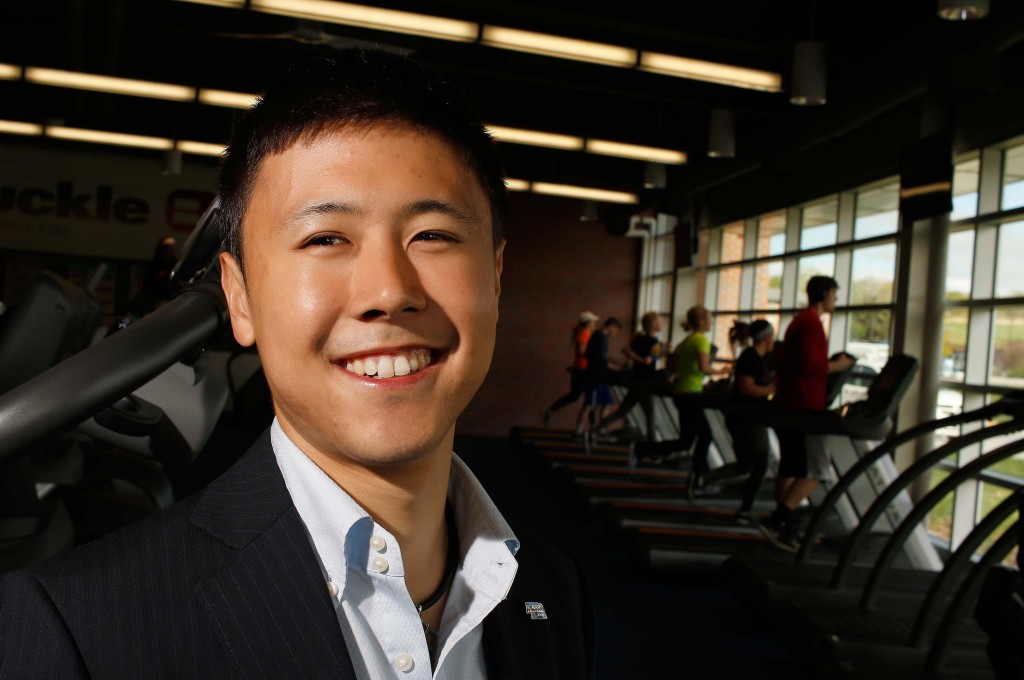 He’s become close with his host family, Jack and Therese Horner of Kearney. “People say they’re a host family, but they feel like family to me,” Suzuki added. “If I need some help, I go to them.”

“It has been very educational for my wife and myself,” said Jack Horner, a funeral director at Horner, Lieske, McBride and Kuhl. “We have thoroughly enjoyed helping Ryo assimilate into the American culture and at the same time learning so much about his culture.

“I think we were able to make his stay in Kearney better. We’re especially glad to have him present for holiday gatherings, knowing he was so far away from his family in Japan.”

Over the last few years, Suzuki has grown fond of Nebraska. He enjoys the slow-paced nature Kearney offers.

“In Japan, you know a bunch of people, but you don’t really know them. Here, you get to know more people on a deeper level,” he said. “I enjoy the view here. I like the nature.

“I love to go to Jack’s backyard. It’s just relaxing. You drink a beer and watch the sunset. It’s nice Nebraska life.”

After graduating, Suzuki plans to pursue a master’s in business administration at UNK. He wants to work in a higher education setting going forward, possibly doing global engagement.

And as long as Ryo’s got a job, he’d like to stay in Nebraska.

“I always say I am so excited to be here today,” Suzuki said. “I’m proud of what I did the last four years, but I’m eager to see my future here.”