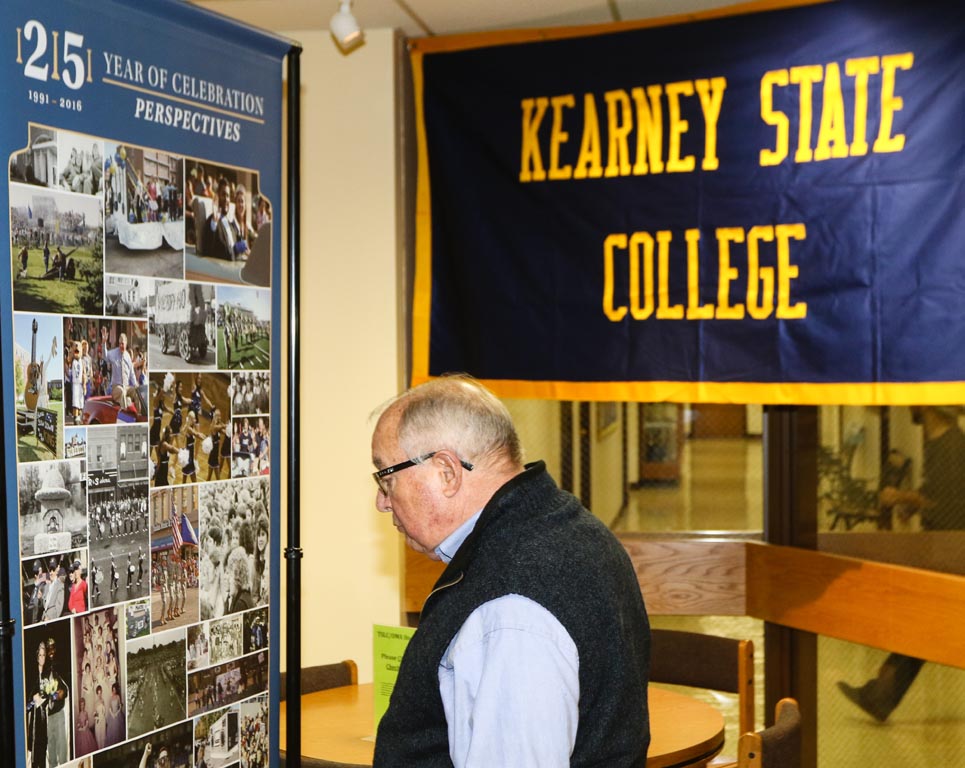 Chancellor Doug Kristensen delivered a lecture, “A Century Later: From 111 Ballots to Today,” on Tuesday in the Fine Arts Recital Hall.

The event kicked off UNK’s “Year of Celebration,” noting the 111th anniversary of the institution’s first fall term (September 1905), and the 25th anniversary of becoming part of the University of Nebraska in 1991.

Chancellor Kristensen, with his interest in history and politics, shared stories of the 111 ballots it took the State Board of Education to choose Kearney as the location for a new state normal school, and of the politics of 1989 that led to the Unicameral legislating the former Kearney State College to join the University of Nebraska system.

Immediately following Chancellor’s lecture, he and Dean Janet Wilke hosted a reception and exhibition of materials from Archives and Special Collections at Calvin T. Ryan Library that included photos and memorabilia from the past century.