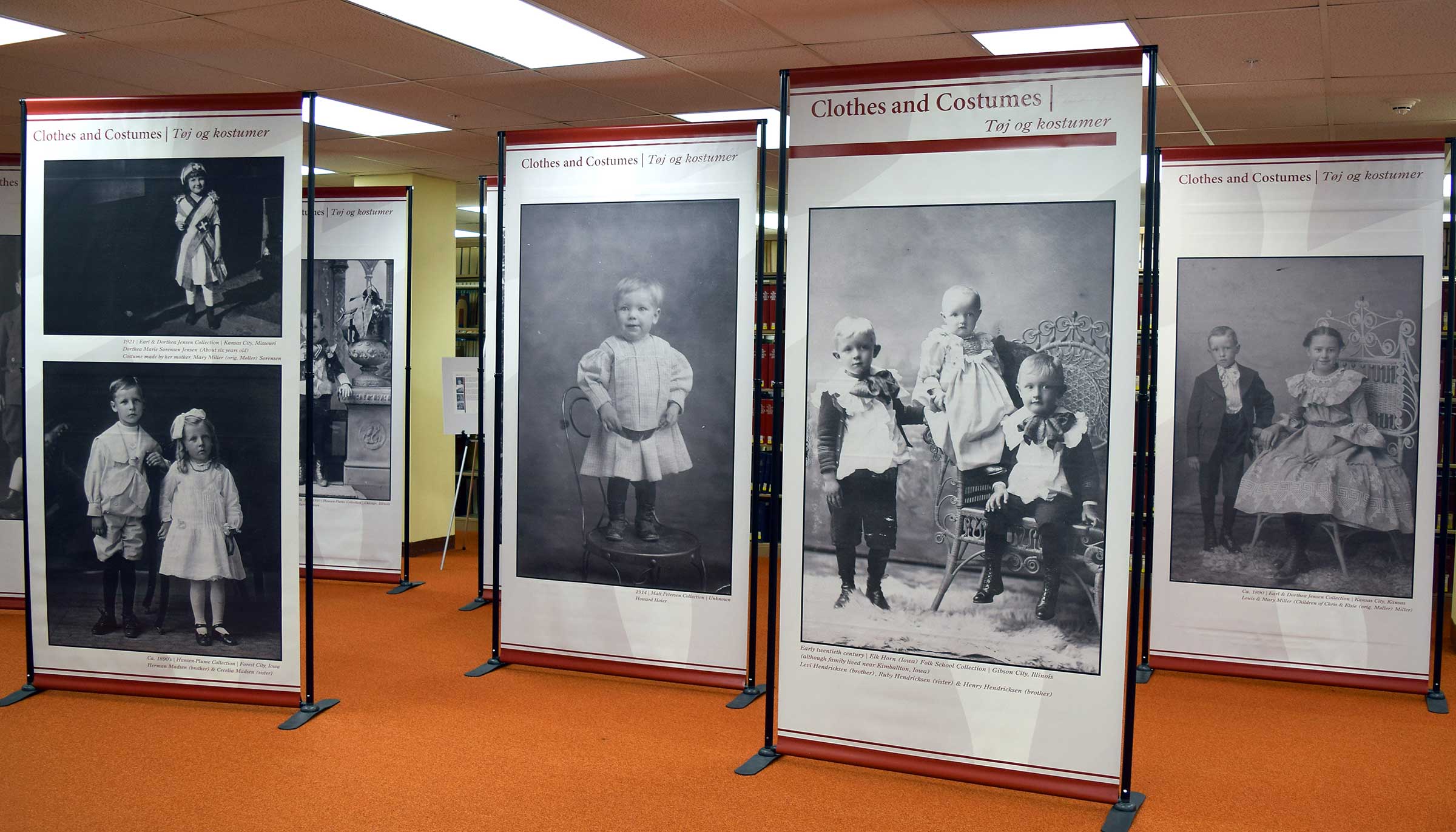 A photo exhibit, “Danish Children Growing Up American,” hosted by the Calvin T. Ryan Library is on display at the UNK library through Feb. 29.

Created as a collaboration between The Danish American Archive and Library (DAAL) and University of Nebraska at Omaha, the exhibit features roughly 50 photos showing various stages of a Danish immigrant child’s life at the turn of the 20th century, from infancy to their early teens.

All of the photos came from DAAL’s collections and were selected out of tens of thousands of photos housed at the Archive.

Several phases of life are depicted.

Among other things, the exhibit shows immigration – both to and from Denmark – children at play, clothes and costumes they wore, life on the farm, religious life and education.

Several touching photos show the impact death had on the lives of these children, whether it was the death of a sibling or the death of a parent, which resulted in their being sent to an orphanage. The affection parents had for their children, and the children for each other, is evident from the many compelling formal photographs they paid to have taken.

In conjunction with the exhibit, historical materials have been loaned from Dannebrog’s Columbia Hall and Tom’s Danish Baker to illustrate Danish influence in central Nebraska.

Dannebrog was settled in the 1870s by Lars Hannibal, president of the Danish Land and Homestead Company. In 1872, the first post office was established, and in 1886 the first railroad track was laid through town. The Nebraska Legislature proclaimed Dannebrog the Danish Capital of Nebraska in 1989. 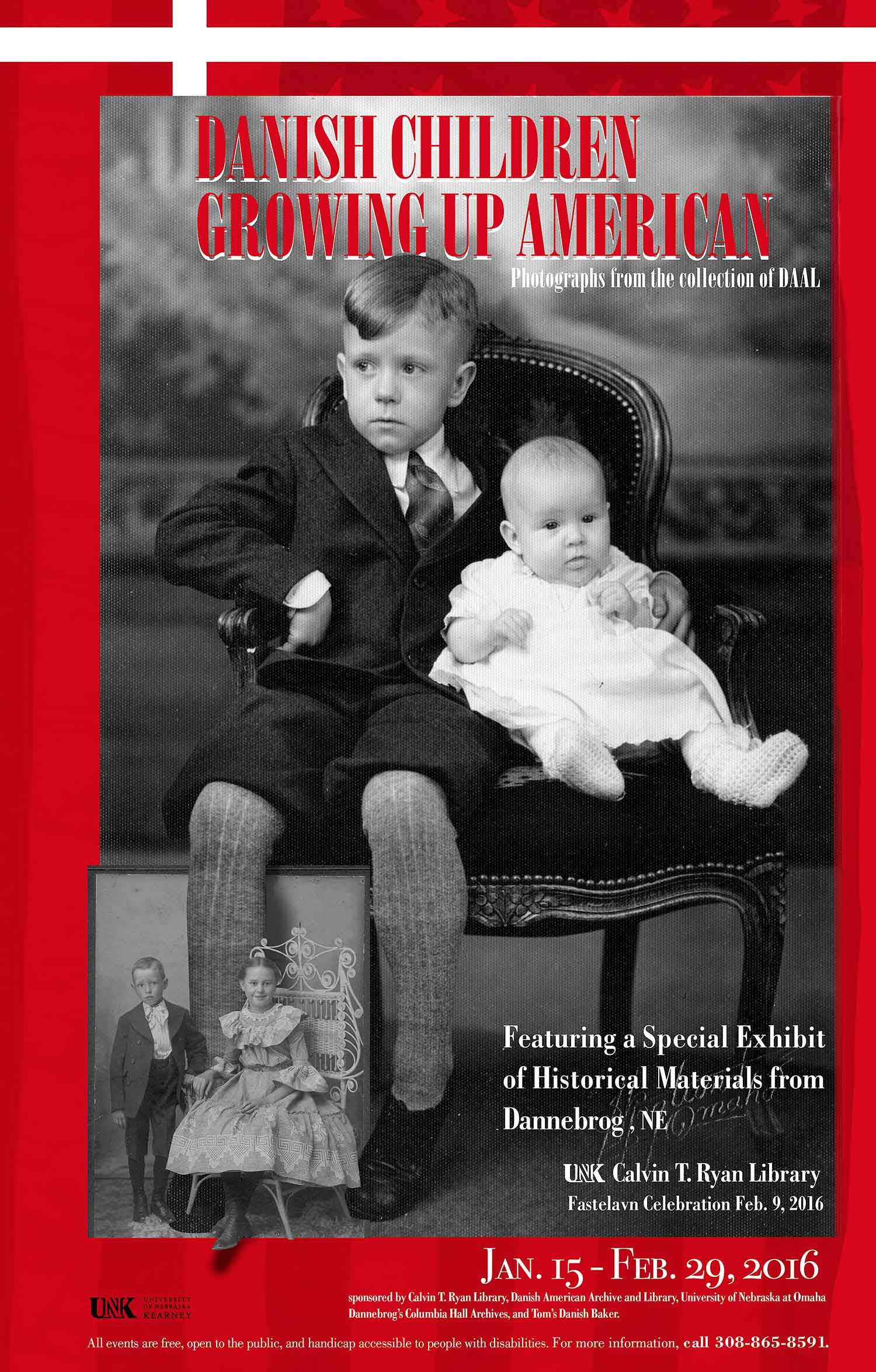