KEARNEY – Jensen Rowse jokes that she “came out of the womb passing a volleyball.”

That’s how long she’s been playing the sport.

“I was just like a gym rat growing up, and that’s where I learned to love it,” the University of Nebraska at Kearney junior said. “It was my life even as a little kid.”

Rowse was raised in a volleyball family. Her mother Lonna played at Northwest Missouri State as a freshman before transferring to UNK and her father Ed, also a UNK graduate, coached in Greeley for five years and Minden for 24.

As a youngster in elementary school, Rowse would go to the gym where Ed taught physical education classes and practice with a beachball. When she reached middle school, Rowse served as the student manager for her father’s Minden High School team and played on Optimist and club teams coached by both parents.

“I was constantly in the gym every day after school and gone on the weekends for games,” she said. “It was kind of engrained in me. I have a very competitive spirit. That’s just how I was raised.”

In high school, Rowse took her dedication to another level. She was a three-sport athlete for the Whippets, participating in basketball, track and volleyball while also playing for Lincoln-based Volleyball Club Nebraska. The club season started in January and ended in July, so there were plenty of school nights when she would travel to Lincoln for practice and not get home until almost midnight.

“I’ve never gotten burned out,” she said. “I really do love it that much.”

A do-it-all player for Minden, Rowse was coached by her father as a freshman and sophomore before Ed became the school’s athletic director in 2018. She set a school record with 563 kills as a junior and broke the Class C-1 record with 42 kills in a single match.

As a senior, Rowse showed off her versatility by serving as the team’s part-time setter. She recorded 597 assists, 334 digs, 275 kills, 71 aces and 25 blocks, earning all-state honorable mention recognition from both the Lincoln Journal Star and Omaha World-Herald.

When the time came to pick a college, the Lopers were at the top of her list.

“UNK was my front-runner for a long time in the recruiting process. It was really the only place I wanted to go,” Rowse said.

In addition to her parents, Rowse’s older sister Ali is also a graduate of the school, located just 20 miles from their hometown. Ali played volleyball at UNK in 2015 and 2016 and earned a degree in middle grades education.

For UNK head volleyball coach Rick Squiers, the decision to recruit Rowse was an easy one.

“Jensen, in a lot of ways, is the proverbial coach’s kid, a gym rat who grew up around the game, started playing from a very young age, watched her older sister play and was part of a great culture in high school at Minden,” said Squiers, who saw a “bigger, stronger, faster” version of Ali.

The only question was: What position would she play?

At 5-foot-8, Rowse was likely too small to be a hitter at the Division II level and she didn’t have a lot of experience as a setter or back-row player. Squiers called her “a little bit of a tweener.”

“We weren’t quite sure what her recruiting fit was when she was a senior,” he said. “At Minden, she was being asked to do a little bit of everything.”

Squiers invited Rowse to a team workout after her senior season and was immediately impressed.

“She commanded her side of the court like somebody who had been here for a couple years,” he said. “That’s the part that caught me. That was the moment when we thought, wow, she can really do this.” 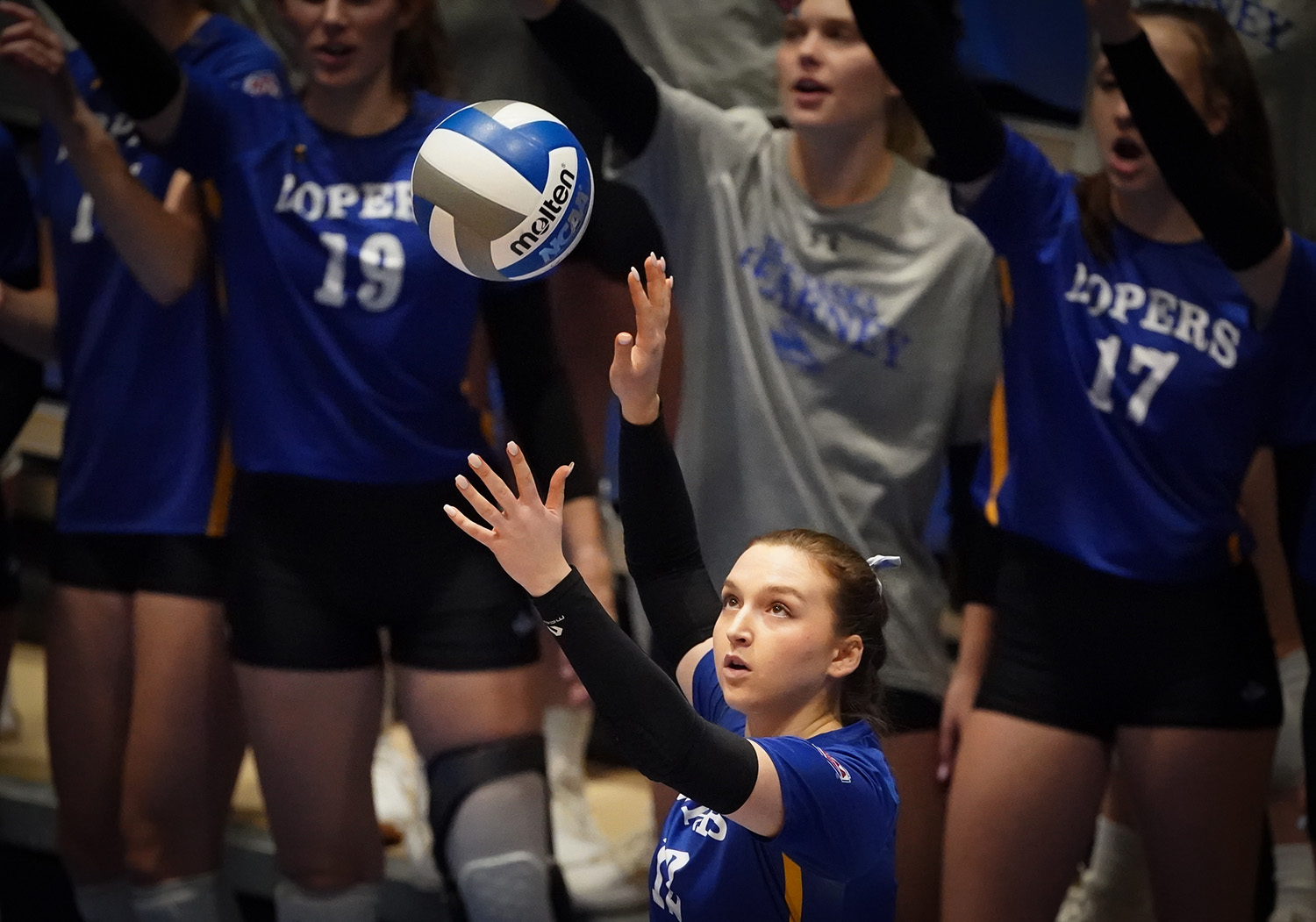 Rowse played sparingly as a freshman during an unofficial season shifted to spring 2021 because of COVID-19 and got off to a slow start last fall.

“There were periods of time when it just looked like she was in over her head,” said Squiers, who kept her out of the varsity rotation for a few early matches last season.

Undeterred, Rowse “clawed her way back into the mix,” appearing in 29 matches as the Lopers went 26-7 and reached the second round of the NCAA Division II national tournament. Rowse posted a .964 serve-receive percentage on 303 attempts and finished third on the team in assists (33) and fifth in digs (206) and aces (17).

“She’s that kind of a person – very driven and self-motivated and not afraid of a challenge,” Squiers said.

Rowse has certainly proved that this season by stepping up to fill a huge need for the Lopers, who lost their top two back-row players from 2021 when Breanna Jones and Lindsay Nottlemann graduated. A two-time all-conference selection, Nottlemann was the team’s libero for three seasons.

Although she’d never been a libero before, Rowse was ready to put in the time and effort necessary to take over this leadership position.

“I knew it was going to be a challenge, but it’s also very rewarding because it takes a lot of hard work,” Rowse said. “It’s been really fun learning under such great players ahead of me and now finally stepping into a bigger role is really exciting. Getting to step out on the court in that jersey knowing I earned it is just the best feeling ever.”

Rowse has appeared in 59 of 60 sets this season, and she currently ranks sixth in the Mid-America Intercollegiate Athletics Association (MIAA) with 271 digs. Her serve-receive percentage is .955 in 398 attempts.

The Lopers are 16-1 and ranked sixth in the Division II AVCA Coaches Poll entering Friday’s home match against No. 10 Northwest Missouri State.

Squiers knows his new libero is a big part of their winning formula.

“Jensen is a survivor. That’s more than anything what she is. She has been a survivor,” he said. “She’s gotten to the point now where I’ve found myself on more than one occasion going, ‘I don’t know how we could play without her out there.’”

“She’s deserved her success and I couldn’t be happier for her really.” 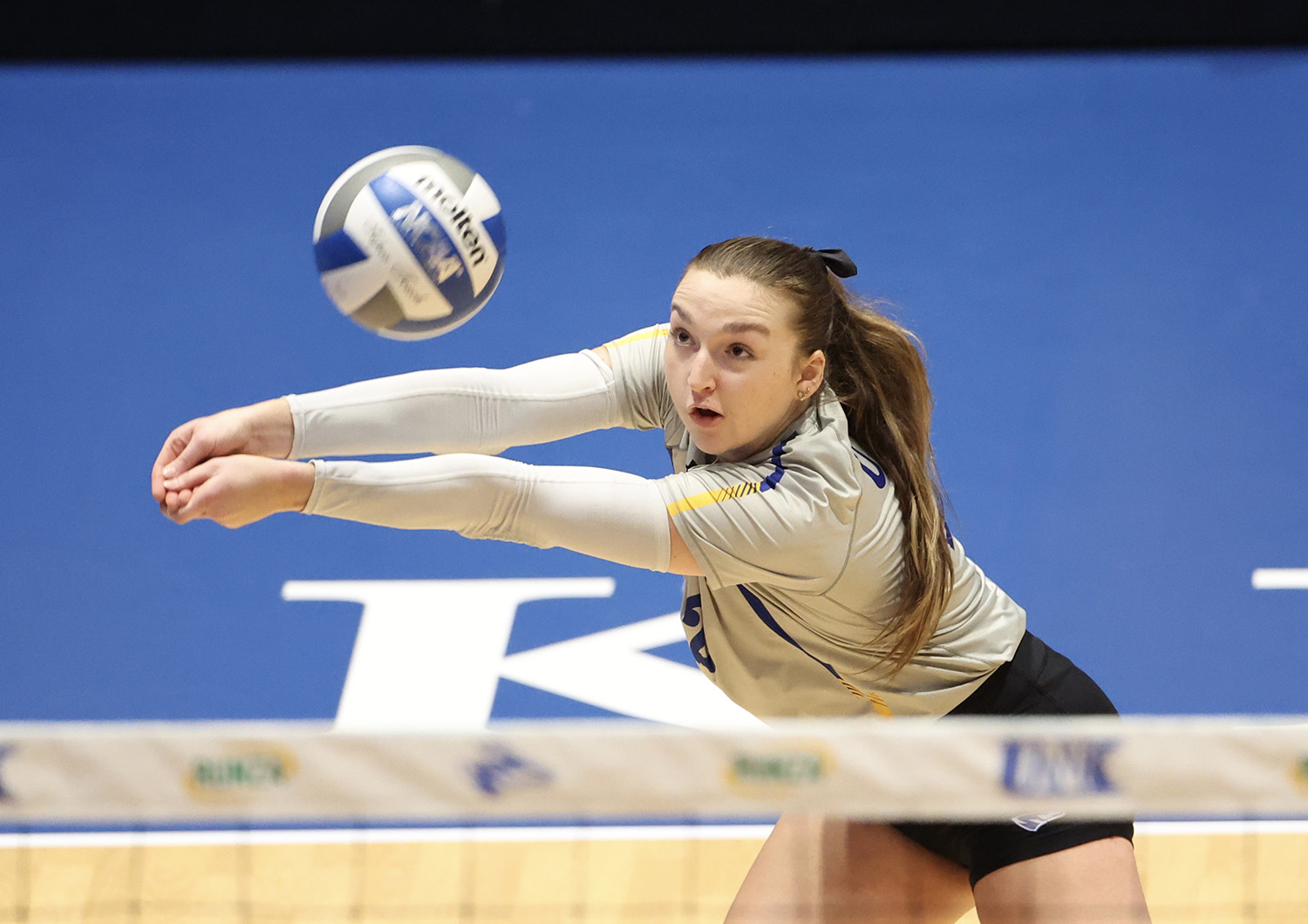 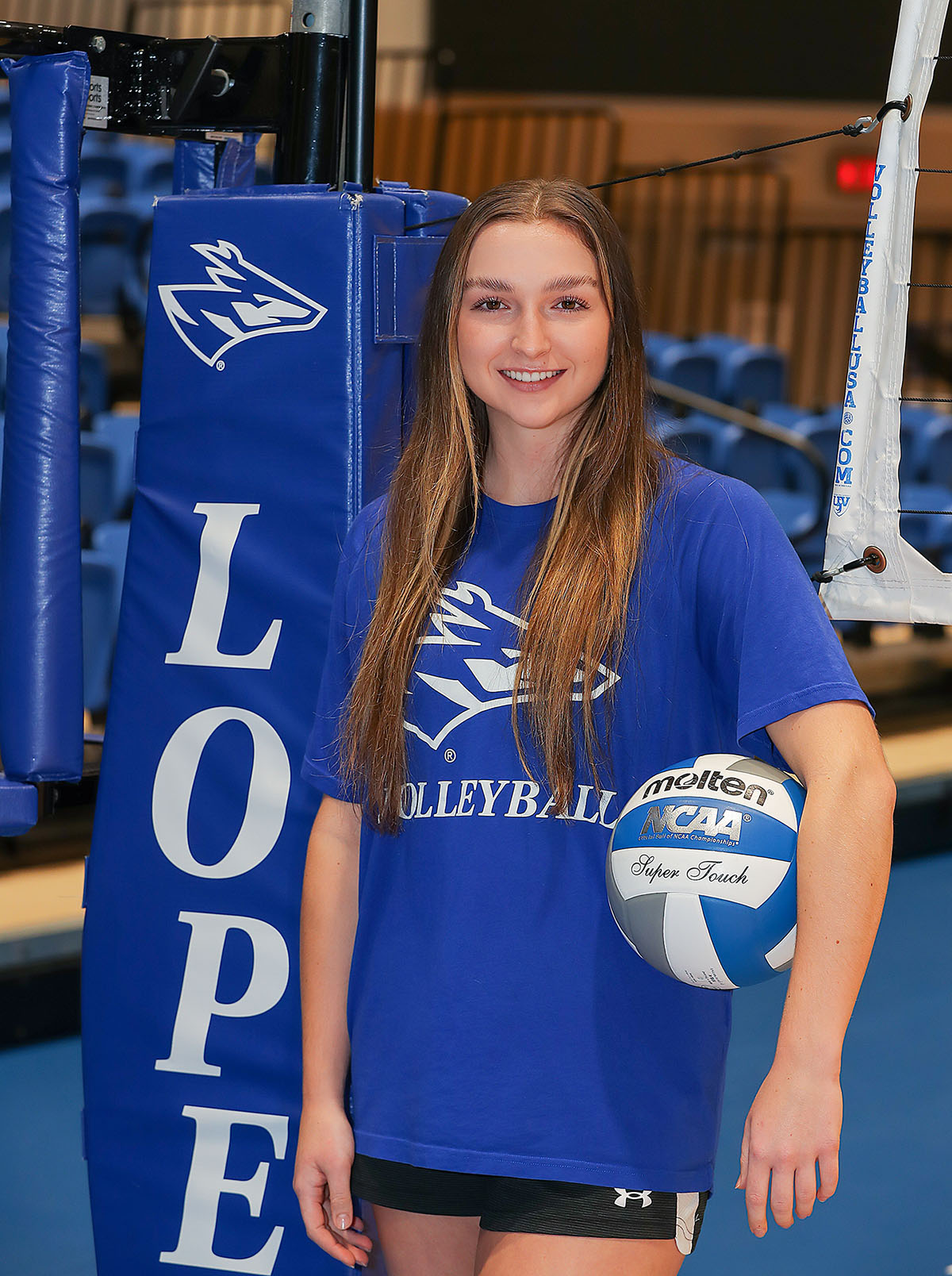