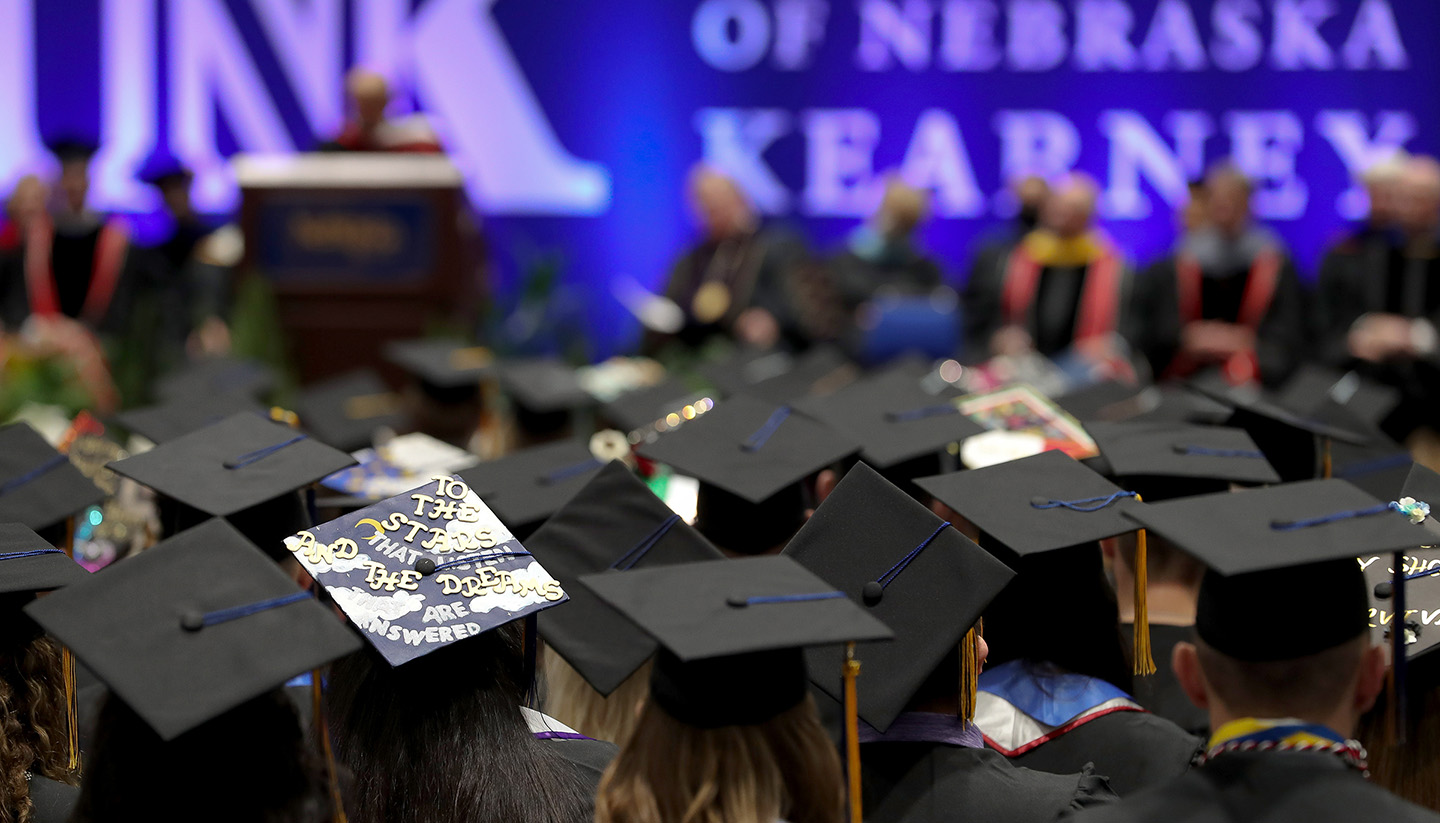 KEARNEY – The University of Nebraska at Kearney will host its spring commencement 10 a.m. Friday at the Health and Sports Center on campus.

He’s served as senior vice chancellor for academic affairs at UNK since March 2009, playing an integral role in the university’s growth and success during that period. His service to the city and state includes positions with the CHI Health Good Samaritan Foundation Board and Community Board, Bio Nebraska, EPSCoR, Nebraska INBRE program, Sigma Xi and Central Platte Natural Resources District.

Bicak and his wife Marylin have two adult children and two grandchildren. He plans to retire in June.

A recipient of the UNK Alumni Association’s Outstanding Senior award, Grimm has been involved in the Honors Program, Chancellor’s Ambassadors, Undergraduate Research Fellows and Mortar Board, Order of Omega and Psi Chi honor societies. He tutored students through the UNK Learning Commons, served as a Loper Leader and Department of Psychology human subjects coordinator and held leadership positions with the Pi Kappa Alpha fraternity, Interfraternity Council and Greeks Advocating for Healthy Lifestyles.

Off campus, the 2021-22 Greek Man of the Year volunteered with TOPSoccer, Buddy Bowling, Habitat for Humanity and the Residential Assistance to Families in Transition program. He’s also an assistant track and field coach for Kearney High School.

Thomas “Tom” Tye II, a third-generation Kearney attorney and University of Nebraska Foundation trustee, will receive the Ron and Carol Cope Cornerstone of Excellence Award during Friday’s ceremony. Tye has been involved in numerous local and state organizations and projects. The Tye family are longtime supporters of UNK and the University of Nebraska System.

Those who are unable to attend in person may watch the ceremony via livestream on UNK’s website. A recording can also be viewed later on the website.