KEARNEY – The University of Nebraska at Kearney is recognizing eight high schoolers for their outstanding writing abilities.

Sponsored by the UNK Writing Center, American Democracy Project and Phi Eta Sigma and Sigma Tau Delta honor societies, the second annual Nebraska Emerging Writers Contest gave students from across the state an opportunity to showcase their talent while competing for cash prizes. 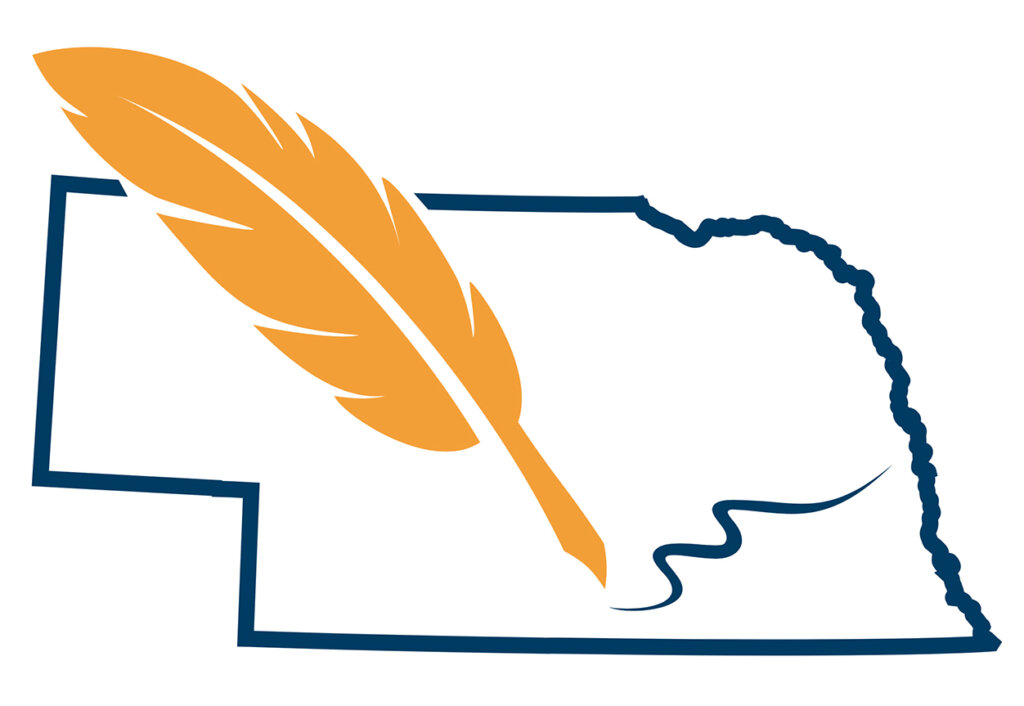 Participants submitted an essay, poem or short story about democracy and what it means today. The theme was based on “The Meaning of Democracy” essay written by American author E.B. White during World War II. Organizers aimed to promote literacy by encouraging young people to make sense of these transformative times through the act of writing.

Winners were selected through a blind review process by committees composed of UNK undergraduate students and led by juniors Marcela Sousek (poetry), Cassidy Johnson (short story) and Caroline Stanley (essay). The winning students are invited to read their submissions April 22 at the annual language and literature conference hosted by the UNK Department of English. 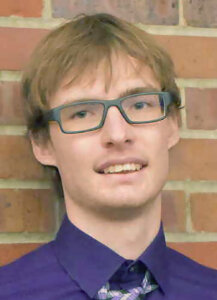 Don’t you remember when America was considered the best,
When people dreamed about coming to the land of the blessed.
Back before we felt the need to make people oppressed,
And unity spread from the east to the west.

America used to be freedom on Earth in full manifest,
Back before everyone only looked at their own self-interest.
People would live their lives, use their voice, and follow their dreams all unsuppressed,
Saying your opinion wasn’t throwing yourself into the hornet’s nest.

So now we are sent on an eternal quest,
To fight against the injustices that we must protest.
Unless it as your dream to continue to be finessed,
Because faults and wrongs cannot continue to just be unaddressed.

In the age where thousands of lies go unconfessed,
Isn’t it time for some truth, something to finally allow us to digest.
We cannot be satisfied with people barely even listening to our most humble of requests,
Instead only focusing on their own priorities, following the invisible guest. 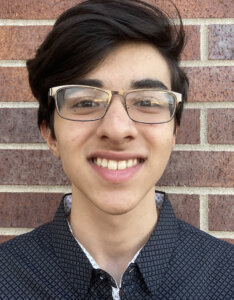 The boy’s 18th birthday has passed. Though he was an adult, he was still a boy at heart. A boy entrusted with all new options, freedoms and responsibilities. More specifically, the right to vote, the ability for him to make societal change. The upcoming election is the most important one in a century. He reveled in the fact that he had an impact. The boy had no idea whom to vote for. He was told to vote for the “lesser of two evils.” Why was he to vote between two sinners, two devils? Why should our commander-in-chief have questionable morals, unknown motivations? His right to vote for a leader was, in reality, the right to vote for a villain. The media was urging him to vote and the people were picking his side for him. It didn’t matter what they said though, he was going to exercise his new liberties.

The electoral college gives him a second college to worry about. Months pass and the election cycle continues, and not a single thought of politics crosses his mind, until a random day in October. “Who are you voting for?” his parents asked. “I don’t know,” he said. “You MUST vote for John Smith. If he gets elected it will help the entire family,” his father commanded. “Okay.”

The boy went to school. His history teacher hosted a debate for class, and each student was randomly assigned to argue for a candidate. He was assigned to the candidate his parents did not want him to vote for. As he did research on the candidate’s policies, he realized how beneficial they could be to the country, to the world, and to the environment. The boy’s family live in high class suburbs; they don’t need any help from John Smith’s policies. You could say that he was leaning to vote for the other candidate, John Doe.

He came home and told his parents about the debate and research he did. He tells them everything he does at school. The boy’s parents were enraged, absolutely furious. To learn that their son, born into privilege and riches, wouldn’t follow their ideals? The boy, for once in his life, defended himself. He lashed out at his parents, claiming individuality and independence. His parents gave him an ultimatum. The boy would be left with no financial support into college if he voted for John Doe. His future could be compromised due to pettiness. The boy spent the following month going back and forth on who to vote for. He was aware of the history of John Smith’s political party within his state; they were likely to win. He came back to school and won the debate with ease. His counterarguments to the other side’s points were logical and he was able to debunk their arguments quickly. It’s like this candidate’s arguments and policies were far better than the other’s. This helped influence his choice. One final conversation influenced his decision. He contacted his cousin, who was outcast for expressing her opinions. His cousin urged him to vote for John Doe. “Look at his qualifications, his policies, his philanthropy, his entire background is presidential!” She is very educated and is very intelligent; she had a masters at a top university in the country. Why wouldn’t the boy listen to her?

Election Day was next week; he had that much time to make a decision. He did a final amount of research on the VP candidate and the electoral college outlook. Election Day provided his town with the worst weather they have seen in months. He showed up to the voting booth alone early morning. He decided to stick to his instincts. The boy casted his vote. He knew he would be by himself from now on. He knew he did not need his parents’ support if they treated him like this; he could finally grow up. He voted for the losing candidate. His state was split 60/40 and John Smith took all the votes. 40% of the state did not matter. All of the stress just for him to lose as well. The boy’s name or background did not matter, and his choice did not make a difference, for he was just another number. The boy had a realization of the position he was in. He was in a democracy by system, but one where he wasn’t represented. 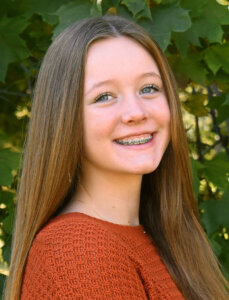 E.B. White’s poem, “The Meaning of Democracy,” does not only break down the actual meaning of democracy, but paints a picture in the mind of anyone reading it. He is able to draw upon the feelings of people living in America in the midst of World War II, a global war that affected not just the citizens of the United States, but the citizens of the world. The democracy in the U.S. has altered from time to time but still draws upon the basic ideas that the enlightenment philosophers Locke, Montesquieu, and Rousseau proposed around the 1700s.

“Ask not what your country can do for you, ask what you can do for your country.” – John F. Kennedy. This quote has been copied and pasted from newspaper to magazine but the message has been lost over time. The citizens of the United States are working solo, trying to gain material goods for themselves, rather than not for the common good. The relation between the government and the people in 2022 can be viewed as an us vs. them kind of relationship, not the kind of correlation that Kennedy had in mind while preaching those famous words. During World War II when E.B. White wrote “The Meaning of Democracy,” Americans were all focused on working together towards the common good, not focused on the thousands of distractions that people in 2022 are faced with on a daily basis. Here is my attempt at rewriting E.B. White’s poem as an American citizen living in 2022.

As a student at Marian High School, we received the opportunity to compose and answer the question, “What is democracy in 2022?” It is a welcomed challenge to think outside the box and answer this almost sixty years later. Surely my teachers could accommodate such a request. It’s the line separating the political parties of today. It’s the “I want” and “never enough.” It is the sweat falling down the forehead of the adolescent children overseas making the newly released Jordans and the next generation iPhone; it’s the brand new Tesla needing to charge before I need to use the restroom on a road trip. It is the unquestionable thought that you yourself is right one hundred percent of the time and incapable of the belief that you could be wrong. It’s the negative thoughts, flooding brains making people believe their votes won’t change anything, it’s the isolation of hiding behind a screen, it’s the feeling of emptiness that Americans believe the newest electronic gadget will fulfill.

Democracy is angrily writing a Yelp review after receiving one bad cup of coffee. Democracy is the belief that you have to have your Google calendar filled to the brim to justify your existence. It’s the beliefs of the citizens that the democratic experiment is a failure, that they might as well throw out the government and start a new one. It’s throwing away a perfectly good iPad to go buy the latest model, and tossing aside last year’s fashion clothing to purchase this year’s trends. Democracy is a request from the school’s administration asking for an explanation of what democracy is through the eyes of a fourteen-year-old in 2022.