Members of UNK Student Government got a sneak peek of the new indoor tennis complex while checking out progress at the University Village development earlier this week.

A partnership between UNK and the city of Kearney, the Ernest Grundy Tennis Center is located along North Railroad Street near University Village’s southern edge. The 62,000-square-foot facility features six indoor courts, offices for Kearney Park and Recreation and UNK tennis, locker space, restrooms and an elevated mezzanine area with spectator seating.

It’s expected to be completed in late April or early May, creating additional opportunities for players of all ages. The center will serve the UNK women’s team, as well as the Kearney Tennis Association and Kearney Park and Recreation. It will be operated by the city, with UNK providing operational and maintenance support.

The $8.8 million project is primarily funded through private contributions and a $1.125 million grant awarded to the city by the state’s Civic and Community Center Financing Fund. 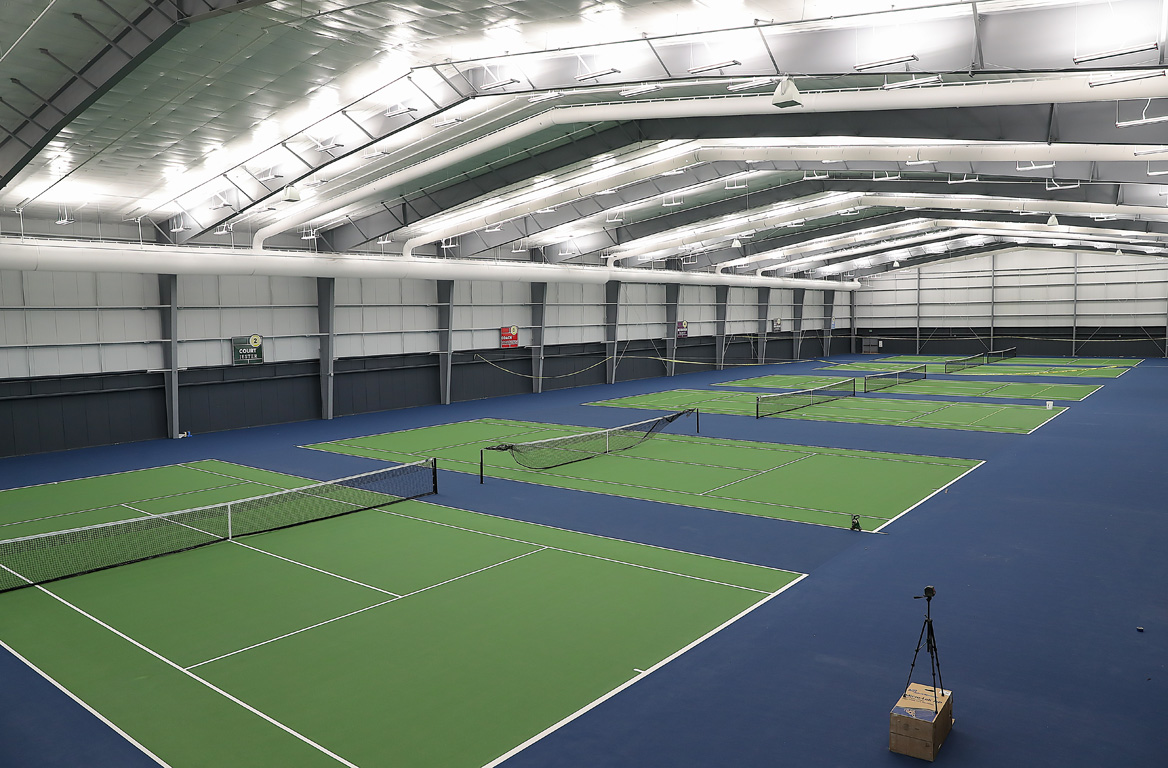 Students also toured the Element 30 housing development, a partnership between UNK and Grand Island real estate developer Scott Rief that will add upscale apartments, townhomes and 10-plexes to the area.

A 27-unit apartment building is already occupied and a 37-unit building with a clubhouse is expected to open April 1. A four-unit townhome and two 10-plexes are also under construction.

The housing complex will feature outdoor pool and plaza areas, as well as two restaurants and a taproom.

Funded by Rief’s company, Millennium Development, which will own and manage the housing, the $48 million project includes 230 total units to be constructed in four phases over five years. The housing will serve the entire community.

Millennium Development’s partnership with UNK is the largest private investment on a construction project in the university’s history. 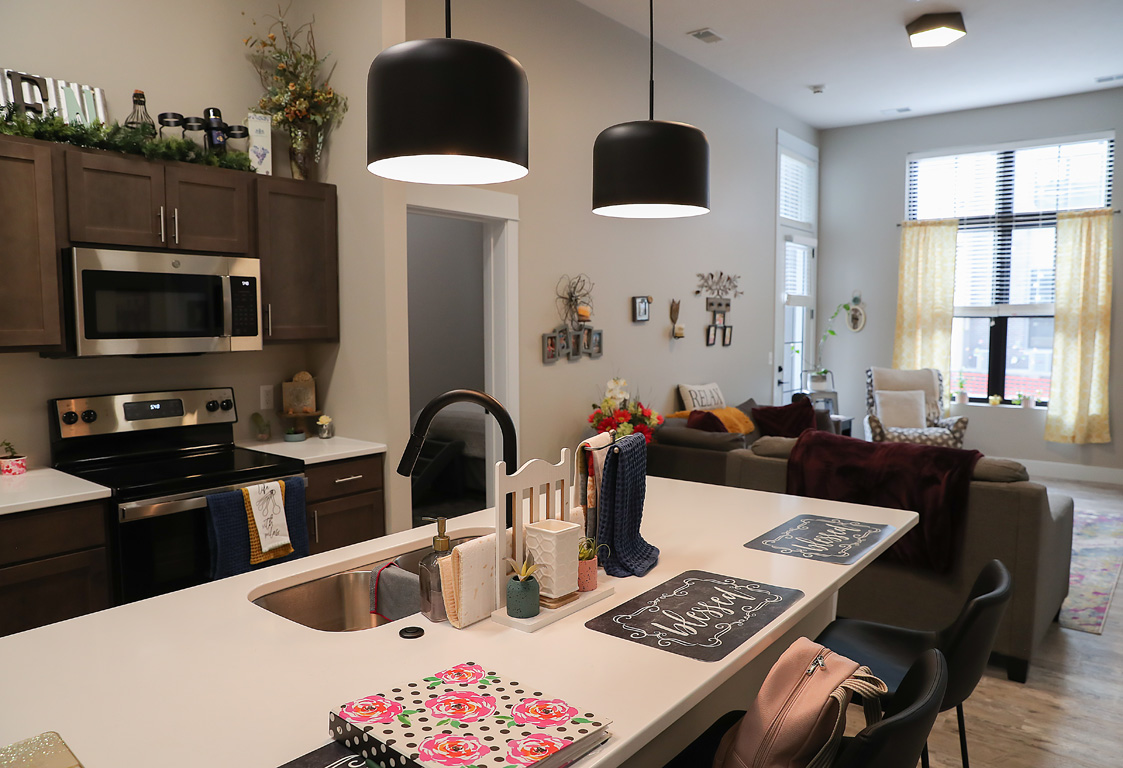