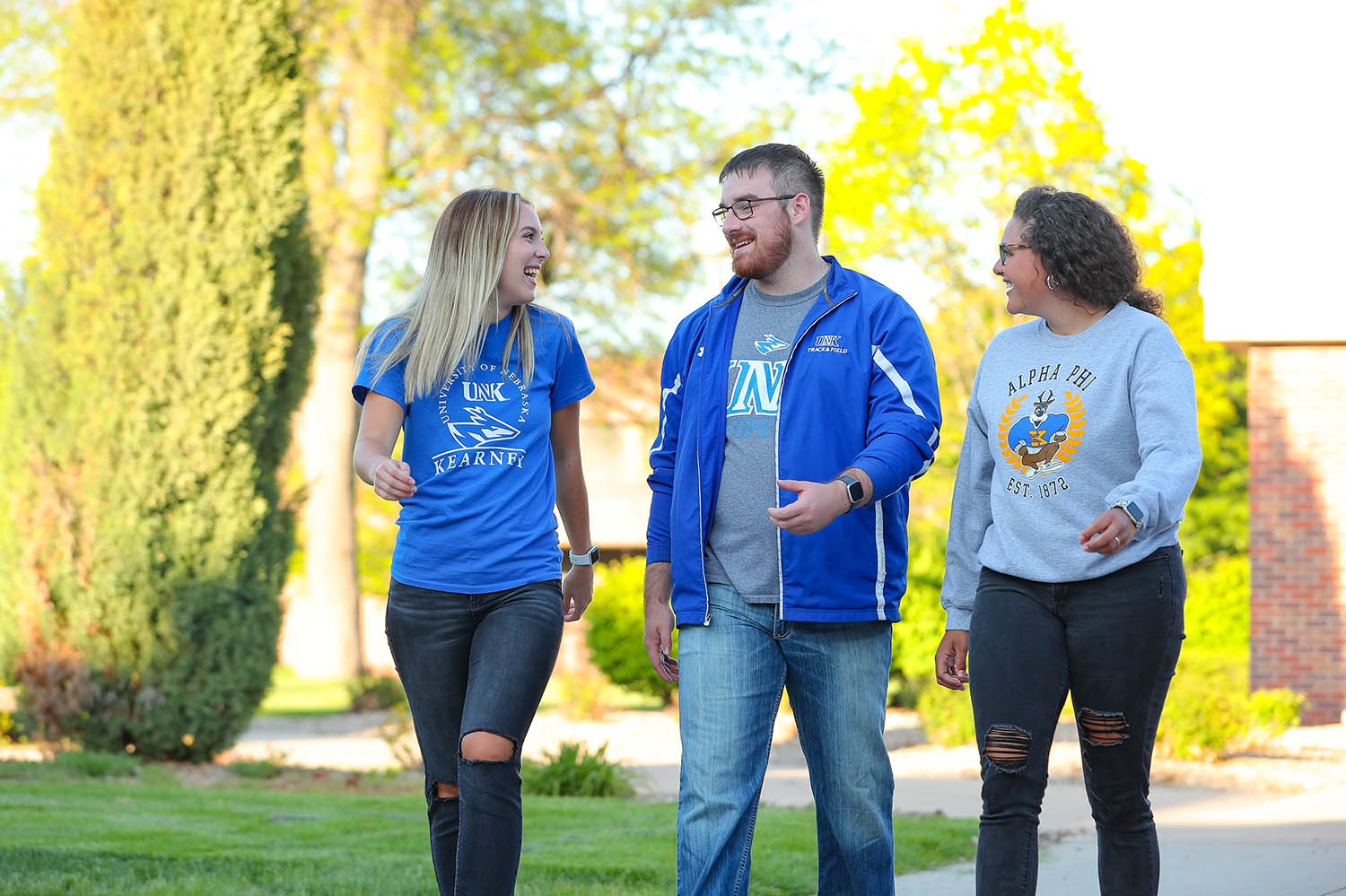 KEARNEY – Fall 2020 enrollment at the University of Nebraska at Kearney is recorded just slightly under fall 2019, at 6,225 total students. That’s a decrease of less than 1%.

The largest impact on enrollment comes from the decrease in international students, attributed to the worldwide impact of the coronavirus and ongoing issues with students obtaining visas. UNK’s international student number dropped from 352 in fall 2019 to 253 in 2020 – a decrease of 28%. Students are from 47 countries – down from 59.

UNK recorded an increase of 68 in its U.S. student population. An increase was also recorded in Nebraska students – 5,244 vs. 5,209. Students are from 48 states. The 2013 academic year is the most recent when UNK had students from all 50 U.S. states.

The largest gains in students were from Kansas (29% increase) and Minnesota (35% increase). Since implementing the Colorado-Kansas Advantage discount in 2018, enrollment from those two states has increased 35.3% – from 170 to 230. Beginning in fall 2021, UNK will offer that same in-state tuition discount to students from every state in the U.S., and will pilot a new tuition program for international students offering a 31% discount.

“All challenges considered, the enrollment picture is a positive one,” Bartling said. “We hear from and observe that students and their families identify UNK with the quality experience they are looking for, close to home, and at a tremendous value. We believe the renewed emphasis on affordability to attract new Nebraskans will increase that out-of-state enrollment, and particularly when the international student market opens again, enrollment will be strong.”

As planned, distance-only students increased significantly – 9.2% – and students enrolling in any online course increased 9%. These include a large increase (43%) of undergraduate students enrolling in distance-only programs. UNK has become a leader in distance education through its eCampus, with those programs being mostly master’s. Recent additions of eCampus bachelor’s programs and the Online Networking Experience (O.N.E. Loper) that offered new freshmen a first semester entirely online contributed to those increases during the COVID-19 outbreak.

Enrollment up 1% across NU system

University of Nebraska President Ted Carter announced enrollment across the NU system is up 1% this year, powered by growth among Nebraskans and underrepresented students following a series of steps by the university to prioritize access, affordability and predictability amid the uncertainties of COVID-19.

Fall 2020 enrollment at NU’s four campuses plus the Nebraska College of Technical Agriculture is 51,703, an increase of almost 500 students over last year. System-wide enrollments of first-time freshmen, undergraduate, graduate and professional students all grew, and resident enrollment increased nearly 2%, with all campuses seeing growth among Nebraska undergraduates.

Additionally, campuses are celebrating growth among minority, first-generation and other historically underrepresented students, key achievements in view of the university’s goals for diversity and inclusion.

This year’s increase reverses two straight years of modest declines, and gives the NU system its sixth-highest enrollment in history – an accomplishment made even more remarkable, Carter said, by the challenges of a global pandemic that was widely predicted to impact enrollment, particularly among international students, at institutions across the country.

“At an unprecedented time, the University of Nebraska has delivered for the people of the state,” Carter said. “We knew early on that this would be a recruitment and admissions cycle unlike any other. Our goal was to provide as much hope and predictability as possible, so that students and families can continue to realize the incredible value of a University of Nebraska education.

“Our commitment has paid off. I could not be more grateful to the faculty, staff, chancellors and their leadership teams across the campuses for all they have done to put students first during this uniquely challenging period. When our university grows, so grows our state.”