KEARNEY – University of Nebraska at Kearney students will share the stage with a Christian music legend while celebrating the holiday season.

Members of the Choraleers were invited to sing backup vocals for gospel icon Sandi Patty during her “Christmas in Kearney” concert 7 p.m. Friday at the Merryman Performing Arts Center, 225 W. 22nd St., in Kearney. The UNK choir will perform “Wonderful Child” and “O Holy Night” with Patty, a five-time Grammy Award winner and 2004 inductee into the Gospel Music Hall of Fame. 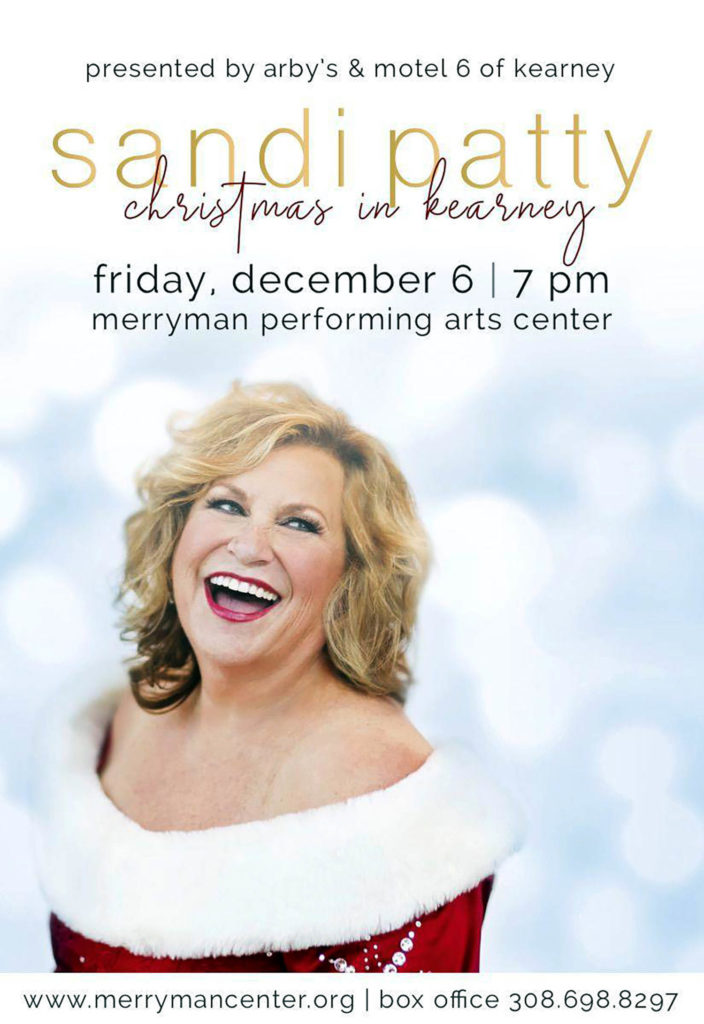 UNK director of choral activities John Petzet called the concert an “incredible opportunity” for students to learn from “one of America’s finest voices.”

“Our students, especially our vocal performance majors, need opportunities like this so they can hear what a spectacular singing voice sounds like, particularly one in a pop style,” Petzet said. “Additionally, Sandi wants to meet the choir, and our music business majors will have a terrific opportunity to ask her about making a living as a performer.”

Dubbed “The Voice” by music critics, Patty is the most awarded female vocalist in contemporary Christian music history, with 40 Dove Awards and four Billboard Music Awards, in addition to her Grammys. She’s released more than 30 albums, including three platinum records and five gold records, and written seven books.

Patty achieved national acclaim with her rendition of “The Star-Spangled Banner” during the 1986 rededication of the Statue of Liberty. This led to several mainstream television appearances, as well as national anthem performances at “A Capitol Fourth” with the National Symphony, the Indianapolis 500, the dedication of Evergreen Chapel at Camp David and ABC’s “Fourth of July Special.”

While her more than 30-year career is heavily rooted in the gospel music industry, Patty has expanded outside the genre by performing with symphonies across the country, including The New York Pops, Boston Pops, Cincinnati Pops, Dallas Symphony, Baltimore Symphony, Houston Symphony and Oklahoma City Philharmonic. She also headlined the title role in sold-out performances of the musical “Hello, Dolly!” with the Indianapolis Symphony Orchestra, co-starring Tony Award winner Gary Beach, in January 2012.

An auditioned concert choir open to UNK students from any major, the Choraleers have toured in South America and Europe and performed at Carnegie Hall in New York City and the Mormon Tabernacle in Salt Lake City. They’ve sung with the Omaha Symphony, Lincoln Symphony and Kearney Symphony Orchestra, and been selected to perform numerous times at the annual Nebraska Music Education Association state convention.

TICKET INFO
Tickets for the “Christmas in Kearney” concert are $37-$47 and available at www.pickmytickets.com. For more information, contact the Merryman Performing Arts Center box office at 308-698-8297.