KEARNEY – The Nebraska Safety Center has a new ride.

Part of the University of Nebraska at Kearney, the Safety Center recently added an electric vehicle to its driver education fleet. 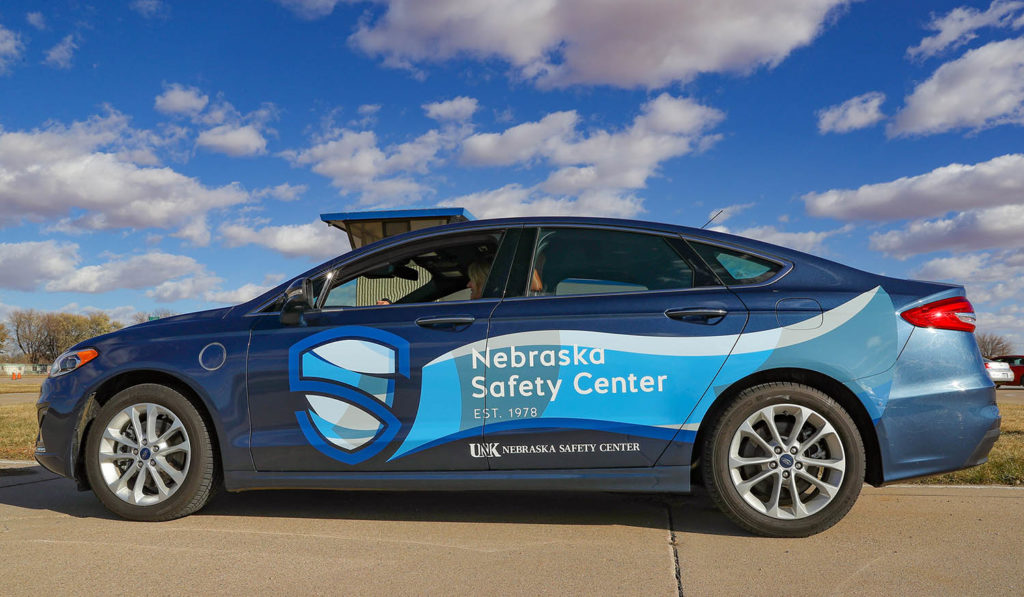 The 2019 Ford Fusion Energi is powered by both gasoline and electricity, increasing its fuel efficiency. It gets around 40 mpg using only gasoline and 100 mpg equivalent using the electric motor.

The Safety Center will use the plug-in hybrid as an educational tool for its driver education program, which trains around 800 teenage drivers from across the state each year.

“We believe electric vehicles are the way of the future and we want driver education students to be exposed to this technology and its environmental benefits,” said Darla Morris, the Safety Center’s business manager.

The Safety Center has an on-site driving range located at 1801 N. Railroad St. in Kearney. The range, which features marked streets, a set of traffic signals and various signs, allows students to practice driving in a low-speed environment while receiving feedback from an instructor.

An electric vehicle charging station was also added at that location, south of UNK’s main campus. The charging station is available for public use when the Safety Center is open, generally 8 a.m. to 5 p.m. weekdays. Users must register an account through ChargePoint.

In addition to driver education, the new vehicle will be used for other university purposes, including travel between the Safety Center’s locations in Kearney and Lincoln.

Funding from the Nebraska Environmental Trust covered half of the approximately $47,000 project.

The Safety Center is a member of the Nebraska Community Energy Alliance, which was founded in 2014 to implement and promote advanced technologies in housing and transportation that save energy, reduce carbon dioxide pollution and cut costs.