KEARNEY – It was the middle of dead week, and University of Nebraska at Kearney student-athletes were focused on their upcoming final exams and the homestretch of their respective seasons.

But that didn’t prevent them from coming together for a different kind of training.

Members of all 14 UNK sports – roughly 350 of them – gathered last week to participate in 90-minute sessions focusing on alcohol abuse, mental health and sexual assault.

“This is a very stressful time for everybody to take an hour and a half out of their busy schedules,” said Mackenzie Puckett, a member of the UNK track and volleyball teams. “But this is important.”

UNK introduced the active bystander training two years ago, and it’s currently offered to student-athletes, fraternity and sorority members, Thompson Scholars and student leaders from the Office of Student Diversity and Inclusion.

The program, led by staff from the Women’s Center, which is part of UNK Student Health and Counseling, teaches students how to identify and address potentially harmful behaviors and introduces them to resources available on campus and in the community. The goal is to foster a campus culture that supports students’ well-being and creates an “expected standard” that Lopers look out for each other.

“At universities, we feel like bystanders are an untapped population that can be really powerful in preventing certain situations,” said Kiphany Hof, associate director of UNK Counseling and the Women’s Center.

The training equips students with the skills needed to safely intervene, whether that’s offering a ride home for a friend who drank too much, reaching out to someone struggling with depression or reporting a relationship that may be abusive.

During last week’s sessions, UNK student-athletes watched a video about Yeardley Love, a University of Virginia lacrosse player who was murdered by her ex-boyfriend in 2010.

“When people started looking back at it, they realized there were a lot of signs that this relationship was extremely unhealthy,” Hof said. “But nobody did anything about it.”

UNK brought in representatives from the S.A.F.E. Center, a local nonprofit that supports victims of domestic violence and sexual assault, to speak with students and the Student-Athlete Advisory Committee produced its own video to demonstrate the dangers of alcohol abuse and ways to intervene during parties.

“The more you can spread awareness, the better,” said Puckett, a junior from Grand Island who will lead the Student-Athlete Advisory Committee next year. “As college students, we’re probably put in those situations more often.”

Rachael Page, assistant athletic director for compliance and the senior woman administrator in the UNK Athletic Department, led the effort to offer the training for student-athletes after receiving a positive reaction from members of Alpha Phi, the sorority she advises.

“Athletics and Greeks get the bad rap, so if we can prepare them to avoid those types of situations, we should,” Page said.

The program, along with a speaker in the fall, also meets the NCAA requirements for sexual assault training for student-athletes.

“Yes it’s NCAA-required, but it’s also something I feel is very important,” said Page, who would like to see the active bystander training offered to every student on campus.

Hof shares the same vision, however, the university will need more faculty and staff certified as program instructors before that can happen.

“We’ve seen positive results,” Hof said. “I think it’s having the effect that we want and more people are noticing negative situations.” 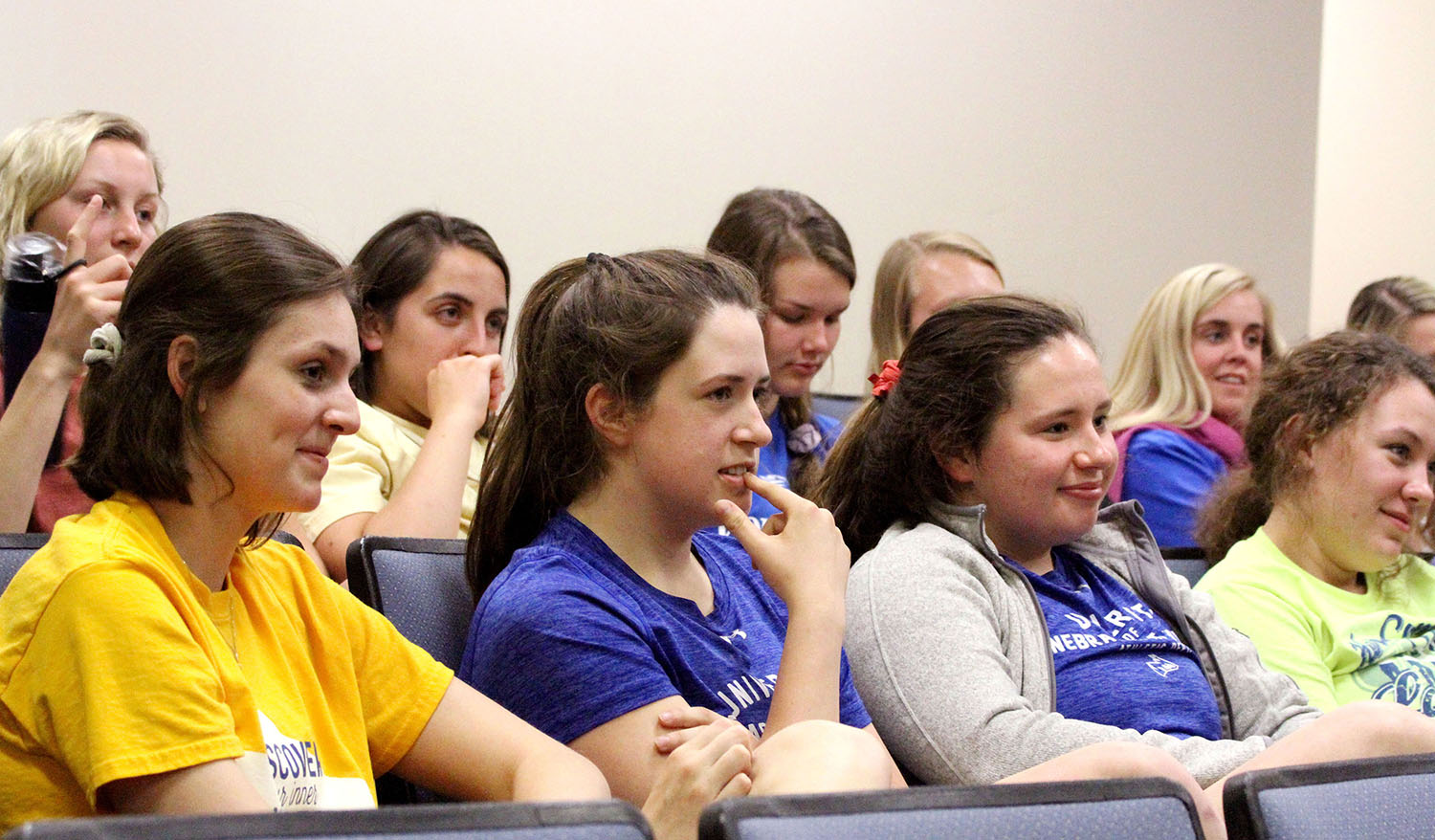 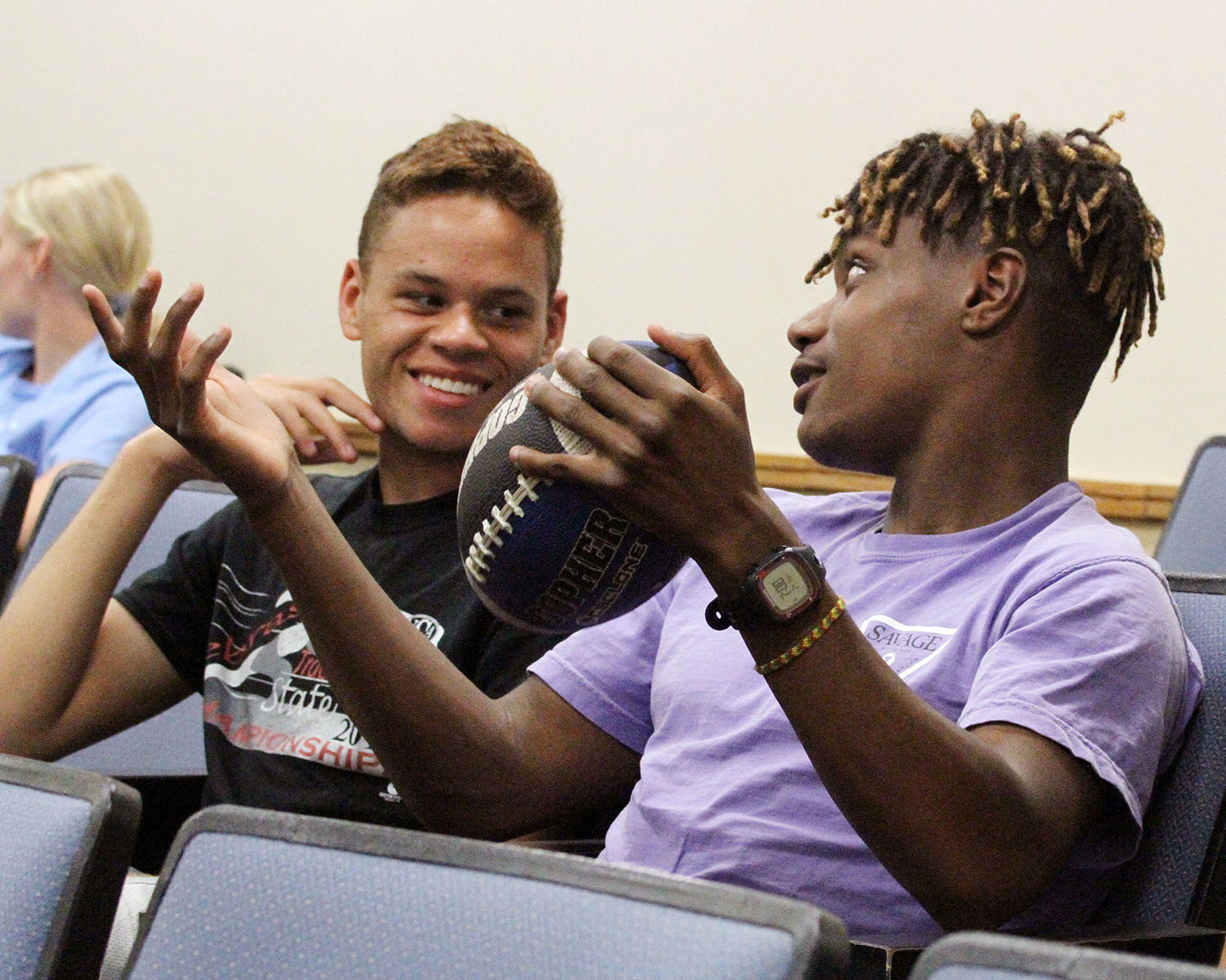