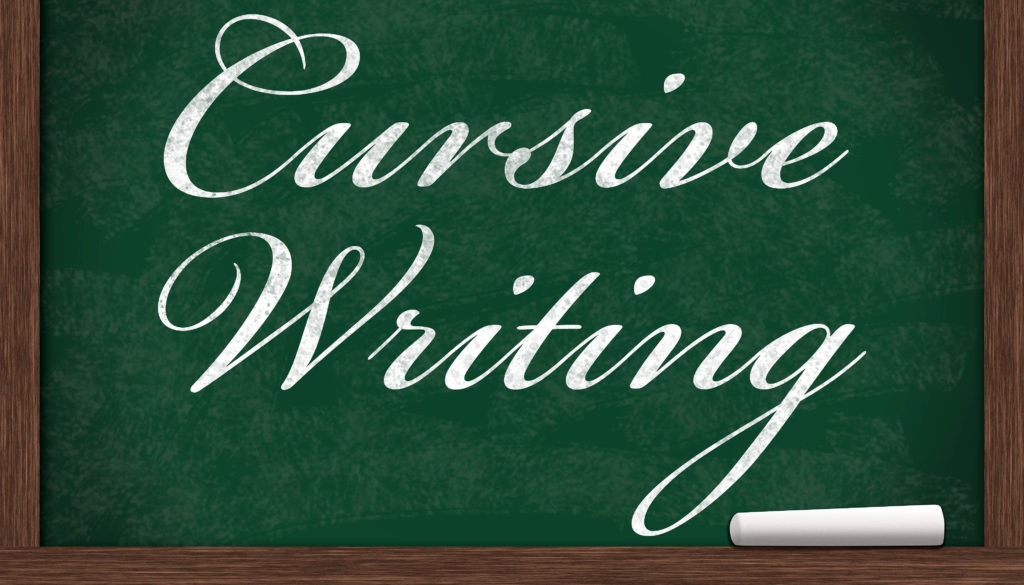 KEARNEY – Cursive is not crazy.

At least that’s the case at the University of Nebraska at Kearney, which is accepting entries for its long-standing Nebraska Handwriting Contest.

In its 29th year, the competition promotes legible handwriting as an effective means of communication.

The contest is open to all Nebraska residents in four age categories: 12 and younger, ages 13-16, ages 17-49 and ages 50 and older. The entry deadline is March 31. It is administered by UNK’s Department of Teacher Education and supported by the Nebraska Department of Education and Nebraska State Education Association.

Contestants will be provided text to copy for their entry, which must be written in any of the various styles of cursive handwriting and not printed. For official rules and text to be copied, visit http://coe.unk.edu/contest/.

The following criteria will be used to judge entries: ease of reading, fluent rhythmic movement and technically correct performance of specifications such as the slope, space, size and shape of the letters.

The Nebraska Handwriting Contest was created in 1991 by Tom Hutson of Red Cloud in memory of his mother, Eva.

All entries should be mailed to: Nebraska Handwriting Contest, Attention: Julie Agard, University of Nebraska at Kearney/Department of Teacher Education, Kearney, NE, 68849. 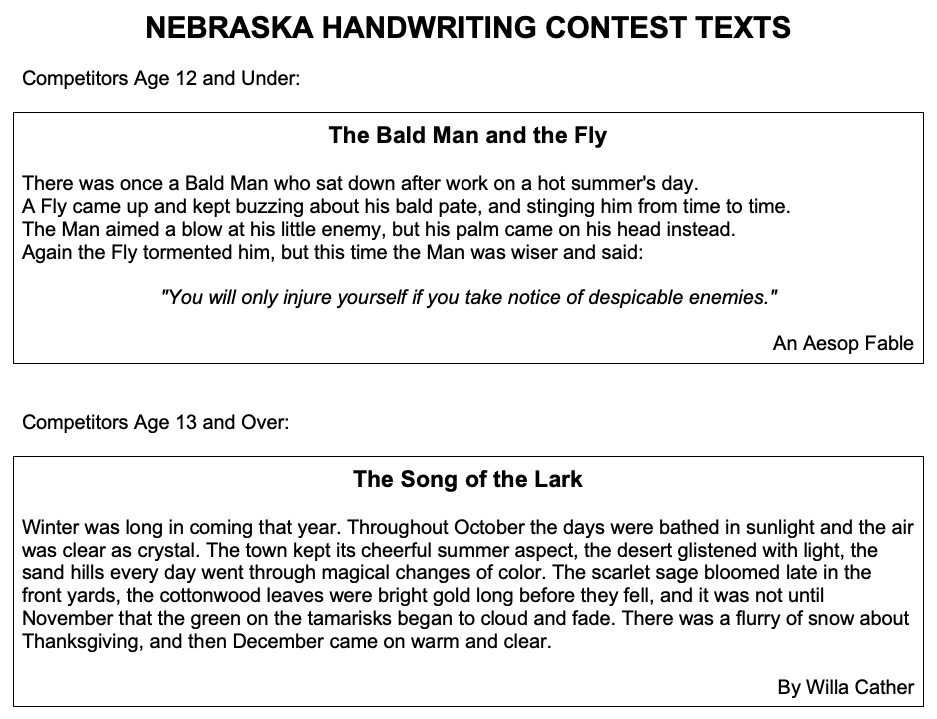