KEARNEY – When Kali Herbolsheimer started classes at the University of Nebraska at Kearney, her parents Jason and Sarah thought they’d see their daughter almost every weekend.

Surely she’d miss the big city and all the activities back in Omaha.

“We were almost afraid that she would go to college and be bored,” Sarah said.

Turns out, the complete opposite occurred. Kali loves spending time in Kearney, where she’s found a second home at UNK, making those trips to her parents’ place far less frequent than they imagined.

“We knew she’d get involved in some things, but we didn’t know she was going to take on the entire campus,” Sarah said with a smile. “She really hit the ground running.”

That was actually part of Kali’s plan.

The Millard South graduate was looking for a college that allows her to “branch out,” meet new people and build close connections with faculty, staff and fellow students.

As parents, Jason and Sarah wanted her to be someplace where she’s safe, supported and successful.

“She’s our only daughter, but she’s also very independent and was very involved in high school. So having an opportunity to get involved on campus was really important,” Jason said.

The family found exactly what they were looking for when touring UNK.

“When we brought her here, she just fit in,” Sarah said. “And she was happy.” 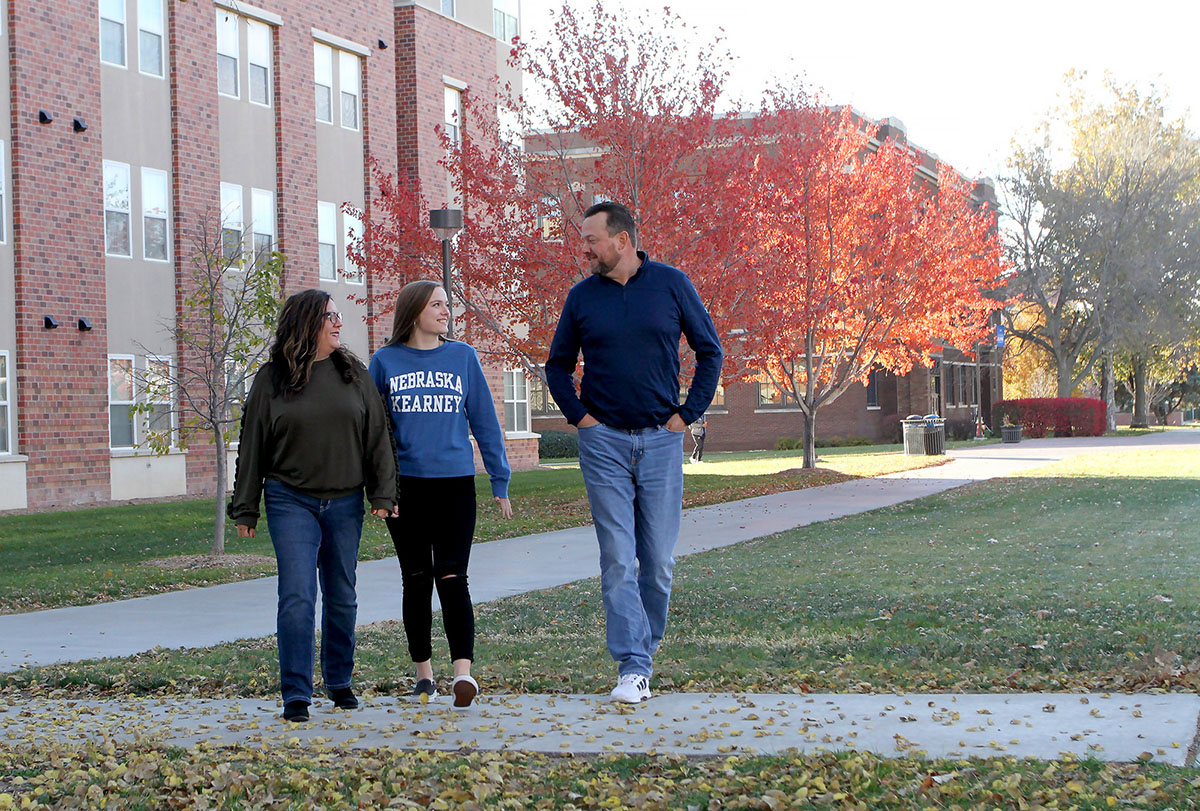 The Herbolsheimers were impressed with the modern facilities on campus, particularly the recently renovated student union, as well as the resources available to students. They also like the close-knit community and smaller class sizes.

“I feel like I can walk into any class and know at least one other person sitting in the room. Plus, I’m at a point in my program now where I’m taking classes with the same people over and over. That allows me to create strong relationships and develop a level of comfortability,” said Kali, a junior studying K-12 special education. “When I need something, I know there are people I can count on.”

She says the same great things about faculty.

“I absolutely love the teacher education program,” Kali added. “The professors here genuinely care about their students and are more than willing to sit down and have a conversation or listen to a concern. They’re not just lecturing; they’re giving us tools we can use in our classrooms as future teachers.”

Kali applies these skills at a local elementary school, where she tutors students each Friday. She’s also an executive vice president and Kearney branch executive director for Special Musicians, a nonprofit music program for youths with intellectual disabilities, and she helped start UNK Unified, a partnership with Special Olympics that brings UNK students and individuals with disabilities together through intramural sports.

On top of that, she’s involved with student government and Fraternity and Sorority Life as a student worker and president of Alpha Omicron Pi.

“I am genuinely happy with my decision to come to UNK because of the people I’ve met and the relationships I’ve created,” Kali said. “There’s no other school that’s going to be able to foster community like UNK can and does.” 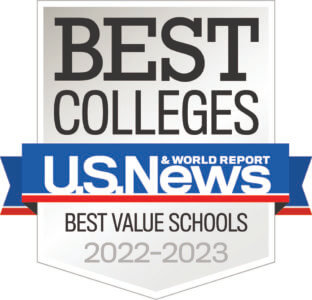 In addition to campus involvement, students like Kali benefit from lower tuition costs at UNK. U.S. News & World Report ranks UNK as the second-best value school among regional universities in the Midwest. As families become increasingly concerned with the elevated costs of higher education, UNK remains the most affordable university in Nebraska.

Thanks to scholarships and other financial support, Kali will graduate from UNK with “very little to no debt.”

UNK has also placed a greater emphasis on parent involvement as reports show they are playing a bigger role in the college search process. Through the establishment of the Parent and Family Association, as well as the newly created Loper Family Connection, parents are more informed than ever about the resources, news and events offered on campus.

Considering the mix of hands-on learning, campus involvement, affordability and safety, UNK checks many boxes for college students and their families. Parents want to see their kids have every opportunity for a successful and happy career.

For Jason and Sarah Herbolsheimer, they’re seeing that become a reality for their daughter.

Learn more about parent involvement at UNK by visiting unk.edu/parents. 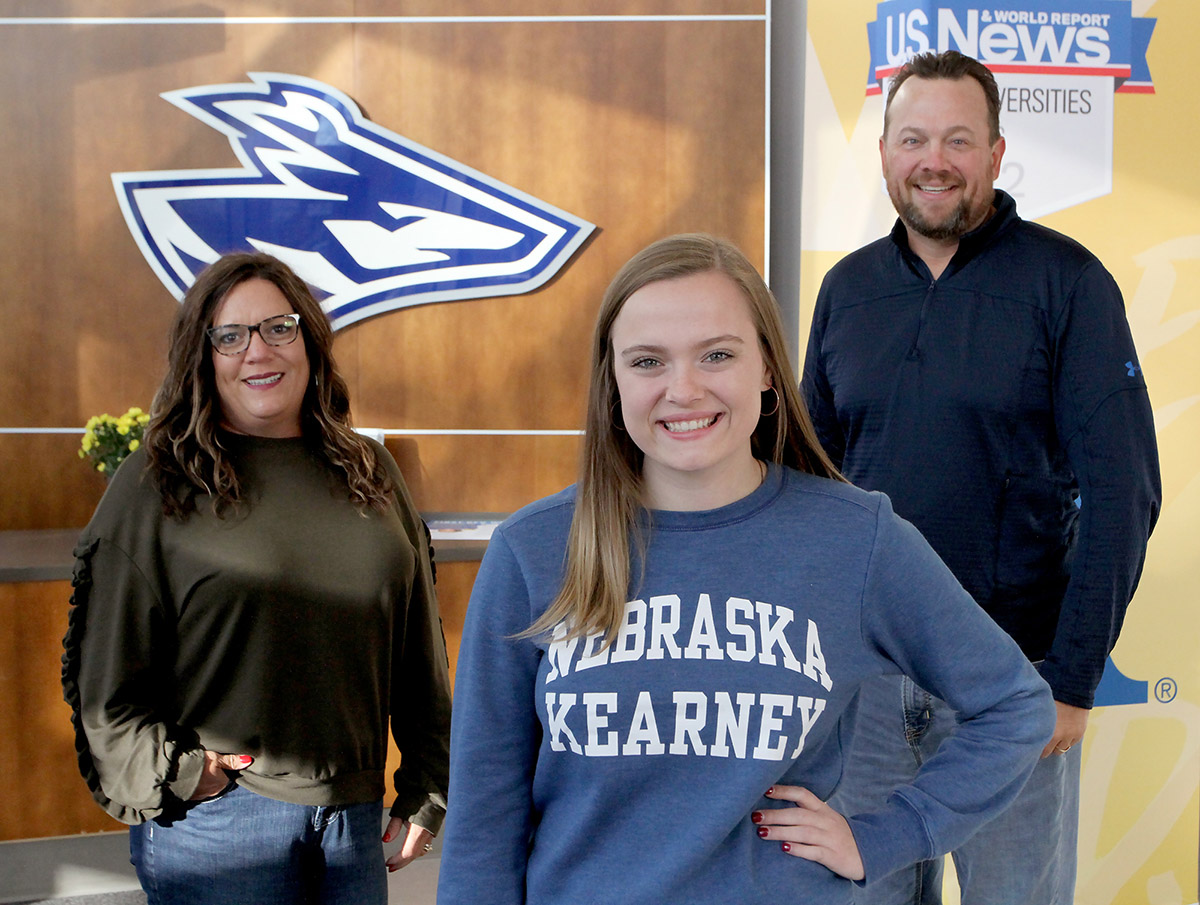