KEARNEY – When Charlie Bicak retires later this month, he and wife Marylin won’t be leaving Kearney to spend their golden years in some faraway location.

You’ll still see him around the University of Nebraska at Kearney campus – at theater productions, music concerts, athletic contests and other events.

“This is home,” he says. And it always will be.

The senior vice chancellor for academic and student affairs at UNK since 2009, Bicak is leaving the position June 30, ending a 40-year career in education.

His late father Laddie was a faculty member here from 1962-89, teaching in the department of biology and serving as the graduate dean for nine years. His mother Iris, now 97, was a music teacher and vocalist, making a career in education a bit of a no-brainer.

“I suspect that I always thought I would be a teacher, but mine was a little bit of a meandering path,” Bicak said with a smile. 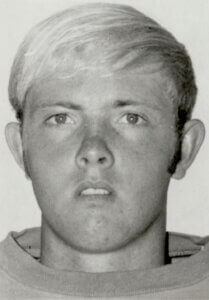 After working two summers on the grounds crew on campus, Bicak enrolled at UNK, known then as Kearney State College, in 1970. He saw the same opportunities students continue to receive today.

“Fifty years ago, I was involved in undergraduate research,” said Bicak, who studied water pollution in the Little and Big Blue rivers with faculty members and fellow students.

He also played football for the Lopers for two years before graduating in 1974 with a bachelor’s degree in biology education.

Bicak taught junior high physical science and biology at Westside Community Schools in Omaha for a year, but he really wanted to pursue research. So he left his teaching position, got married, and started a master’s program in plant science at the University of British Columbia in Vancouver, Canada. That decision led to a doctorate in range science from Colorado State University and, after a brief stint researching herbicides for Eli Lilly and Company, his first job in academia.

Although he spent nine years at California State University, Bakersfield, advancing to professor and biology department chair, the relationships he developed at UNK never faded.

“There’s a strong sense of community here,” Bicak said. “We’re large enough that we have the breadth and depth of programs, but we’re also small enough that you get to know students and they get to know you.”

The desire to work in that type of close-knit environment brought him back to Kearney in 1992. Bicak taught in the UNK Department of Biology for the next 13 years, serving as department chair for seven years and as an assistant to the dean for two years.

He received the Teaching Excellence Award from the Kearney Area Chamber of Commerce in 1997 and was the second person ever recognized with the Leland Holdt/Security Mutual Life Distinguished Faculty Award, presented annually to an outstanding UNK teacher-scholar for their achievements in education, research and service.

Bicak was dean of the School of Natural Sciences at St. Edward’s University in Austin, Texas, from 2005-09 before returning to UNK for good.

Chancellor Doug Kristensen calls Bicak “one of the pillars who helped build the modern-day UNK.”

“I think there are days when it’s hard to calculate how important Charlie has been to the University of Nebraska at Kearney, because he’s impacted it in so many different ways,” Kristensen said. “Over the last 13 years, clearly he’s had a big impact on the academic direction of the campus, but I think he provides a calming influence toward most campus issues.”

As senior vice chancellor for academic and student affairs, Bicak oversaw a number of collaborative and multidisciplinary projects – most notably the successful partnership with the University of Nebraska Medical Center. He played a key role in the planning process when UNK and UNMC joined forces to expand health care education in rural Nebraska.

The institutions opened a $19 million Health Science Education Complex on UNK’s west campus in 2015, and that facility quickly filled to capacity. More than 300 students are currently pursuing degrees there in over a dozen professional programs.

The Nebraska Legislature approved funding earlier this year for the second phase of that plan, a new Rural Health Education Building to be located directly north of the Health Science Education Complex. That building will expand the existing UNMC programs offered in Kearney and bring new options to the UNK campus.

“Charlie’s ability to work seamlessly with the medical center has been an unbelievable asset for the campus as we’ve developed the Health Science Education Complex and now the Rural Health Education Building,” said Kristensen, who called the partnership a “shining accomplishment.”

“But there are so many other things Charlie has done that I think are just as important to campus, but maybe not as visible,” he added.

Bicak helped launch various other research initiatives and academic programs, including molecular biology, athletic training and early childhood education, and he took a “surgical” approach during budget reductions to lessen the impact.

Kristensen described his longtime friend and colleague as kind, measured and “totally committed to the campus.”

“I haven’t lost a night’s sleep since Charlie’s been the senior vice chancellor for academic affairs, because I know the academic side of the house is in good hands,” he said. “I trust his judgment. I always have.”

“There comes a time for all things to end,” Bicak says.

That’s why he decided to join his wife Marylin in retirement.

At 70 years old, he’s ready. Plus, it gives somebody else an opportunity to leave their mark at UNK.

“And I think that’s healthy,” he said.

Bicak will remain involved in the Rural Health Education Building development, but he plans to travel more and spend additional time with family. His son Nate and grandchildren Parker and Foster live in west Omaha and his daughter Libby lives in Lincoln.

Of course, he’ll also be at all those campus events, giving him a chance to catch up with faculty, administrators, former students and other friends he’s made along the way.

“UNK means a lot to me,” Bicak said. “It’s formed a large part of my identity. I attach it pretty quickly to who I am.”