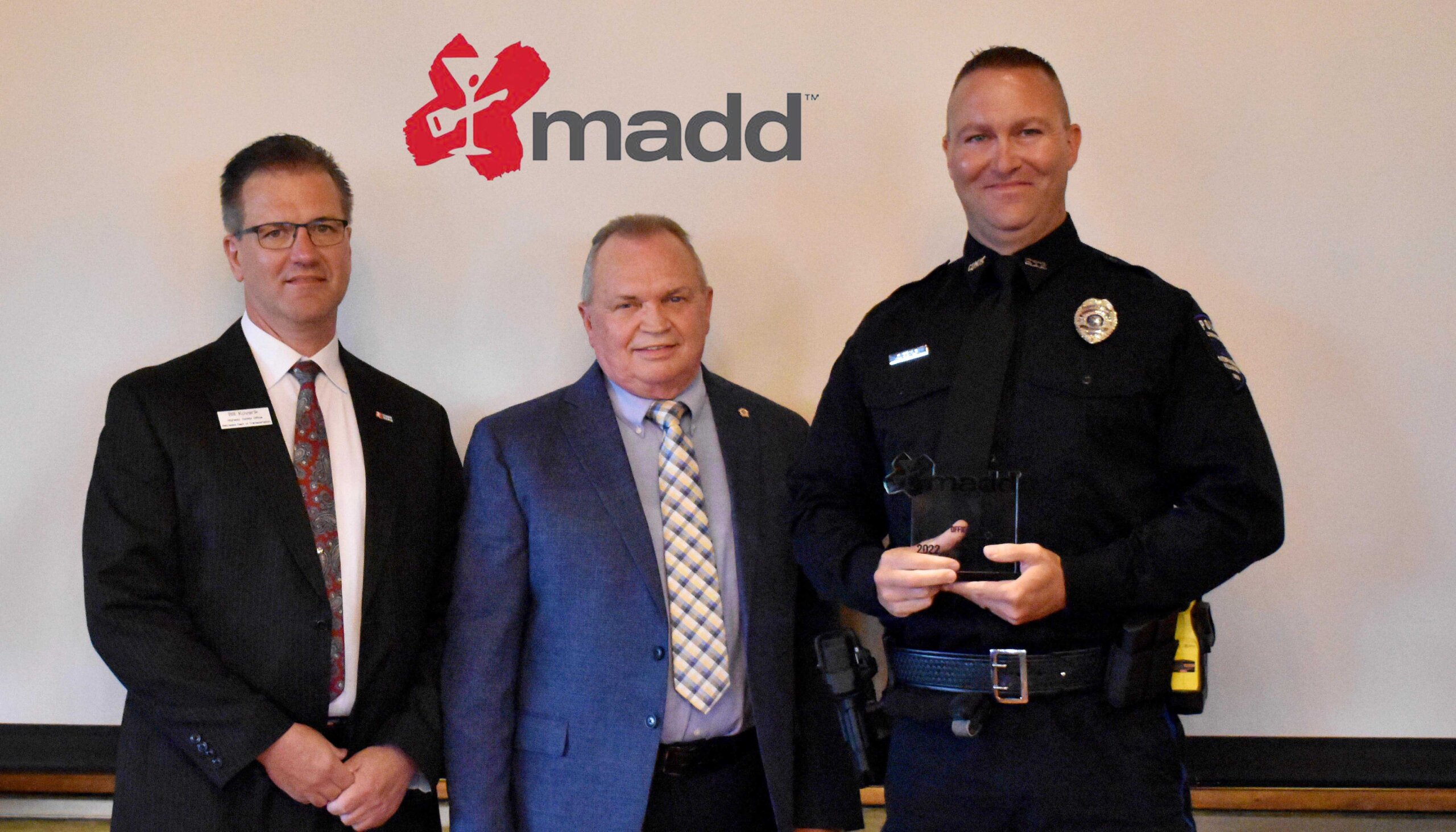 University of Nebraska at Kearney Police Officer Scott Seals has been given a MADD Hero Award for his work to end drunk driving, help fight drugged driving, prevent underage drinking and support victims of those crimes.

Seals was recognized Tuesday in Lincoln at a ceremony hosted by Mothers Against Drunk Driving of Nebraska.

He was given an award in the category of Adult DUI Enforcement – Individual, which is given to individuals who demonstrate high arrest numbers while serving as leaders and motivators to their teams and helping reduce alcohol-related deaths and injuries on Nebraska roads.

Seals, who joined UNK Police in 2018, was recognized for leading the department in traffic enforcement. In 329 stops in the past year, he made 24 arrests for DUI, 36 for MIP and 17 for other drug-related offenses.