KEARNEY – University of Nebraska at Kearney senior Leigh-Anne Lehmann was recognized as one of the top undergraduate researchers at last weekend’s American Association of Immunologists fall conference in Chicago.

A biology major with a health science emphasis, Lehmann was one of just five students to receive the AAI Undergraduate Award during the annual event, which features presenters from the best research institutions in the Midwest.

“The undergraduate presence at this conference has grown substantially over the past 10 years. It includes a number of R1 research institutions with really good immunology programs, so having that distinction is a real honor,” said UNK assistant biology professor Joe Dolence, who mentors Lehmann through the Undergraduate Research Fellows program.

Lehmann joined Dolence’s lab as a freshman and began conducting her own research the following year.

“That’s one of the reasons why I chose UNK, because I knew they had really good research opportunities,” she said.

The Eustis native discovered “a whole new world” as an undergraduate researcher, allowing her to develop a deeper understanding of course curriculum and enhance the problem-solving and critical-thinking skills she’ll use in her professional career.

“It’s been fun to watch her growth over the years,” Dolence said. “She’s someone who is independent and drives the project forward, which is the biggest compliment I can pay to a student researcher.”

Lehmann is part of a student research team working alongside Dolence to study food allergies, which affect about 32 million people in the U.S., according to the Asthma and Allergy Foundation of America. Each year, roughly 200,000 Americans require emergency medical care because of allergic reactions to food, and there’s currently no cure for this growing public health concern.

“It’s extremely important for us to figure out what’s going on inside the body so we can change that,” Lehmann said. 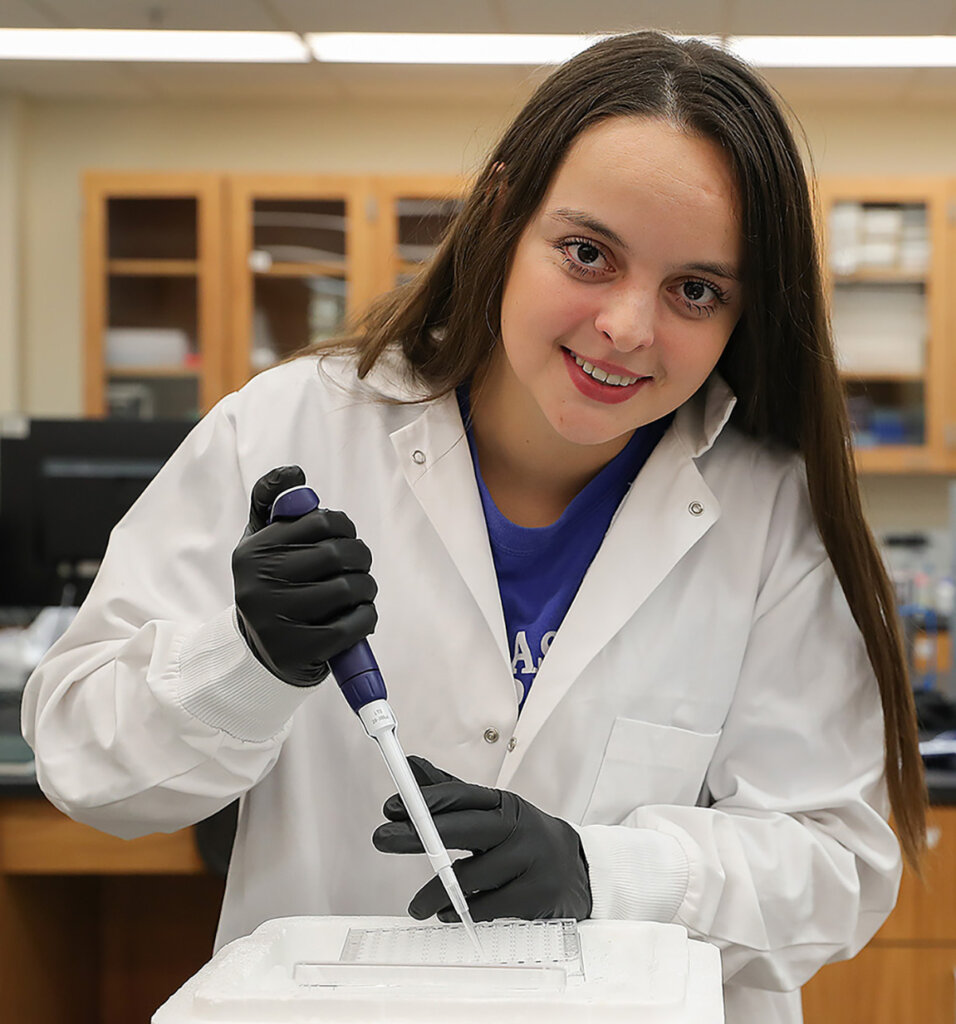 The UNK researchers are focusing on peanuts, one of the most common food allergens for both adults and children. Using mice, they’re studying the immune cells that mistakenly attack peanut particles and trigger an allergic reaction, with an ultimate goal of developing an effective treatment strategy for humans.

In her research project, Lehmann is looking at the sex-specific reaction to peanut exposure.

“What we’re seeing is there’s a difference between males and females and how they mount this immune response,” she explained.

Her findings show the immune system reacts much more strongly to peanuts in female mice.

“There are many diseases in which females and males respond differently, and I think we’re just at the forefront of trying to understand those differences,” Dolence said. “This is important clinically because if you want to talk about the individualized medicine of the future, you have to take the immune system into account.”

Lehmann, who’s also enrolled in a research methods class, believes the American Association of Immunologists award validates her work in the lab.

“It brings more attention to what we’re trying to accomplish as a group,” she said.

A member of the Kearney Health Opportunities Program, she’ll graduate from UNK in May and begin the physician assistant program at the University of Nebraska Medical Center next fall.

Dolence already knows that will be a bittersweet moment.

“Obviously you want to see her move on and be successful, but it’s always hard to say goodbye to such a talented student,” he said. 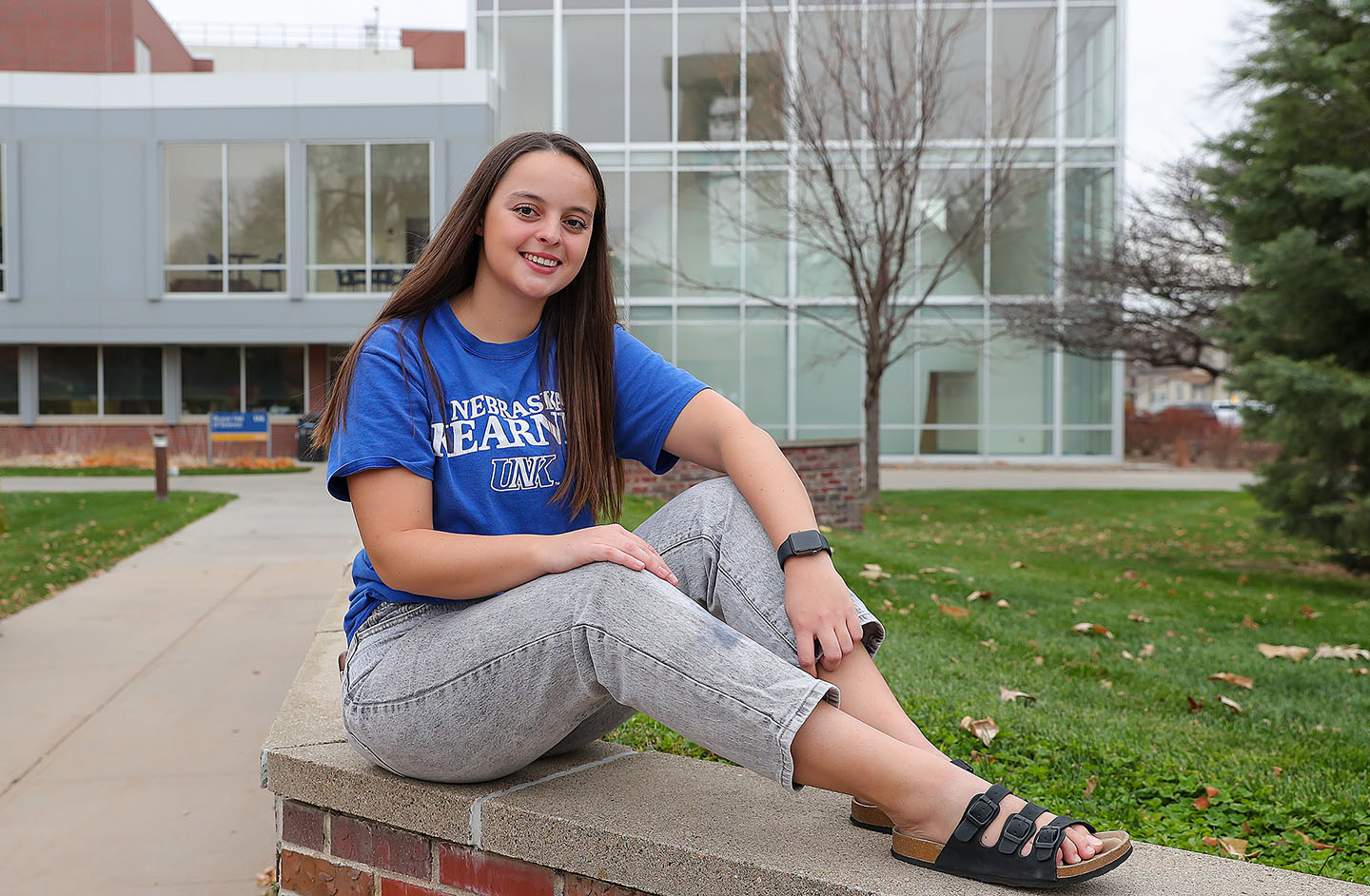