KEARNEY – Food allergies affect more than 4 million U.S. children, according to the Centers for Disease Control and Prevention, with peanuts ranking high on the list of culprits.

There is no cure for this growing public health concern, which can have life-threatening consequences.

“I hear too many stories of kids who accidentally ingest a certain food, and they die from it,” said Joe Dolence, an assistant professor of biology at the University of Nebraska at Kearney. “We need to develop better ways to treat this.”

According to the CDC, the prevalence of food allergies among children increased by more than 50% from 1997 to 2017 – impacting 6% of Americans younger than 18 – with foods representing the most common cause of anaphylaxis in children and adolescents. 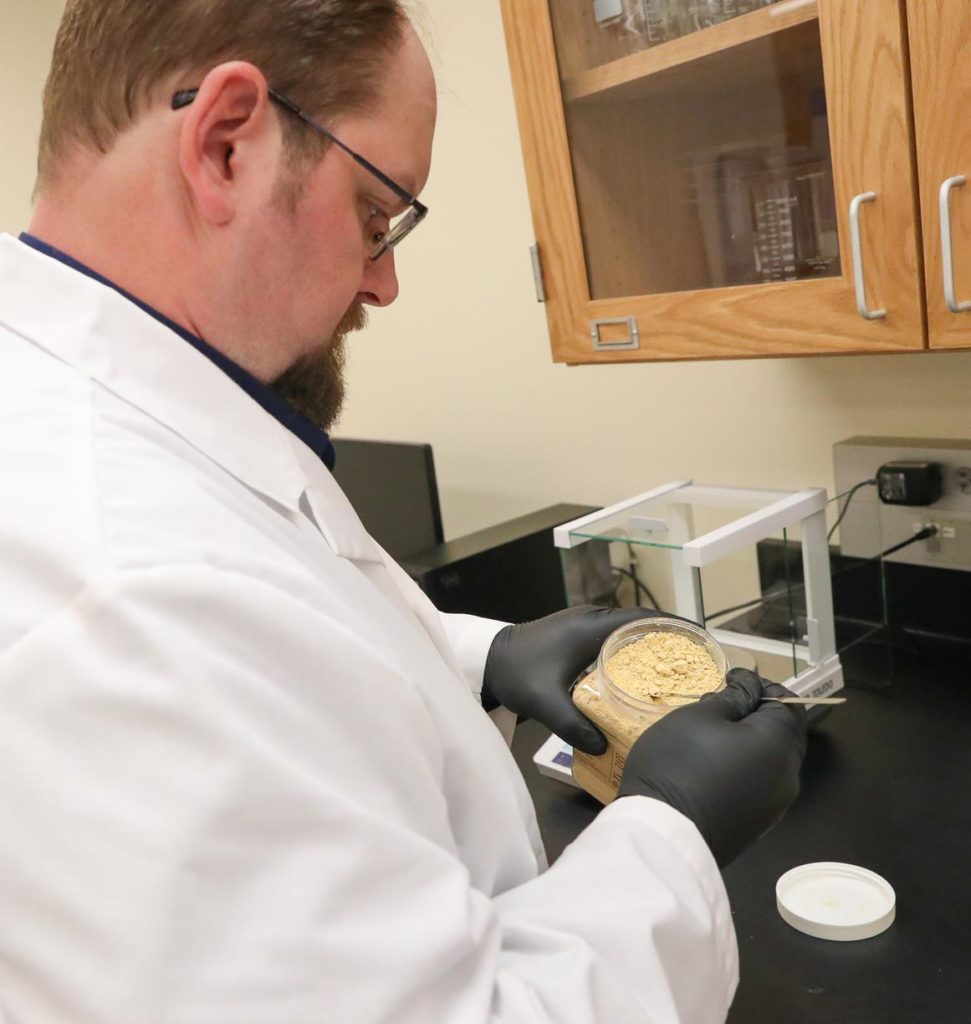 Dolence, a Minnesota native who spent a decade as a doctoral student and researcher at the Mayo Clinic before joining UNK in 2018, knows what it’s like to be the parent who must constantly scrutinize what his child, and others around him, are eating. His 10-year-old son Charlie remains allergic to peanuts and tree nuts, and previously had positive reactions to soy, wheat and dairy.

“I’ve experienced firsthand having to deal with this landmine of allergens,” Dolence said.

A food allergy occurs when the body’s immune system mistakenly attacks typically harmless proteins and creates antibodies to the food. When these antibodies bind the food allergen, the resulting reaction can be severe, especially with peanut allergy, which causes anaphylaxis more frequently than other foods. Once anaphylaxis begins, the only effective treatment is epinephrine, the medication found in an EpiPen.

Dolence is working to solve this mystery at his lab inside UNK’s Bruner Hall of Science.

His research focuses on the body’s response immediately after peanut particles are introduced through inhalation, which can cause an allergic reaction along with ingestion and skin and eye contact.

Using mice, Dolence is studying the immune cells that respond to peanut particles and eventually trigger an allergic reaction. The study builds upon research published last year in the Journal of Allergy and Clinical Immunology that shows mice can develop a peanut allergy when exposed to particles through inhalation, and identified the specific T cells and pathway involved in this reaction. Dolence completed that study with researchers from the Mayo Clinic and Indiana University School of Medicine.

The ultimate goal, Dolence said, is to translate his findings to human benefits by developing a treatment strategy that can better address peanut allergy, which is typically a lifelong affliction.

Currently, treatments such as oral immunotherapy – exposure to peanuts in small doses with hopes of developing a tolerance – are being studied in clinical trials, but nothing has been approved for general use.

“To develop new treatments and new therapies, we need this information because it gives us new targets to go after when thinking about ways to minimize the burden of peanut allergy,” said Dolence, who will add two undergraduate students to his research project this fall. 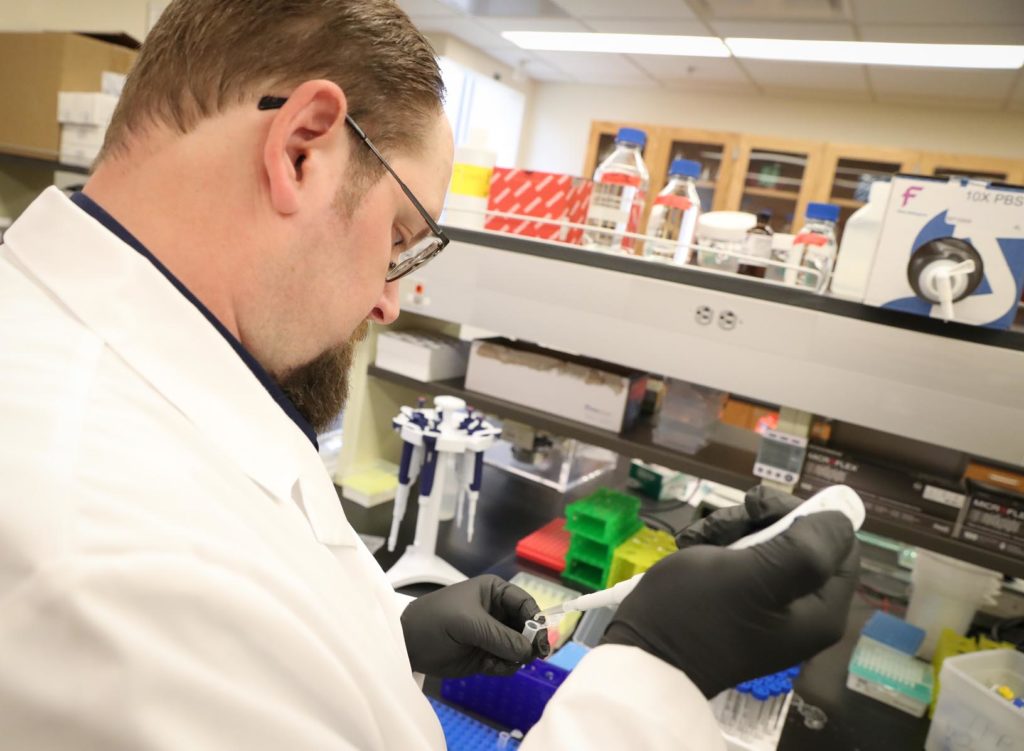 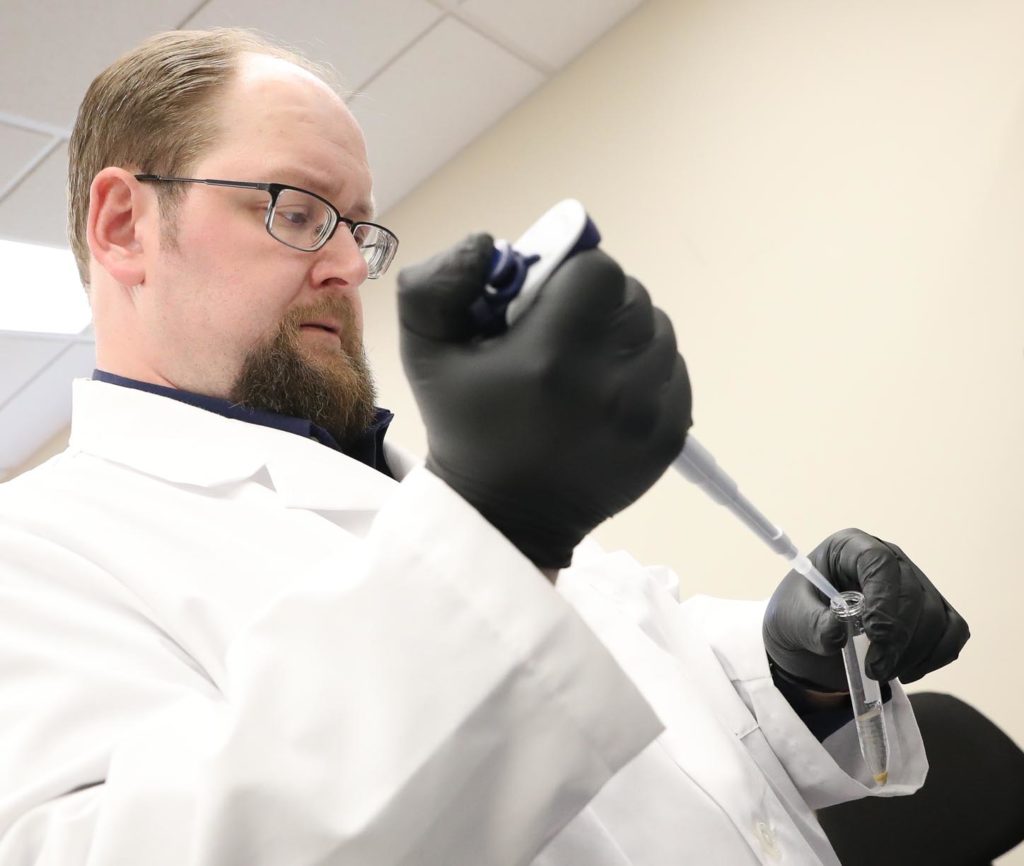