KEARNEY – There are two sides to Megan Coffin.

You’ll see one of them on stage at the University of Nebraska at Kearney, where she’s a senior majoring in elementary education with a theater minor.

That’s the quirky side, the person who played a giant bird in the recent UNK Theatre production of “Nightfall with Edgar Allan Poe,” ended a war by withholding sex as the main character in “Lysistrata” and committed a murder while portraying Charlotte Corday in “Marat/Sade.”

“I like pretending that I’m someone who I’m not,” Coffin said. “It definitely takes you away from your real-world problems and puts you in someone else’s shoes. You don’t have to think about reality for a while.”

Coffin started performing prior to high school and continued her involvement in theater while attending Lincoln North Star.

“But I definitely got more into it since I’ve been in college,” she said.

She’s been a cast member for five different UNK productions, including Shakespeare’s “The Comedy of Errors” and “Orphan Train: The Musical,” and was part of the production team for two more dance and theater performances.

A member of the Alpha Psi Omega National Theatre Honor Society, Coffin views acting as a fun way to prepare for her future career as an elementary teacher.

“Communication is very important starting at a young age,” she said. “I want to incorporate my theater knowledge into my elementary degree, which I think will make me a better educator.”

The other version of Megan Coffin can be found at the Nebraska Air National Guard Base in Lincoln.

Coffin works in logistics readiness and materiel management, ensuring supplies and equipment get where they need to go. She’s in charge of items ranging from office supplies and clothing to “flying booms” worth more than $1 million.

The 25-year-old enlisted in the Air National Guard in January 2016, following in the footsteps of several family members. Her older brother serves in the same unit, her father is an Air Force veteran, and she has an aunt, uncle and cousins who are all active-duty Air Force members.

Although she was initially drawn to the military by the benefits, she quickly fell in love with another aspect.

“A lot of people don’t travel the world at my age – and I get paid for it,” she said.

Coffin has volunteered for five deployments over the past five-plus years, including two trips to Andersen Air Force Base in Guam. During her first deployment, she participated in Operation Christmas Drop, a long-running Department of Defense humanitarian effort that airlifts donated food, supplies, educational materials and toys to about 20,000 people living on remote islands throughout Micronesia.

“That’s something cool I was able to be part of,” said Coffin, who’s also spent time in Qatar in the Middle East.

In the U.S., she was deployed to Washington, D.C., to provide additional security during the most recent presidential inauguration and she served the community during the early stages of the COVID-19 pandemic.

When other students were sent home in spring 2020, Coffin came to campus to assist people in need of temporary housing.

As part of an agreement with the state of Nebraska, University of Nebraska residence halls in Omaha, Lincoln and Kearney were made available to people who needed to quarantine because of COVID-19 exposure or isolate themselves from high-risk individuals living in their household. Coffin was part of the National Guard team that oversaw onsite operations at UNK.

On top of all that time away from her studies, she also attends monthly drill weekends in Lincoln.

Balancing both sides of her life is challenging, Coffin admits, and she definitely notices all the classmates who have earned degrees since she transferred to UNK in fall 2017.

“That bothered me at first, but then I realized I’m going into my teaching career a lot more mature and with a lot more life experience,” she said.

Those aforementioned benefits are a big plus, too. The National Guard pays 100% of her tuition and scholarships she receives through UNK cover the remaining costs.

A member of the SALUTE Veterans National Honor Society, Coffin expects to graduate in December 2023, after returning from her sixth overall deployment and second in the Middle East.

She plans to remain in the Air National Guard when her teaching career begins. 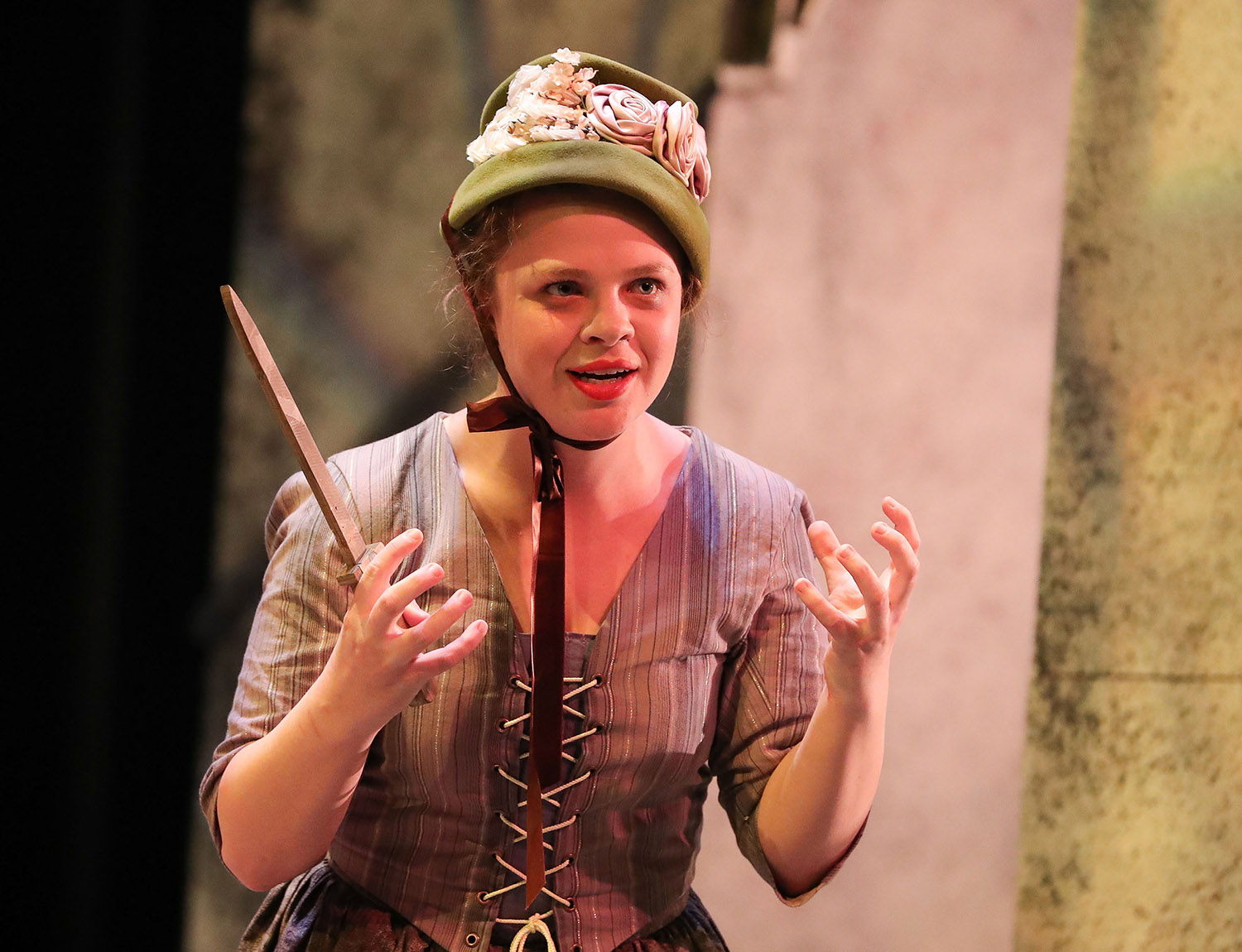