KEARNEY – Hinwa Allieu was sitting in his room at the Atlanta Falcons training facility when the phone rang.

He didn’t want to answer.

“At that time, I still thought I would make the team because I had such a good training camp. I wasn’t expecting the call,” said Allieu, who signed with Atlanta as an undrafted free agent in April 2020.

Five months later, he was among the final players cut from the team’s roster.

Before leaving Georgia, Allieu had a chance to meet with then-head coach Dan Quinn and general manager Thomas Dimitroff, who were both fired five games into the 2020 season.

“I told them I still think I can play in this league,” Allieu said.

And he’s not giving up on that dream.

“Being a 22-year-old and making it to the NFL, there were still a lot of learning steps I had to go through and things I wish I could have done better throughout camp, but that’s part of the process. You fail so you can learn those lessons, get better and move forward.” 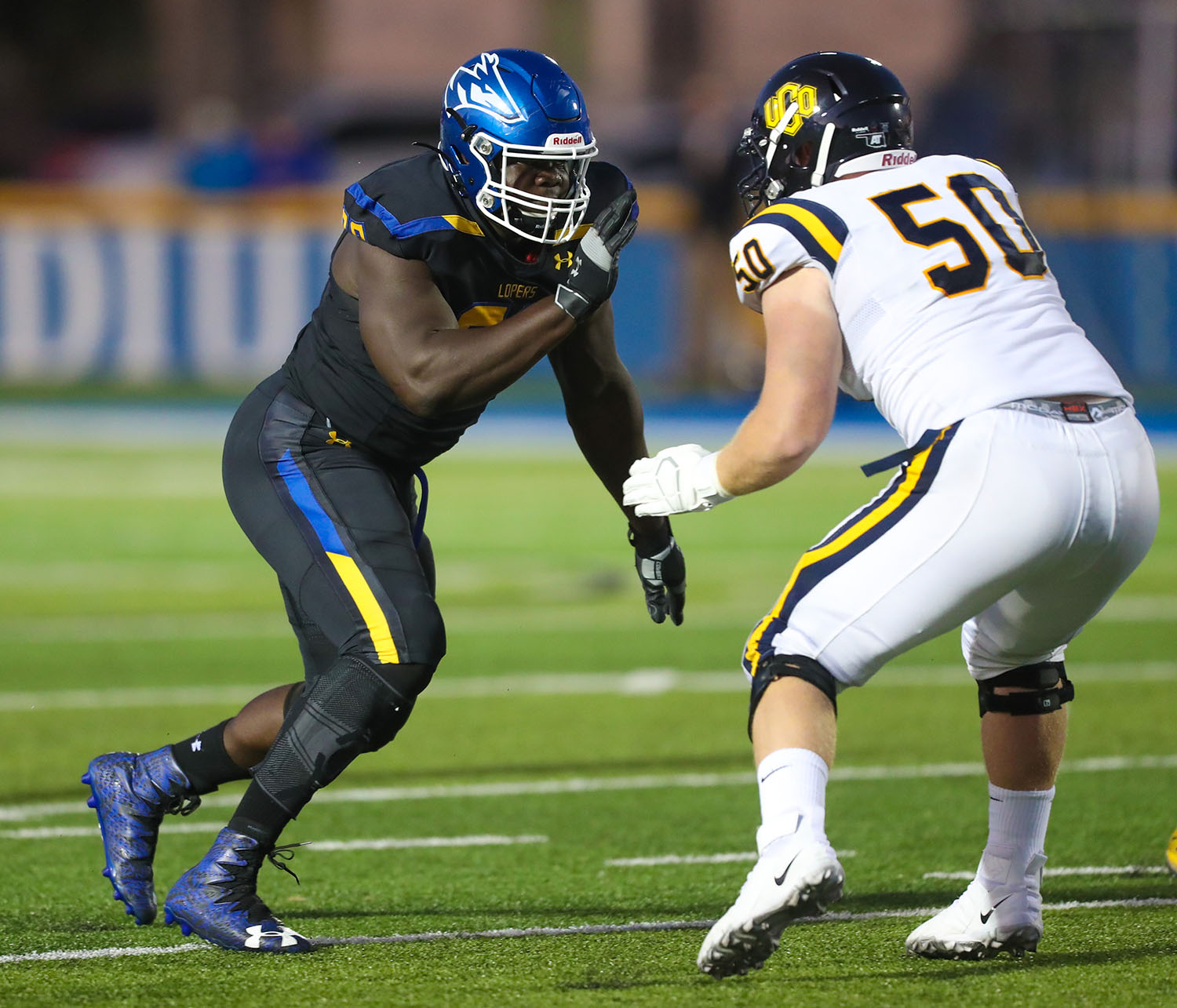 A native of Sierra Leone, Allieu didn’t play football as a child.

He wasn’t introduced to the sport until high school, after he moved to Maryland to live with a family member at age 16. His athleticism and potential drew offers from Division I programs, but Allieu decided to attend the University of Nebraska at Kearney, where his cousin Shayne Shade is an assistant football coach and the program’s recruiting coordinator.

Allieu made an immediate impact for the Lopers, playing in 10 games and starting six contests as a true freshman in 2016. He started all 34 games over the next three seasons and earned All-MIAA honors three times, including a first-team selection as a senior.

Allieu completed his UNK career with 160 tackles and 15.5 sacks, the seventh-highest total for a Loper since 1990. His final game was a 50-33 victory over Winona State in the 2019 Mineral Water Bowl that gave UNK its first winning season in eight years.

“It means a lot to me,” Allieu said of his time as a Loper. “For me personally, it’s the people – the people I’ve met here and built relationships with. Those are the things that are going to last a long time. After football is done and school is done, the relationships are what’s left.”

When spring semester classes started, Allieu was back on the UNK campus.

He had another goal to accomplish.

“I’ve come so far, why would I stop now?” said Allieu, whose grandfather was a construction manager and father is a civil engineer. “I like finishing things that I start.”

Even if it means scrambling to complete your finals so you can put on the pads again. Allieu took his last exam on May 6, the day before he played his first game in The Spring League, a six-week developmental league featuring former collegiate and NFL players.

“It was good competition,” he said. “Everybody there was an elite talent.”

Allieu was a member of the Blues team based in Houston. His head coach was Ted Cottrell, who served as defensive coordinator for the San Diego Chargers, Minnesota Vikings, New York Jets and Buffalo Bills during a 25-year NFL coaching career.

“He’s been around football for a long time,” Allieu said. “I learned so much from him. It was a great experience developing my game.”

In addition to playing football, Allieu started an internship with Advanced House Plans, an Elkhorn-based home design company. When The Spring League season wrapped up in mid-June, he returned to Nebraska to continue the internship.

“It’s been kind of busy, jumping from one thing to another,” Allieu said.

But the reward was worth the effort.

On Friday, Allieu walked across the stage inside UNK’s Health and Sports Center to receive his diploma. His mother Mychaella and 8-year-old sister Munjay traveled from Sierra Leone to attend the commencement ceremony and his 18-year-old sister Nyawa joined them in Kearney.

“I wanted them to be here to celebrate with me,” Allieu said. “I wouldn’t be able to do what I did without my support system and the people who believe in me.”

With a UNK degree in hand, Allieu plans to pursue a full-time job while continuing to train for the NFL.

“I want to get back in there,” he said. “I know I can do it. I know I can compete with those guys. I just need another opportunity.

5x 🏈Lopers Get Diplomas Today
1x 🏈GA Gets His Masters 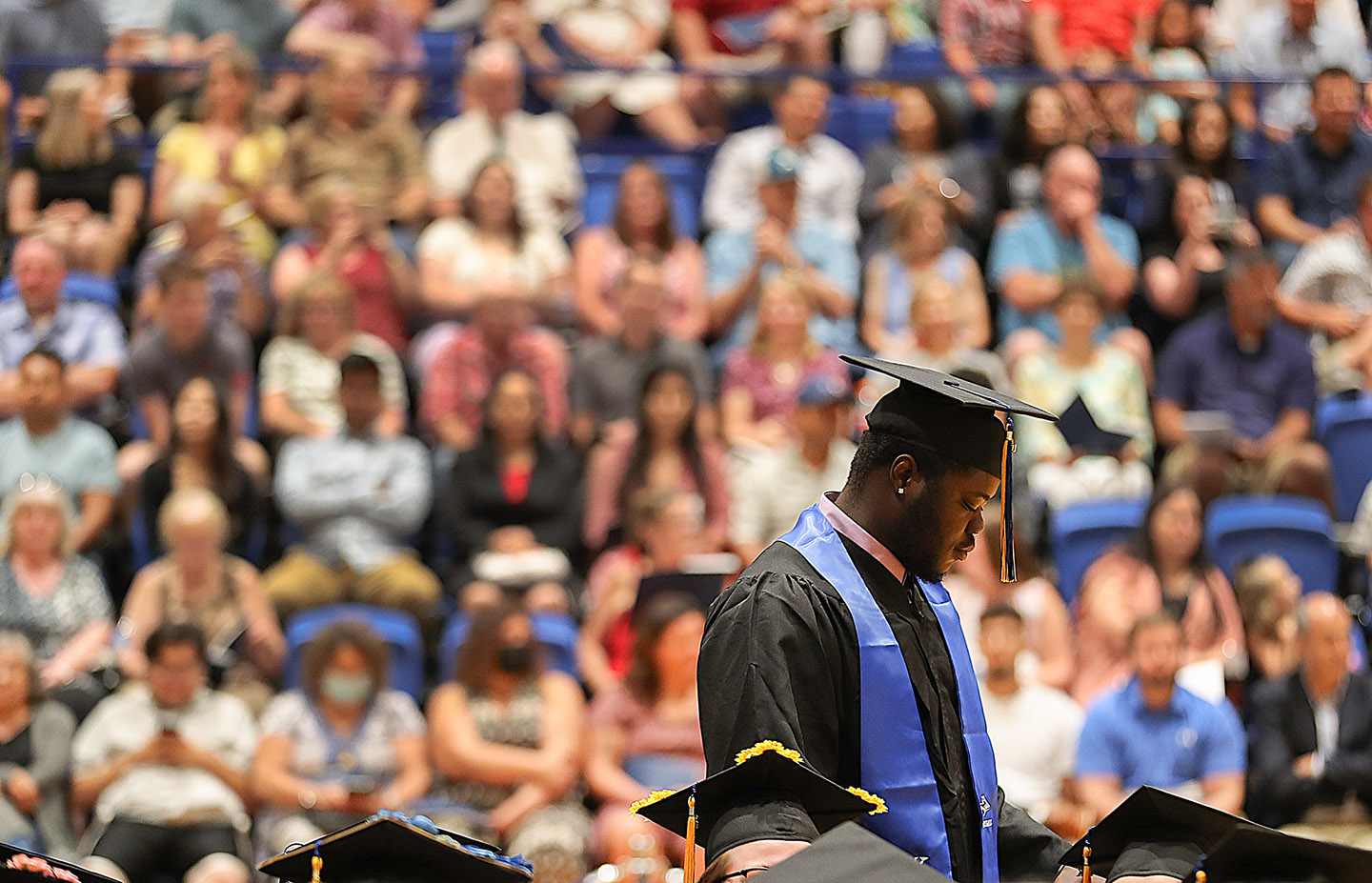 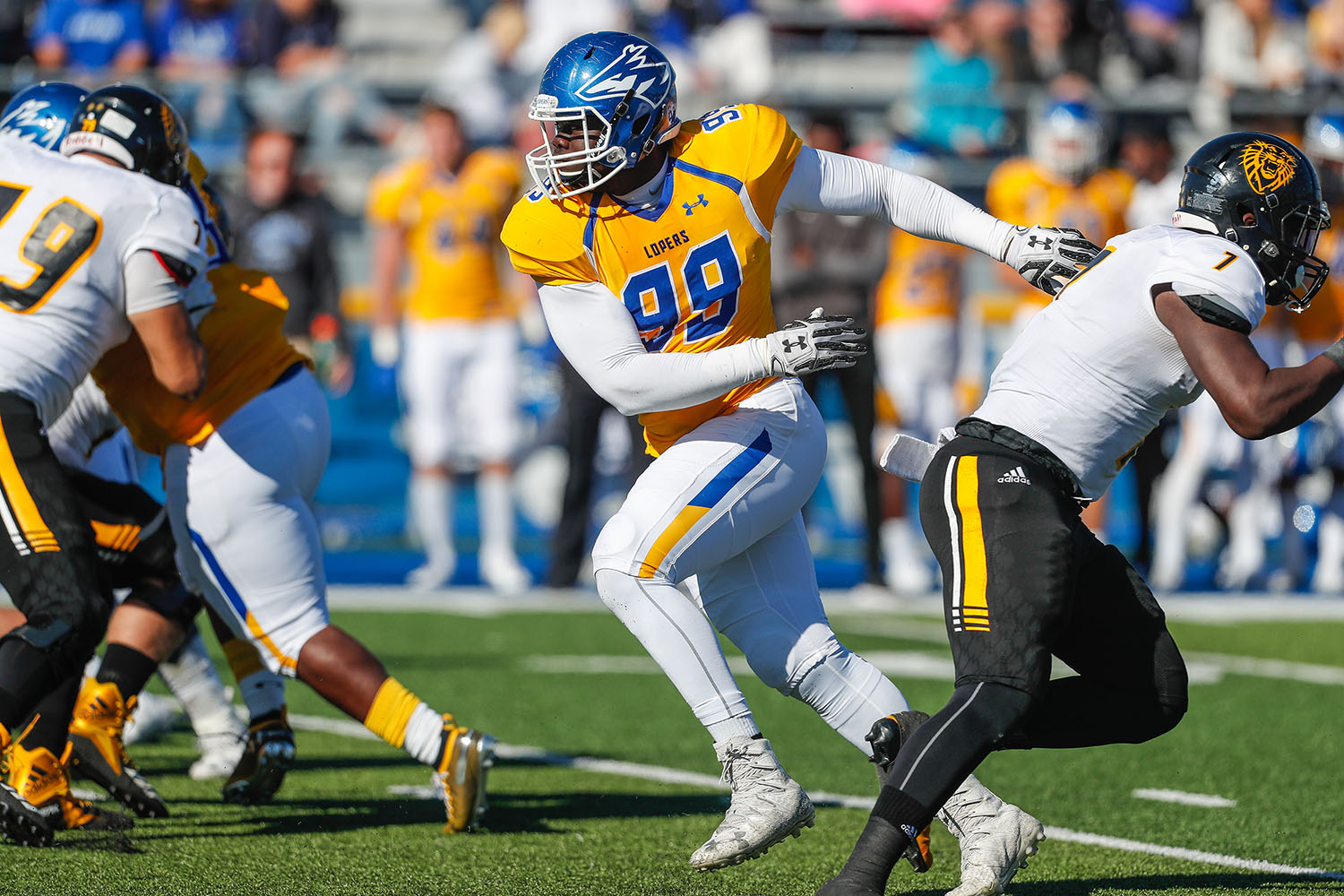 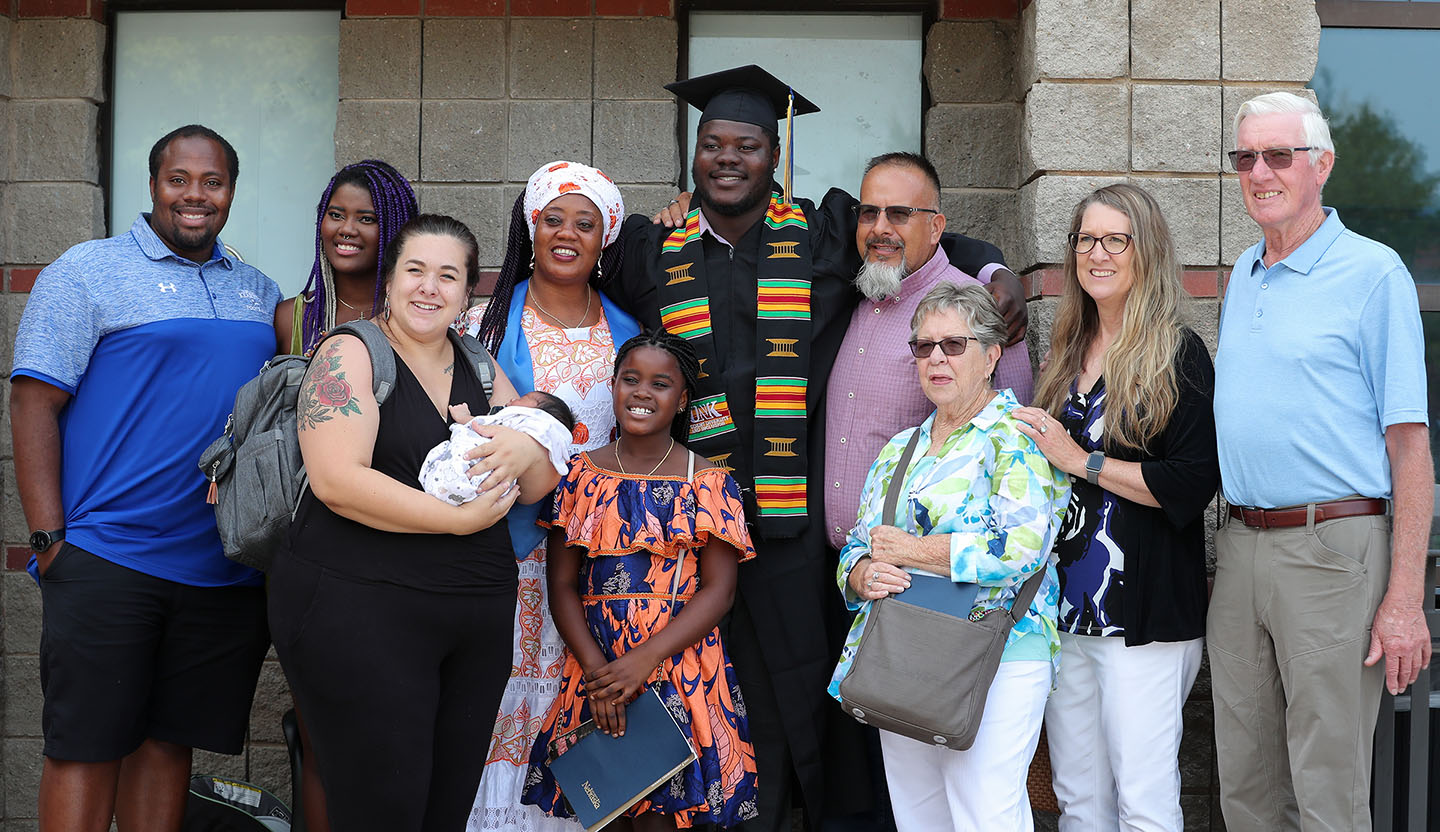