Mackinzi Hill of Hastings, Abby Mieras of Olathe, Kansas, and Temo Molina of Stanton are this year’s recipients of the prestigious scholarship, awarded to the top scholars admitted to the UNK Honors Program.

Offered by the Honors Program and supported by the Omaha World-Herald and Kearney Hub newspapers, this scholarship is one of the premier academic awards at UNK. It covers room and board, tuition and fees and books for up to four years. Students must have a GPA of at least 3.85 and an ACT score of 30 or better to qualify.

A total of 160 students applied for this year’s scholarship and 41 were interviewed by the selection committee before the three recipients were chosen.

“Our Honors committee reviewed applications from a large pool of incredibly talented students. I read many powerful stories from our top scholars of academic motivation and perseverance through hardships. The Honors Program welcomes the diversity of thought these three top scholars will bring and we are thankful to be able to award them with this prestigious offering,” said Angela Hollman, director of the UNK Honors Program. 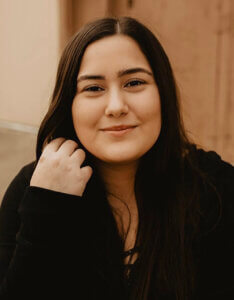 The daughter of Richard and Debra Hill, Mackinzi Hill graduated from Adams Central High School with a 4.0 GPA. She scored a 33 on the ACT and plans to major in math.

A student leader at Adams Central, Hill held the positions of vice president and treasurer for Interact, a Rotary-sponsored service club, and was vice president of the school’s Future Business Leaders of America chapter. She serves the Hastings community through Project Homeless Connect and Meals on Wheels and was selected for the Youth Leadership Academy and Mayor’s Youth Council.

When she’s not engaged in school or serving her community, Hill enjoys investigating scientific topics such as the effects of pharmaceutical waste on groundwater and microorganisms. 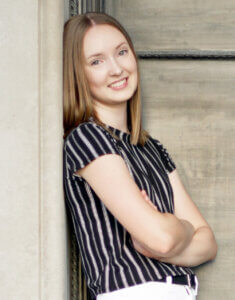 The daughter of Katie and Kalin Mieras, Abby Mieras will graduate from Blue Valley West High School with a 4.0 GPA. She scored a 32 on the ACT and plans to major in interior and product design.

Mieras is inspired by a quote from former wide receiver and Pro Football Hall of Famer Jerry Rice: “Today I will do what others won’t, so tomorrow I can do what others can’t.”

Her dedication was evident throughout high school, whether she was serving as a student ambassador and Spanish National Honor Society Executive Board member, competing on the softball team or finishing one of her 13 advanced placement/honors courses. Mieras believes leadership is about modeling good behavior and listening, not telling people what to do. 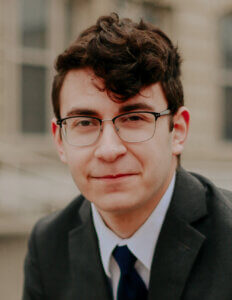 The son of Cuauhtemoc Molina Sr. and Mayra Martinez, Temo Molina graduated from Lutheran High Northeast with a 4.0 GPA. He scored a 31 on his ACT and hasn’t decided on a college major.

Molina uses his intellectual curiosity to challenge himself and improve as a scholar and learner. He was captain of the school’s Quiz Bowl team and vice president of the Norfolk Youth Leadership Council. He also received the West Point Society Dwight D. Eisenhower Leadership Award.

Leadership roles aren’t always extravagant, according to Molina, who emphasizes the importance of understanding diverse perspectives during day-to-day work.