KEARNEY – Justin Vrooman got his first taste of entrepreneurship when he was still in elementary school.

At age 11, the budding businessman decided he wanted to start raising animals on his family’s acreage near Juniata. Rabbits sounded like a lot of work, so he chose chickens.

The family built a small coop on their property, and Vrooman delivered the eggs to customers each week. His flock quickly grew to about 60 birds.

“It was a nice little start to a business, but after I started calculating my costs, I realized it wasn’t very cost-effective to sell eggs,” Vrooman said.

So, he changed his business model. 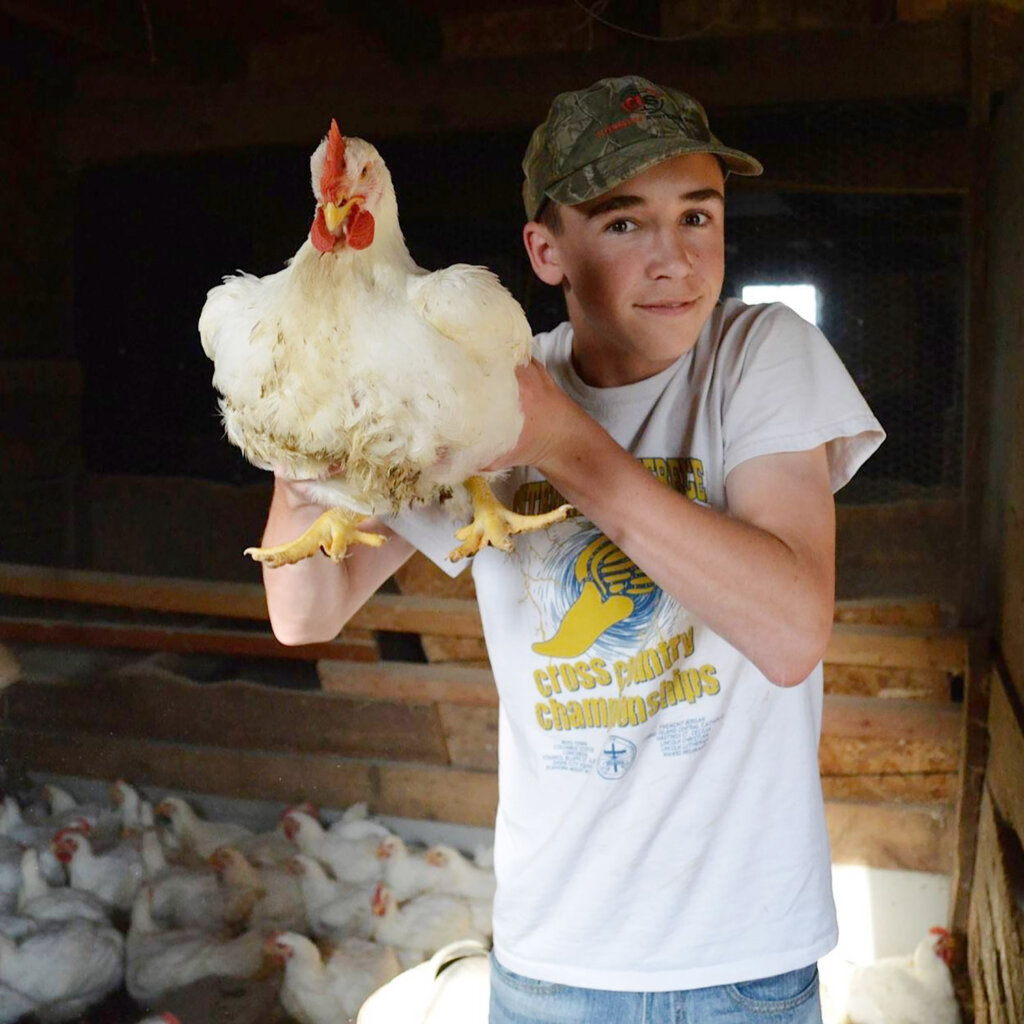 Vrooman kept some of the egg-laying hens to meet the family’s needs, but he focused primarily on broilers that are raised for meat production. He received baby chicks in the mail, raised them for eight weeks, then sold the meat after the animals were processed at a local butcher shop.

“That proved to be a lot more profitable,” said Vrooman, who was selling up to 200 birds a year.

Vrooman may not be the next John W. Tyson or Arthur Perdue – he left the chicken industry after graduating from Hastings St. Cecilia – but his entrepreneurial spirit continues to open new doors in the business world.

“I enjoy the excitement and learning new things,” he said. “As an entrepreneur, you get to dabble with a little bit of everything and build something from the ground up.”

Vrooman is currently a junior at the University of Nebraska at Kearney, where he’s studying applied computer science and agribusiness with a minor in entrepreneurship.

When he’s not in the classroom, interning in the IT department at CSS Farms or competing for the UNK track and cross country teams, the 21-year-old is likely focusing on his newest business ventures.

Last year, Vrooman and his father, Lee, formed Vrooman Ventures and entered the real estate market. They purchased a duplex near the UNK campus and renovated the property before Vrooman moved in last fall. He and two roommates live in one unit, and the other unit is a rental. Vrooman serves as the property manager.

“It’s been a really beneficial experience, learning more about the managerial side of things,” Vrooman said.

Vrooman started Heartland 3D with his business partner Derrick Kleeb, a data and systems manager at CSS Farms, a multistate agricultural business that focuses on potato production. The two co-workers began researching 3D printers and saw an opportunity to capitalize on this growing market.

“We found there aren’t a lot of suppliers in central Nebraska or even the central region of the United States,” Vrooman said.

Heartland 3D, which formed in October, fills this need. The online business sells several models of Creality and Artillery brand 3D printers, as well as the plastic filament the machines use to create three-dimensional objects from a digital design.

Vrooman says their target audience is the “everyday consumer” – individuals, small businesses and organizations that are interested in 3D printing, but don’t need to mass produce items. 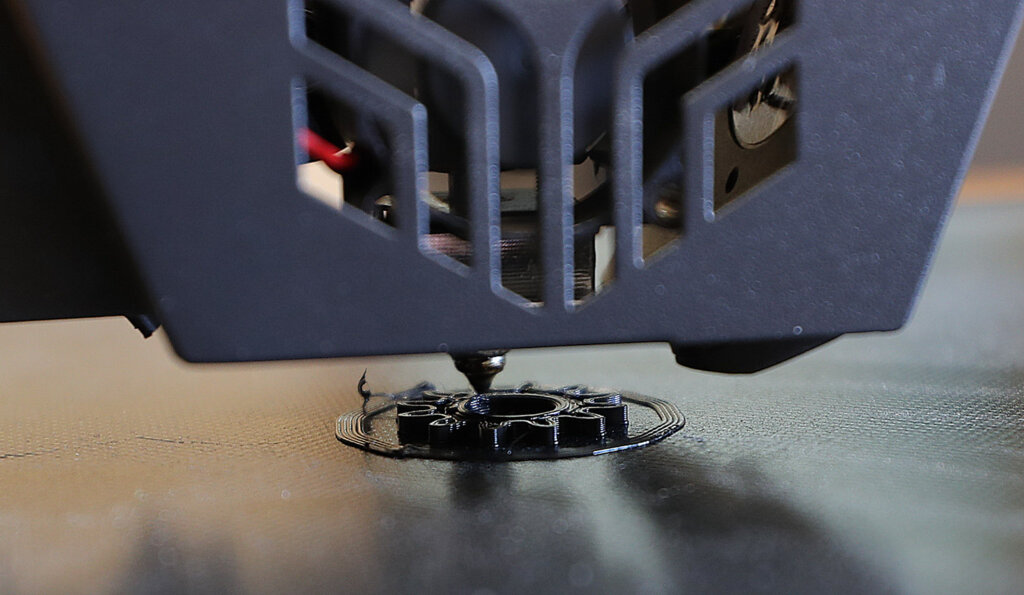 “It’s on the verge of being a household deal, where everybody has a 3D printer in their home,” Vrooman said. “There are so many different applications.”

Heartland 3D sells models for as low as $300, and the business recently purchased a plastic extrusion machine that can produce the filament on-site.

“We want to make sure the filament we sell is good quality,” said Vrooman, noting that they’re also looking to expand the number of brands offered.

“We’re interested in working with businesses, schools and libraries to make 3D printers accessible to everyone,” Vrooman said.

They can also work with a client to print a specific item. For example, Vrooman is using the architect’s design to create a 3D model for a Catholic Newman Center building project.

Heartland 3D has exceeded $10,000 in sales during its first six months, and Vrooman believes it can eventually evolve into a full-time business.

“We want it to grow as big as it can get, but we aren’t necessarily in a huge hurry to get there,” he said. “We want to take our time, develop our knowledge of the products we sell and grow from there.” 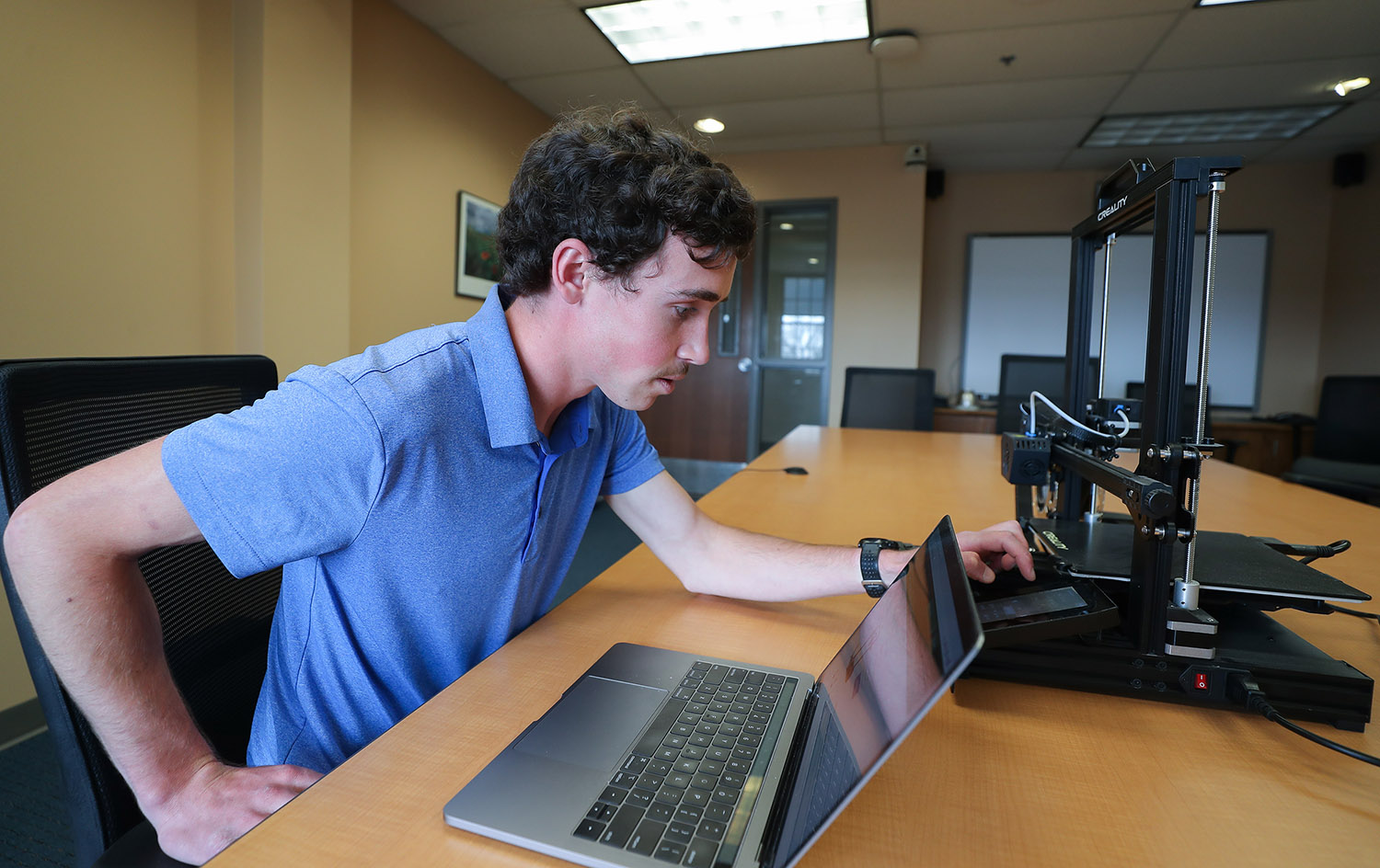 Vrooman was recognized Thursday as the student entrepreneur of the year during the annual Light It Up awards ceremony hosted by UNK’s Center for Entrepreneurship and Rural Development.