The internet is an integral part of everyday life for most Americans.

We use it to communicate with friends and family, stream our favorite television shows and shop from the comfort of our living rooms.

More importantly, this technology connects health care providers with patients, teachers with students and businesses with a global marketplace.

Affordable, high-speed internet is almost a necessity in today’s world, yet many people living in the U.S. still lack access. 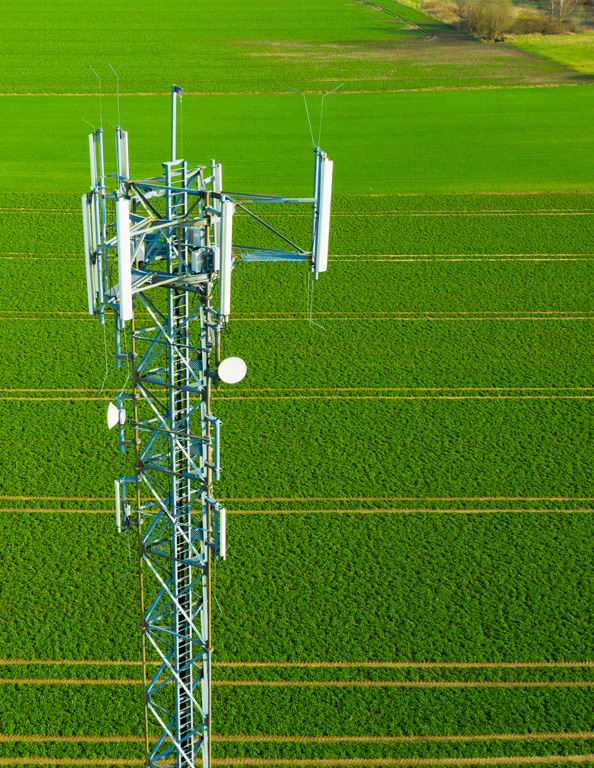 “We feel for all those people in rural areas who are suffering from this,” said University of Nebraska at Kearney professor Tim Obermier, who is researching the digital divide with his colleague Angela Hollman. “You hear anecdotally all the time, ‘I can’t get good, quality internet.’ They either can’t get it at all, or they have satellite service, which is extremely limited in value because it’s so expensive for what you get.”

In a state where roughly 35% of the residents live in rural areas, it’s easy to spot the disparities between the haves and have-nots, especially during a global health crisis that forced people to learn and work from home.

The COVID-19 pandemic exposed some “gaping holes” in Nebraska’s infrastructure, according to Hollman, an associate professor in UNK’s Department of Cyber Systems.

She can share story after story about UNK students who struggled with remote learning because they don’t have a high-speed internet connection at home. This impacted their ability to view lectures or upload assignments, forcing some students to drive to a relative’s house to get online or find a Wi-Fi hotspot they could access with their smartphone.

Before she found another internet provider, Hollman had trouble with Zoom calls while working from her home northwest of Gibbon, an area that also lacks cell reception. Obermier, who lives south of Aurora, continues to deal with his unstable internet.

“All of this has been a big motivator for us to try to figure out how we can help Nebraska solve this problem,” added Obermier, who teaches in the departments of industrial technology and cyber systems.

Obermier has conducted multiple studies analyzing the cost and capacity of internet services in Nebraska.

However, that research, much like the FCC estimates, relied on generalized data that came from the providers themselves.

“For a long time, the service providers have been the only source of this data,” Hollman noted. “There are no checks and balances.”

To fully understand the issue, Obermier and Hollman are taking this research one step further by comparing a customer’s internet package with the actual bandwidth they’re receiving. This data will more accurately depict the deficit experienced by rural residents, agricultural producers, businesses, schools and communities as a whole while assisting regulatory agencies and internet providers working to close the digital divide.

A one-of-a-kind undertaking, the Rural Measures project uses a small device developed by Hollman to measure internet speeds at an individual location. The quantitative throughput (QT) unit – a Raspberry Pi computer – is mailed to each participant along with a power cord and ethernet cable. After the device is installed and activated on the project’s website – RuralMeasures.com – it collects 1,800 bandwidth readings over seven days.

“It literally runs around the clock,” Obermier said. “We wanted to capture something of high statistical significance.” 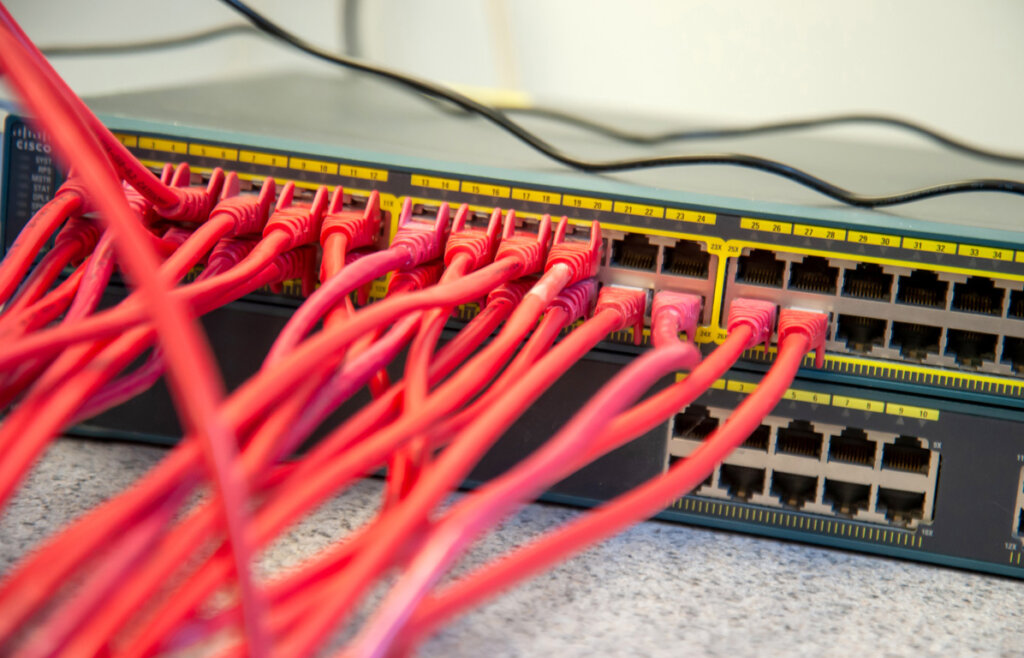 These readings give the UNK research team a detailed look at each participant’s internet speeds. These can be compared with the speeds their provider promises and analyzed to determine whether there are differences between peak and nonpeak hours.

The project also includes a survey component designed to determine how the internet, or lack thereof, impacts someone’s quality of life. For instance, could they effectively start a business, access remote education or telehealth services or trade commodities online?

“Taking that hard data and matching it with the social science data is something nobody else is doing across the nation. And it’s actually something that’s needed,” Hollman said.

Still in its “pilot phase,” the Rural Measures project has been slowed by the COVID-19 pandemic, which impacted distribution of the QT units. So far, about 85 locations in roughly 70 counties, mostly residences and a few businesses, have been tested. Much of that work was completed last summer through a collaboration with Nebraska Extension.

“The trend that we’re starting to see is the farther you move away from a populated area, the lower your internet speed gets,” Hollman noted.

Along with residences, businesses and schools, precision agriculture is another area of interest for the researchers.

Many ag operations already have “massive” data needs, according to Obermier, whether they’re adjusting an irrigation pivot on a smartphone, mapping crop yields from the cab of a combine or using high-tech ear tags to monitor the health of their livestock.

“If you look down the road at what these farmers are going to need 10 years from now, we’re not even close to that,” said Obermier. He believes “broadband in the field” will become the norm.

The ultimate goal of the Rural Measures project is to “visualize” the digital divide, giving regulatory agencies and internet providers a clearer picture of where broadband infrastructure needs to improve.

It’s a topic receiving both state and national attention.

Obermier and Hollman have presented their project to FCC subcommittees, the Nebraska Information Technology Commission and Nebraska Telecommunications Association, economic development districts and state Sen. Wendy DeBoer of Bennington, who serves on the Legislature’s Transportation and Telecommunications Committee.

There’s also interest from internet providers that could use the UNK research to satisfy reporting requirements tied to federal funding awarded to companies to expand broadband services.

“They’re receiving thousands of dollars to roll out networks and now the government is asking them to verify that their networks work,” Obermier explained.

Within the University of Nebraska system, the UNK team is partnering with Nebraska Extension’s Community Vitality Initiative, which works with rural communities and resource providers to promote entrepreneurship, recruit new residents, build businesses and engage youth and young adults.

“You can’t have that community vitality unless the broadband is there,” said Hollman, who sees an opportunity for communities to create “digital dashboards” advertising their technology readiness.

“We have an interest in laying that groundwork,” she said.

Hollman believes the Rural Measures project can be a model for broadband mapping across the country.

“The internet isn’t going away,” she said. “We only seem to be needing more of it.” 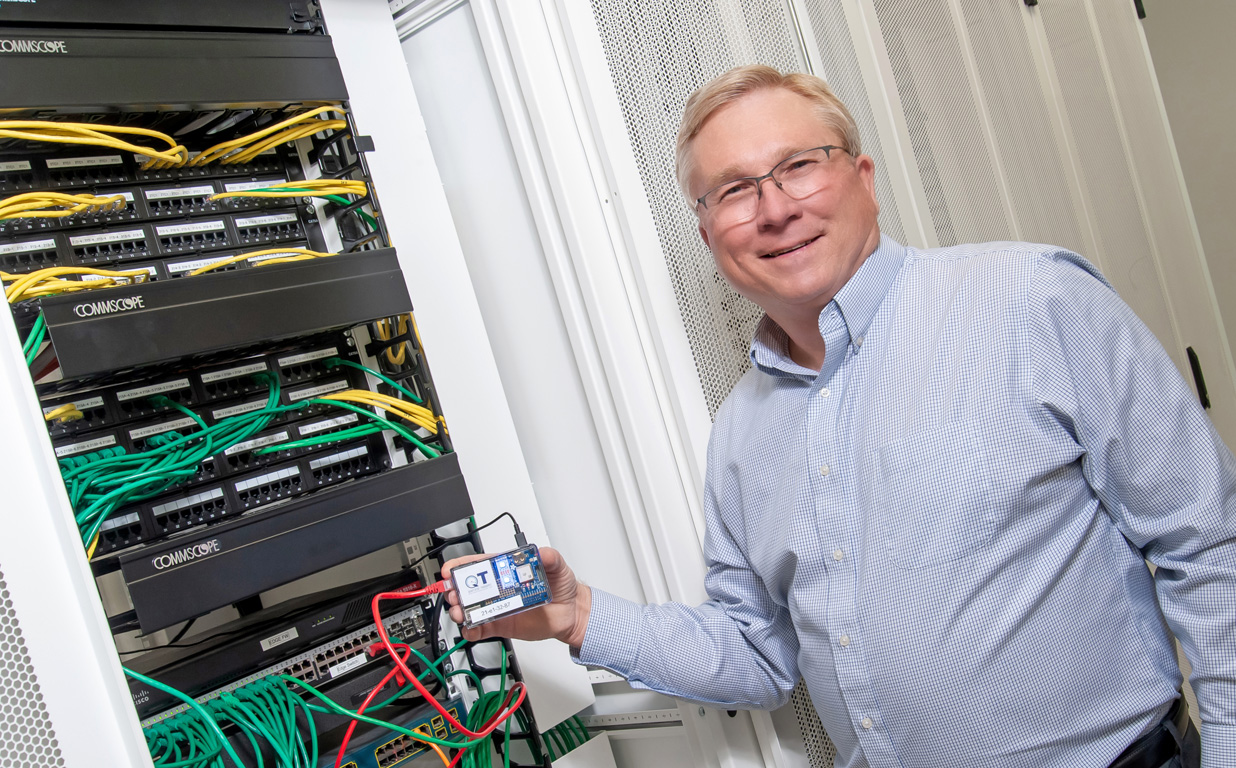 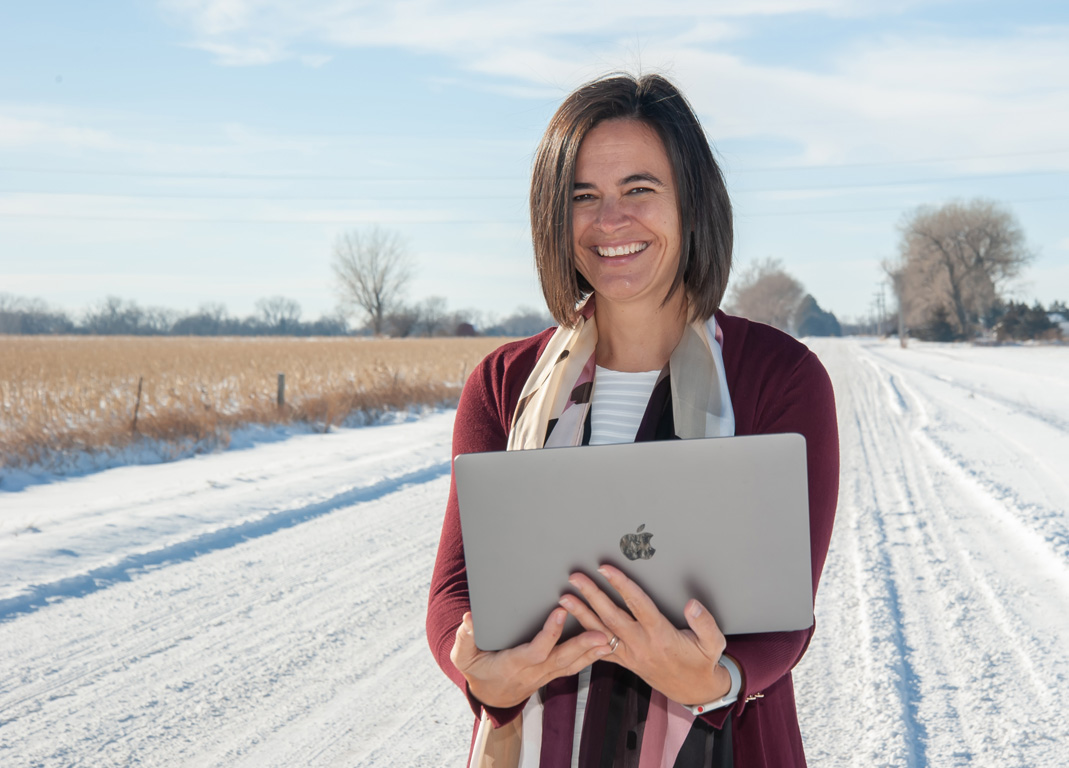