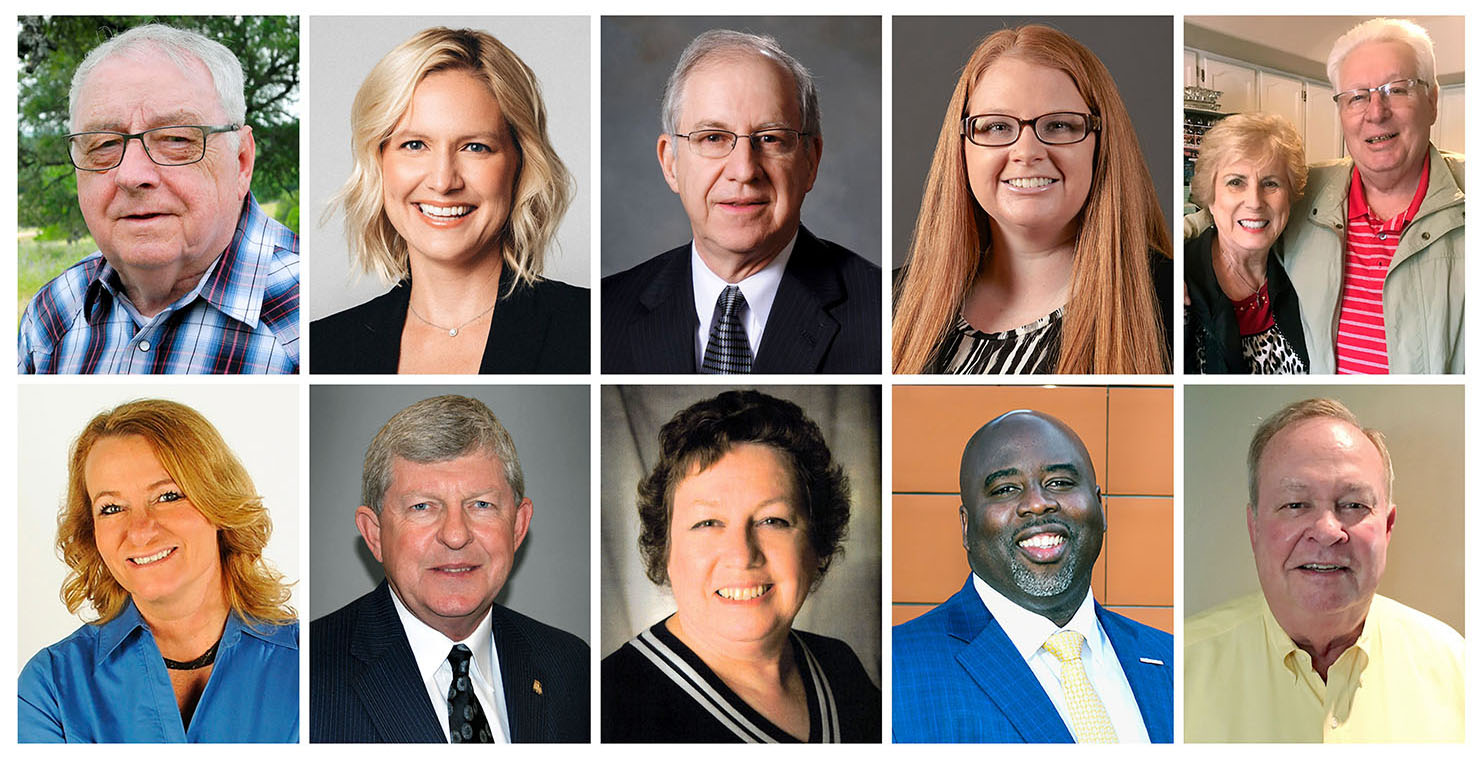 KEARNEY – The University of Nebraska at Kearney Alumni Association has announced 11 alumni award recipients who will be recognized during homecoming festivities Oct. 5-11.

In its 40th year, UNK’s Distinguished Alumni Awards will be presented during a live webinar at 7:30 p.m. Oct. 8 at unkalumni.org/special-events.

The 2020 awards will be presented to the following: 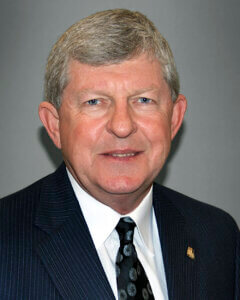 Gaffney built his career in national and international supply chain management for various companies, including Eaton Corp., Clark Equipment Co., Omaha Steel Castings Co. and most recently as vice president of global supply chain and supplier quality for Club Car/Ingersoll Rand in Augusta, Georgia. He retired early from the industry in 2010 and now provides senior executive-level business consulting for global manufacturing companies through his own firm.

He has received numerous awards, including the U.S. Jaycees Outstanding Young Men of America and Chapter Service Award and Silver Knight of Management, both by the National Management Association. Gaffney has been an assistant instructor for Dale Carnegie courses in Cleveland, Ohio, an instructor for Junior Achievement programs and a visiting professor for the University of Nebraska at Omaha and Augusta State University in Augusta, Georgia.

Gaffney volunteers his time through local civic groups, his church and government agencies, and he is an advocate for people with developmental disabilities, especially autism.

Mary (Kuk) Rosenthal of Omaha is the owner of Rosenthal Consulting and a Realtor with NP Dodge. 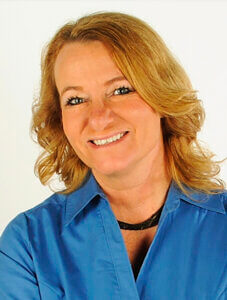 She has most recently been involved with assisting those in need during the COVID-19 pandemic, including delivering thousands of bottles of hand sanitizer made at local distilleries to Omaha-area police, fire and medical facilities, as well as delivering meals and food to Omaha police officers and the Omaha Fire Union.

Through her career and service, Rosenthal has earned several awards, including NP Dodge Real Estate Phil Dodge Award for Service Over Self, First Responders Foundation Board Member of the Year and special recognition from the Omaha Fire Union, and she served as keynote speaker for the 2019 Police Memorial Week candlelight vigil.

Rosenthal is an Omaha native and Millard South High School graduate. She earned degrees in computer science and business administration from Kearney State College in 1988. She also has an MBA from Western International University.

Alan L. Smith of Fredericksburg, Texas, enjoyed a successful career as an environmental consultant until his retirement in 2007. 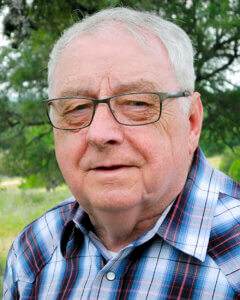 A Bartley native and Bartley High School graduate, Smith received an associate degree from McCook Community College before earning his education degree, majoring in biology and minoring in physical science, from Kearney State College in 1964. He went on to earn a master’s degree with a major in botany and a zoology minor from the University of Nebraska-Lincoln and a Ph.D. in plant ecology from Texas A&M University.

Robert Whitehouse of Papillion enjoyed a 47-year career in the Omaha Public Schools system as a teacher, coach, athletic director and principal. 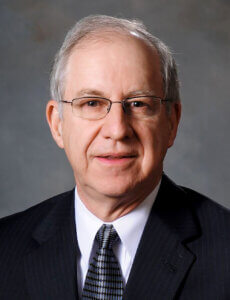 Lanny Jorgensen and Panda Jean Vest of Oro Valley, Arizona, are the recipients of the service award. 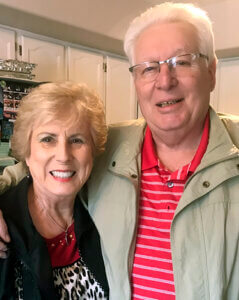 Jorgensen is retired after a long career as a loan appraiser. He worked in downtown development in Lincoln; Racine, Wisconsin; and Greenville, South Carolina; and affordable housing development in Tucson, Arizona.

Vest was a real estate broker for 40 years and is now a semi-retired Realtor with her own company, Sun Properties Inc.

They have been longtime volunteers for the UNK Alumni Association, hosting numerous alumni gatherings in their home in Arizona, with Jorgensen serving on the association’s board of directors.

Brooke McGee of the Washington, D.C., metro area is an attorney adviser at the U.S. Department of Justice, Executive Office for Immigration Review, Arlington Immigration Court.

She began her legal career after being selected as a judicial law clerk through the Attorney General’s Honors Program. McGee is a member of the District of Columbia Bar.

While in law school, McGee was editor for the George Mason University School of Law Civil Rights Law Journal, and her legal comment was published in the journal. She was also president of the Immigration Law Society and a member of the Virginia Bar Association Pro Bono Society and Women’s Law Association. In those roles, McGee assembled a symposium regarding family detention of immigrants, coordinated a pro bono clinic for immigrant children and organized a supplies drive for a women’s domestic violence shelter. She also interned with the U.S. Department of Justice and U.S. Department of Homeland Security.

Crowther is president and CEO of The Crowther Group. The firm has been awarded projects with Fortune 500 enterprises that include AT&T, Target, Coremark, PNC Bank and Dallas County’s largest health care system. Crowther grew his business while serving his community as an industry partner for the Dallas Independent School District and Dallas County Community College District Pathways to Technology Early College High School Program.

He serves on the Dallas Regional Chamber Board of Directors; Rotary Club of Dallas Foundation Board of Trustees; DFW Minority Supplier Development Council Board of Directors; After School, All Stars – North Texas Board of Directors; Dallas Independent School District Superintendent’s Business/Community advisory board; and as a Goldman Sachs 10,000 Small Business Alumni member.

Crowther graduated from Hawksbill High School in Freeport, Bahamas, and earned a degree in construction management from UNK in 1998. He is continuing his executive education through Dartmouth College’s Tuck School of Business.

Patricia Timm – College of Education Distinguished Educator of the Year

Patricia (Morrison) Timm of Beatrice has dedicated her career to the education of children. 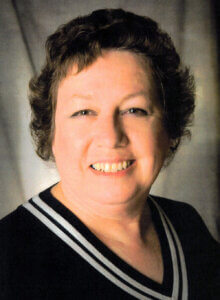 Timm’s efforts have been recognized with the Beatrice Community Volunteer of the Year Award, 2018 National Association of State Boards of Education Distinguished Service Award and 2019 Beatrice Education Foundation’s Friend of Education Award.

Timm, a Callaway High School graduate, earned her degree from Kearney State College in 1969 with an elementary education major and art minor.

Emily Balcetis of New York City is an associate professor of psychology at New York University and has authored more than 70 scientific publications. 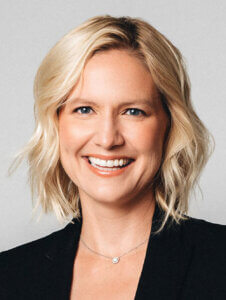 Her book, “Clearer, Closer, Better: How Successful People See the World,” uncovers how the motivations and emotions people hold impact the ways they perceive, interpret and react to information around them. Her research represents an intersection among social psychology, judgment and decision-making, social cognition and perception. Balcetis has received several awards for her research, including ones from the Federation of Association of Brain and Behavior Scientists, International Society for Self and Identity, Foundation for Personality and Social Psychology and Society for Experimental Social Psychology. Her research has been supported by several large grants from the National Science Foundation and has been featured in dozens of TV, radio and print outlets across the world. She is also the recipient of the Golden Dozen NYU Teaching Award and Cornell’s Clark Distinguished Teaching Award.

Balcetis has appeared as a host for National Geographic and as a guest on MSNBC, and she delivered a TEDx New York talk.

An Omaha native and Millard North High School graduate, Balcetis earned a bachelor’s degree with a double major in music performance and psychology from UNK in 2001. A Regents Scholar at UNK, she was involved with the Pride of the Plains Marching Band, concert band, Jazz/Rock Ensemble and a saxophone quartet. She earned her Ph.D. in social psychology from Cornell University, where she held a Sage Fellowship.

Terry Peterson of Omaha is owner and president of Omaha Track.

Peterson enjoyed a successful 10-year career in the food and beverage industry prior to purchasing the Tie Yard of Omaha in 1983. The Tie Yard was a small landscape company selling railroad ties. Once purchased by Peterson, that business quickly evolved and became Omaha Track Inc., a full-service supplier and vendor to Class I and short-line railroads across the United States. Today, Omaha Track has more than 400 employees, including mobile crews, and facilities in nine states.

Peterson is a Kearney High School graduate and received his degree in business administration from Kearney State College in 1975.