UNK’s Office of Student Diversity and Inclusion collaborated with Community Action Partnership of Mid-Nebraska and Cash-Wa Distributing to host a food giveaway on campus.

More than 340 students, and some faculty and staff, received fresh produce, dairy and meat at the event, which was part of the U.S. Department of Agriculture’s Farmers to Families Food Box Program. Community Action Partnership of Mid-Nebraska reached out to UNK to organize Monday’s event. 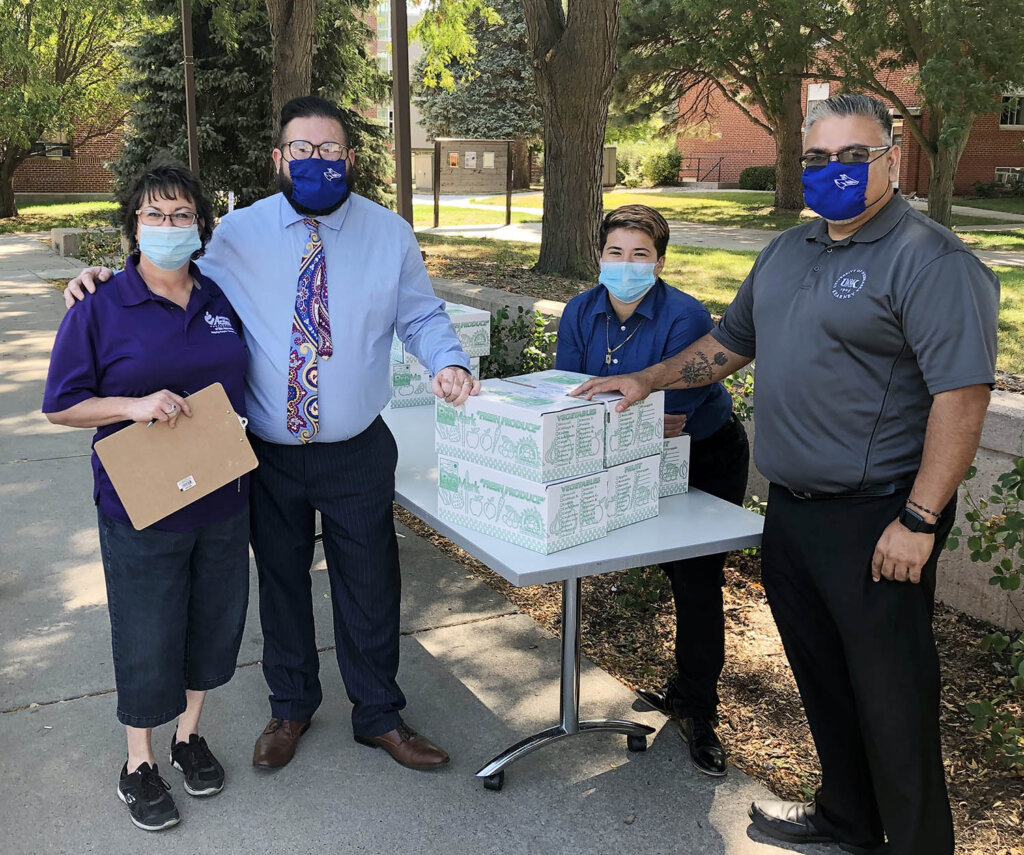 A Cash-Wa semitrailer delivered eight pallets of food to the parking lot east of the Nebraskan Student Union, where items were distributed in 10-pound boxes. Each student received about 30 pounds of food, and more than 10,000 pounds total were handed out.

Luis Olivas, diversity and gender initiatives coordinator with the Office of Student Diversity and Inclusion, said the food giveaway supports a mission of eradicating hunger on campus and in the community.

Launched in May, the Farmers to Families Program has delivered nearly 80 million food boxes to people in need. The program also supports U.S. agricultural producers and distributors whose workforces have been significantly impacted by the closure of restaurants, hotels and other food service businesses. After the USDA purchases the food, distributors package the products into family-sized boxes, then transports them to food banks and other nonprofit organizations that serve communities during the COVID-19 crisis.

“We’re extremely grateful for this partnership and I hope in the near future we’re able to do something like this again,” Olivas said of the effort.

UNK students and employees are also able to access food and personal hygiene products through the on-campus food pantry. Formerly known as Big Blue Cupboard, the Loper Pantry is located in the Office of Student Diversity and Inclusion on the first floor of the Nebraskan Student Union. It’s available from 6:30 a.m. to 11 p.m. Mondays through Fridays and 8:30 a.m. to 11 p.m. Saturdays and Sundays for anyone with a UNK ID. The service is free and confidential. 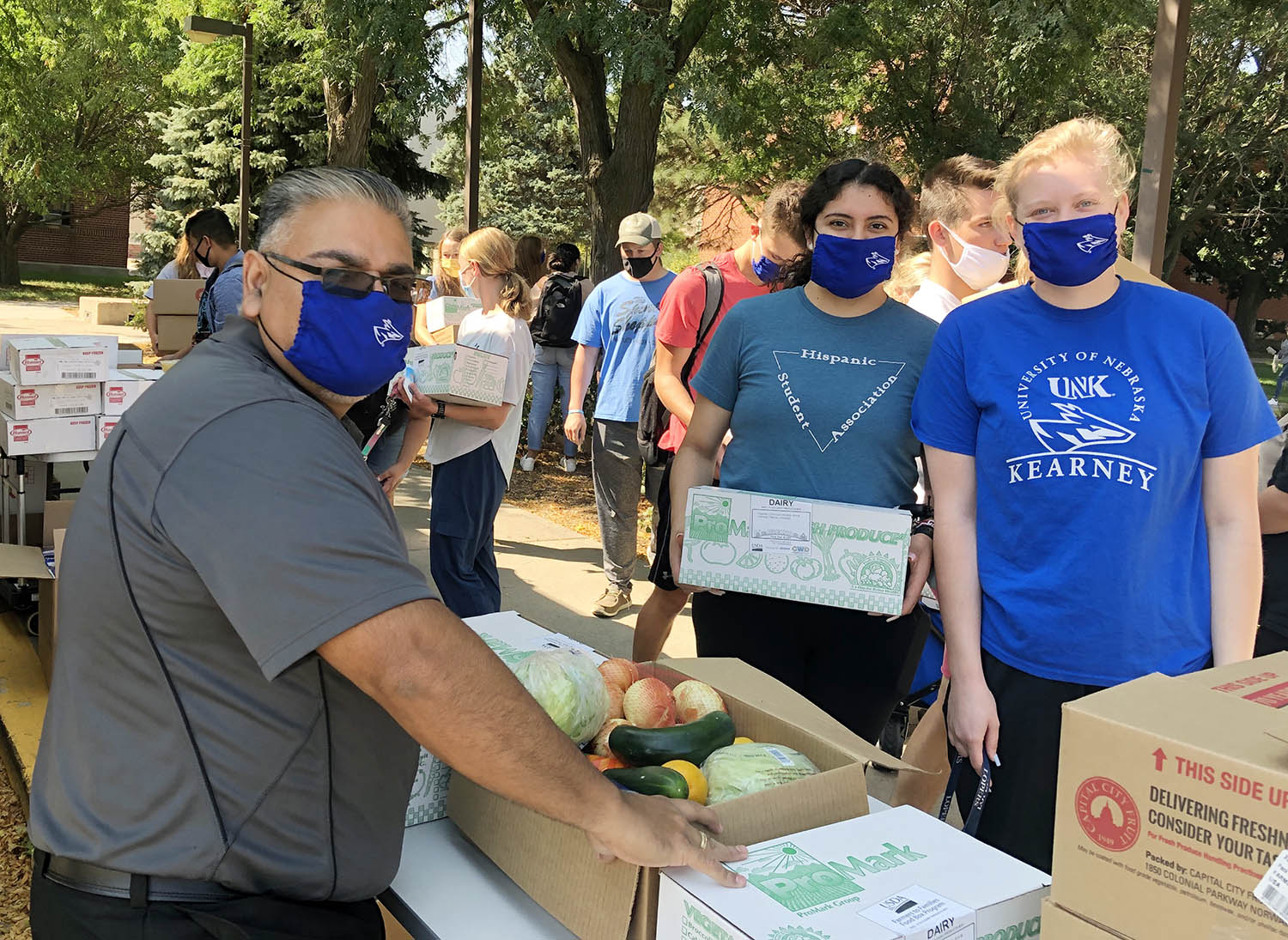