The vast majority of those pieces are tucked inside the cabinet, where a series of felt-covered hammers and tightly wound metal strings produce the instrument’s distinctive sound.

It takes a skilled professional to keep such an elaborate apparatus in perfect harmony.

“The more you learn about piano tuning, the more it unfolds in front of you,” Mick Johnson said. “I’ve been at it almost 25 years now, and I’m still learning new things.”

Johnson, the piano technician at the University of Nebraska at Kearney, plays an important part in the department of music, theatre and dance. It’s his job to care for the approximately 55 pianos on campus – plus one at the Museum of Nebraska Art in downtown Kearney – ensuring the instruments are in tip-top condition for rehearsals and performances.

The 51-year-old says tuning a piano is “just like solving a puzzle.”

Most modern pianos have around 230 strings that must be carefully adjusted to keep the instrument in tune. When regulating the touch of a piano, there are more than 35 individual adjustments for each key, all of which are interrelated.

“If even one of those adjustments gets messed up, it becomes very obvious in how the piano feels and responds,” Johnson said.

To make the process even more challenging, Johnson chooses to tune each piano aurally, with assistance from an electronic device.

“Aural and electronic tuning both have their merit, but there is a level of refinement that can only be achieved with the trained ear,” he said. 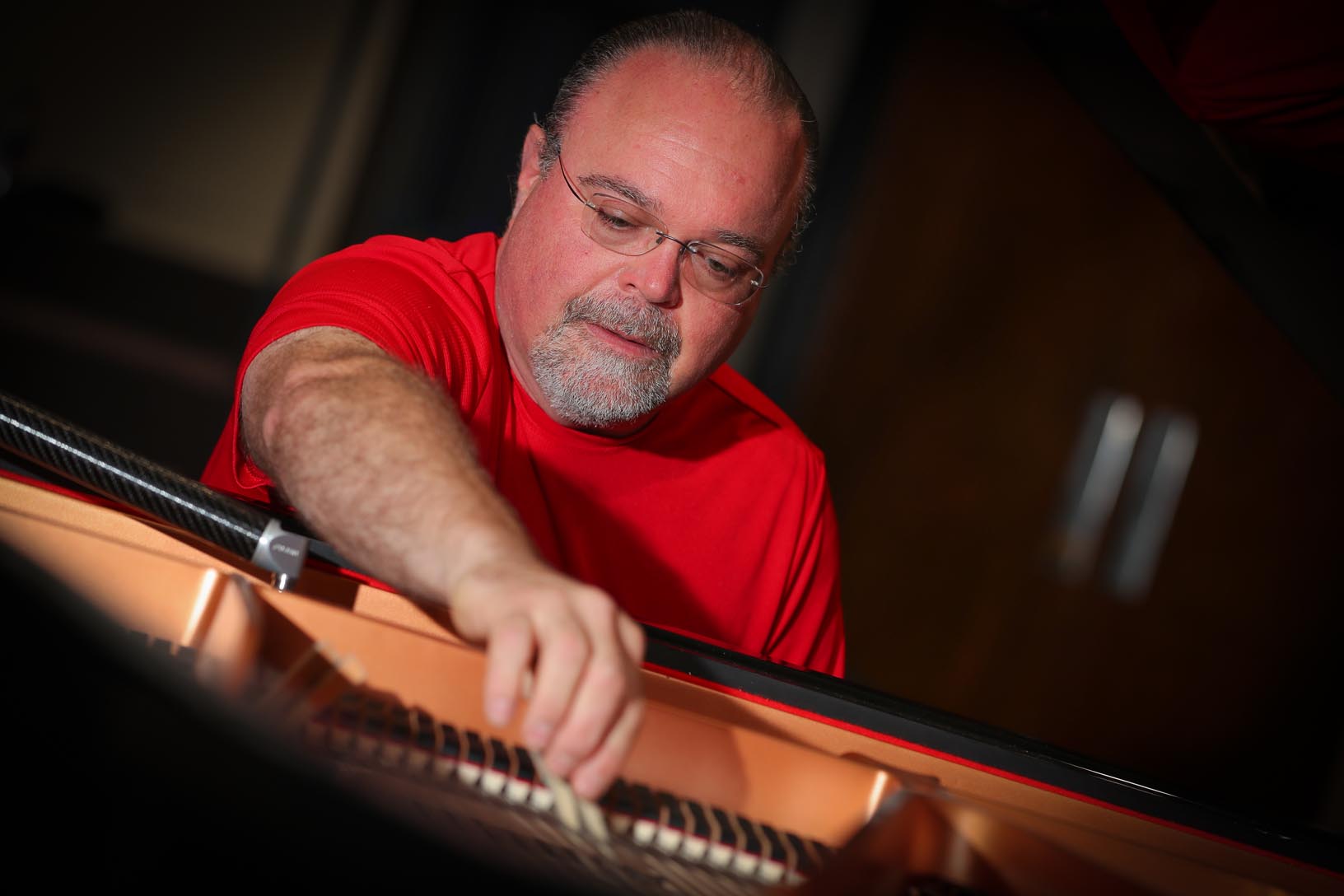 Johnson, who can tune a piano in about an hour, has an extensive musical background to lean on.

“When I was around 4 or 5, my folks would put on records and I could figure out the chord progressions by ear,” he said.

The North Platte native started playing the drums in elementary school and continued to pursue his passion after enrolling at UNK (then Kearney State College).

In addition to performing with the college’s Pride of the Plains Marching Band and Jazz/Rock Ensemble, Johnson and a few buddies formed their own rock band, The Untold. The band members, all music majors, took classes together and lived in the same off-campus apartment.

“We spent our college years playing every weekend,” Johnson said.

They even had their own tour bus, an old 88-passenger school bus that made countless trips to gigs across Nebraska, Kansas and eastern Colorado.

“That’s how we paid our bills,” Johnson said. “Believe it or not, we made pretty decent money as a rock band in Nebraska.” 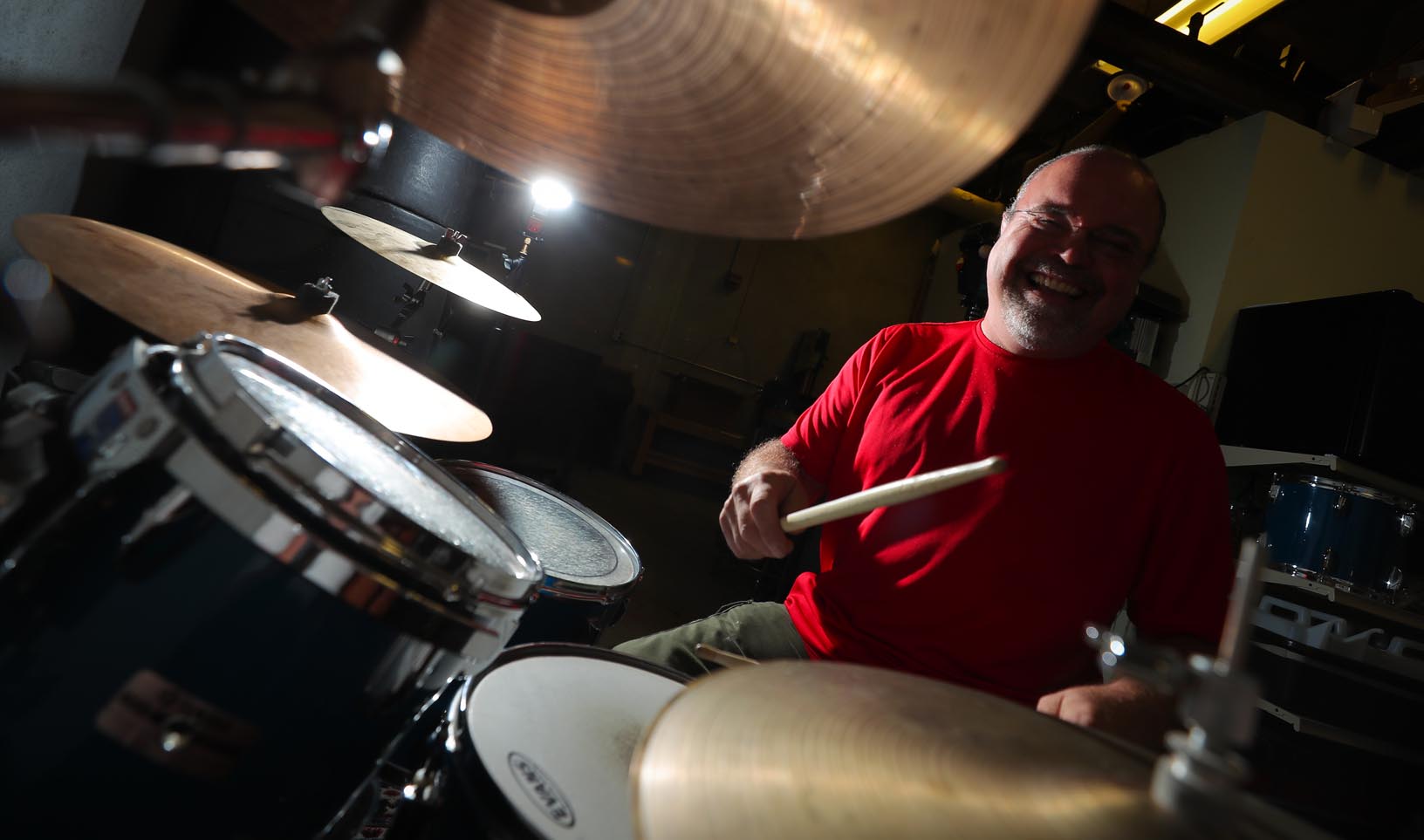 After graduating in 1991 with a degree in music business, Johnson traveled the country as a professional musician before returning to Kearney in 1995. That’s when he met Wes Hird, who held Johnson’s current job for 23 years.

“I heard through the grapevine that Wes was looking to take somebody on to train because he had to go in for heart surgery,” Johnson explained.

The rocker with hair extending to the middle of his back called the clean-cut piano technician and they instantly hit it off.

“Wes and I became great friends,” Johnson said. “He was very generous with his time and knowledge and I’m forever in his debt.”

A few months after Hird took Johnson under his wing, the apprentice left his full-time job at Yandas Music to devote more time to piano tuning, maintenance and repair. Within a year, he had his own business, Action Piano Services.

“I found the work to be fascinating and I took to it real easily,” Johnson said. “I never looked back from there.”

A registered piano technician with the Piano Technicians Guild, Johnson works with a variety of clients through his business. He’s tuned pianos at private residences, schools and churches, as well as Nebraska Wesleyan University and Hastings College, and he completes full restorations and rebuilds at his home shop. 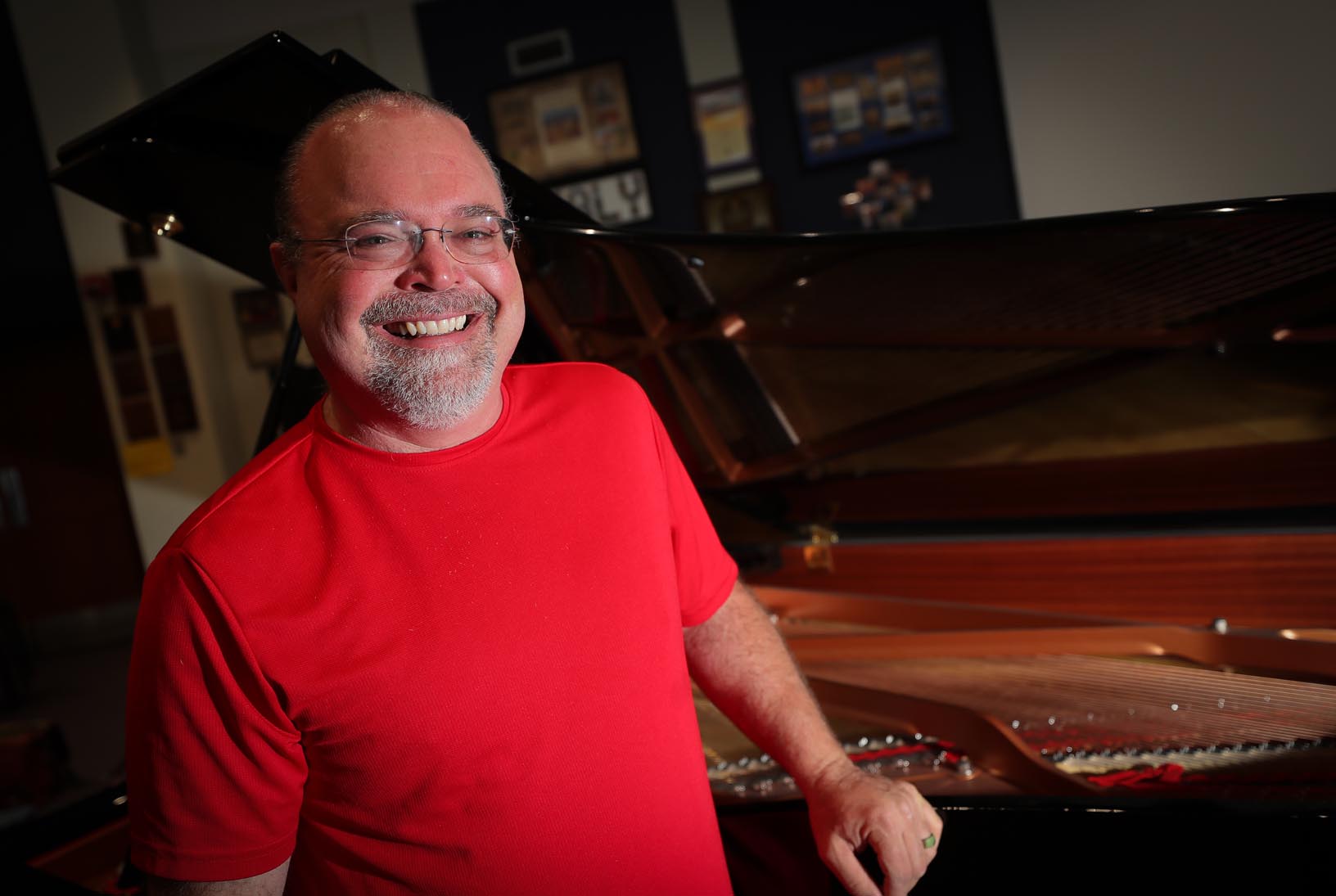 When Hird retired, Johnson followed in his mentor’s footsteps by joining the UNK staff in 2007.

“It just seemed like a good fit for me,” Johnson said. “It’s a great job. I like this town. And I have fond memories of this school. Some of the best times of my life revolve around my days here at UNK.”

Johnson also enjoys his time on the stage.

After a seven-year hiatus, he resurrected his music career in 2014 when he joined Blackberry Winter, a classic rock band formed in the early 1970s at Kearney State College. The guitarist, percussionist and vocalist is a member of the spin-off groups Blue Plate Special and the dB Duo, as well.

In his free time, you’ll find the piano technician and musician at various performances on campus, but he admits his career has “ruined” him as an audience member.

“Most of the time I can’t sit there and just listen to the music and simply enjoy it,” Johnson said. “I’m listening through the performance, into the mechanics of the instrument. Sometimes that’s a little annoying.”

It’s also what makes him so good at his job. 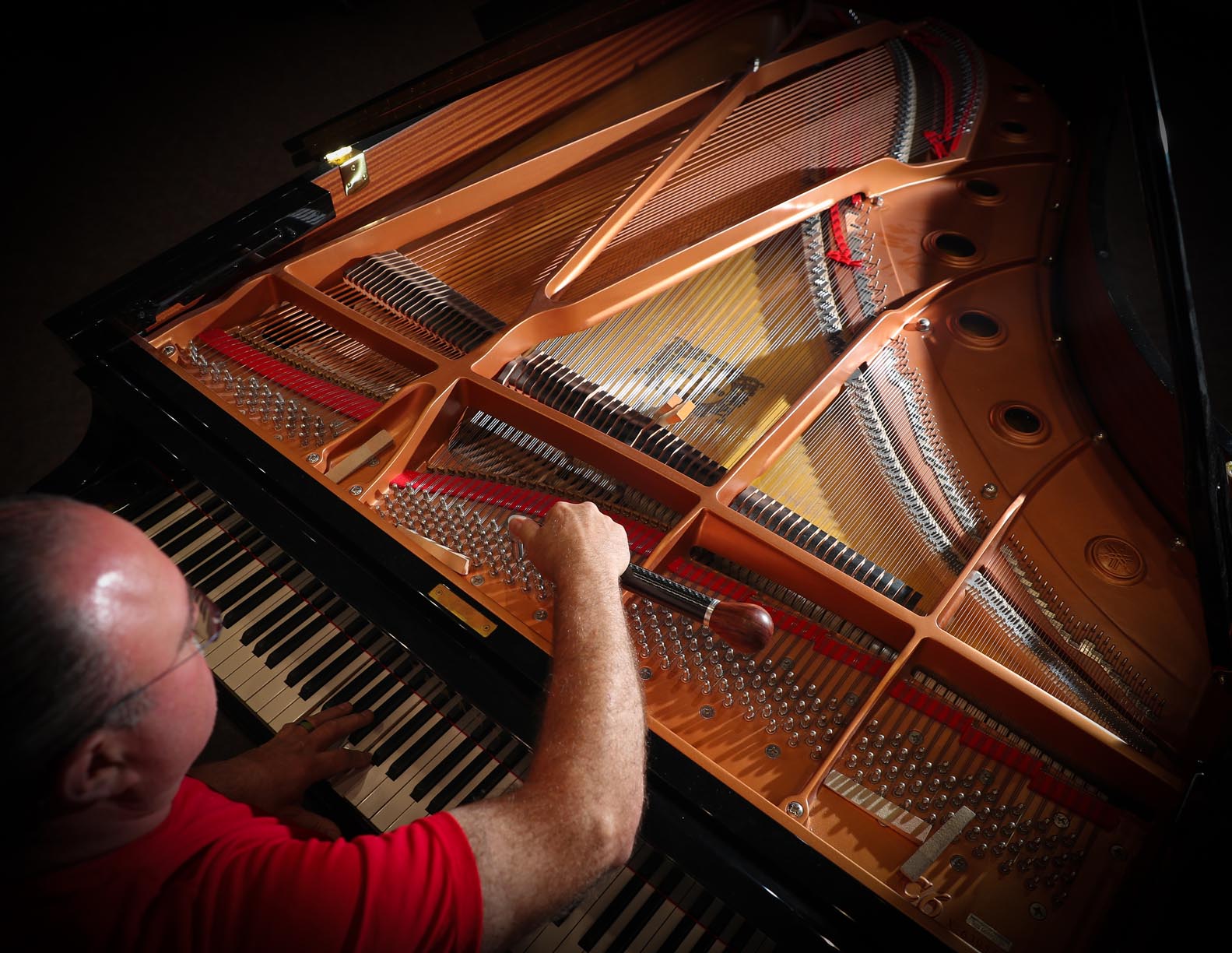