That’s how long a Minneapolis police officer pressed his knee against George Floyd’s neck as Floyd gasped for air and eventually stopped breathing.

The May 25 incident – another fatal interaction between law enforcement and an unarmed black citizen – sparked a wave of protests across the country and a renewed call to end racism, inequality and police brutality.

On Thursday – 10 days after Floyd’s death – University of Nebraska at Kearney students, staff and faculty and Kearney community members came together in solidarity to reflect on these issues and show their support for those suffering from prejudice and violence. 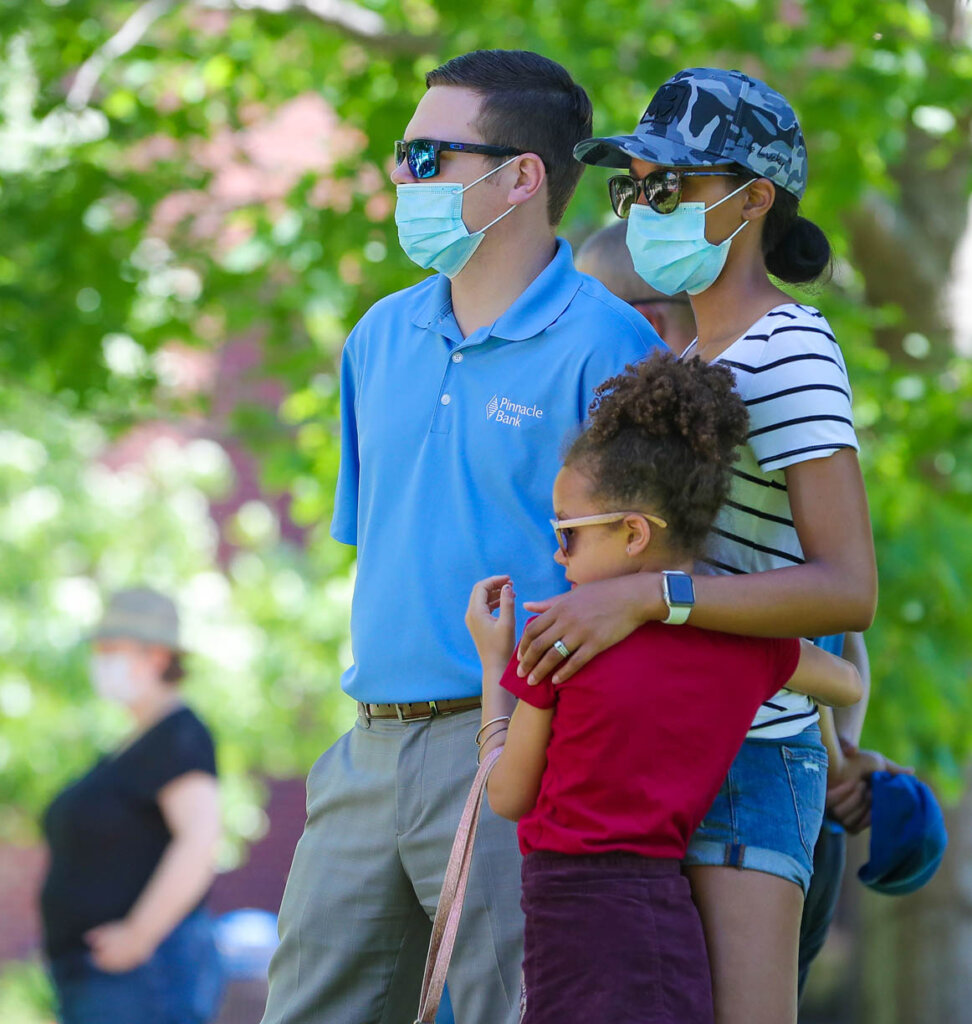 For 8 minutes and 46 seconds, the group of roughly 300 people stood silently around the Bell Tower on campus. Many bowed their heads, some held hands, and they all thought about Floyd, countless other black people facing social injustices and ways to improve the world we live in.

“As human beings, we have to stand strong – for 8 minutes and 46 seconds or longer – to make sure justice is served,” said Toni Hill, an associate professor in UNK’s Department of Family Studies and director of the early childhood and family advocacy program.

Wearing a black T-shirt with the message “Hate Will Never Win” printed across the front, Hill said Thursday’s event was important because it brought people from different backgrounds together to work toward a common goal.

“That’s the only way we’re going to win this injustice is to make sure we all stand in a united front,” she said.

Johnny Collins, a UNK student from Chicago, attended the moment of silence to “bring awareness to the systemic oppression people of color have faced for the past 400 years.”

The soon-to-be junior is a member of the Loper football and men’s track and field teams, as well as the UNK Black Student Association.

“Considering this is a mainly white community, seeing a gathering like this for the Black Lives Matter movement means a lot to me,” he said. “It’s good to see everybody standing in unity for something we’ve been trying to open people’s eyes and minds to.”

As a Mexican American, UNK student Adrian Gomez Ramos has also experienced racism and discrimination. The Lexington native said now is the time to fix a system that’s “been broken for far too long.”

“We need to show our black students that they matter, that we see them, that we support them and that we want to do better by them,” said Gomez Ramos, a member of the UNK Student Government Executive Cabinet. “We need to do better and we need to do more to make sure every student feels like they belong here.”

“We care about all of our students, especially during these difficult times. It’s important to let people know we’re there for them and we want positive change as much as they do,” said Beal, who stressed the importance of open dialogue to enact this change. 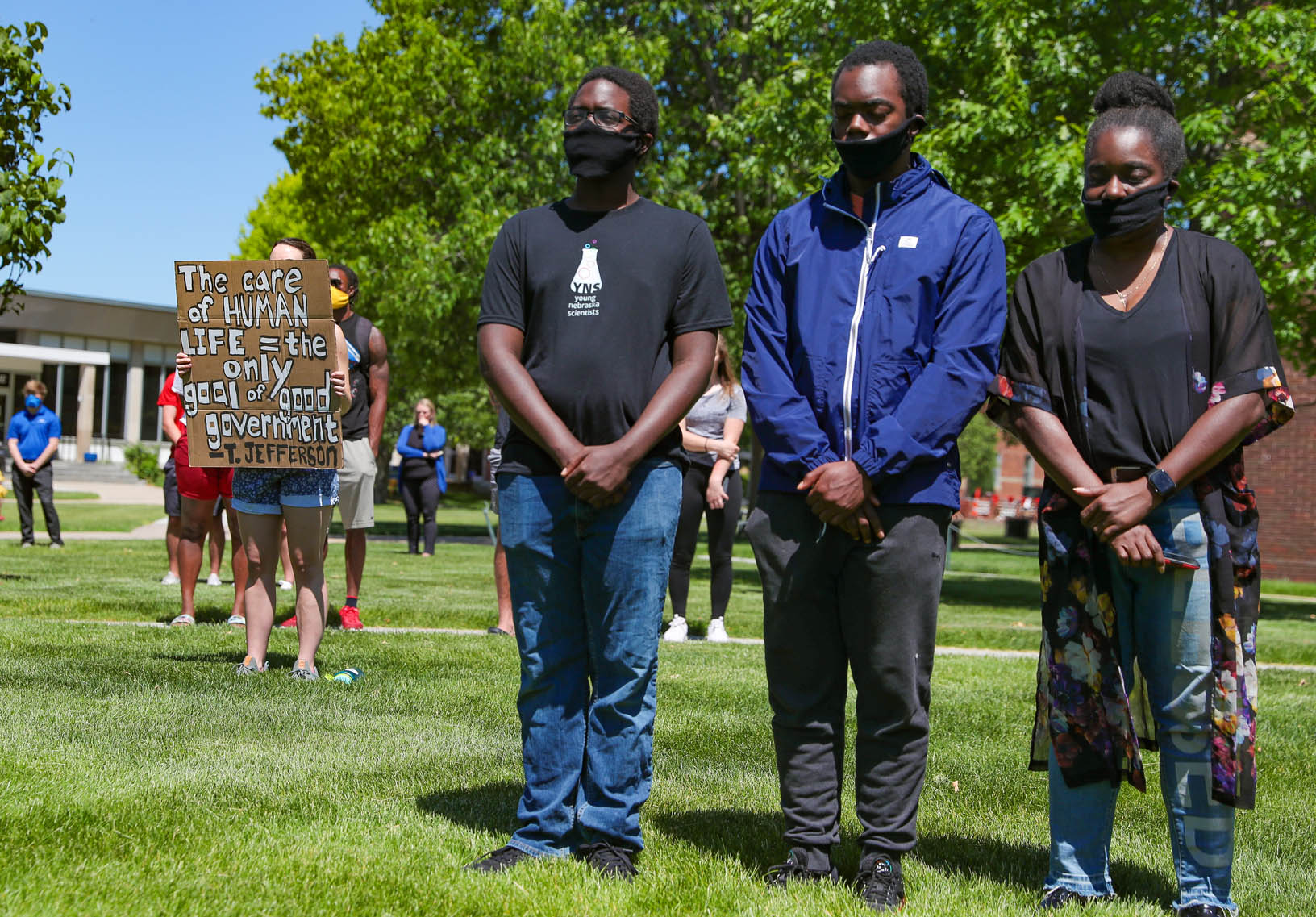 Thursday’s event was organized by the UNK Deans Council, which sent an email to faculty, staff and students earlier in the week expressing its support for social reform.

“We believe that we, as an institution of higher learning, have an integral opportunity to redouble our efforts toward education, learning, discovery and fostering critical thinking,” the email stated. “It is through these discussions that we are able to engage, understand and work to end this unacceptable racism, inequality and fear in the country.”

The Deans Council also called on faculty to meaningfully address these topics in their classrooms, a move Hill fully supports.

“It’s critical to our mission to educate,” she said. “We have a role and a responsibility to make sure we’re educating students, staff, faculty and the larger community about things like murder and justice and the systemic changes that must occur.”

The day after Floyd’s death, four Minneapolis police officers at the scene were fired from their jobs. They all face criminal charges.

Hill believes that’s a step in the right direction.

“I want people to know there is hope,” she said. “We are making progress. We just need to speed it up.” 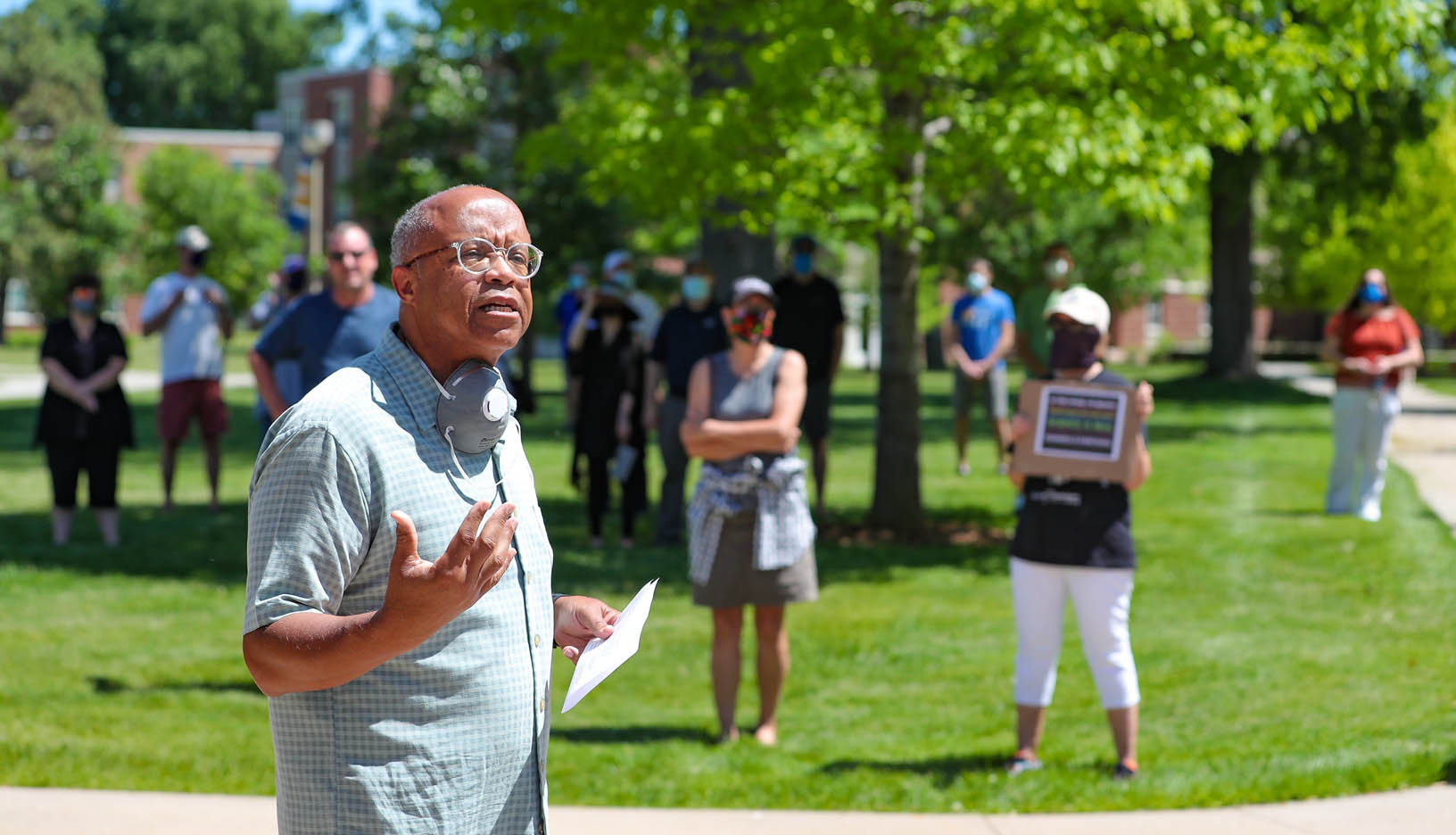 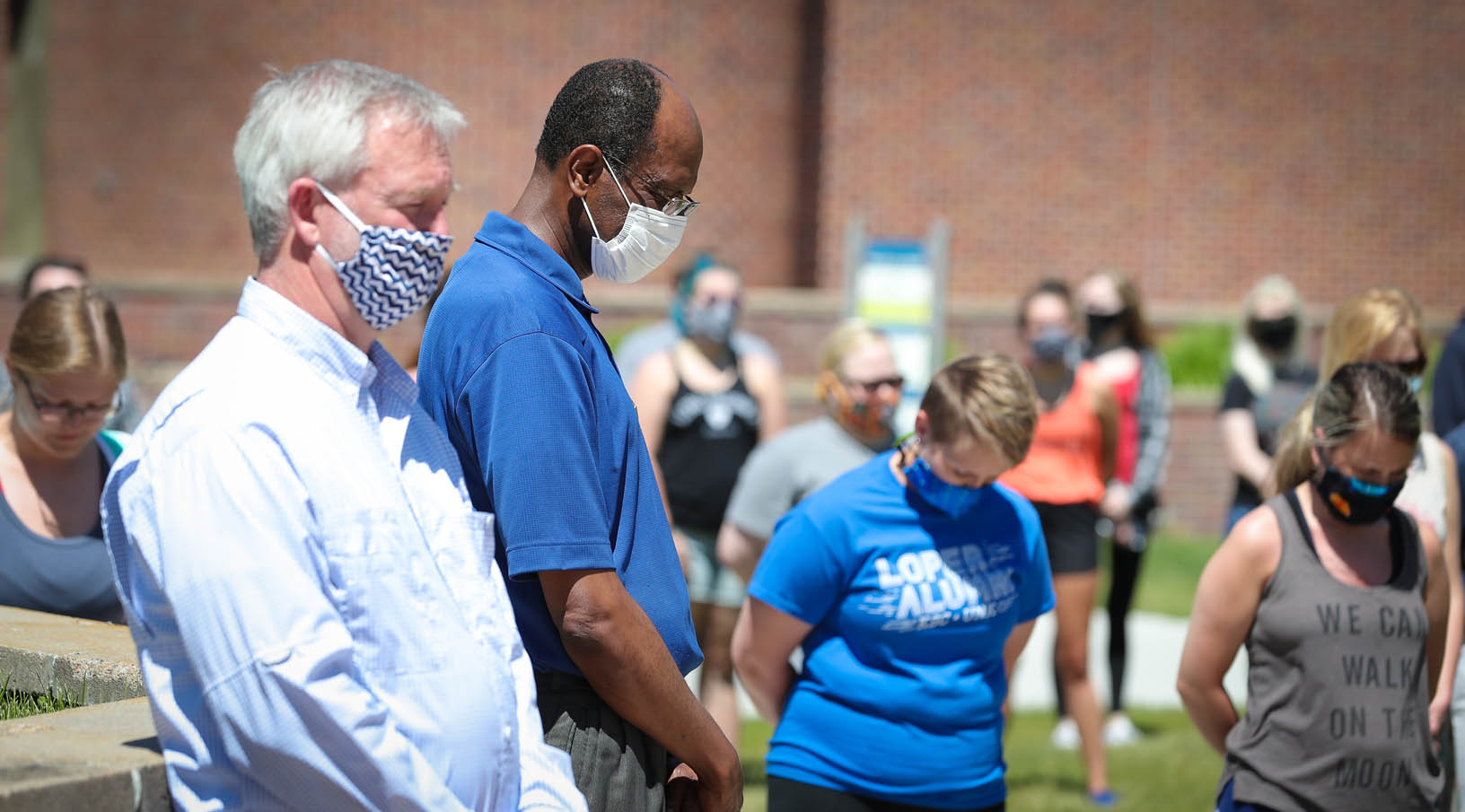