KEARNEY – Nate Pierce had a roller-coaster career at the University of Nebraska at Kearney.

“It wasn’t perfect,” the senior runner admits. “I definitely had a fair amount of setbacks.”

A graduate of Lincoln North Star High School, Pierce battled injuries throughout his four years on the Loper track and cross country teams.

That experience taught him humility and patience, he said.

Pierce’s perseverance paid off, especially during the most recent indoor track season.

“I think he was just happy to be able to race,” Bonsall said. “It’s amazing how well you can do when you race without a fear of failure or disappointment and just get back to enjoying competition.”

On Day 2 of the event, Pierce ran the anchor leg for the distance medley relay team that posted a time of 9 minutes, 55.17 seconds to take first place and set a new meet record. The relay team, which featured Pierce, Seth Simonson, Luke Stuckey and Jeron Tuttle, also set a school record with the performance, besting a mark of 9:55.70 recorded earlier in the season by Pierce, Simonson, Max Lindgren and Cole Willis.

The following day, Pierce ran a career-best time of 4:10.75 in the mile to finish fifth at the MIAA Championships. That time is also fifth-best in school history.

UNK’s distance medley team missed qualifying for the NCAA Division II Indoor Track and Field Championships by three-hundredths of a second and Pierce was three spots away from qualifying in the mile.

It was disappointing and encouraging at the same time.

“He was really motivated for the outdoor season,” Bonsall said.

Less than two weeks later, Pierce’s collegiate career was over.

On March 12, the day before the Division II Indoor Track and Field Championships were scheduled to begin, the NCAA announced its decision to cancel all remaining winter and spring championships because of the coronavirus pandemic.

“I just kept thinking to myself, what do I do now?” he said. “I’d been thinking about this season since last spring. All the running I’d done over the summer, fall and winter, it was all leading up to this final season of outdoor track.

“It hurt that my senior season was taken away from me and there wasn’t anything I could do about it.”

Pierce recognizes the seriousness of the coronavirus outbreak and respects the NCAA’s decision, “but that doesn’t change the disappointment I felt,” he said.

“Knowing I’ll never be an athlete or get to compete with teammates again is definitely disappointing,” he added. “Being an athlete is who I was over the past four years.”

There is at least one silver lining.

Bonsall is quick to note that Pierce’s best performance came during his final competition.

“Not very many athletes can actually say that, and he can,” Bonsall said. “He’ll be a guy who’ll be able to say my last one was my best one.”

Although the NCAA is offering an extra year of eligibility for spring athletes, Pierce won’t pursue the opportunity.

He’s focused on the next chapter in his life.

“I’m moving on to graduate school and preparing for my career as a physical therapist,” he said.

After graduating from UNK on May 8, Pierce will pursue a Doctor of Physical Therapy at Missouri State University, which doesn’t have a men’s track or cross country team.

Academics were an important part of his college experience long before his time on the track ended.

“He’s one of the smartest guys on this campus,” the UNK coach said.

An exercise science major, Pierce maintained a 3.6 GPA while competing in the fall, winter and spring and training year-round. He’s a scholarship athlete and a dean’s list selection whose academic accomplishments have been recognized by the MIAA and U.S. Track and Field and Cross Country Coaches Association.

Pierce also received a full-tuition Board of Regents Scholarship, one of the most prestigious awards granted by the University of Nebraska.

“I take a lot of pride in my grades and my academic achievements,” he said.

In the classroom, Pierce said UNK’s exercise science program has done “a great job of preparing me for the next step.”

“I’ve been really impressed with the program UNK has,” he said. “The faculty and staff are amazing. They’re engaged, they’re passionate and they’re really knowledgeable. I’ve learned a lot because of that.”

The 21-year-old completed an internship at Alpha Rehabilitation in Kearney.

Although Pierce will soon leave UNK and his “best friends” on the Loper track and cross country teams, he’ll always be able to look back at that roller-coaster ride and smile.

“Through it all, I’ve enjoyed every moment of it,” he said. “I’m really glad I came here and I’m thankful for everyone I’ve met along the way. 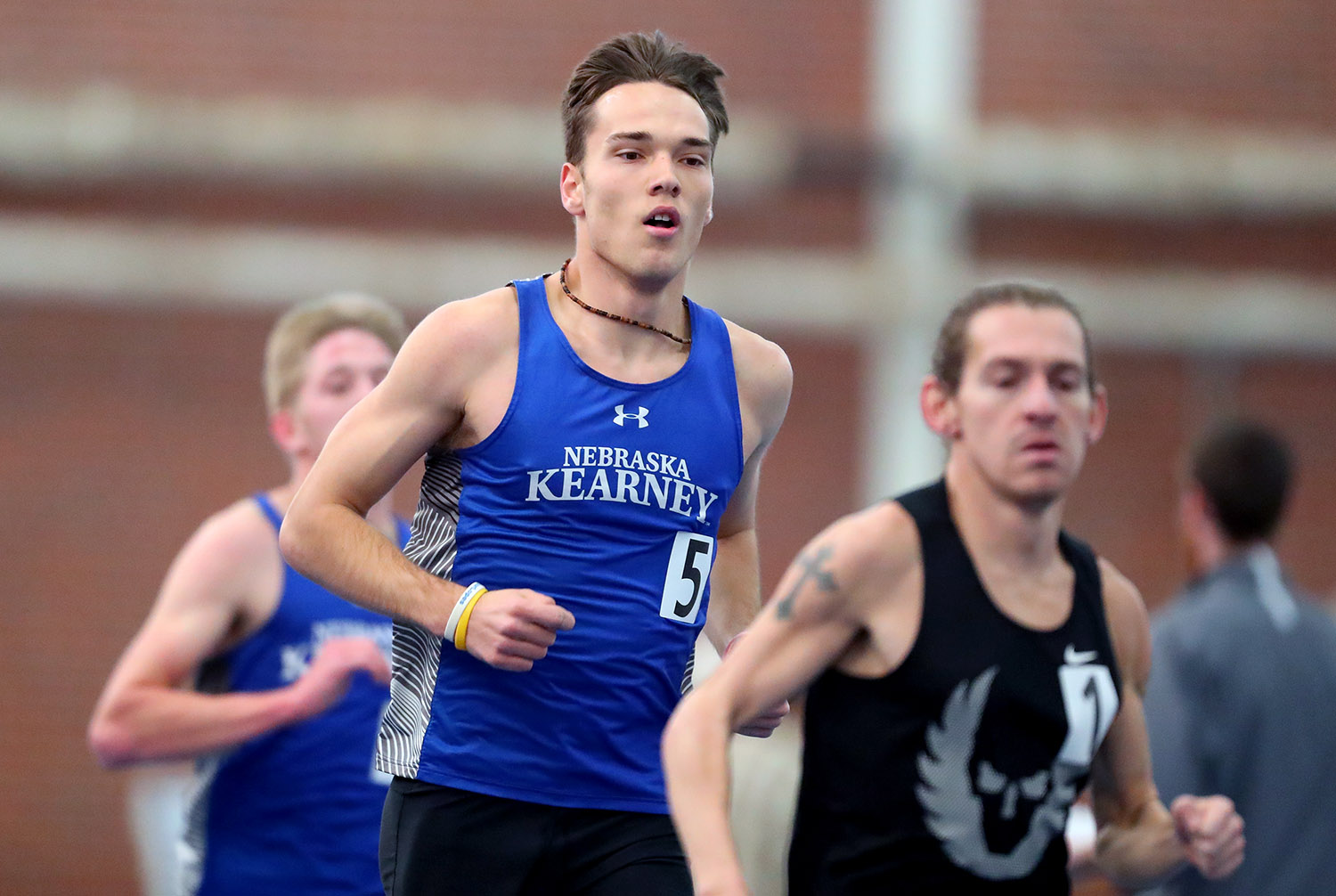