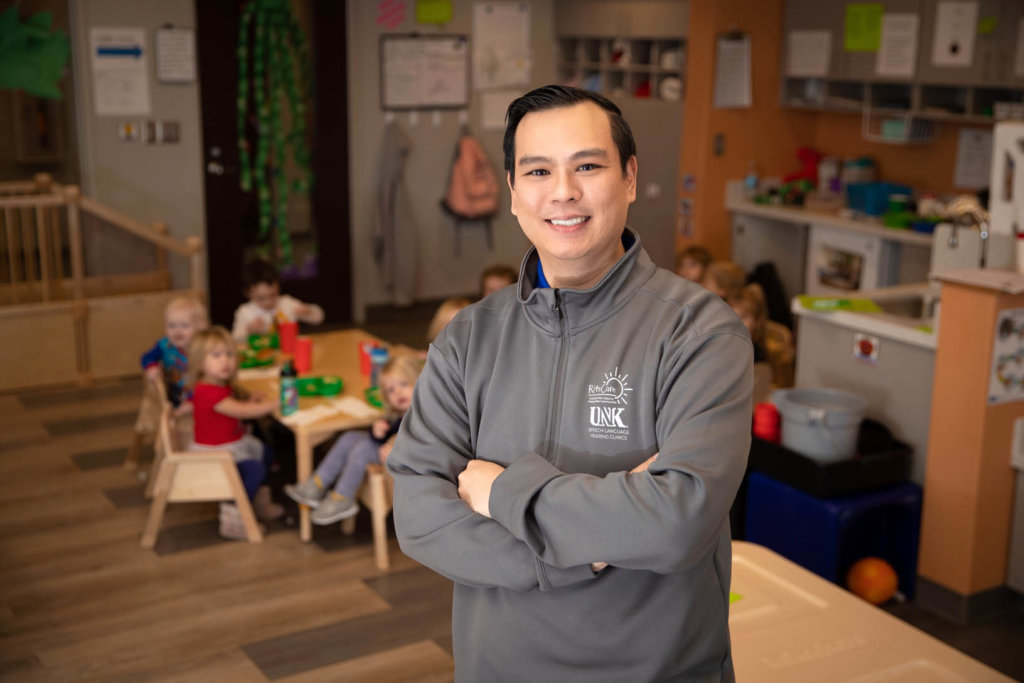 As a young boy, Philip Lai didn’t know much about his older sister’s brain injury.

It’s not something the family discussed.

Sally attended a different elementary school for a couple years and took medication for severe headaches, but Lai wasn’t sure why.

“I really didn’t understand what was going on until around high school,” said Lai, an assistant professor in the University of Nebraska at Kearney’s Department of Communication Disorders.

Sally, who is 16 months older than Lai, suffered a perinatal stroke as a baby, causing damage to the left side of her brain. This impacted her language skills and made the right side of her body weaker than the left.

Now 37, Sally was able to overcome those setbacks and earn a degree from San Diego State University. She currently runs a business with her cousin in Los Angeles.

“When you see her now, you can’t really tell there are any deficits,” Lai said, “and that’s true for most children with perinatal stroke. It just shows you the power of the brain and how it can recover after that initial injury.”

His sister’s experience sparked an interest in Lai, who wanted to study the brain and its connection to communication, language and behavior. That led him to the University of California, San Diego, where he earned a bachelor’s degree in cognitive science with a specialization in neuroscience.

Lai stayed in his hometown to pursue a master’s degree in psychology at San Diego State, then enrolled in a joint doctoral program through SDSU and UCSD. The two universities, along with the Salk Institute for Biological Studies, received a multimillion-dollar grant from the National Institutes of Health to study children with neurodevelopmental disorders.

“I wanted to stay there because I knew there were lots of different supports across the three institutions,” Lai said.

During his doctoral program, Lai was part of a research team that collected data on four groups of children ages 7-14 – typically developing children, children with high-functioning autism, children with Williams syndrome and children with left and right hemisphere brain injuries, including perinatal stroke.

The extensive project included one- on-one, recorded interviews with each child, as well as tests that measured their heart rate and skin response when they viewed images meant to evoke different emotions.

As part of his dissertation, Lai wrote about the brain’s recovery following a perinatal stroke, which occurs from the third trimester through the first month after birth, and its effect on language development.

The researchers also noted another finding.

Only two of the 26 typically developing children asked the experimenter questions during the one-on-one interviews. In contrast, a majority of the children with Williams syndrome, who tend to have lower IQs and higher levels of sociability, asked questions. The same was true of children with high- functioning autism, who have normal IQs but generally are less social.

“What we concluded is these two groups haven’t acquired the skills at this age range to learn the social display rules of their culture,” Lai said. 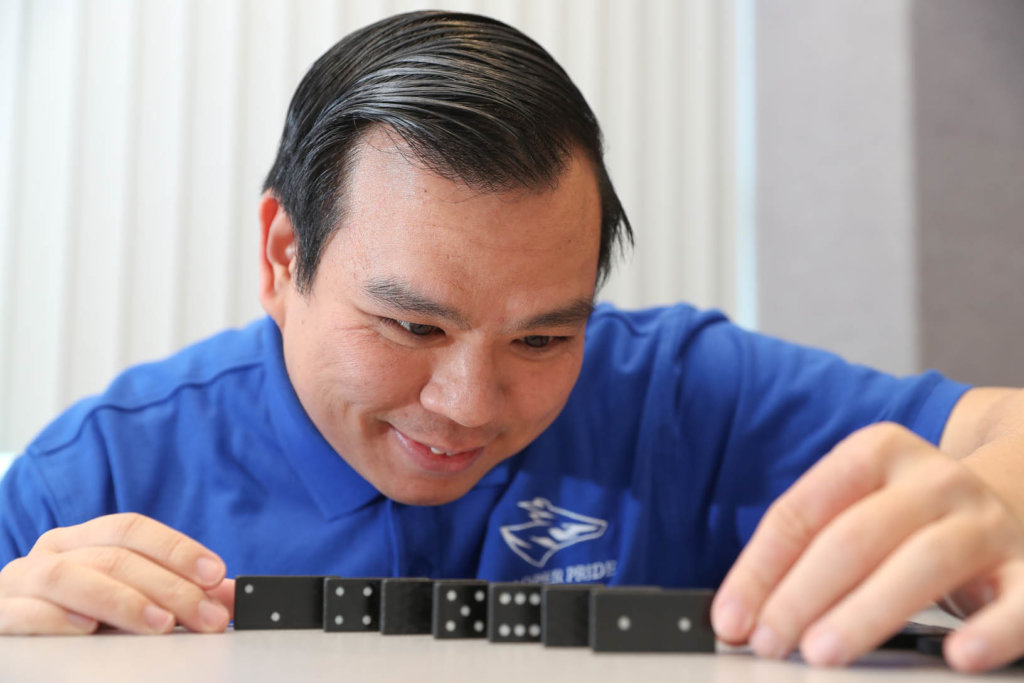 After earning his Ph.D. in language and communicative disorders in 2015, Lai found an opportunity to take a more in-depth look at autism spectrum disorders and their impact on children’s communication skills as a postdoctoral fellow at the University of Wisconsin-Madison.

Prior to his arrival, researchers at the university conducted a longitudinal study focusing on autistic children over a four-year period. The children’s language abilities encompassed the entire spectrum – half were verbal, and half were nonverbal at 2 1/2 years old.

Researchers recorded the children for 15 minutes during a play session with their mothers. The same sessions were repeated when the children were 3 ½, 4 ½ and 5 ½ years old.

Lai, who spent two years at Wisconsin, used this information to compare the ways verbal and nonverbal autistic children communicate with their parents.

His hypothesis: “I thought nonverbal children would gesture more and communicate in other ways.”

However, the observations didn’t support this theory. “Not only were the preverbal children not speaking, they weren’t gesturing at all, which meant that at this age range they were severely delayed in communication, whether it was through verbal or nonverbal means,” Lai said.

The good news, he noted, is a majority of those preverbal children were speaking by age 5 1/2.

Lai also looked at how the parents interacted with their children and noticed the mothers of preverbal toddlers made a lot more physical contact.

The connection, he believes, is preverbal autistic children communicate by whining or crying, and the mothers were trying to soothe them.

“If your child is not talking yet, they’re going to communicate in other ways,” Lai said. 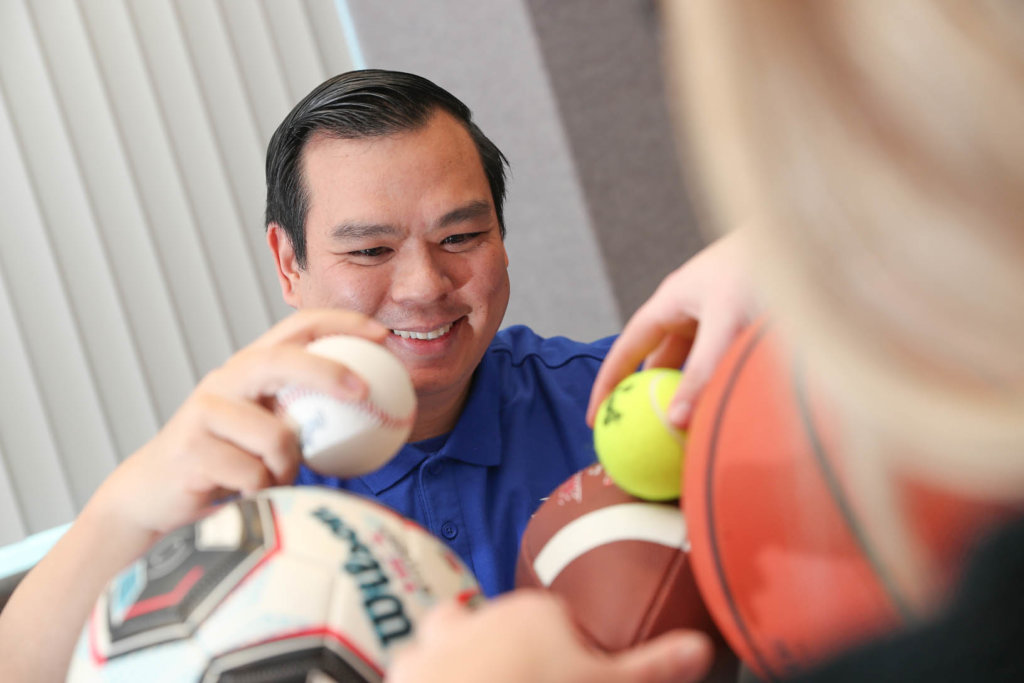 When Lai was hired by UNK in 2017, he brought the data from his doctoral and postdoctoral programs with him.

He’s currently working with a dozen undergraduate and graduate students, most of whom are using this information for research projects.

“It’s been very fulfilling as a professor to see them go through this process,” said Lai, who serves as a faculty mentor through UNK’s Undergraduate Research Fellows program.

The 36-year-old is currently writing a grant proposal to study children with autism in the Kearney area, and he serves as director of research at UNK’s LaVonne Kopecky Plambeck Early Childhood Education Center, which opened in November.

Located in UNK’s University Village development, the 19,900-square-foot facility provides early education for up to 180 children from infant to age 6, including those with special needs.

The Plambeck Center is also a lab school where undergraduate and graduate students can work directly with children while preparing for their future careers. This opens the door for numerous professional development and experiential learning opportunities, including observations, practicums, internships, student teaching, diagnostic testing and research.

Lai called the Plambeck Center a “great resource” for UNK researchers from a variety of fields, including education, communication disorders, family studies, psychology and kinesiology and sport sciences.

“We’re very excited to start collecting data at the new center,” he said.

Working in conjunction with Plambeck Center Director Deb Zuelow, the team is already gathering information from staff and parents using questionnaires that address topics such as stress, anxiety and physical and mental well-being.

Parents are also asked about their children’s social-emotional development, which includes sociability, personality and behavior.

Eventually, Lai said, they want to create research databases that can be shared directly with UNK faculty.

“It’s an exciting time,” he said. “There are great possibilities.” 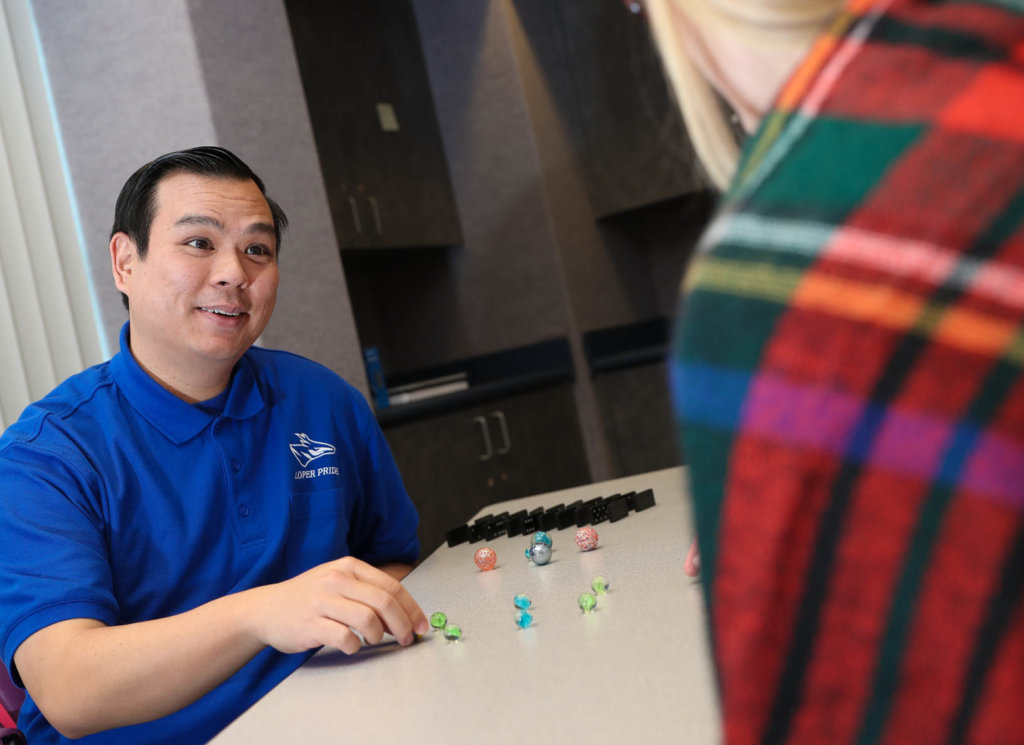 For the past three years, he’s received grant funding through NASA’s Established Program to Stimulate Competitive Research (EPSCoR) in Nebraska to study teamwork and communication in adults.

The research is aimed at improving collaboration and reducing anxiety among astronauts aboard the International Space Station.

In Year 1, Lai focused on how individuals communicate after completing tasks with varying levels of difficulty.

He purchased different sports balls and marbles, then designed the tasks, such as stacking the balls or placing the marbles in a certain pattern. Some were easy, and others were more difficult.

Once a test subject was done with an activity, they were taken into a room for a one-on-one interview Lai recorded.

“We wanted to see, depending on the task, would they communicate differently,” Lai explained.

The experiment went a step further in Year 2, when Lai formed teams of three individuals who had to work together on these tasks while the camera was rolling. They were then isolated for one-on-one interviews.

The experiment is intentionally conducted in a small room, simulating the isolation and close quarters astronauts experience in outer space.

“We want to determine whether a smaller space has an effect on cognition and communication,” said Lai, who is assisted by UNK graduate students.

The next step, which started in January, looks at whether certain personality traits positively or negatively impact teamwork.

Using questionnaires, Lai ranked each participant by their personality type, then matched them with other subjects who share the same traits.

Will the outgoing, ambitious group clash with each other? Can people who are shy and relaxed come together to accomplish a task? Or does it even matter?

Each team will meet a total of three times before Lai and his graduate students review the footage.

Like his other research projects, verbal and nonverbal cues will tell the story. 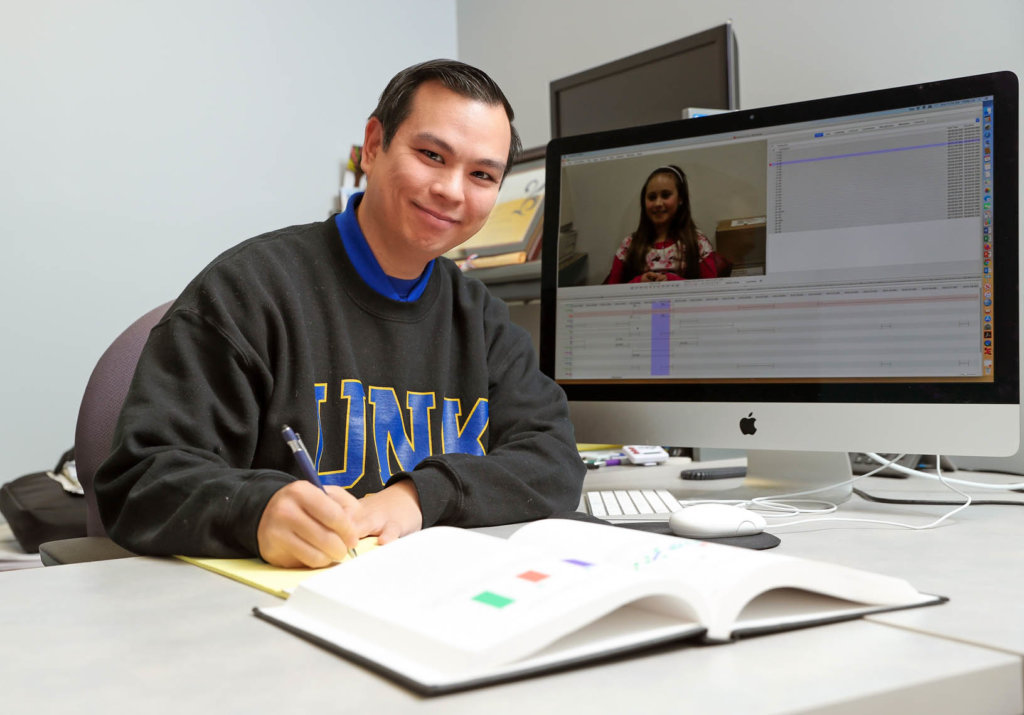